:
Agricultural products such as cassava produce huge amounts of waste when processed into consumable goods. The waste generated is generally considered to contribute largely to environmental pollution. This study therefore investigates the waste management practice that is adopted by cassava processors in Ogun State, Nigeria. Five local government areas (LGAs) dominant in processing cassava were selected for the study on the basis of spatial location distribution, landmass, and population. The survey involved the use of structured questionnaires administered to cassava processors of the selected LGAs. The Statistical Package for Social Sciences (SPSS) software application and descriptive statistics were used for data analysis. Results of the analysis show that the majority (70%) of the cassava processors are females. Cassava peel constitutes 10% of the waste produced, of which 91% is heaped at refuse dumps in most communities. Results also reveal that 86.3% of cassava residues are used for animal feeds. Other findings show that the peels, when dried, are used as biofuel for cooking and there is a significant potential for biogas production. From the data captured from respondents during the study, most processors are willing to pay for an improved waste management system. The study therefore recommends the proper waste management of cassava waste to minimize environmental pollution.
Keywords:
solid waste management; environmental pollution; agricultural waste; cassava waste; biogas generation; sustainable technology

Solid waste management is the most pressing environmental challenge faced by urban and rural areas of Nigeria, with a population exceeding 170 million people. Among several wastes generated by this huge population is agricultural waste. Improper handling of agricultural waste has raised a significant challenge in the past decades. In 2016, agriculture contributed 19.17% to the gross domestic product (GDP) of Nigeria and it also generated large amount of waste materials. Nigeria is involved in growing and producing many food crops. One of such crops is cassava, a starchy staple food crop which has the ability to resist drought and diseases. In 2012, the production of cassava worldwide was estimated at over 260 million tonnes, with Nigeria being the largest producer, contributing over 20% of the global production [1,2]. In Nigeria, cassava is mostly produced and processed by small-scale farmers at the family or village level. Cassava provides a reliable and inexpensive source of carbohydrates for people in Sub-Saharan Africa, especially in Nigeria, where its production, processing, and consumption is most predominant and significant on a global scale [3,4]. It also provides different job opportunities for both men and women from the production stage until it gets to the final stage. There are indications that the domestic demand for cassava, particularly as a staple food, tends to outweigh the demands of the industrial sector. As farmers are unable to meet their demand, some industries are now engaging in the direct production of their cassava requirements.
Globally, 60% of the cassava produced is mostly used for consumption in numerous forms by humans, while the animal food industry uses about 33% of the world production. The remaining 7% is used by industries to produce products such as textiles, paper, organic acids, flavor and aroma compounds, and cassava bagasse [5]. Three main types of residues are generated during the industrial processing of cassava: peels, solids, and wastewater. These wastes are poor in protein content, but their residues are very rich in carbohydrate and are generated in large amounts during the production of ‘garri’ and cassava flour from the tubers. The cost associated with the handling and disposal of these wastes constitutes a huge financial burden to the cassava-processing industries in most rural regions of the country. As a result of this challenge, most rural cassava processors choose to dispose the cassava-processing wastes generated into the environment. These wastes have been identified to be toxic to the environment [2,4,6].
The technology of processing cassava roots predominantly includes peeling, grating, dewatering, fermenting, drying, frying, etc. The type and composition of the waste depend on the processing method and type of technology used [7]. In most cassava-processing communities, several tonnes of cassava peels are generated as a waste product from the processing activity and are generally considered to contribute largely to environmental pollution [8]. With an expected increase in cassava production, it is also expected that waste generation will continue to rise. Even though cassava peels can be used as feed for livestock, the quantities generated and the remoteness of many of the communities where processing takes place leave behind a lot of waste, which is burnt or left to rot, with many environmental consequences [9]. Tonukari et al. [10] presented a report of a cassava starch production center which produces 100 tons of tubers per day, with an output of about 47 tons of byproducts. This output may cause environmental problems when abandoned in the surroundings of processing plants or carelessly disposed. The basic form of cassava flour production comprises sorting, weighing, peeling, washing, grating, machine/milling, detoxification, dewatering, granulation, drying milling, sieving, and packaging [11,12].
Management of cassava waste varies across several processing centers in the country, and over 55% of waste generated from its processing is disposed in dump sites. This implies that a great number of cassava processors do not get benefit from the waste they produce [13]. The majority of the cassava peels in Nigeria are abandoned close to the processing site, while some are used for landfilling or burnt. This approach causes a serious threat to the environment and a health hazard to processors and communities [2]. Oparaku et al. [14], from their experiment, expressed that cassava wastes can be used as a biogas substrate, either as a standalone raw material or in combination with livestock manure. Attempts have been made by various researchers to produce products such as organic acid, flavor and aroma compounds, methane and hydrogen gas, enzymes, ethanol, lactic acid, biosurfactant, polyhydroxyalkanoate, essential oils, xanthan gum, and fertilizer from cassava bagasse, peels, and wastewater [2,5,12,13,15,16].
Furthermore, prior studies on cassava waste management [2,4,13] focused on different aspects of cassava waste management; however, there is still a dearth in the literature of studies that combine the potential in the reuse of cassava waste, gender composition of cassava processors in Nigeria, and also factors affecting the willingness to pay for cassava waste management in Ogun State. According to Echebiri and Edaba [17], there is a high positive correlation between the increase of cassava production and the estimated demand for the commodity. It was also found that the waste disposal habits of the people, corruption, work attitude, and inadequate plants and equipment, among others militate against effective waste management in Nigeria [18]. From the foregoing, there is a need for better management and utilization of these waste residues through a better waste management system. It is against this backdrop that this research investigates the potential for an integrated cassava waste management strategy with a focus on Ogun State, Nigeria. Furthermore, this study examined the waste management systems presently in use by cassava processors and their willingness to pay for a value-added solid waste management system.
The main objective of this study is to investigate the cassava waste management methods in Ogun State. Other specific objectives of the study are to:

This study focuses on five local government areas (LGAs) (Yewa North, Odeda, Ijebu North, Ijebu East, and Remo North LGAs) (Figure 1). These local government areas are dominant in processing cassava. A total of 500 questionnaires were administered to selected cassava processors, with 100 questionnaires in each of the LGAs. Figure 2 shows the typical cassava crop harvest while Figure 3 (a–c) shows the activities in one of the cassava-processing factories. In line with Omilani et al. [2], a survey research design was used for this study as it was appropriate because the nature of the research requires the investigation of the opinions and experiences of a group of people by asking them questions.

A good representation of the population was chosen from each local government area where cassava processing is prominent for proper evaluation and analysis. The questionnaire was constructed to provide precise and accurate answers through closed-ended questions. The questions were derived from the statement of problem, research questions, research objectives, and hypothesis for testing. Section A dealt with personal data of the respondents, while section B addressed hypothetical questions. The questionnaires were administered to participants that were educated, while those that were not literate had the questionnaires read and interpreted to them in order to get their responses. All the questionnaires administered were retrieved. A structured interview was also used to elicit information from the respondents.

The reliability test utilized in this research is Cronbach’s alpha reliability test. A result obtained for a sample should be of a reliability of 0.70 or even higher before the research instrument can be used. This study makes use of tables, percentages, and various statistical techniques in the presentation and analysis of the data collected at the significance level of 95%; that is, at the 5% error limit. The data generated through the questionnaire were analyzed through the aid of a computer application, Statistical Packages for Social Sciences (SPSS). In specific terms, the frequency distribution, simple percentage, and mean were deployed in the data analysis.

From the findings, the study therefore recommends the following:

The authors are grateful to the management of Covenant University for providing an enabling environment in doing the report of this research work. We also appreciate the members of the communities in the selected local government areas for making available information that led to the success of this work and giving access to their communities. 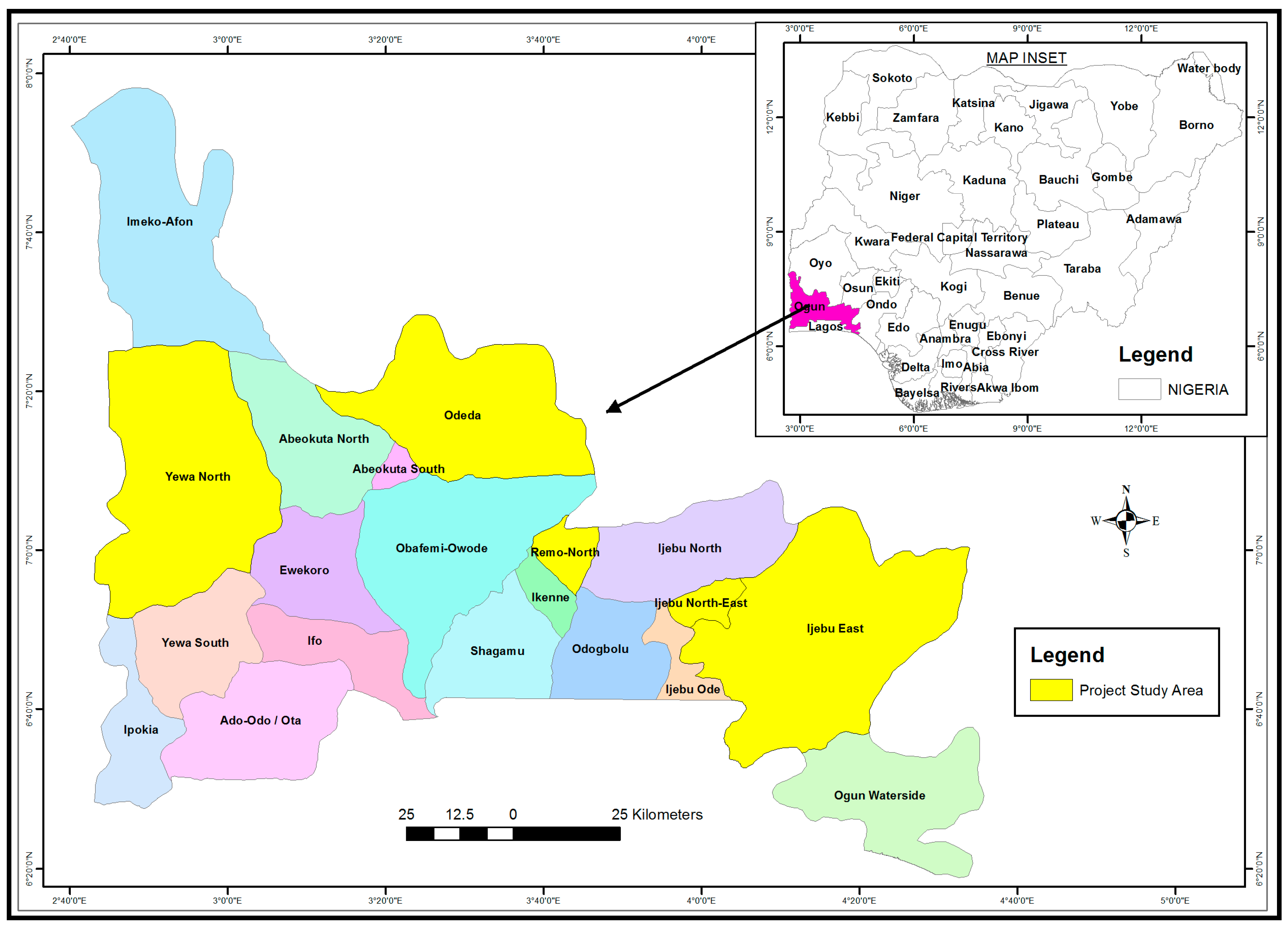 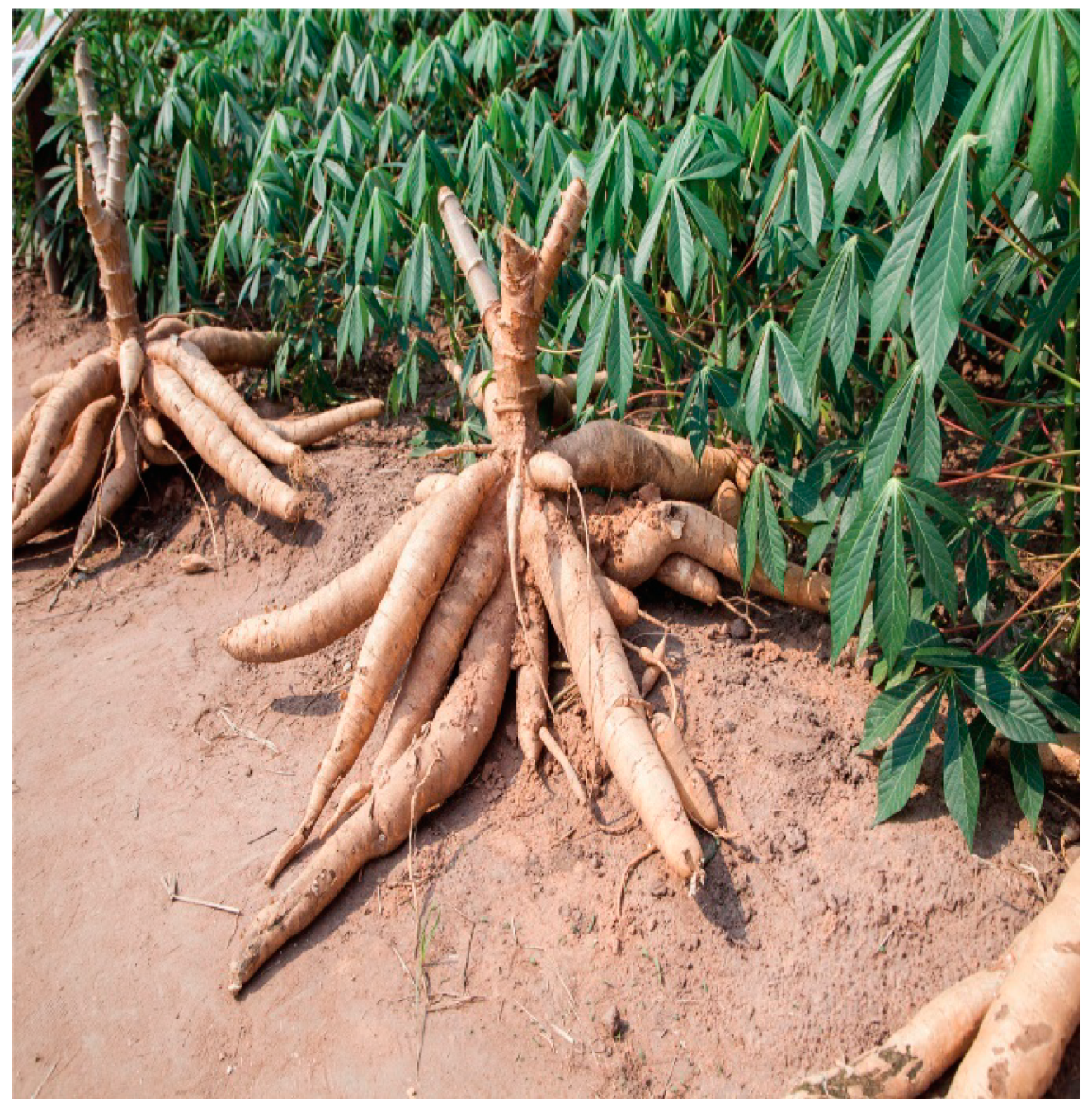 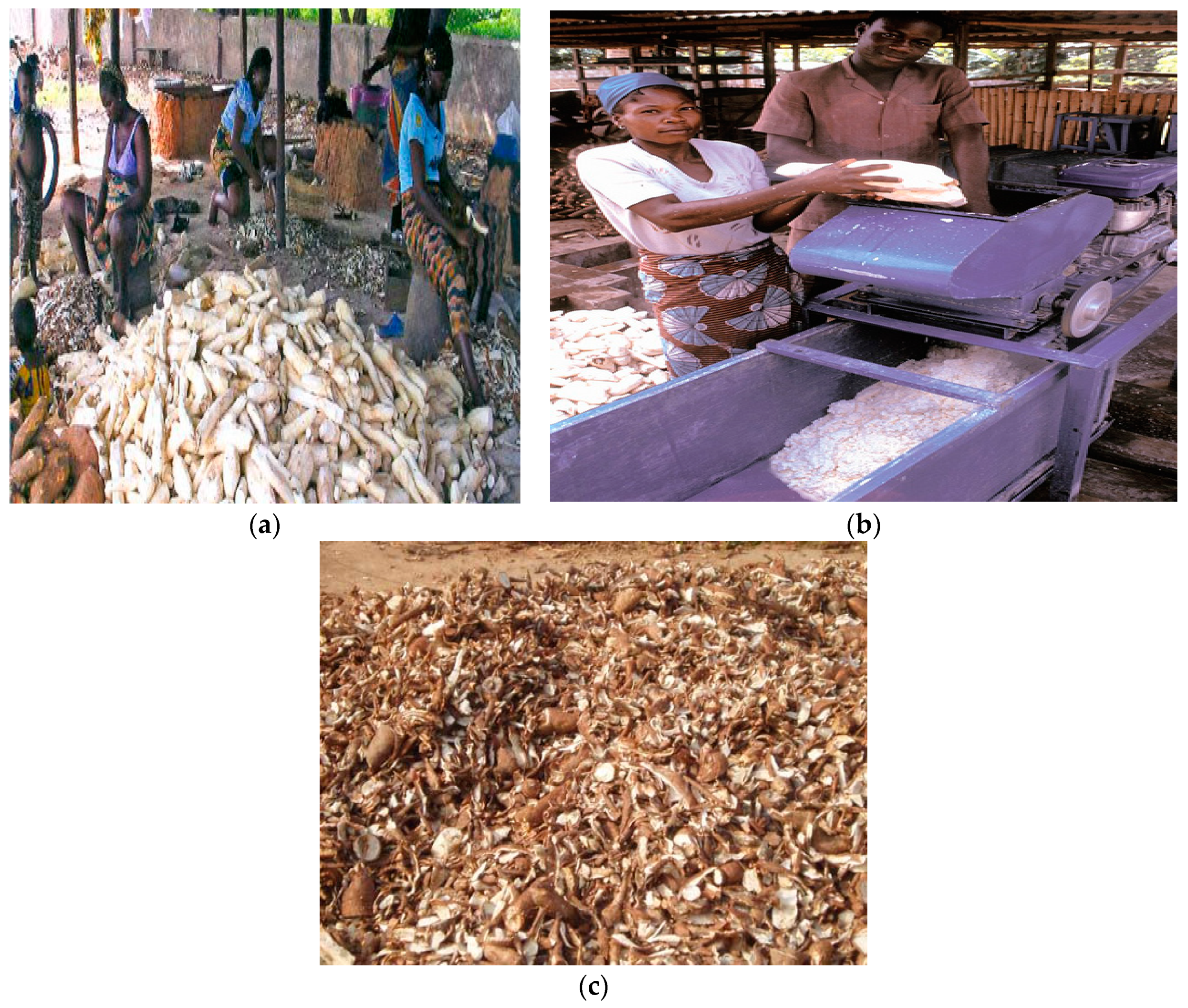 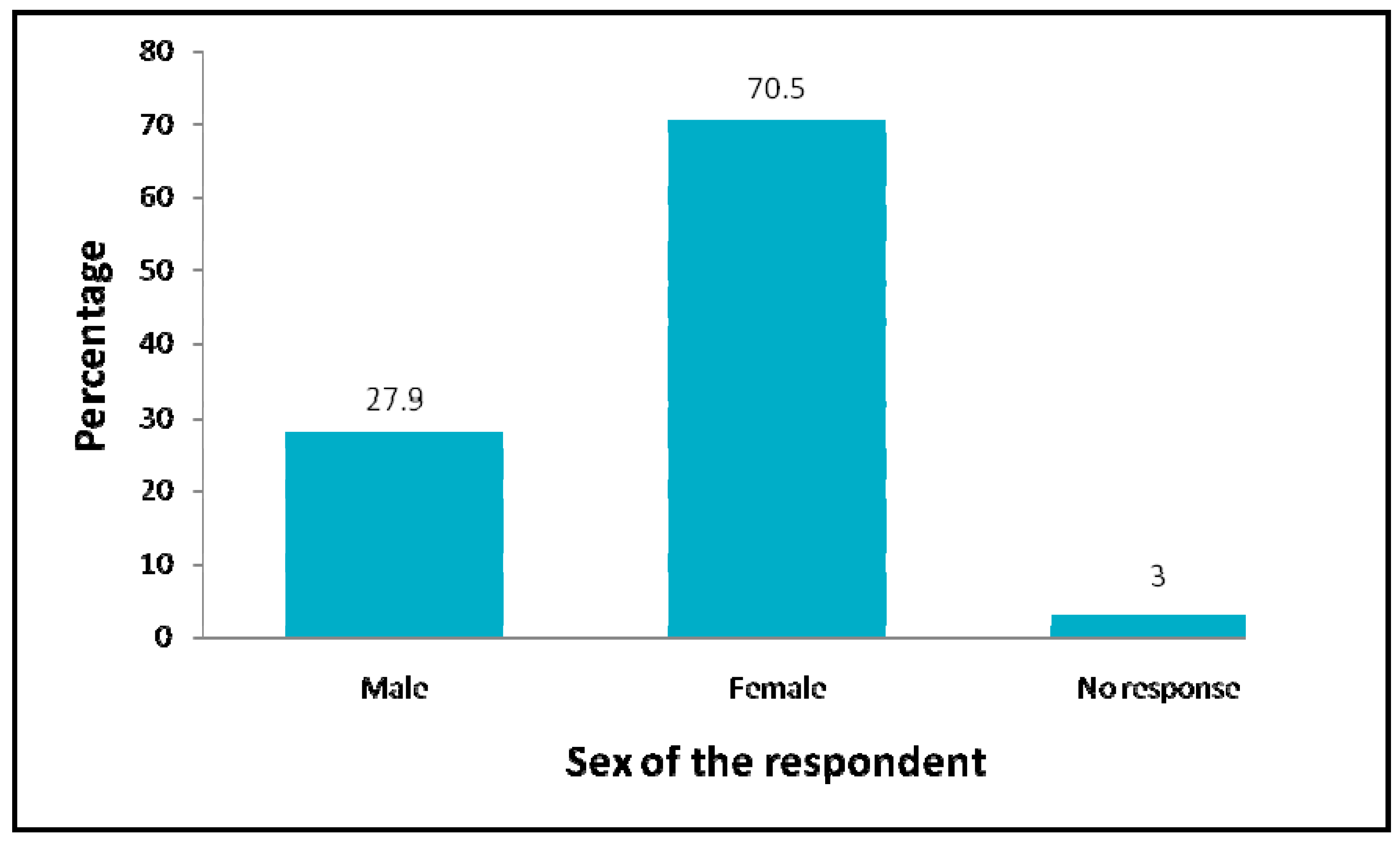 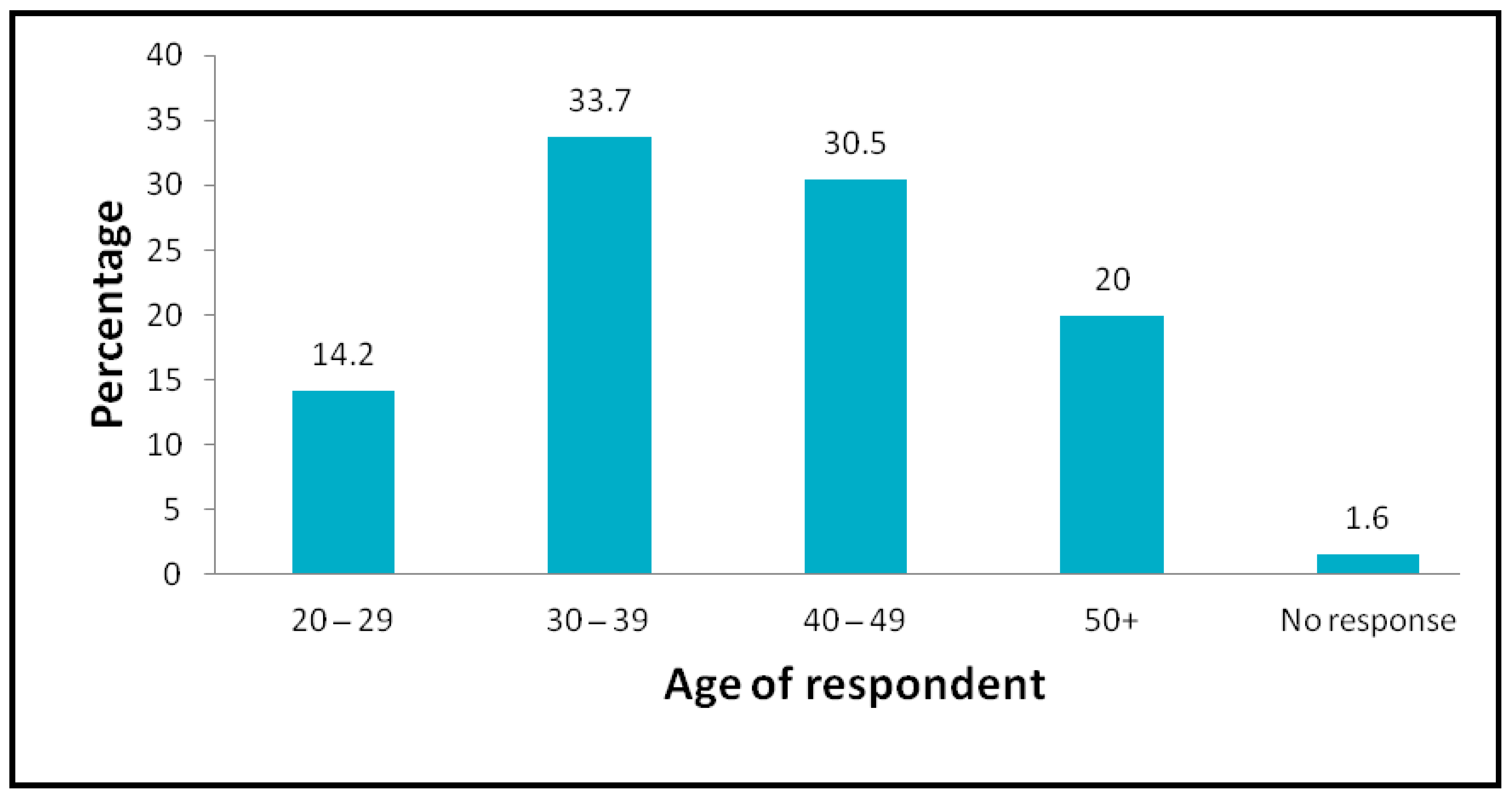 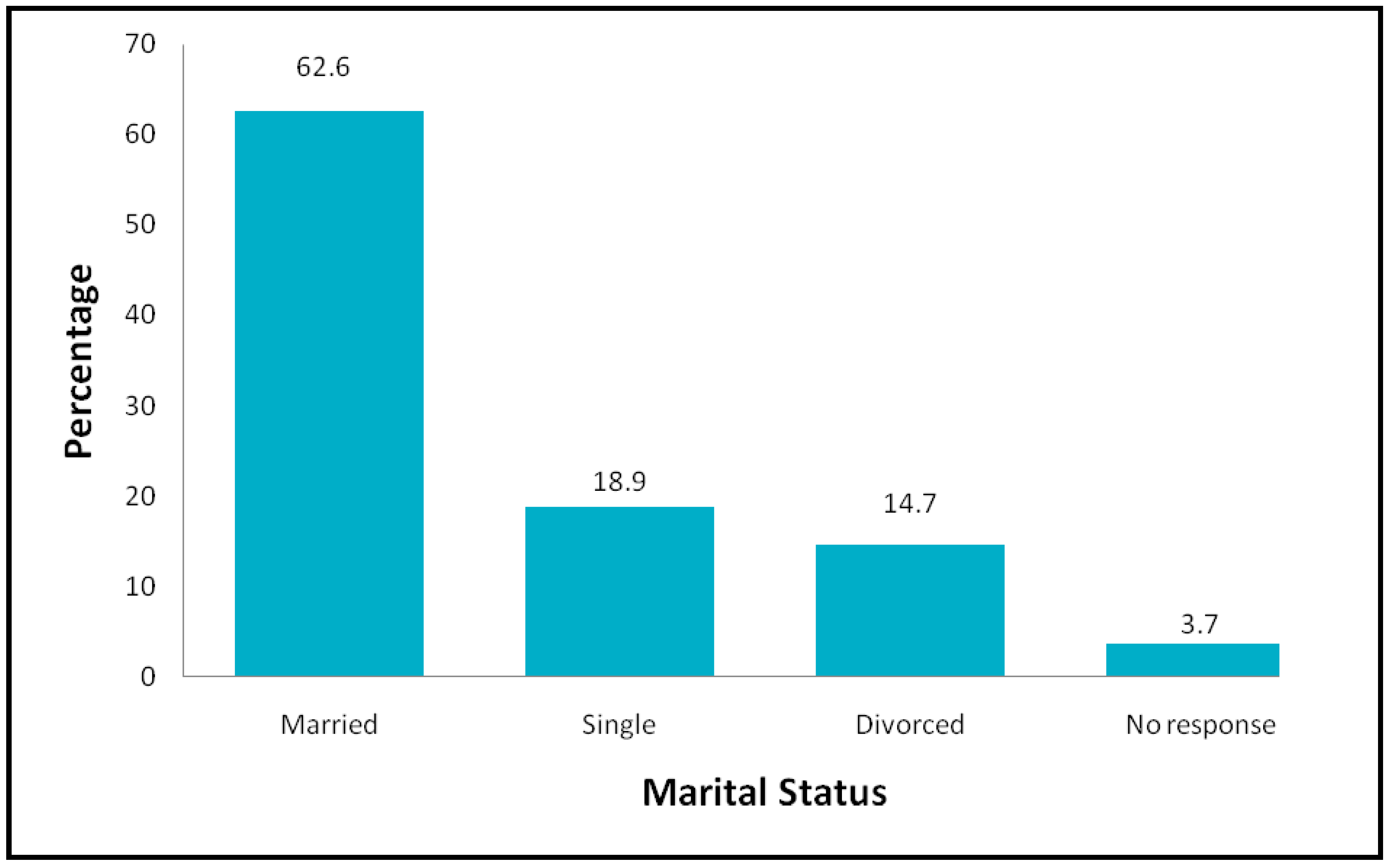 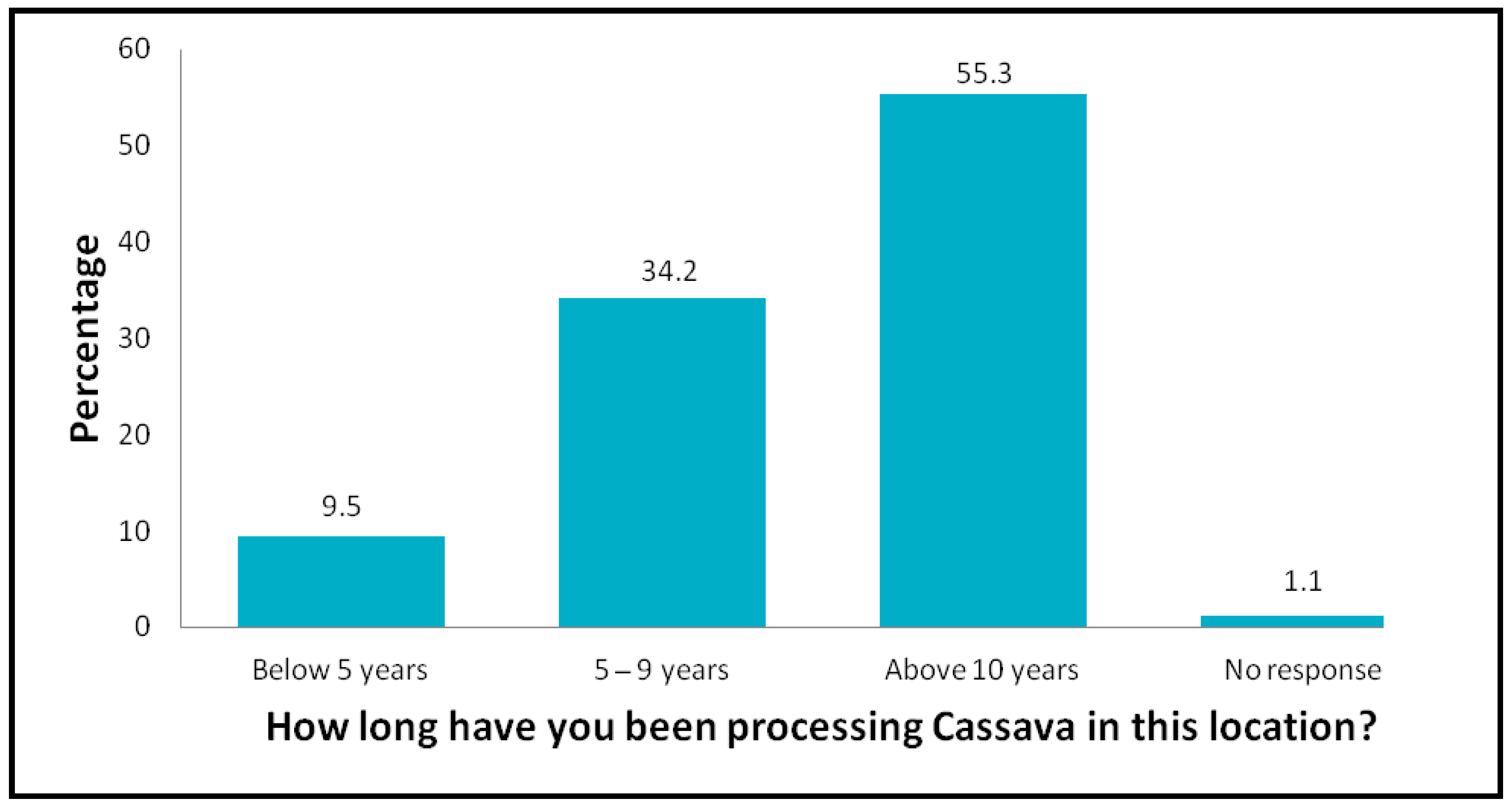