In Japan, where soy sauce production and the fishery industries thrive, soy sauce squeezing residue (SSSR) and fishmeal, which are operational byproducts of these sectors, are produced as waste materials for recycling. SSSR and fishmeal have resulted in accidents due to spontaneous ignition and oxygen deprivation, which are believed to have been caused by the heat generated through fermentation or oxidation; consequently, it is desirable to develop measures that prevent such accidents during storage and transportation. In this study, we assessed the hazards associated with the spontaneous ignition and oxygen deprivation of SSSR and fishmeal in storage areas using thermal and gas analysers, focusing on the heat produced by fermentation and oxidation. We also used Frank-Kamenetskii theory to determine the relationship between pile height and the ambient temperatures at which spontaneous ignition and oxygen deprivation occur. Our results suggest that oxygen deficiency may occur in a well-sealed storage facility in which oxygen is consumed by fermentation. For example, the oxygen concentration can drop below critical safety thresholds in the case of SSSR, even when stored below 25 °C, particularly when the moisture content is high. However, when a sufficient amount of oxygen is present and the material is stored in large deposits in a well-insulated facility, fermentation causes the temperature to increase, leading to the oxidation of fatty acid esters and eventually fire; when SSSR or fishmeal is maintained at temperatures near 40 °C, their temperatures can increase to 250 °C within approximately 30 h. Furthermore, the results of this study also demonstrate the need to consider pile height in storage areas in order to prevent accidents due to spontaneous ignition and oxygen deprivation; the critical ambient temperature at which heat accumulates is estimated to be between 20–30 °C, at a bulk density of 0.3 × 103 kg/m3, and a pile height of 3 m. View Full-Text
Keywords: accidents during storage; fermentation; oxidation; thermal and gas analysers; Frank-Kamenetskii theory accidents during storage; fermentation; oxidation; thermal and gas analysers; Frank-Kamenetskii theory
►▼ Show Figures 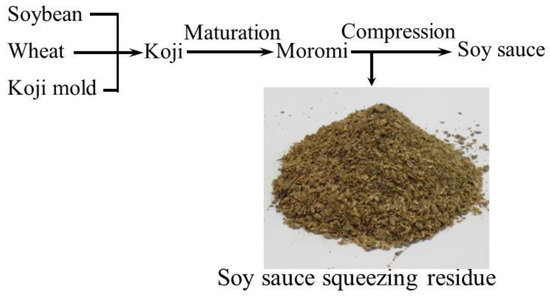