Procedural Information and Behavioral Control: Longitudinal Analysis of the Intention-Behavior Gap in the Context of Recycling
Next Article in Special Issue

Social Acceptance for Reclaimed Water Use: A Case Study in Bengaluru

The main source of water to the peri-urban areas of Bengaluru is groundwater. Access to groundwater is through tankers, private borewells, Bruhat Bengaluru MahanagaraPalike (Urban Local Body) borewells, and public stand posts. All modes other than tankers provide water to the community free of charge. Reclaimed water from sewage treatment plants (STPs) is in use by industries and some gated communities and multistoried apartments for toilet flushing and landscaping. For individual households in peri-urban areas of Bengaluru, it could be an additional water source replacing expensive water supply through tankers; reducing demand for groundwater (a finite resource); improving the sanitation system by providing drainage systems and preventing groundwater contamination from black and grey water. Consequently, this research paper investigates the willingness of residents in peri-urban areas of Bengaluru to use reclaimed water for non-potable end uses. To investigate residents’ willingness and key motivations for the use of reclaimed water, a survey of residents in the peri-urban ward of Bellandur was conducted. In this region, the sewerage board had prepared a media advertisement to create awareness of—and to sell—reclaimed water to other users, including local residents. This advertisement was shown to respondents, asking if they were willing to accept and buy the reclaimed water at 15 Indian Rupees (INR) per kiloliter. Sixty-seven percent of residents who were household owners were willing to buy reclaimed water, 20% were concerned about hygiene, and 33% of respondents lacked trust in the public agency with respect to water quality standards. The study concludes that public awareness from key stakeholders is essential for the reuse of reclaimed water. It also recommends stringent regulation by levying fees for groundwater extraction in addition to making reclaimed water readily available and supplied free of charge to the consumers. In addition, the quality of reclaimed water should meet international standards to gain the confidence of the people. View Full-Text
Keywords: reclaimed water; reuse; social acceptance reclaimed water; reuse; social acceptance
►▼ Show Figures 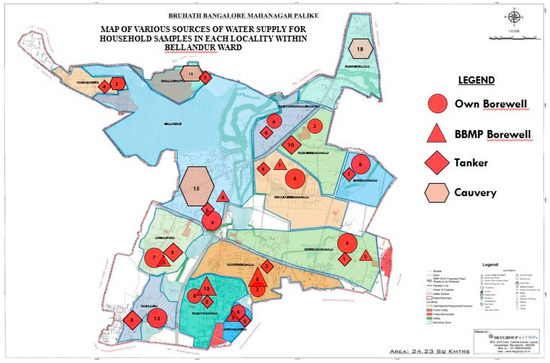