:
Lithium ion batteries play an increasing role in everyday life, giving power to handheld devices or being used in stationary storage solutions. Especially for medium or large scale solutions, the latter application confines a huge amount of energy within a small volume; however, increasing the hazard potential far above the common level. Furthermore, as the safety hazards of lithium ion cells have been known for years, impressively shown by several burning cars or laptops, the need for a further enhancement of the safety of these systems is rising. This manuscript presents measurements of the gas emission from lithium ion batteries in case of a malfunction for different scenarios, showing a large variety of species with mostly toxic to highly toxic properties. The measurements were carried out using a combination of gas chromatography-mass spectrometry (GC-MS), quadrupole mass spectrometry (QMS), photoacoustic spectroscopy, and chemical analysis. It is shown that the inflammation of a cell can be overcome, also preventing a cascading effect to neighboring cells, but giving rise to worse toxic gas emission. Furthermore, a filtration concept is presented that decreases the concentration of the emitted components significantly and promises filtration below immediately dangerous to life or health (IDLH) equivalent levels.
Keywords:
lithium ion; battery safety; thermal runaway; cell venting; health hazard; gas filtration

Energy storage is one of the key topics of scientific and engineering research in order to provide a reliable concept for the power supply in the future. The technical requirements for storage technologies differ strongly depending on the specific application. While a short, and even ultra-short, storage of energy is needed for power grid stabilization, the growing market share of renewable energy sources constantly increases the need for 24 h energy storage solutions [1]. Conventional battery technologies, like lead-acid batteries, simply do not reach the requirements in terms of power and energy density to overcome this shortage in power storage demand [2,3]. The most promising technology to solve this problem for the next decades is lithium ion technology. With their advanced state of technology and the wide operation in consumer electronics, lithium ion batteries are the perfect candidate for e-mobility, clean room, or critical infrastructure power solutions and even large scale stationary energy storage [4,5,6].
Nevertheless, safety issues become more and more important, because of the increasing energy content in storage devices. In recent years, several accidents have shown the hazard potential of lithium ion cells; primary safety hazards are the ignition of the cell and its toxic emission gases [7,8].
This work presents investigations on the gas emission from off-the-shelf, large-scale lithium ion batteries for different enclosure conditions in case of an internal failure and demonstrates the feasibility of a fire prevention setup, as well as a filtration of the hazardous components.

Figure 1 shows the experimental setup used for the emission measurements; three different scenarios have been under test. For each scenario, the lithium ion cell was mounted at the bottom of a plastic barrel (120 L, polyethylene (PE)). Pouch cells consisting of a layered cathode crystal structure from a composite complex of nickel, manganese, and cobalt (NMC) with an electrical capacity of 40 Ah (LiTec Battery GmbH, Kamenz, Germany) were used. The cell’s anode material is graphite. From the cell’s material safety data sheet it is known that the electrolyte composition is based on ethyl methyl carbonate (EMC) and ethylene carbonate (EC) in unknown weight ratios using lithium hexafluorophosphate (LiPF6) as the conducting salt. In order to provoke a reproducible and strong reaction similar to the event of an internal failure, the setup was equipped with a penetration test device (mass: 1.7 kg; height: 0.8 m; nail diameter: 3.8 mm), for a test similar to SAND2005-3123 [9]. Each cell under test was slightly overcharged to about 4.3 V in order to guarantee a thermal runaway after the nail penetration device was triggered. A pumping system with integrated temperature, pressure and flow sensors (DESAGA GS 212) was used to carry the emission gases to the analytics setup. The pumping system consisted of one suction regulator per measuring device, these are one for the activated charcoal tube, one for the silica gel tube and one for the wash-bottle with sodium hydroxide. Therefore, the suction regulators were operated in parallel in order to guarantee similar flow characteristics for each measuring device. The suction regulators’ flow rates were set to around 1.5 L/min. The gas mixture was led by polytetrafluoroethylene (PTFE) tubing to the aforementioned analytics. The tubing for each measuring device was of similar length and chosen as short as possible (1–2 m); moreover it was not externally heated and at ambient temperature. Although this can lead to condensation of gas in the tubes, this effect can be neglected for a relative comparison between the three scenarios.
The experimental scenarios can be described as follows:

(1)
Catching fire: a single bare lithium ion cell is mounted within the barrel. The barrel is shut partly by a cover, which prevents the barrel from explosion but retains most of the emission gases. PTFE tubing leads the gas mixture to the analytics.
(2)
Fire prevention: conducted as Experiment 1, the cell under test is, additionally, wrapped within a specially-developed textile composite structure which is gas permeable but prevents flying sparks (FlotreX S500, Knein Technische Textilien GmbH, Herzogenrath-Merkstein, Germany). This cover material is made out of three layers: a fiberglass mesh, a finely-pored pure glass fleece, and a knitted fabric made of stainless steel-reinforced para-aramid fibers. Video “Experimental Setup Scenario 2” in Supplementary Materials presenting this particular experimental setup is available in the online version.
(3)
Gas filtration: the experiment, as described under 2 is repeated using a tightly sealed barrel with a gas filtration unit mounted on top. The unit consists of five different stages: a particle filtration grid, three pellet layers of 18 dm3 activated charcoal, 9 dm3 potassium permanganate and 9 dm3 activated alumina, as well as a fine particle filter (CCP 610/210/510, SF 14, Viledon Freudenberg, Weinheim, Germany) (Figure 2). A gas bag is used to collect all gas emission behind the filtration; the PTFE tubing is inserted into this bag.

First investigations on the emission gases from lithium ion cells and former works [10,11,12] showed, that a large variety of species were to be expected. As no state-of-the-art analysis system is known that is capable of a cross-sensitivity free detection of all expected emission components, different spectroscopic and chemical analysis techniques were combined. Gas chromatography-mass spectrometry (GC-MS) was used to detect larger molecules, mainly volatile organic compounds, starting from about four carbon atoms per molecule. Smaller components were determined via quadrupole mass spectrometry (QMS), starting from 1 u. In order to get insight in the time dependence of the reaction, an optical sensor based on quartz-enhanced photoacoustic spectroscopy (QEPAS) was used to detect CO, exemplarily. For its radical behavior, HF was determined chemically via ion chromatography (IC) and conductivity measurements. In order to suppress reactions with other species before its detection the HF was dissolved in wash bottles; see Section 2.2.3 for details. It is assumed that all detected fluoride ions result from dissociated HF.

A commercial gas analyzing system (MFM Analytical Systems, Multigas Analyzer MGA, Clausthal-Zellerfeld, Germany) is employed to determine the composition of the filtered gas. The MGA uses a quadrupole mass spectrometer together with the combination of a turbo molecular pump and a scroll pump. The internal gas inlet system consists of an ultra-high vacuum (UHV) leak valve, thus having no influence on the gas composition in contrast to other common setups, e.g., capillary tubes.
For the quantitative analysis of the mass spectra, background spectra prior to the gas dosage were subtracted from the measured data. Fragmentation intensities for all gas components have been taken from Stein [13] or own measurements. Due to a lack of references for some of the detected compounds, no correction for relative sensitivity factors was carried out.

Gaseous samples for the fluoride determination were collected in wash bottles filled with 40 mL 0.1 M NaOH, each. Portion of the samples were transferred to a Metrohm 761 Compact IC ion chromatograph (Herisau, Switzerland). An ASUPP 4 column with a mixture of 1.8 mmol Na2CO3/1.7 mmol NaHCO3 was used as eluent. Detection was performed by conductivity measurement. The detection limit for HF is 0.7 ppm and the measurement was performed according to VDI guideline 2470.

In order to gain additional information about the processes and its emissions, an optical sensing scheme was used. QEPAS exploits highly resonant micro tuning forks to detect the photoacoustically-induced sound wave emitted by the target gas mixture [14]. As this technique uses the optical absorption features of the target species for detection instead of measuring their mass, an additional set of information can be acquired to overcome uncertainties of the other detection methods (e.g., molecules with identical mass). Furthermore, QEPAS enables an online measurement, giving information about the temporal behavior of the signal. As one critical component of the presented measurements, CO was chosen as target gas; optical excitation is achieved using a fiber-coupled distributed feedback (DFB) diode laser near 1570 nm.

By the outgassing of a lithium ion battery due to a thermal runaway, a dangerous gas mixture with highly explosive, hazardous, and carcinogenic components is released. If no counteractive measures are taken, the cell’s failure leads most likely to an ignition, which must be excluded, as there is a great risk of a cascaded runaway of adjacent cells. However, with an inflammation of the battery gas, some of the hazardous substances get oxidized into harmless reaction products, as shown by the performed measurements. If the ignition of the cell is prevented, which can be done most effectively by a textile composite, the gas emission is far more dangerous. Consequently, a gas filtration system has been developed by which adsorption or neutralization processes reduce the concentration of the hazardous components. In a first trial, a selection of filtering materials and a subsequent analysis of the gases released by the filter unit showed very promising results, reducing the concentration of all relevant components well below the amount of the inflammation measurement. The success of these experiments conducted once, will be used in further investigations in order to realize a reliable and cost efficient filter unit which reaches IDLH, or comparable values, for all relevant emitted species.
The combination of the flame-inhibiting textile and the gas filter unit may be used in stationary systems for home storage, or even large scale storage applications, enhancing the security level of the state-of-the-art battery storage to the next level without changing the fundamental cell design.

Financial support from the investment and development bank of Lower Saxony (Project No. ZW3-80140889) is gratefully acknowledged. 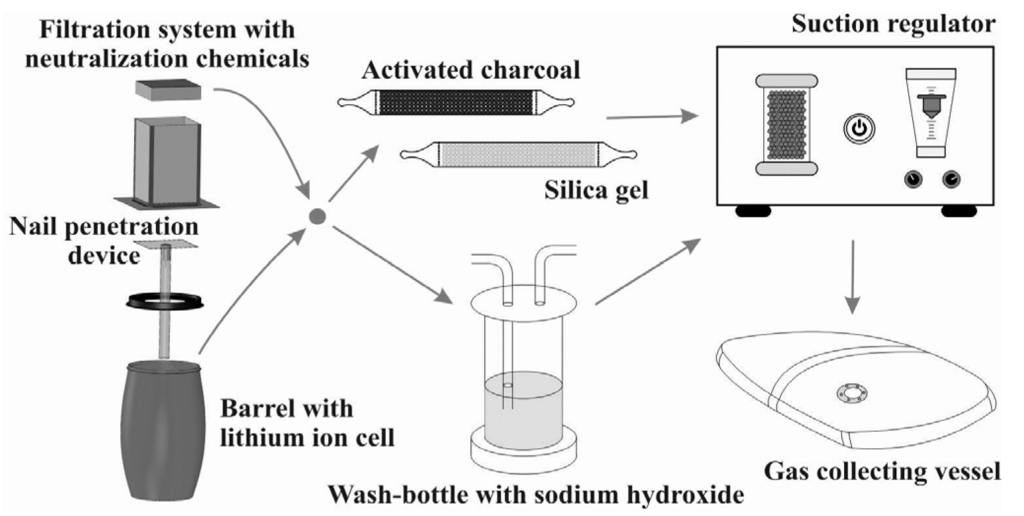 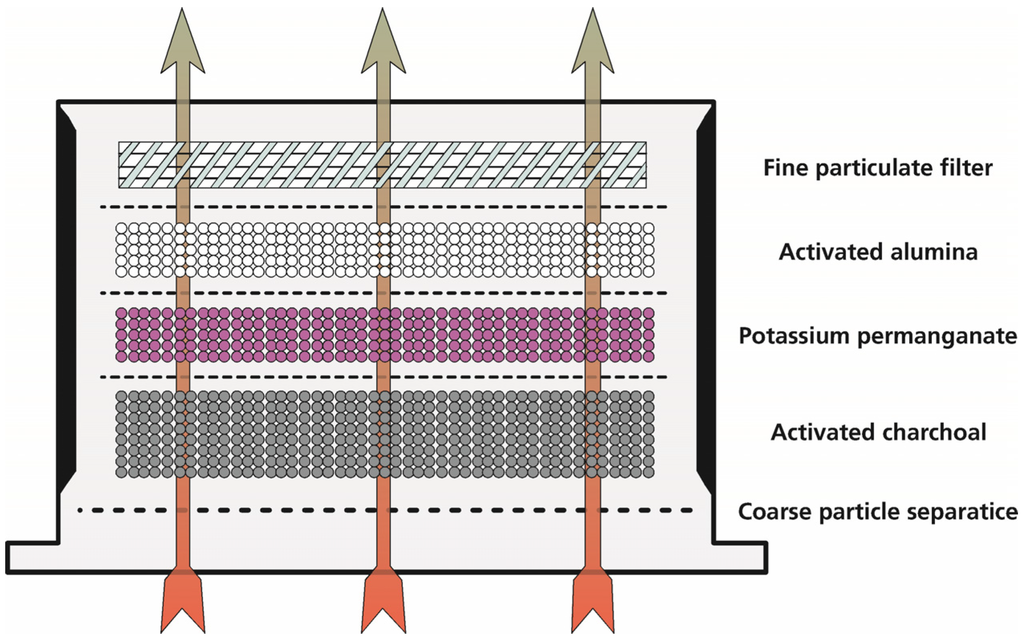 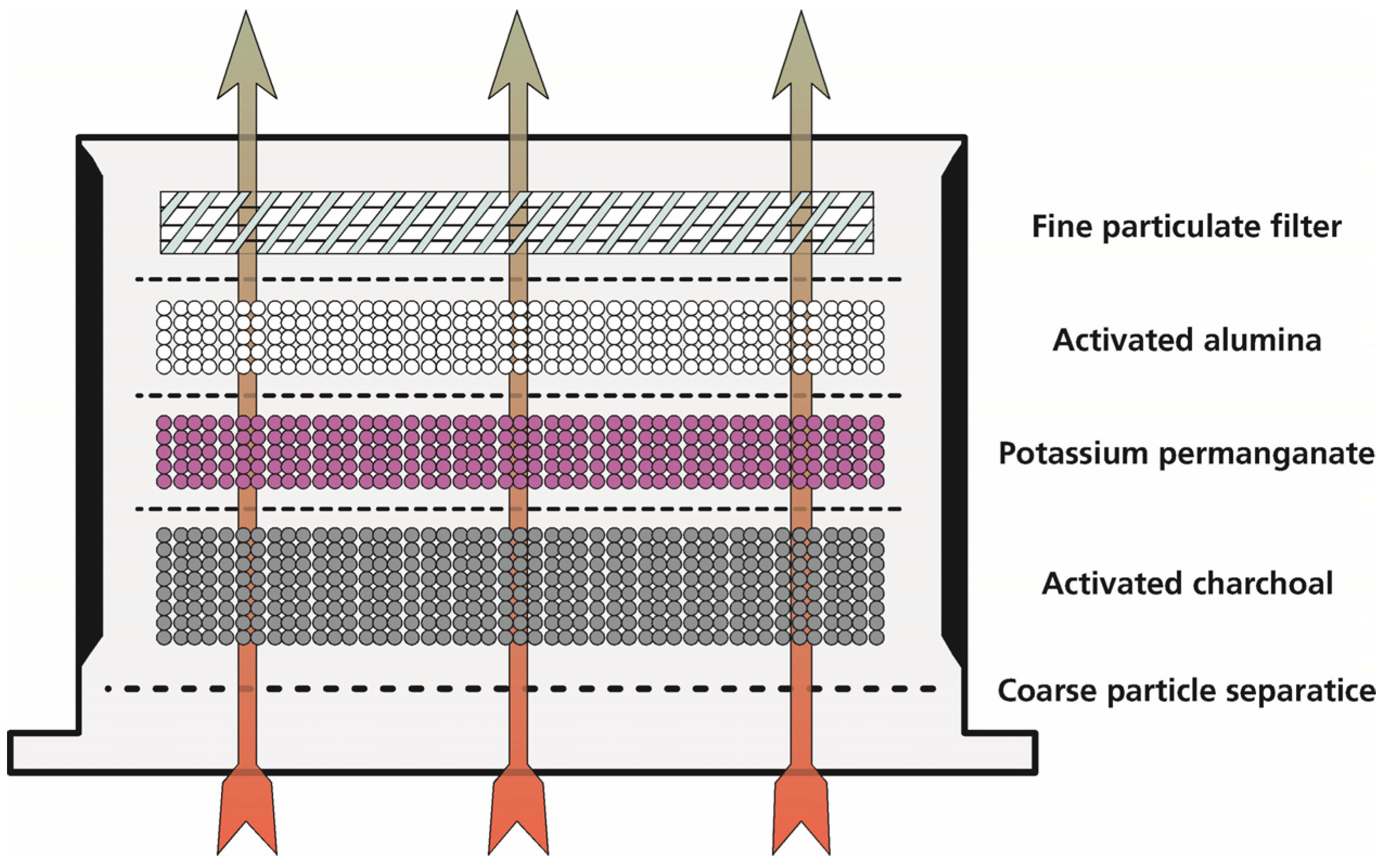 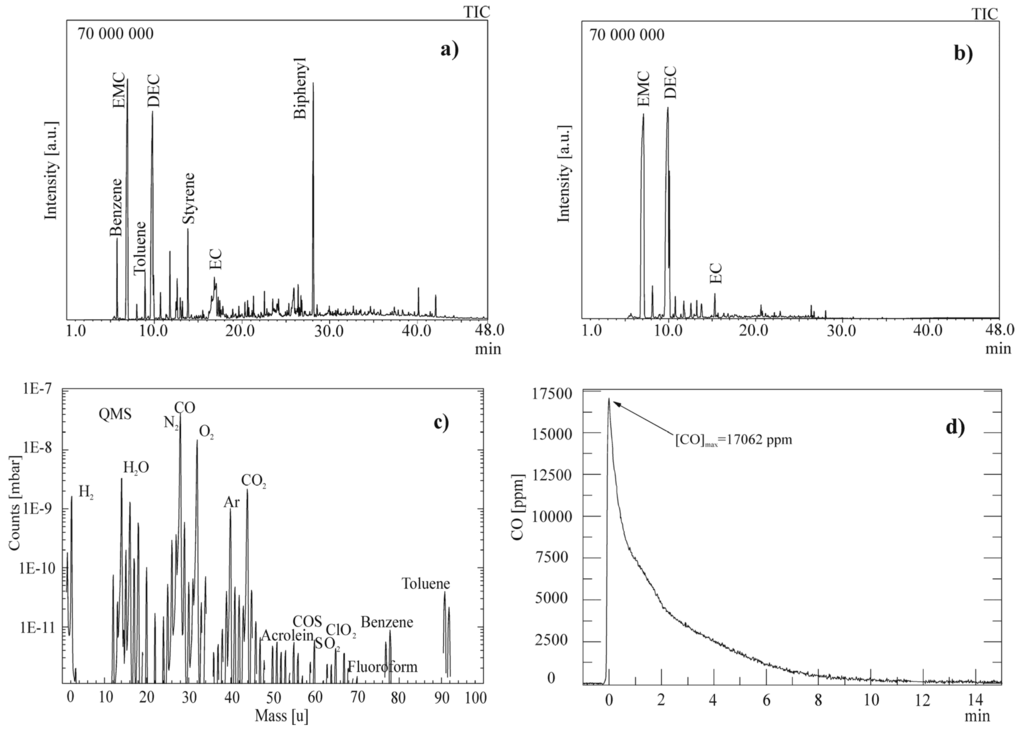 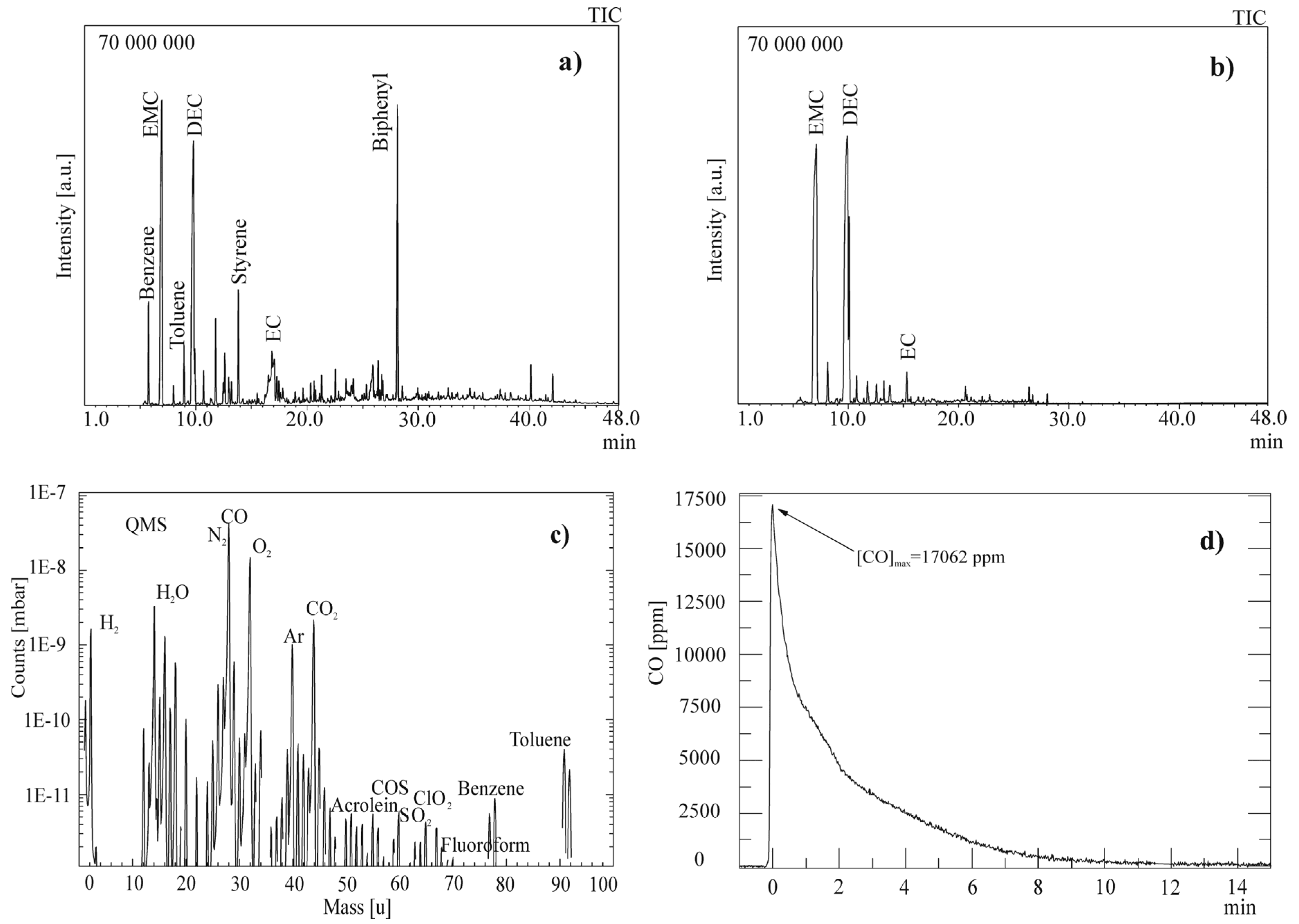 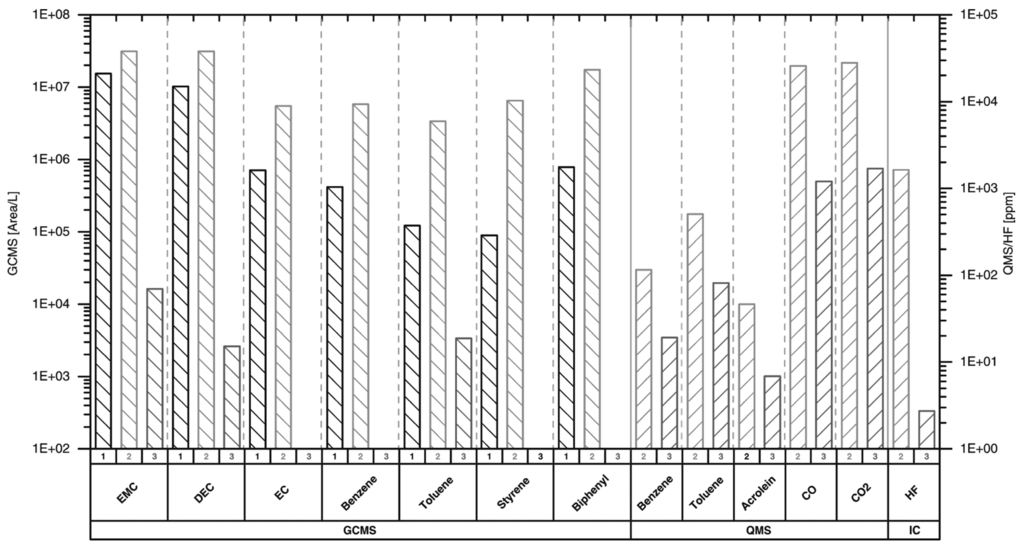 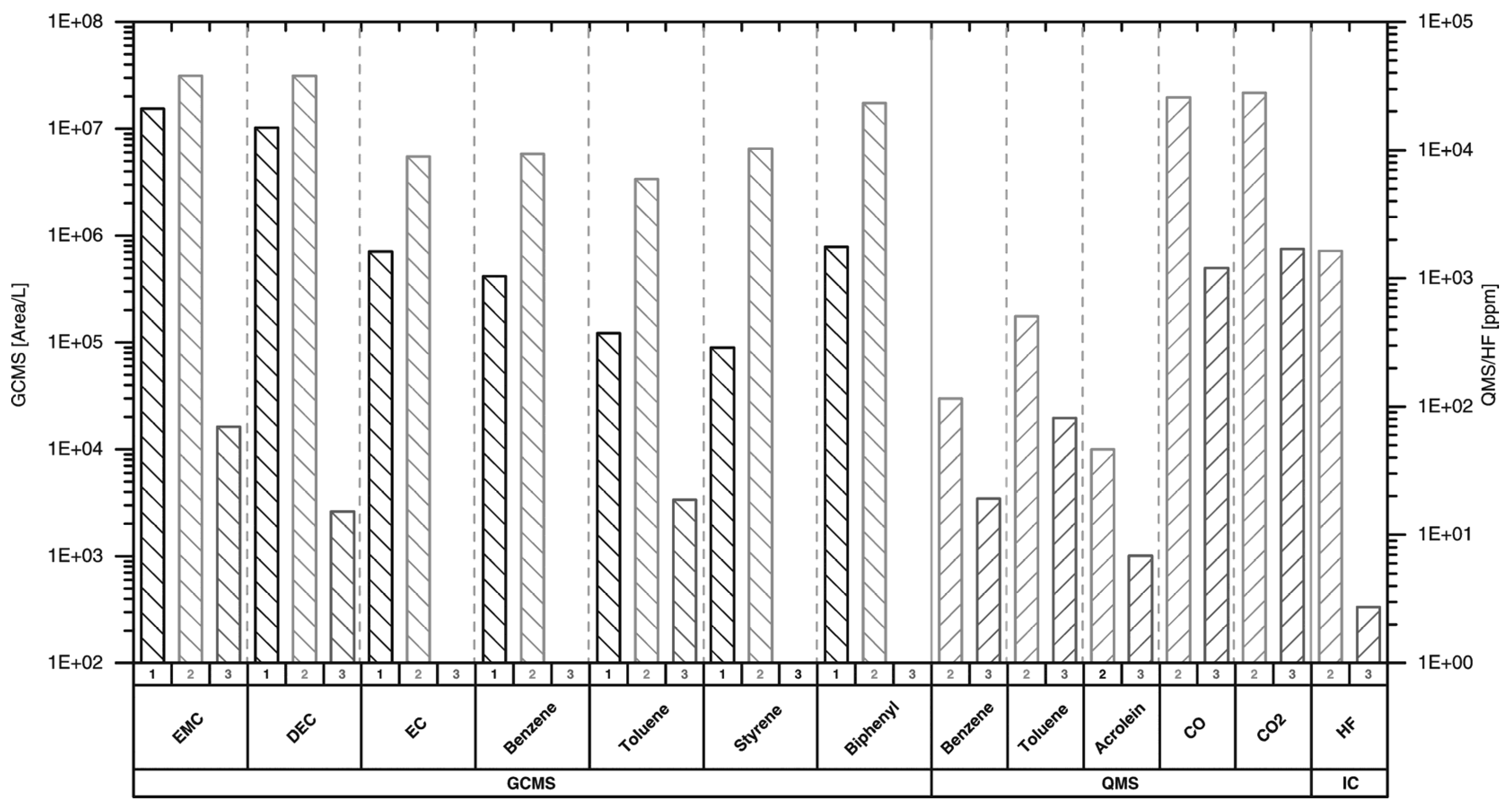 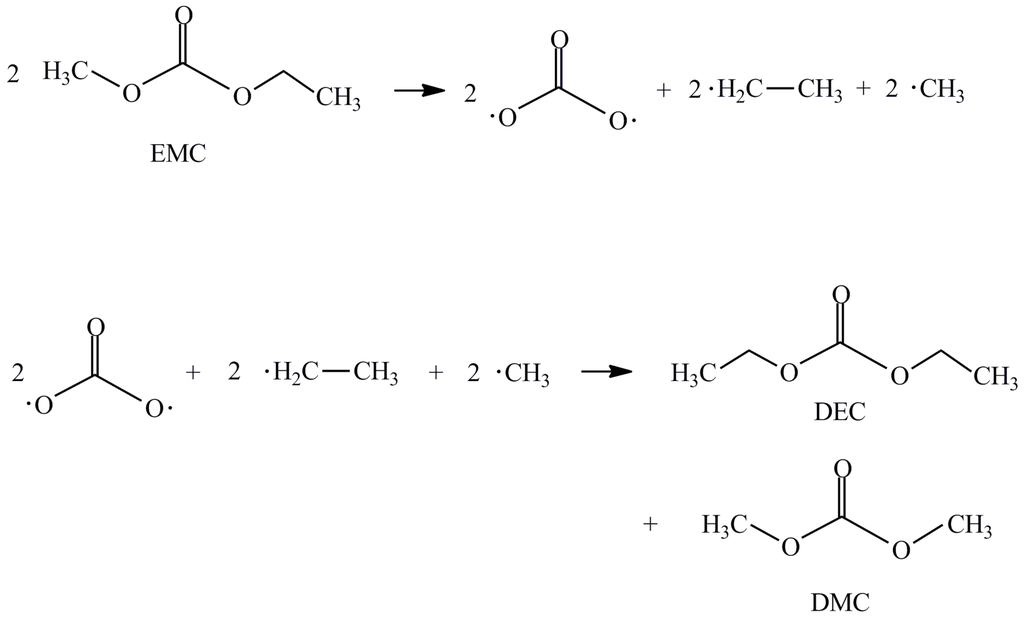 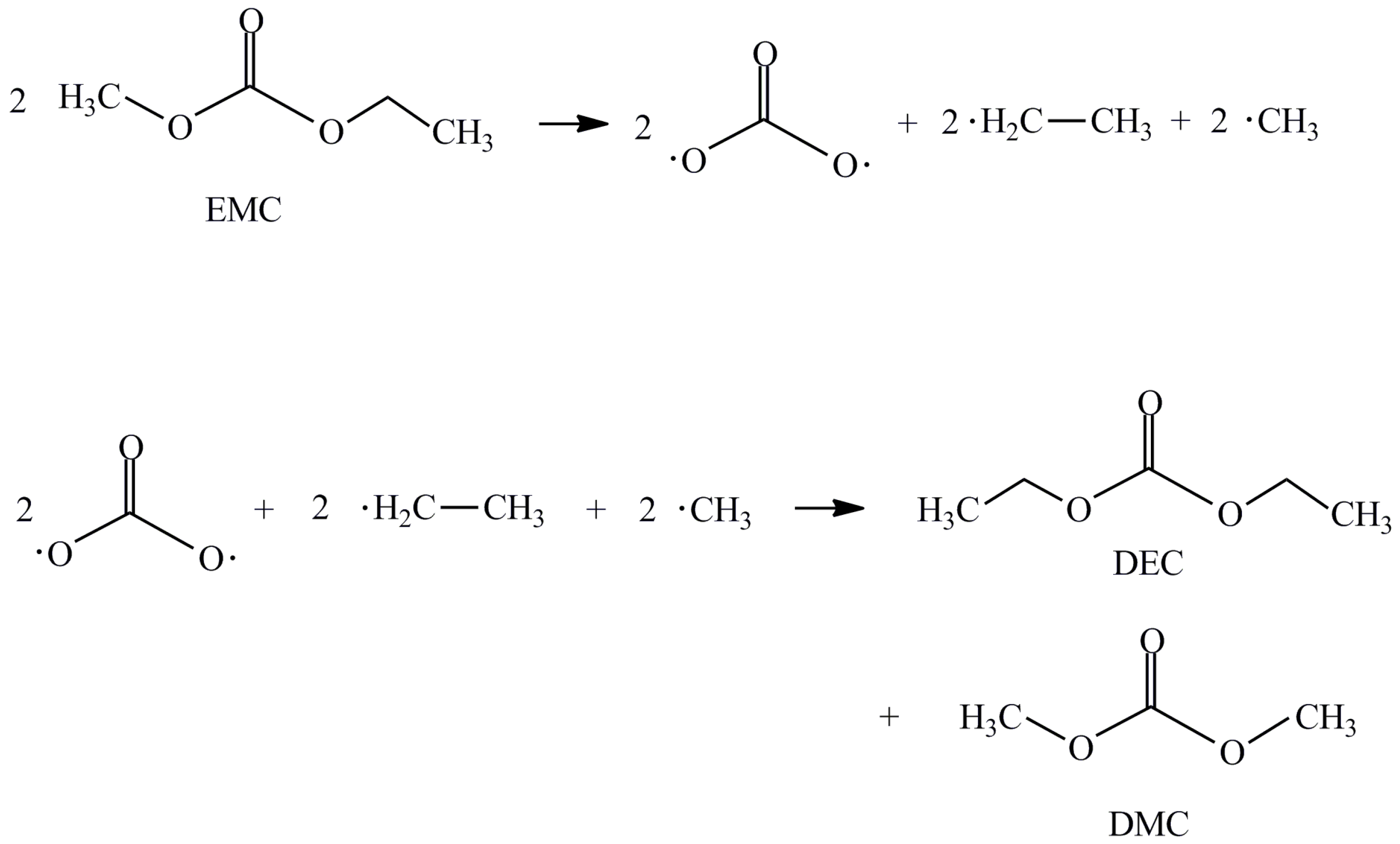 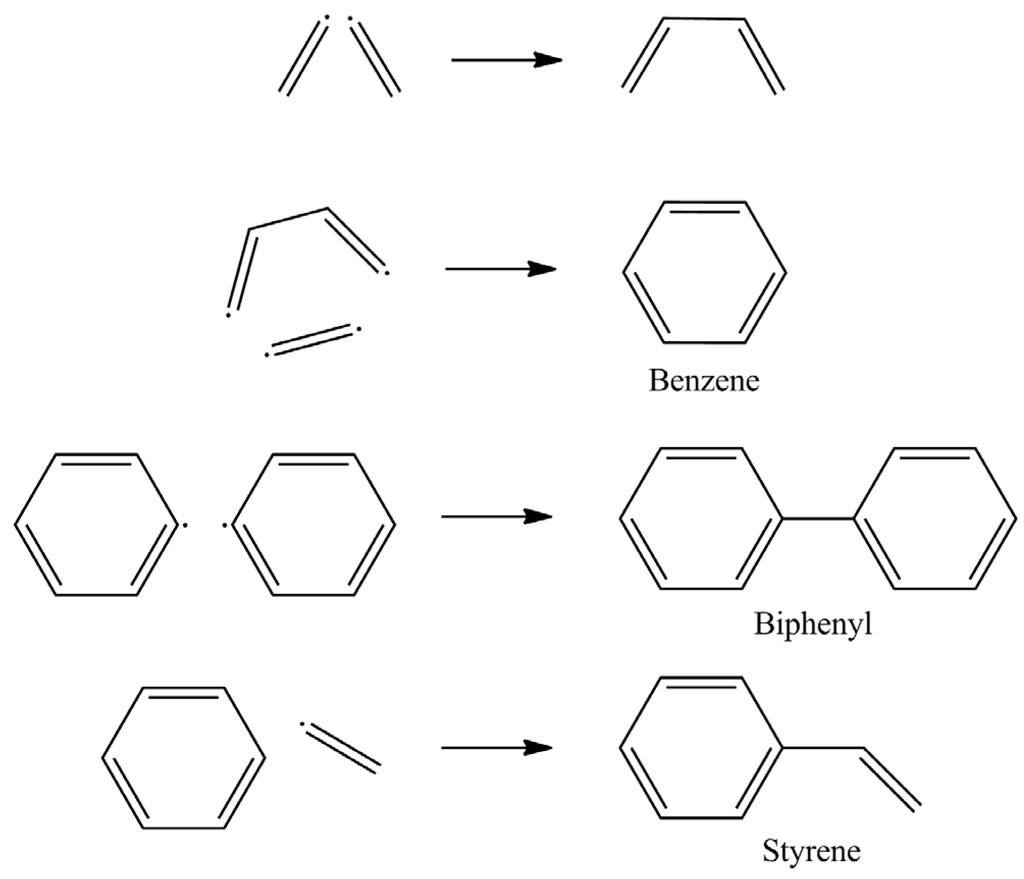 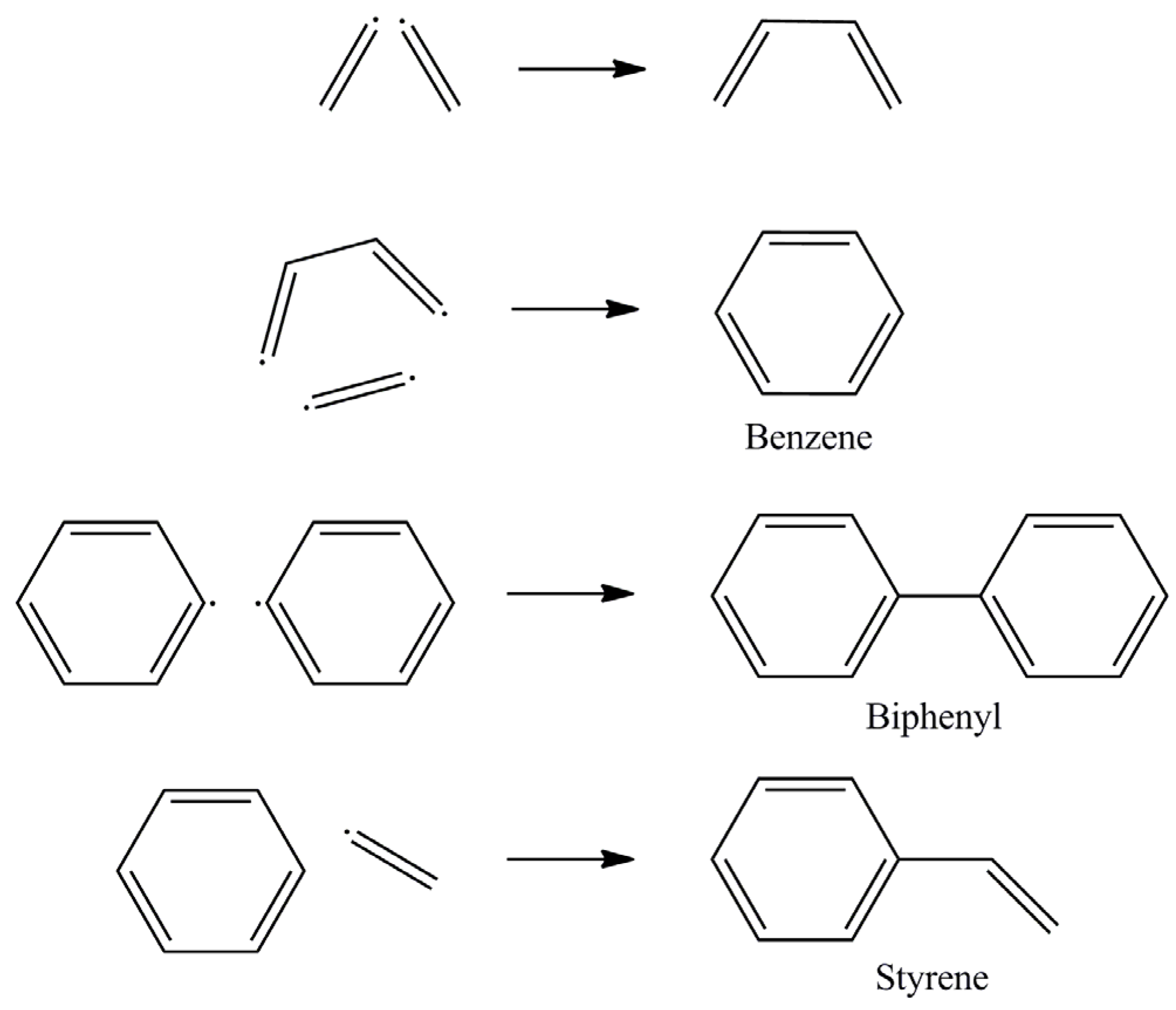