:
In this letter, it is proposed that cryogenic quantum bits can operate based on the nonlinearity due to the quantum capacitance of two-dimensional Dirac materials, and in particular graphene. The anharmonicity of a typical superconducting quantum bit is calculated, and the sensitivity of quantum bit frequency and anharmonicity with respect to temperature are found. Reasonable estimates reveal that a careful fabrication process can reveal expected properties, putting the context of quantum computing hardware into new perspectives.
Keywords:
graphene; two-dimensional materials; nonlinear quantum circuits; quantum bits

We discuss a new type of qubit with integrability, based on a nonlinear quantum capacitor (QC) made of two-dimensional materials [1], graphene (Gr), and boron nitride (BN) and their heterostructures [2,3]. Without exception, all existing superconducting qubits [4,5,6,7,8,9] rely on the nonlinear inductance of Josephson junctions (JJs). Here, the nonlinear inductance is replaced by the nonlinear capacitance coming from two Gr monolayers separated by a multilayer BN, which acts as a potential barrier and forms a parallel plate capacitance [1].
The nonlinearity of such a quantum capacitor stems from the two-dimensionality of crystal combined with the Dirac cone in its band structure, where a square-root correspondence between the Fermi energy and external voltage V is established. There is no fundamental reason why other 2D Dirac materials, such as silicene and germanene [10,11,12,13] could not be used for this purpose.
On the practical side, two major obstacles seem to influence the design. One is the compatibility of Gr with superconducting circuits, and the next one is the potential puddles arising from crystal imperfections and impurities. Recent progress on large-scale and near-perfect crystalline growth of Gr [14], which is equally applicable to BN, should in principle resolve the issues tied to the puddles to a great extent. Additionally, recent discoveries on the existence of the p-wave-induced phase of superconductivity in Gr [15] as well as the unconventional superconducting phase of the twisted bilayer Gr at the magic angle of [16] raises hopes for the practicality of such a design. The latter offers a large decrease in Fermi velocity at the vicinity of Dirac cone, which helps in a significant reduction in qubit size as well as the relaxation of stringing limits imposed by the fabrication technology.
It is the purpose of this letter to establish the feasibility of CUBIT, which we use to refer to the nonlinear Capacitive qUantum BIT. While we present the numerical design of a preliminary CUBIT, the fundamental aspects and practicality issues involved are also discussed. Another potentially useful application of nonlinear quantum capacitance could be in the cryogenic quantum-limited parametric amplifiers.

In graphene, non-ideal impurities and defects at the interface do exist. Although their density can be minimized by exfoliation under high-vacuum and encapsulations with 2D hexagonal BN, they persist to certain densities. Traps form shallow potential kinks, named as puddles.
Puddles are expected to be frozen and unmoving at ultralow temperatures. But their density and potential depth can be a matter of concern. For the quantum capacitance of Gr to survive, it is estimated that the puddle surface density must be under , which is roughly 1 defect per every Carbon atom in Gr lattice. Furthermore, puddle potential energy depth must be bounded by . Values exceeding these bounds are undesirable and result in destroying the quantum capacitance property of Gr.
Typical values that are achieved in the experiments are not better than yet. While this might seem a bit disappointing, the recent remarkable progress in very large-scale crystalline CVD growth of Gr and 2D materials [14] highlights the likelihood of this possibility, and even much better values to be attained soon.
The superconducting twisted bilayer graphene at the magic angle [16] can not only result in a significant reduction of qubit size but also may largely relax the constraints on the puddle density. This can be studied in depth either by ab initio approaches such as the density function theory (DFT) or through a series of carefully conducted experiments.

With regard to the effect of impurity charges, these appear as a background bias in the overall charge density. For a designed device to be practically useful at the single photon level, the zero-point charge fluctuations should exceed the impurity charges. The correct way to obtain zero-point amplitudes is to look for the corresponding values that reproduce the energy of half-quanta .

Possible mechanisms for qubit decoherence and dephasing may be considered, which include but are not limited to spontaneous emission from excited states, enhancement of emission rate due to the Purcell enhancement (when the qubit is placed inside a high-Q microwave cavity), substrate dielectric losses, nonideal proximity effects of carrier transport in graphene, tunneling across the dielectric due to defects and periphery surface states, coupling to spurious modes and surface acoustic waves, charge noise, flux noise, and strain noise (which cause fluctuations and anisotropy in the Fermi velocity ).
Some of these have already been studied for transmon qubits [6,22], and their practical limits have been evaluated. Some have to be studied in great detail and require deep theoretical study. A qubit design strategy that offers inherent immunity with respect to decoherence has been introduced very recently [24]. While this has yet to be tested experimentally, a topological dual of this strategy may in principle be applied to the anharmonic CUBIT under consideration here as well.
One has to keep in mind that superconducting qubits have already come a long way over the past 18 years, with their coherence times being initially only around 1 ns [6]. Meanwhile, the coherence performance of transmons is now for all practical reasons being saturated to 0.1 ms for the best available designs and fabrication processes, such as the one being used in IBM-Q. That would already be a fold improvement.

An alternative potential use for this type of non-dissipative cryogenic nonlinear element could be in parametric amplifiers, which are of rather high importance in quantum science and technology. This can happen even if the qubit design criteria cannot be satisfied. The existing parametric amplifiers mostly are based on either JJs held at the same temperature of cryostat or high-electron mobility transistors (HEMTs) made of III-V semiconductor heterostructures, held typically at the operation temperature of 4 K, far above the temperature of dilution fridge. Besides the added noise as a result of higher-operation temperatures, the usage of HEMTs increases the complexity of circuit designs and interfacing. Existence of nonlinear quantum capacitors can offer added flexibility and convenience to this particular application.

The graphene/boron nitride/graphene sandwich structure seems to be promising for quantum bit applications, where the nonlinearity of quantum capacitance replaces the nonlinearity of JJs. This should significantly alleviate the problem of cross-talk and altogether remove the qubit decoherence due to interference with stray magnetic fields. Using the bilayer graphene at the magic angle could be a game changer, however, the effects of potential puddles require careful study. It is probable that only experiments will be able to determine whether such sandwich structures can envision prospects of new qubits with enhanced decoherence and dephasing properties.
As the anharmonicity stems from the quantum capacitance linked with one external linear inductor, any coupling to the circuit that modifies the effective inductance seen by the nonlinear oscillator shall modify the operating criteria. Study of an open multi-cubit system with mutual couplings and amplifiers, as well as the involved quantum circuit architecture can be a very good idea to pursue. Inductive coupling among cubits could eventually result in useful quantum coherence with superior characteristics [25,26,27]. Finally, the recently developed method of higher-order operators has shown promise [28] for analysis of nonlinear stochastic processes in quantum non-demolition measurements and quantum-limited parametric amplifiers. This could extend its possible applications to further study nonlinear superconducting quantum circuits in quantum computing.

The following are available online at https://www.mdpi.com/2311-5629/4/3/39/s1: Mathematica packages for calculation of quantum capacitance and anharmonic energy eigenstates, as well as the temperature stability of CUBIT.

Discussions of this work with Sungkun Hong at the Universität Wien, Thomas Müller at the Technische Universität Wien, Amir Yacoby at Harvard University, John D. Teufel at the National Institute of Standards and Technology, and Clément Javerzac-Galy at the École Polytechnique Fédérale de Lausanne are highly appreciated. A preliminary version of this study was presented at the Frontiers of Cricuit QED and Optomechanics, which was held on 12–14 February 2018 at the Institute of Science and Technology, Klosterneuburg, Austria.

The author declares no competing or conflict of any financial and non-financial interests. 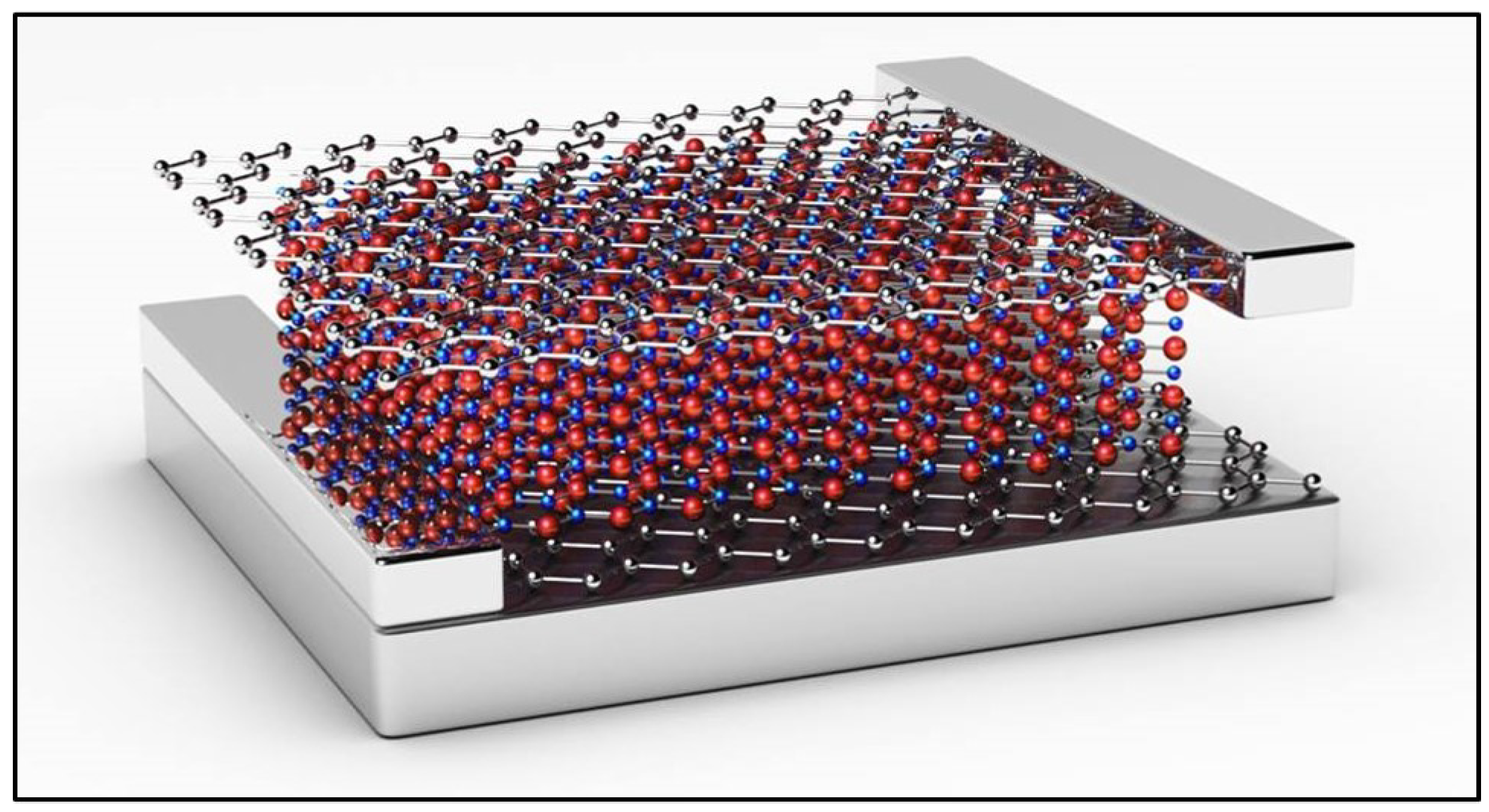