Associations between Cryptococcus Genotypes, Phenotypes, and Clinical Parameters of Human Disease: A Review
Next Article in Special Issue

Candida lusitaniae Breakthrough Fungemia in an Immuno-Compromised Adolescent: Case Report and Review of the Literature 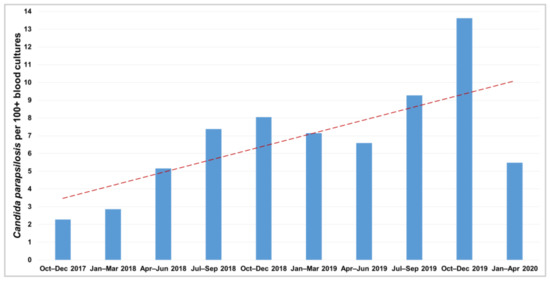