Function and Biosynthesis of Cell Wall α-1,3-Glucan in Fungi
Previous Article in Journal

The PHR Family: The Role of Extracellular Transglycosylases in Shaping Candida albicans Cells

The fungal plasma membrane is critical for cell wall synthesis and other important processes including nutrient uptake, secretion, endocytosis, morphogenesis, and response to stress. To coordinate these diverse functions, the plasma membrane is organized into specialized compartments that vary in size, stability, and composition. One recently identified domain known as the Membrane Compartment of Can1 (MCC)/eisosome is distinctive in that it corresponds to a furrow-like invagination in the plasma membrane. MCC/eisosomes have been shown to be formed by the Bin/Amphiphysin/Rvs (BAR) domain proteins Lsp1 and Pil1 in a range of fungi. MCC/eisosome domains influence multiple cellular functions; but a very pronounced defect in cell wall synthesis has been observed for mutants with defects in MCC/eisosomes in some yeast species. For example, Candida albicans MCC/eisosome mutants display abnormal spatial regulation of cell wall synthesis, including large invaginations and altered chemical composition of the walls. Recent studies indicate that MCC/eisosomes affect cell wall synthesis in part by regulating the levels of the key regulatory lipid phosphatidylinositol 4,5-bisphosphate (PI4,5P2) in the plasma membrane. One general way MCC/eisosomes function is by acting as protected islands in the plasma membrane, since these domains are very stable. They also act as scaffolds to recruit >20 proteins. Genetic studies aimed at defining the function of the MCC/eisosome proteins have identified important roles in resistance to stress, such as resistance to oxidative stress mediated by the flavodoxin-like proteins Pst1, Pst2, Pst3 and Ycp4. Thus, MCC/eisosomes play multiple roles in plasma membrane organization that protect fungal cells from the environment. View Full-Text
Keywords: Candida albicans; fungal; cell wall; chitin; β-glucan; morphogenesis; eisosome; Membrane Compartment of Can1 (MCC) domain Candida albicans; fungal; cell wall; chitin; β-glucan; morphogenesis; eisosome; Membrane Compartment of Can1 (MCC) domain
►▼ Show Figures 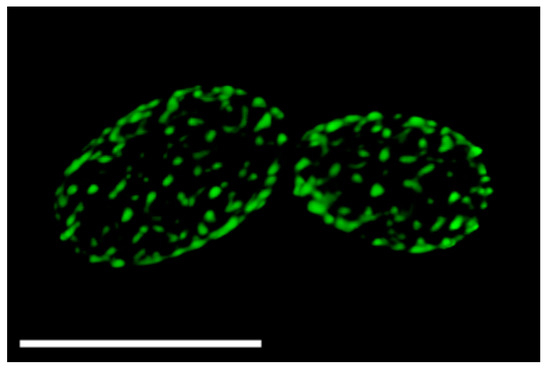