The First Case of Botulism in a Donkey

Botulism, a severe neuroparalytic disease that can affect humans, all warm-blooded animals, and some fishes, is caused by exotoxins produced by ubiquitous, obligate anaerobic, spore-forming bacteria belonging to the genus Clostridium and named botulinum neurotoxin (BoNT)-producing clostridia. This report presents the case of a 3-year-old donkey mare referred for progressive and worsening dysphagia of four days’ duration. Her voluntary effort in eating and drinking was conserved, and she was able to slow chew without swallowing. A complete neurological examination was performed, and botulism was strongly suspected. The ability to swallow feed and water returned on the tenth day of hospitalization and improved progressively. The jenny was discharged from the hospital after fifteen days. During the hospitalization, the Italian National Reference Centre for Botulism confirmed the diagnosis: mare’s feces were positive for BoNT/B and Clostridium botulinum type B. View Full-Text
Keywords: donkey; dysphagia; Clostridium botulinum B; botulinum neurotoxin; mouse bioassay donkey; dysphagia; Clostridium botulinum B; botulinum neurotoxin; mouse bioassay
►▼ Show Figures 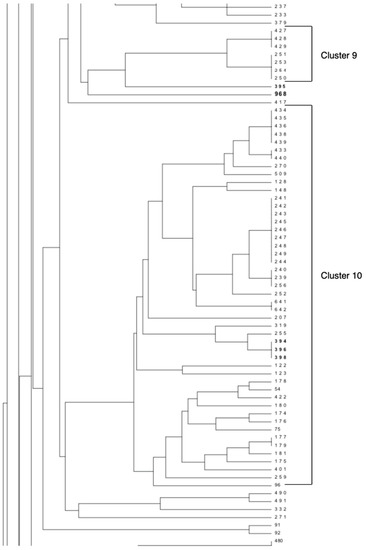