Travelling between Two Worlds: Complement as a Gatekeeper for an Expanded Host Range of Lyme Disease Spirochetes

An eight-year-old, neutered, female, long-haired cat was presented with a three-week history of progressive lethargy, unlocalized pain in the cervical and lumbar spine, and unwillingness to move. An MRI (magnetic resonance imaging) of the brain revealed poorly circumscribed regions of non-contrast-enhancing heterogeneous T2 hyperintensity within the ventral forebrain and midbrain. A mass effect and evidence of increased intracranial pressure, including transtentorial herniation of the midbrain and herniation of the cerebellar vermis through the foramen magnum, were also observed. Due to progressive clinical decline and MRI results, the cat was humanely euthanized. Gross examination of the brain confirmed caudal transtentorial and foramen magnum herniation. The ventral aspect of the forebrain, midbrain, and brainstem were soft and had loss of detail, but lacked a grossly discernible mass. Histopathological examination found a poorly delineated neoplastic mass composed of hyperchromatic cells with indistinct cytoplasm, ovoid to elongate or curved nuclei, and indistinct nucleoli. The cells lacked immunoreactivity for Olig2, GFAP, Iba1, CD3, and Pax5. Based on the cellular morphology, immunolabeling characteristics, and anatomical location, a diagnosis of gliomatosis cerebri was made. Although uncommon, gliomatosis cerebri should be considered as a differential diagnosis in cats with central nervous system disease.
Keywords: cat; gliomatosis cerebri; brain; T2 hyperintensity cat; gliomatosis cerebri; brain; T2 hyperintensity

Gliomatosis cerebri (GC) is an uncommon glial neoplasm, first reported by Nevin [1]. Although it is characterized by neoplastic glial cells that infiltrate the neuroparenchyma, a grossly discernible mass is often lacking [2]. The 2007 World Health Organization (WHO) classification defines human GC as an astrocytic tumor [3]; however, scholars debate whether GC represents a separate entity or a subset of diffuse glioma [4]. Clonal analysis of gliomas has found that GC begins as an oligoclonal process or may result from collision gliomas. This differs from the monoclonality typically observed in low grade and malignant gliomas [5]. In veterinary medicine, GC has been classified as either a miscellaneous type of tumor [6] or as a neuroepithelial neoplasm of unknown origin [7].

Based on MRI findings, gross examination, anatomic location and behavior, neoplastic cellular morphology, and immunolabeling characteristics, this patient was diagnosed with GC of the brain. Although GC has previously been reported in the brain of a cat, this current case report is unique because it describes MRI findings, details histopathologic findings, and characterizes neoplastic cellular immunoreactivity. Although uncommon, gliomatosis cerebri should be considered as a differential diagnosis for brain neoplasia in the cat.

The authors received no funding for writing or publishing this manuscript. 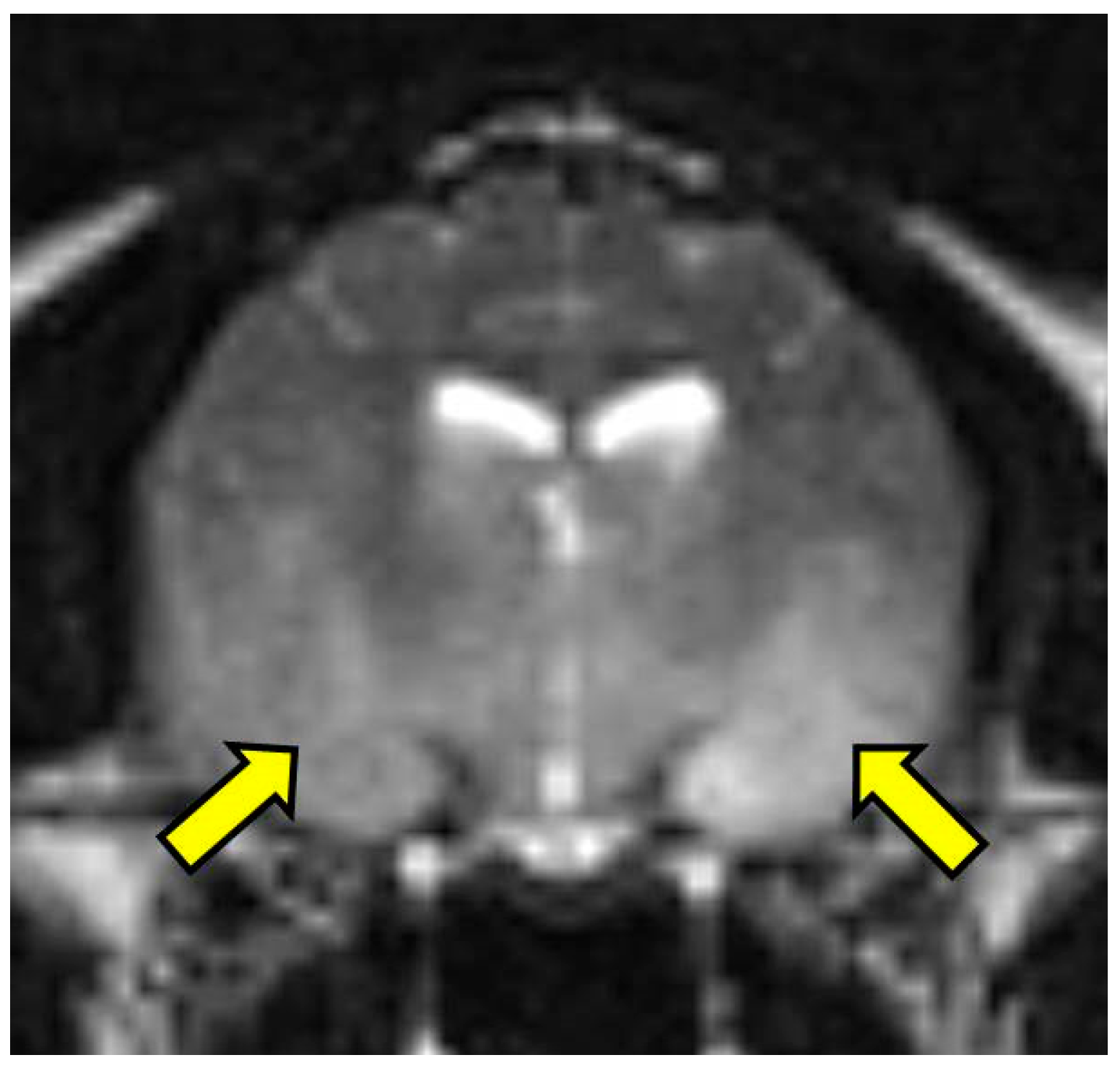 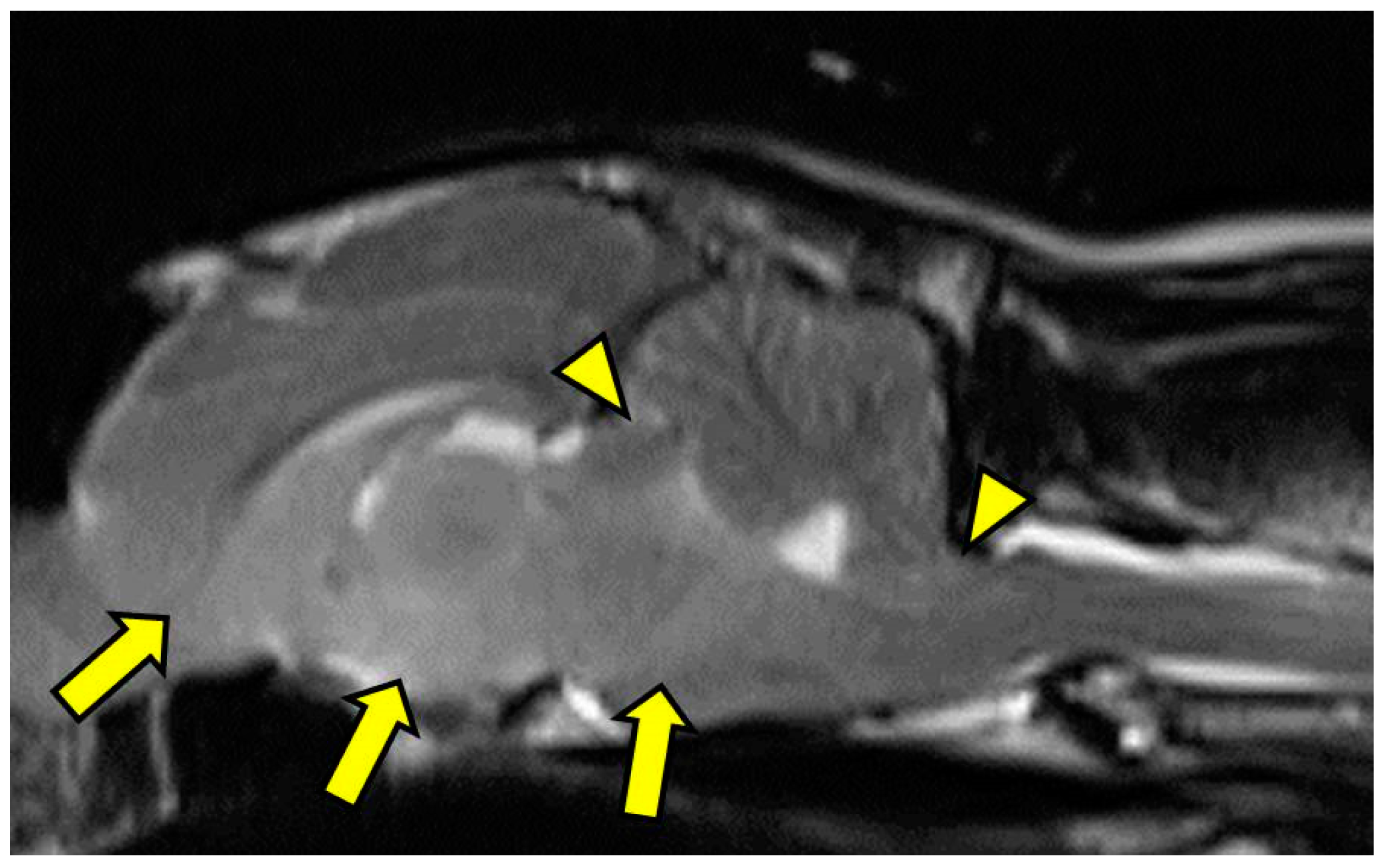 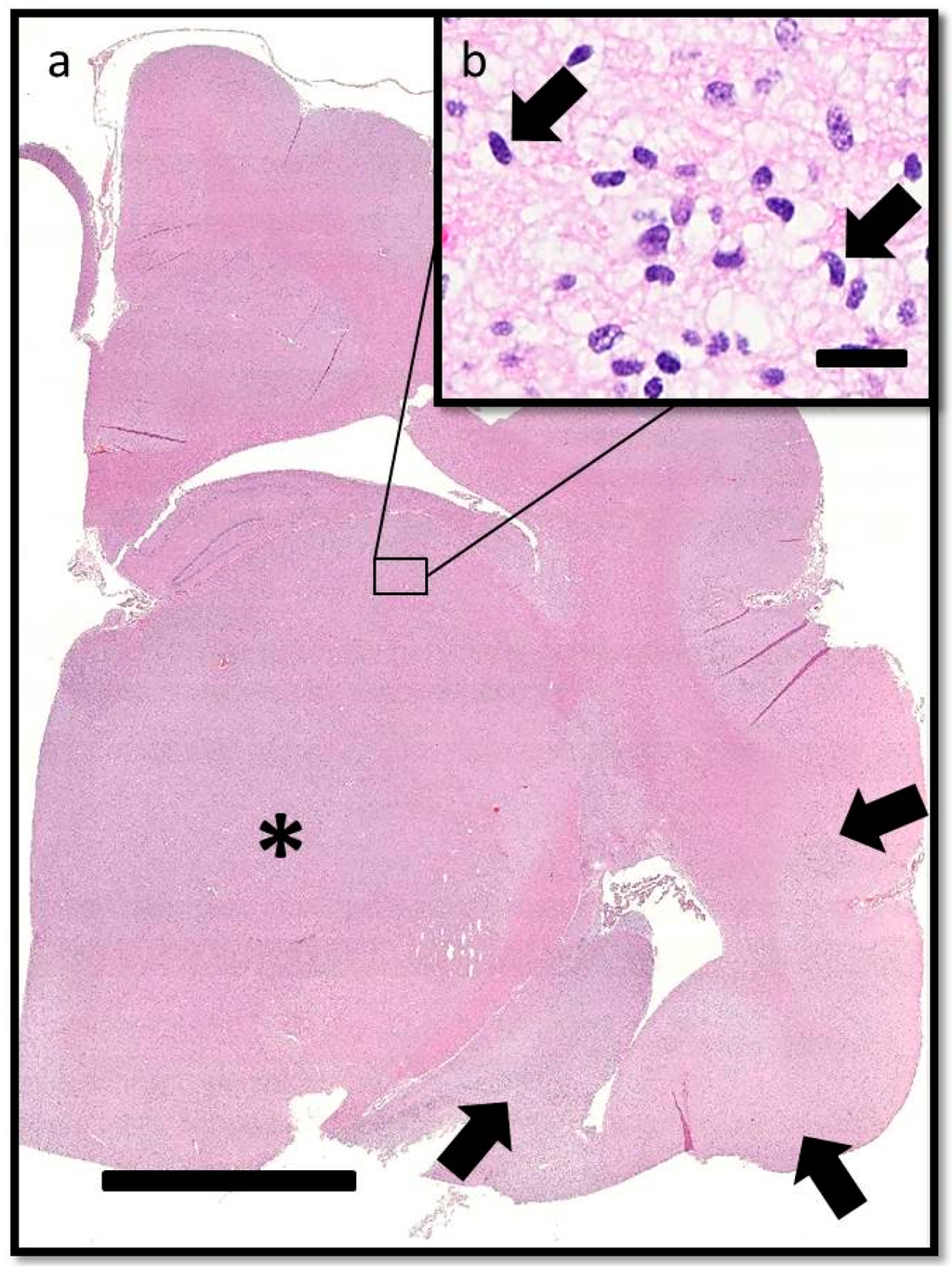