Effect of Transportation and Pre-Slaughter Handling on Welfare and Meat Quality of Cattle: Case Study of Kumasi Abattoir, Ghana

This study was conducted at the Kumasi Abattoir Company Limited (K.A.C.L) in Ghana to assess the effect of pre-slaughter handling on welfare and meat quality of cattle. Behaviour measurements were done on 200 cattle pre-slaughter and the methods by which the cattle were handled were recorded to evaluate the effect of pre-slaughter handling on their welfare. Ultimate pH24 and percent cooking loss were measured on 50 poorly-handled cattle pre-slaughter. The cattle were poorly-handled because they were beaten and, whipped. Based on pH24, meat quality was assessed as normal (pH from 5.5–5.8), moderate dark, firm and dry (DFD) (5.8 ≤ pH ≤ 6.2), and DFD (pH from 6.2–6.7). Five hundred carcasses were visually observed for bruising in them and the number of non-ambulatory cattle slaughtered in a week was recorded. The relationship between pH24 value and cooking loss in meat from the 50 poorly-handled cattle was investigated. Behaviours exhibited by poorly-handled cattle pre-slaughter included raising of their tail, kicking, lying down and refusing to move, jumping, vocalising, panting, and charging at handlers. Also lashes/whips, pulling of animals’ tails, stamping on their tails, and hitting them with sticks, stones and ropes were among the prominent methods by which the cattle were handled. Mean pH24 and mean percent cooking loss were significant (p < 0.05) at 6.22 ± 0.10 and 22.51 ± 3.25, respectively, for poorly-handled cattle. There was a strong negative correlation between pH24 and percent cooking loss in poorly-handled cattle (r = −0.77). Out of the 500 carcasses assessed for bruising, 18% had no bruises, 60% had slight bruises while 22% had severe bruises. Ninety (90) non-ambulatory cattle were slaughtered within seven (7) days, representing 7.1% of the total number of cattle slaughtered within that period. The results indicated that handling of cattle pre-slaughter have effects on their meat quality and welfare. Eighty-two percent of the bruised carcass and 7.1% of non-ambulatory animals indicated poor meat quality. Meat quality assessment indicated that most of the meat had dark, firm and dry (DFD) tendency. The water holding capacity of the meat sampled in this study (by means of cooking loss) indicated that the meat quality was compromised. View Full-Text
Keywords: welfare; transport; meat quality; non-ambulatory welfare; transport; meat quality; non-ambulatory
►▼ Show Figures 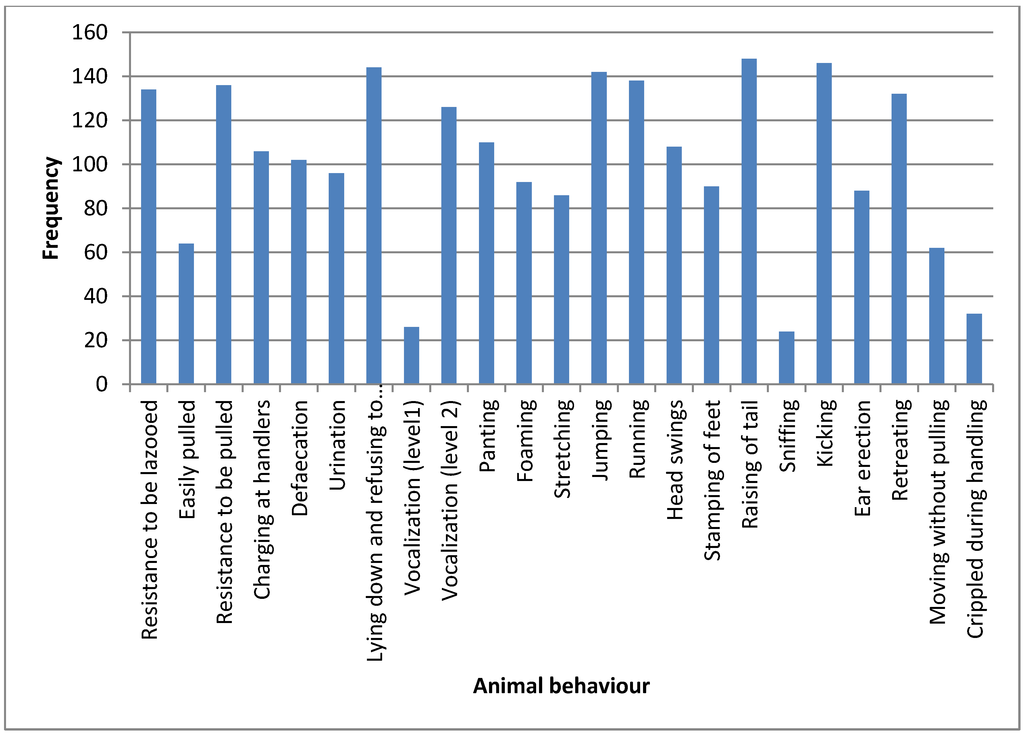