To achieve the optimal performance of an object to be heat treated, it is necessary to know the value of the Heat Transfer Coefficient (HTC) describing the amount of heat exchange between the work piece and the cooling medium. The prediction of the HTC is a typical Inverse Heat Transfer Problem (IHCP), which cannot be solved by direct numerical methods. Numerous techniques are used to solve the IHCP based on heuristic search algorithms having very high computational demand. As another approach, it would be possible to use machine-learning methods for the same purpose, which are capable of giving prompt estimations about the main characteristics of the HTC function. As known, a key requirement for all successful machine-learning projects is the availability of high quality training data. In this case, the amount of real-world measurements is far from satisfactory because of the high cost of these tests. As an alternative, it is possible to generate the necessary databases using simulations. This paper presents a novel model for random HTC function generation based on control points and additional parameters defining the shape of curve segments. As an additional step, a GPU accelerated finite-element method was used to simulate the cooling process resulting in the required temporary data records. These datasets make it possible for researchers to develop and test their IHCP solver algorithms.
Keywords: Inverse Heat Conduction Problem; heat transfer coefficient; GPU; machine learning Inverse Heat Conduction Problem; heat transfer coefficient; GPU; machine learning

The format of the Temperature file is given by Table 3. As visible, it simply contains the temperature records for a given simulation using s resolution. As it is a cooling process, it starts with 850 °C and converges to room temperature.
Additional notes about these files:
According to the common patterns of neural network training, the database contains three files:

Considering the one-dimensional IHCP, the HTC is a one-dimensional function of temperature given between 0 °C and 850 °C.
The generation of HTC series is based on control points. Each HTC function is given by N control points . In the case of one-peak functions, it is enough to use three control points (); in the case of two-peak functions, the number of required control points is 5 (). Each control point has a temperature () and a HTC () coordinate, according to the constraints given by Equations (2)–(4).
Based on 300 real world measurements, Table 4 contains the additional value constraints.
Figure 1 shows an example of how the control points describe the breakpoints of the function. It is not visible in the figure, but there are two (where = 0 °C and ) and (where = 850 °C and ) virtual control points to handle the first and last section of the function.
The shape of the curve of each segment between control points is controlled by a single floating point number (), according to Equation (5).
The HTC value for a given T temperature between control points and is given by the following equations: where is a scaling factor (usually 7); is the control point before T; is the control point after T; is the ith curve shape attribute; T is the temperature; and is the HTC value for the given temperature.
Figure 2 shows the effect of different parameters. The selection leads to a division by zero error. In this special case, the points of the linear curve are simply calculated by Equation (10).
Using the presented model, it is possible to randomly generate HTC series. Using the limits of Table 4 and random values between and for all control points, the shape of the HTC function is specified by the given Equations (9) and (10). For further processing, we store the calculated values of the HTC function for given temperature values, from 0 °C to 850 °C using 10 °C steps.

To solve the IHCP, the temperature history for given HTC series is also necessary. The presented dataset is composed of information representing the quenching process from 850 °C to room temperature of a cylindrical bar (diameter: 20 mm; and length: 60 mm) produced from Inconel 600 alloy. The physical properties of Inconel 600 alloy are summarized in Table 5 and Table 6. Its density is 8420 kg/m. The probe was equipped with one thermocouple located 30 mm from the bottom at the centerline of the cylinder. Due to the position of the thermocouple, only radial exchange was assumed, therefore a 1D axis-symmetrical Heat Transfer model was applied for the calculations [13]. The HTC was considered as a function of the surface temperature. The cooling curves at the location of the thermocouple were obtained by using HTC(T) function as input for the heat transfer model.
The explicit finite difference method (FDM) presented by Smith was used to simulate the heat movement. In the case of one-dimensional heat transfer simulation, it is necessary to solve the following equations:
where is the temperature of the ith node of the finite element matrix at time t; is the thermal diffusivity (Equation (14)); k is the thermal conductivity; is the specific heat capacity; is the density of the material; is the heat transfer coefficient; N is the number of points; and is the temperature of the cooling medium.
The problem domain was discretized to approximate the solution to the given problem. It was done by dividing the domain into a uniform grid, and the cross section of the object was substituted with an N-sized vector.
Using the finite difference method, the heat transfer between the given areas was calculated using one time step. To ensure accuracy, the sufficiently small time interval () selection is essential ( s was used). The simulation needed to run a cycle of the calculations mentioned above to generate the temperature values for each time step. The above-mentioned method is well-suited for several situations; however, the calculation demand is quite high. We had to calculate the given formulas for all nodes for all given time steps. In the case of and 1 min simulation time, the number of calculations was .
In normal circumstances, this is acceptable, because an average CPU can calculate the results in some seconds. In this case, the goal is to generate a database from these; therefore, it is necessary to run millions of simulations, which is very time consuming. Because it is a well parallelizable task, the authors have already developed a novel GPU based acceleration for this process.
The main idea behind GPGPU (General-Purpose Computing on Graphical Processing Units) is to use the architecture of a massive number of processing units to solve computationally intense cases. There are already several successful research projects in this field [14,15,16]. The novel parallel algorithm implemented by the authors is based on several optimization steps: launching multiple threads on all multiprocessors, storing data in fast on-chip memory, eliminating warp divergence and memory transfer latency, and using the host and device together [17,18]. It makes it possible to run all necessary simulations in a tolerable time.
Figure 3 shows some examples for these generated HTC functions and temperature records.

This paper presents a database containing HTC functions and the corresponding temperature records. The authors designed a novel method for generating valid HTC functions based on several real-world measurements. The corresponding temperature function is the result of a simulation process, which was accelerated by graphics cards, due to high computational demands. This database makes it possible to design novel methods to solve the IHCP. In the case of machine-learning-based approaches, the proposed database is directly usable for training, testing and validation of solutions.
The authors presented several methods to determine the HTC based on temperature data. These are mostly based on time consuming, heuristic searches (genetic algorithms [19,20], particle swarm optimization [21,22,23], fireworks [24], etc.). As an alternative, based on a similar generated database, it was possible to develop another approach based on Universal Function Approximator networks. The authors designed a simple feed-forward dense ANN to solve the IHCP [25]. This model contains 120 input neurons and 101 output neurons. The activation function was the sigmoid function and the loss function was designed as the mean squared error between the prediction and the training output. The network used AdamOptimizer with learning rate 0.01. The authors ran several tests with various hidden layer sizes, and the best results was given by the layer of 50 neurons. This ANN was able to estimate the HTC based on the temporal data series (Figure 4).
However, it is evident that the accuracy of this method is not satisfactory. It needs further development to find the appropriate network architecture, the optimal number of nodes, etc. It is a time consuming process, because training a network, with such a large amount of data, would take multiple weeks, and this process is necessary to test each potential architecture. This was the reason the authors decided to open the proposed database, for all of the researchers in this field.

Sándor Szénási would like to thank EPAM Systems for their support. 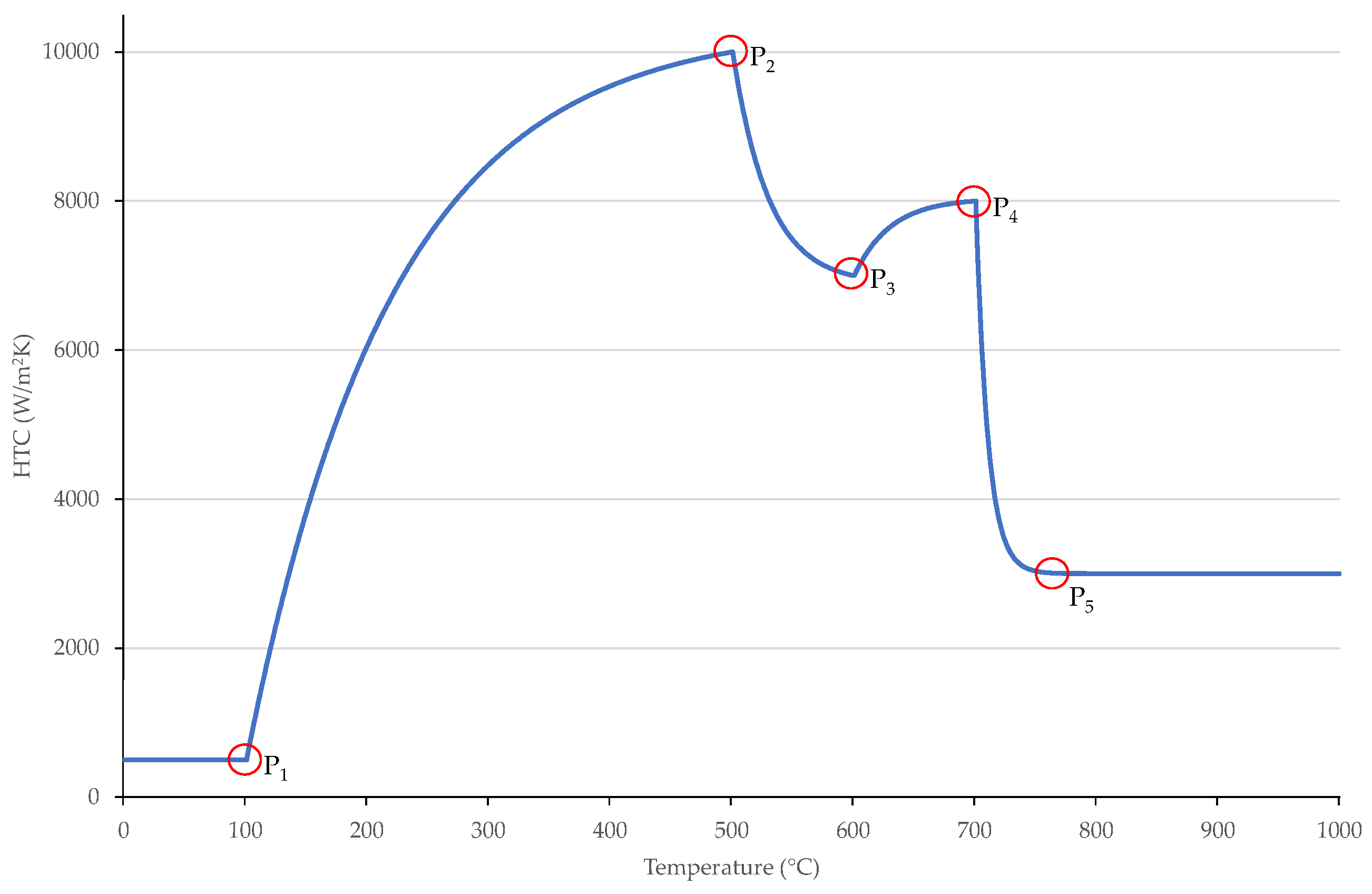 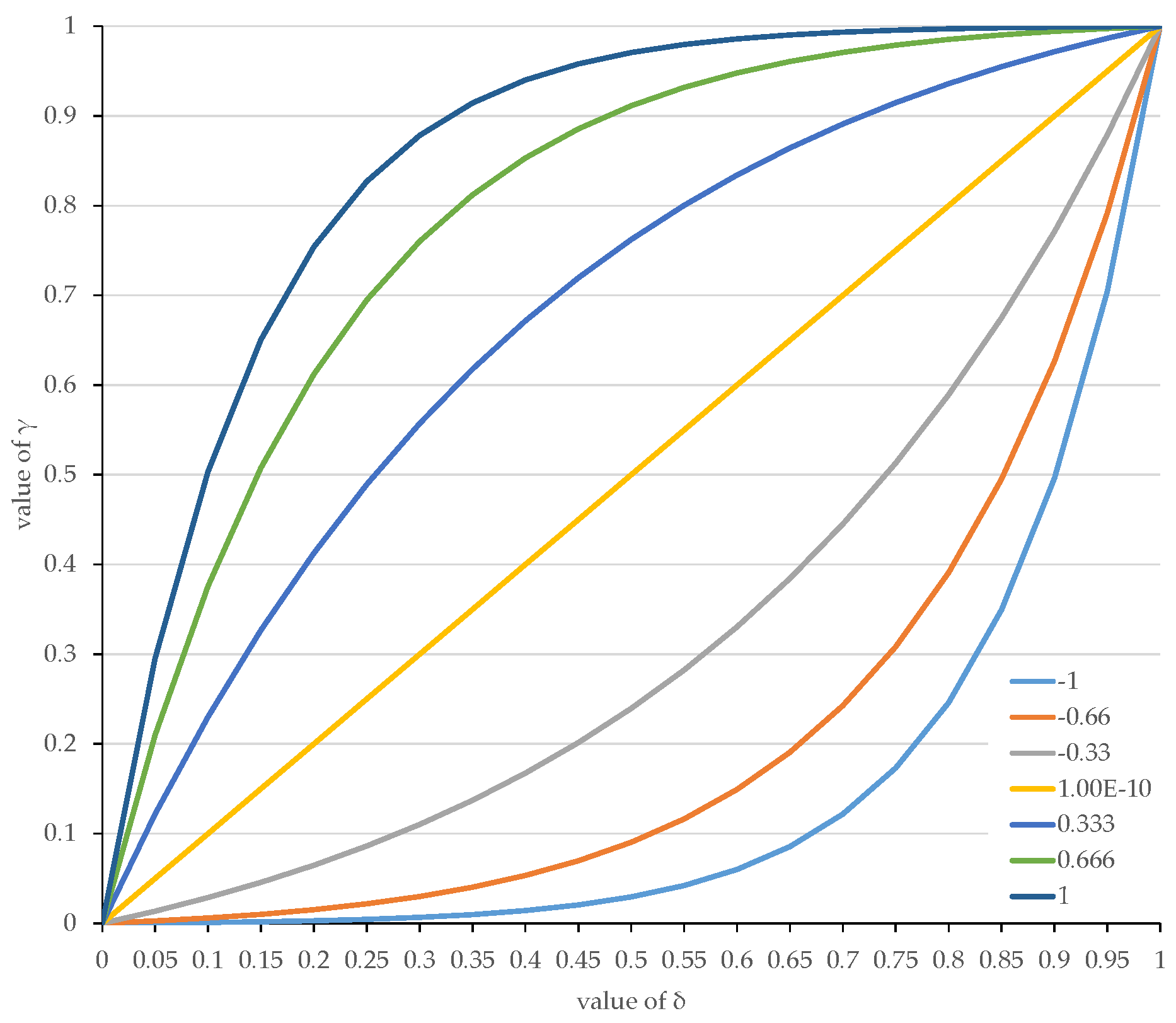 Table 6. The specific heat of ISO 9950 alloy.
Table 6. The specific heat of ISO 9950 alloy.
© 2019 by the authors. Licensee MDPI, Basel, Switzerland. This article is an open access article distributed under the terms and conditions of the Creative Commons Attribution (CC BY) license (http://creativecommons.org/licenses/by/4.0/).
We use cookies on our website to ensure you get the best experience. Read more about our cookies here.
Accept
We have just recently launched a new version of our website. Help us to further improve by taking part in this short 5 minute survey here. here.
Never show this again