Hydrogen is seen as the new energy carrier for sustainable energy systems of the future. Meanwhile, proton exchange membrane fuel cell (PEMFC) stacks are considered the most promising alternative to the internal combustion engines for a number of transportation applications. Nevertheless, PEMFCs need high-grade hydrogen, which is difficultly stored and transported. To solve these issues, generating hydrogen using membrane reactor (MR) systems has gained great attention. In recent years, the role of silica membranes and MRs for hydrogen production and separation attracted particular interest, and a consistent literature is addressed in this field. Although most of the scientific publications focus on silica MRs from an experimental point of view, this review describes the progress done in the last two decades in terms of the theoretical approach to simulate silica MR performances in the field of hydrogen generation. Furthermore, future trends and current challenges about silica membrane and MR applications are also discussed.
Keywords: silica membrane reactor; hydrogen production; modeling; silica-based membrane silica membrane reactor; hydrogen production; modeling; silica-based membrane

One of the biggest challenges for humanity is to find practical solutions to the effect of greenhouse gas emissions on climate change. CO2 represents one of the main causes of global warming, and its concentration increase in the atmosphere mainly depends on human activities, as a consequence of the large use of fossil fuels. In this regard, CO2 capture and sequestration attracted strong interest [1,2]. It is widely accepted that carbon capture and storage (CCS), large exploitation of renewable sources, and alternative processes may represent the most viable solutions to global warming [3]. Among a number of possible strategies, PEMFCs represent one of the most promising technologies to effectively reduce CO2/greenhouse emissions. These devices are electrochemical MRs combining hydrogen (as a fuel) and oxygen (from air) to produce electrical power in an efficient way, exhausting water vapour [4,5,6]. However, hydrogen from fossil fuels may be also useful to enhance the system efficiency. In automotive applications, electromotors combined to hydrogen-powered fuel cells may show an overall efficiency ranging from 40 to 55%, significantly higher than internal combustion engines (13–30%).
Consequently, many countries are seriously considering the implications of a shift towards a hydrogen-oriented economy [7]. Furthermore, the growing interest in hydrogen is due to its potentiality in solving two major challenges: achieving the energy independence while minimizing the environmental impact. Unfortunately, there are four critical aspects needing development before hydrogen economy could be realistically pursued [8]:
Nowadays, referring to the production and separation of hydrogen, membrane technology is considered a promising alternative with respect to the traditional reactors [9,10,11,12].
On the other hand, the specific thermodynamic constrains limiting the performance of the TRs can be circumvented by using innovative integrated systems such as MRs, which represent an integrated system in which a catalytic reaction and the hydrogen separation take place simultaneously (Figure 1) [13].
Palladium membrane technology played the largest role in the field of hydrogen separation and purification [10,11,12,13], even though in recent years, silica membranes attracted a relevant interest due to their low cost, high permeability, and easy manufacturing. To our best knowledge, no comprehensive reviews on modeling of silica MRs performance for hydrogen production/separation have been noticed. Therefore, the aim of this review is to provide the recent advances on silica MRs applied in the field of hydrogen production and purification, analyzing the state-of-the-art from a modeling point of view. Therefore, in this work the most up-dated modeling studies are reported to favor a better understanding of the prevailing phenomena behind the MR behavior, with the advantage of lowering and the optimizing the experimental tests for such a reaction process.

The singular characteristics of silica (SiO2) are related to the ability of its elemental bricks (SiO4 tetrahedral) to be strictly connected, in order to increase the amount of various amorphous or crystallized solids, commonly macroporous, mesoporous, or microporous (Table 1). Compared to other common single oxides such as Al2O3, TiO2, or ZrO2, silica may be more easily synthesized as an ultra-microporous or super-microporous amorphous thin layer, and then used for gas separation processes [14,15,16].
In the last two decades, the scientific interest towards silica membranes applied to hydrogen separation/purification may be testified by the growing number of scientific publications in this field, as represented in Figure 2.
As a general consideration, the transport mechanisms of various species may be different, depending on the pore size. In membrane gas separation via porous membranes, the highest permselectivities are reached by using microporous ones [17,18]. Oyama et al. [15] described in depth how the transport mechanisms regulate the gas permeation through inorganic porous membranes, while Table 2 shows basically the different transport mechanism adopted for silica membranes. Microporous amorphous silica exhibits a weak stability in humid environment, which limits its application as separative membrane. Indeed, Fotou et al. [18] stated that microporous silica materials are not hydrothermally stable, since their exposure to humid environment for prolonged periods at T > 400 °C (which represents the calcination temperature of silica) induces rapid densification. Consequently, due to the pore structure changes, both hydrogen permeability and permselectivity are reduced. The same authors reported that steam may catalyze the surface diffusion of silica, moving along the surface of larger pores to fill in pores of smaller dimensions.

As shown in Figure 3, the configuration of silica material consists of a corner sharing SiO4 covalently connected in a continuous 3-D network having no long-range order.
Conventional preparation of silica glasses is implemented by cooling melted solids, but amorphous phases can be achieved at lower temperatures from liquid solutions or gaseous mixtures. Furthermore, amorphous phases are intrinsically metastable, whereas crystallization is systematically associated with a microstructural change. Nevertheless, in the case of microporous solids such as silica, it commonly results in a significant enhancement of pore sizes [19].

One of the most relevant behaviors of microporous membranes is represented by the activated gas transport, which may be also referred to as a molecular sieving mechanism. It was phenomenologically demonstrated that the permeating flux of such a species through microporous materials increases as a function of temperature, according to the following Arrhenious like Equation [19] (1):
De Lange et al. [20] described the gas transport and separation in microporous membrane materials. Hence, the derived activated transport may be expressed as follows (2): where D0 (m2·s−1) is the mean intrinsic diffusion coefficient for micropore diffusion, K0 the intrinsic Henry constant, ε the membrane porosity, l the membrane thickness, the bulk density, qst the isosteric heat adsorption, Ei the activation energy for gas species, R the universal gas constant, and T the temperature.

As stated above, MRs simultaneously combine a chemical reaction with the selective separation of such a product. The significant progress about MRs technology is testified by the growing number of publications as reported in Figure 4.
Various heterogeneous gas–solid catalytic processes of industrial application include the combination of operations at high temperatures and in chemically harsh conditions. Consequently, by considering these two factors, inorganic membranes are more favorable than the polymeric ones. Generally, an MR may be operated in flat (Figure 5) or tubular geometry (Figure 6).
In tubular MRs, the density of the packed bed could be enhanced using multichannel tubular monoliths and depositing the catalyst inside the pores [21].
A further MRs classification can be summarized as reported below, and also schematically represented in Figure 6:

Among different technologies involved in hydrogen generation and purification, MRs seem to be the most promising [10,11,12]. As stated above, the specific thermodynamic constrains which limit the TR’s performance can be circumvented by using the MRs. Being an open system, an MR allows the selective removal of a desired product from the reaction side for permeation through the membrane while shifting the reaction system towards the products. Consequently, the reaction conversion is enhanced, with the possibility of overcoming the thermodynamic conversion of the correspondent TR [13].
Palladium membranes were mostly applied in MRs for high-grade hydrogen generation [22,23,24,25,26,27,28,29], but in recent years several scientists investigated other membrane materials to evaluate the effectiveness of non Pd-based membranes applied to MRs, with the main purpose of achieving more economical solutions than Pd-based membranes utilization [30,31]. Compared to other membranes, silica membranes and their applications in MRs for hydrogen generation received particular attention since they are cheaper, show higher permeability and result in more robust than Pd-based membranes [30,32,33,34,35]. As illustrated in Figure 7, the interest towards silica MRs from both an experimental and modeling point of view is testified by an increasing number of scientific publications in this field.
As summarized in Table 3, silica MRs utilization makes possible several benefits over the TRs, although they also present some disadvantages. The most significative advantage is represented by the cost, which is substantially reduced with respect to the TRs, whereas the most critical issue is represented by the not full H2 perm-selectivity of silica membranes, making them useless for high-grade hydrogen separation/purification instead of Pd-based membranes.
In recent years, one of the most promising fields of silica MRs application was that of greenhouse gases reduction combined to hydrogen production. Hence, in the following paragraph, a literature overview about the theoretical approach on silica MRs to evaluate their performance in the field of hydrogen generation from reforming reactions is detailed, reported, and discussed.

This review highlighted the recent advances in silica MRs for hydrogen generation from a modeling point of view. Taking into account that both the scientific community and industrial companies are constantly interested and devoted to investigate hydrogen production in more technically, environmentally, and economically attractive routes, silica MRs can be suggested as a viable alternative for hydrogen generation over the Pd-based MRs. Indeed, the development of low-cost, defect free, and effective silica membranes could be a chance for realistic applications of MRs at industrial scale, although it is still a challenge regarding their scale up due to the disadvantages illustrated in the previous paragraphs and for the limited operation times due to the aforementioned stability problems. In this review, several modeling works of silica MRs were analysed, pointing out the growing interest in the optimization of the processes themselves, with the purpose of proposing them as a viable alternative to Pd-based MRs and conventional reactors application. However, great attention should be paid in evaluating the effective balance between advantages and disadvantages when applying silica MR technology to produce hydrogen. The scale up of silica MRs will represent one of the most important challenges for the future. Specially, more research should be devoted to study the effects of operating and/or capital costs related to high reaction pressure and temperature in order to increase the silica MR’s performance. 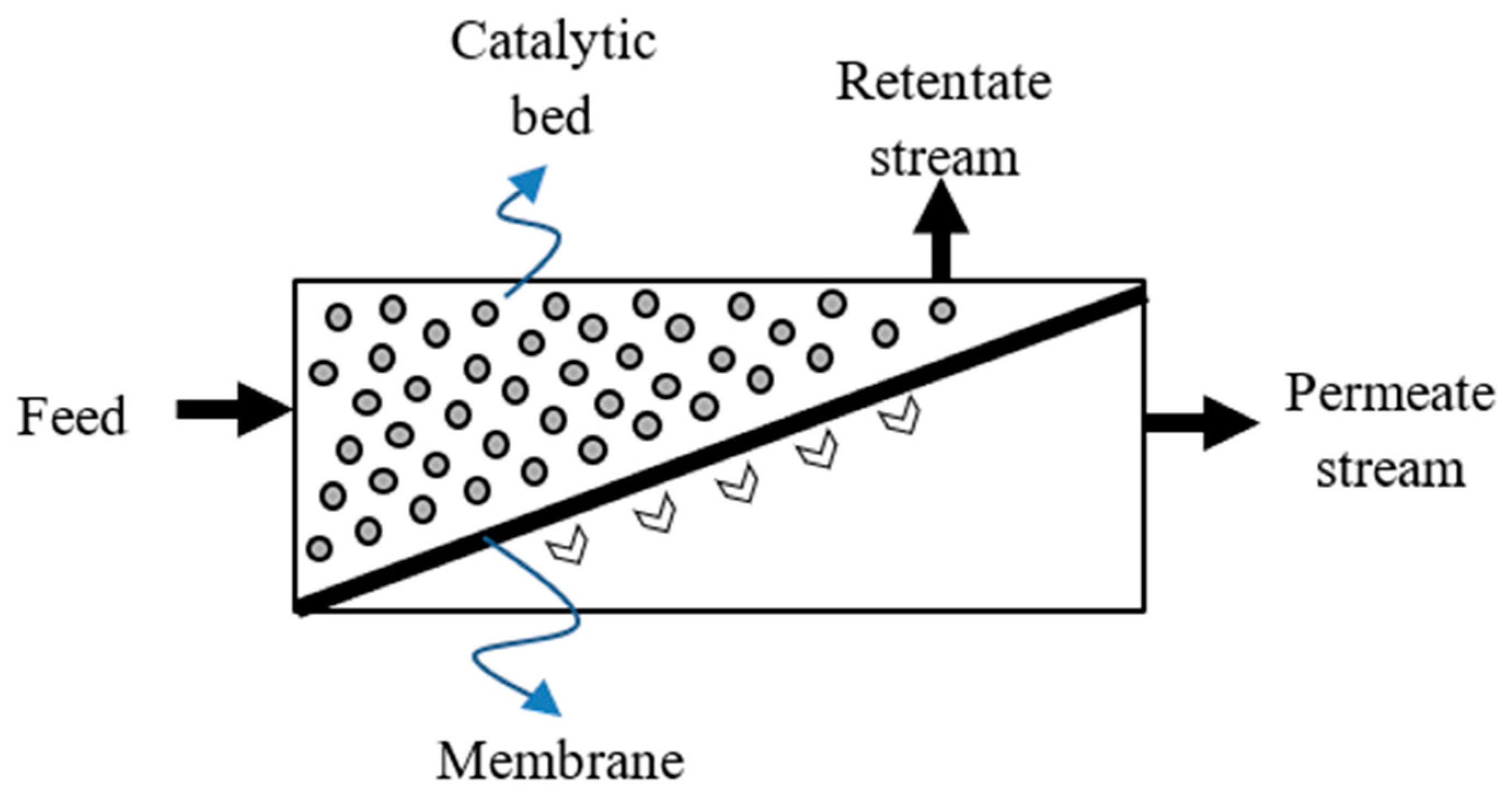 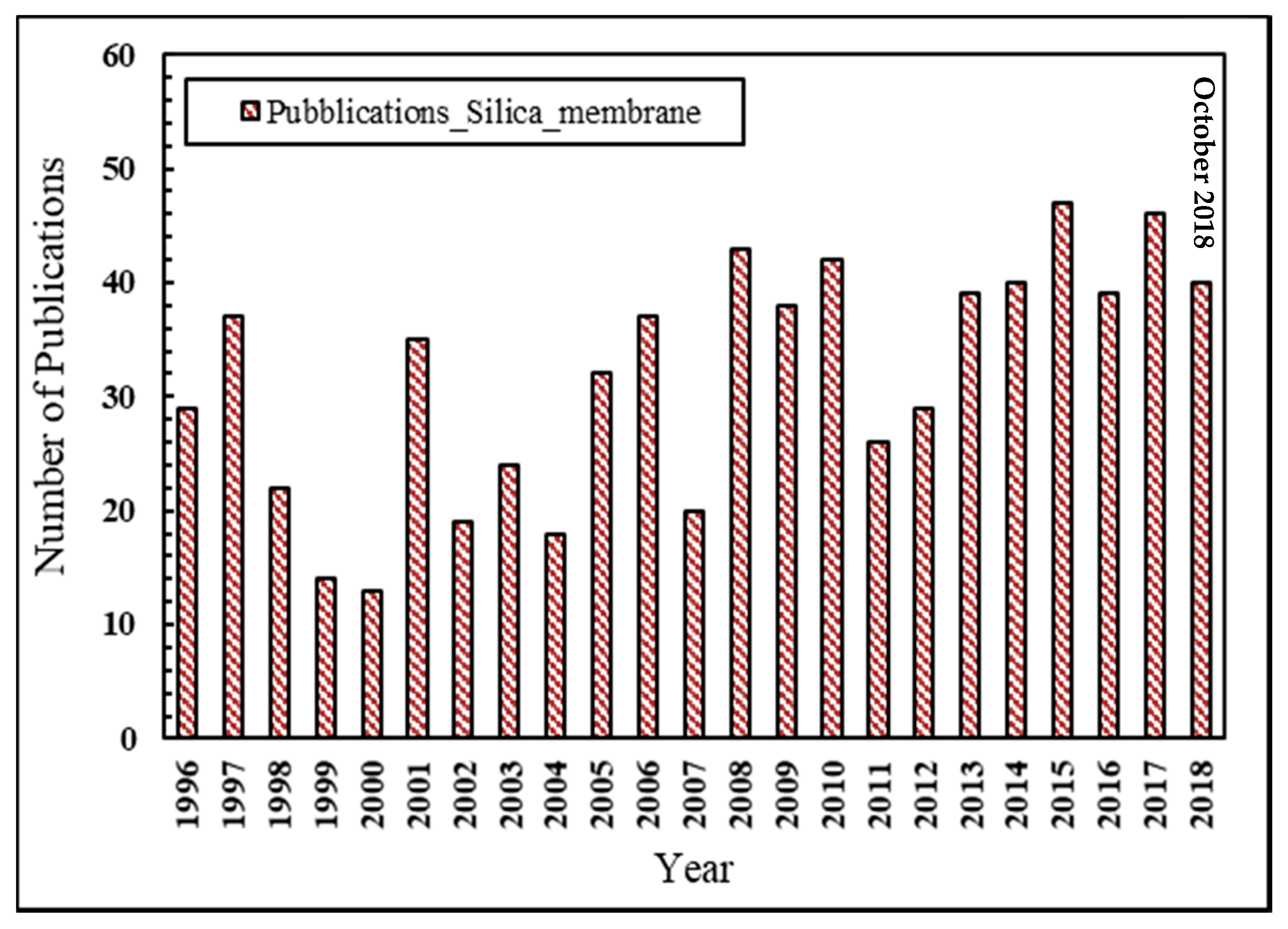 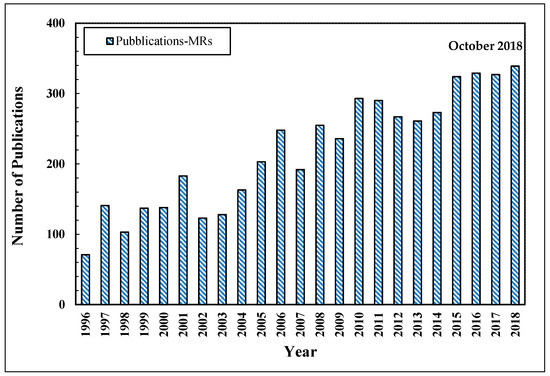 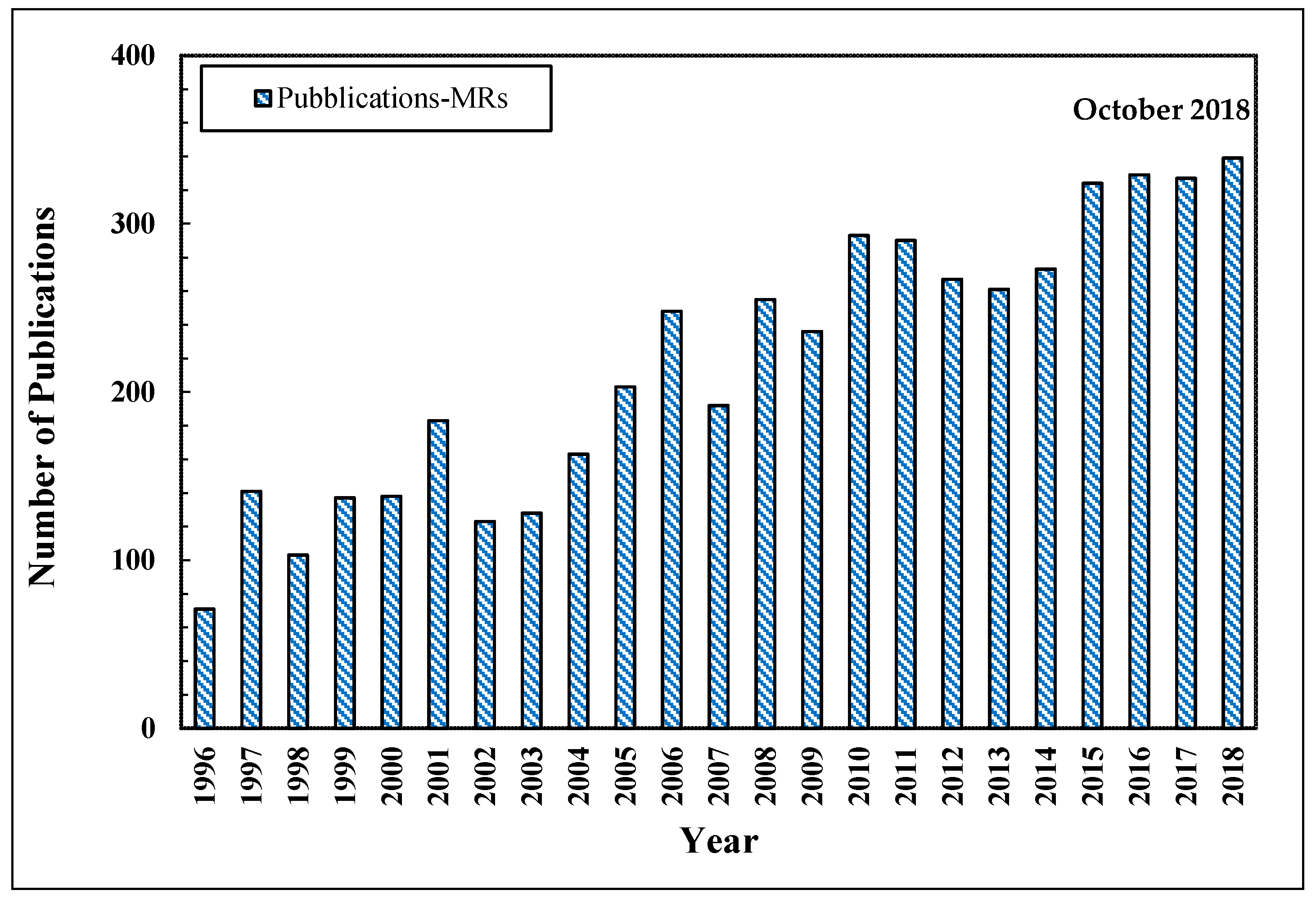 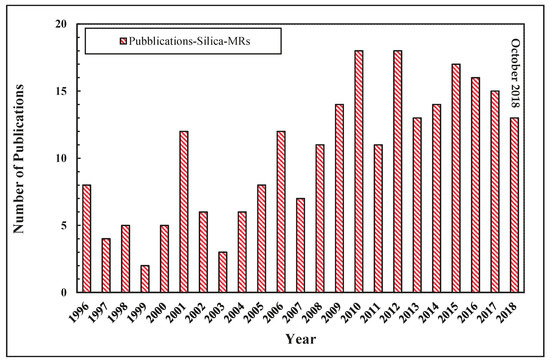 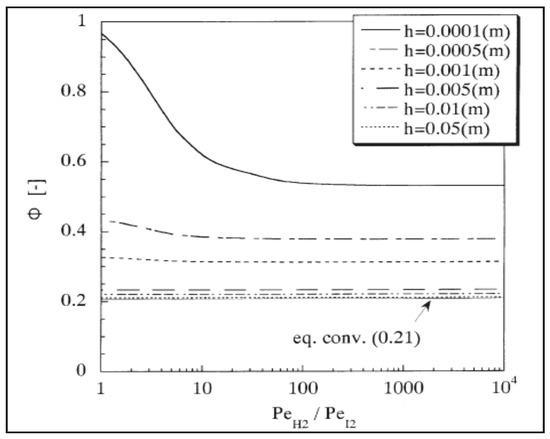 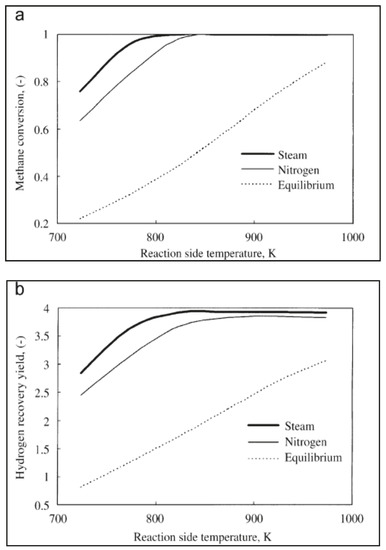 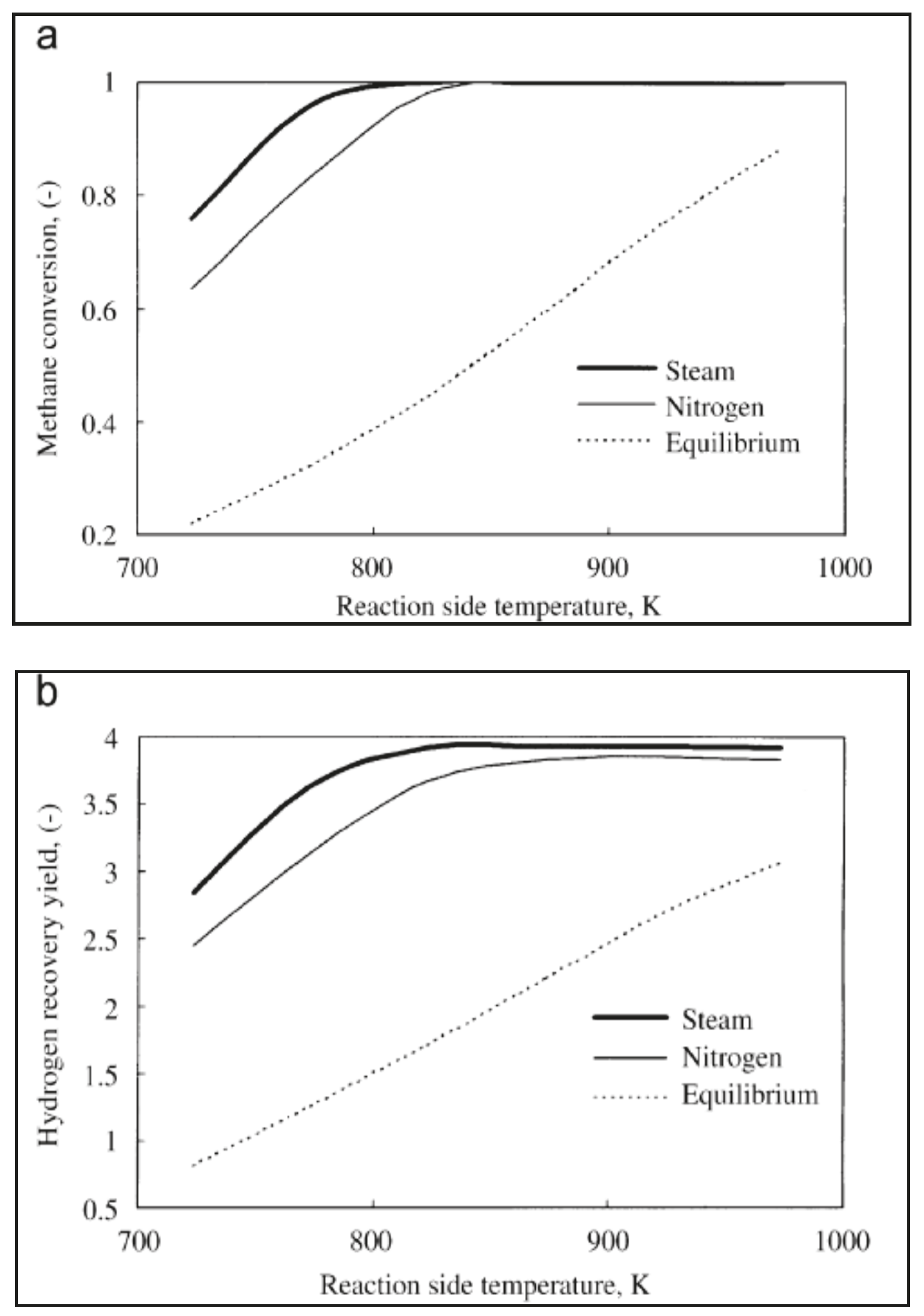