Pre-Fermentation Water Addition to High-Sugar Shiraz Must: Effects on Wine Composition and Sensory Properties
Next Article in Special Issue

Addition of Broad Bean Hull to Wheat Flour for the Development of High-Fiber Bread: Effects on Physical and Nutritional Properties

Determining the Authenticity of Shark Meat Products by DNA Sequencing

A total of 130 samples of shark fillets, made up of 42 labeled as palombo (Mustelus mustelus, Mustelus asterias, Mustelus punctulatus), 35 as verdesca (Prionace glauca) 28 as gattuccio (Scyliorhinus canicula) and 25 as spinarolo (Squalus acanthias, Squalus blainville) (commercial and scientific names according to Italian MiPAAF Decree dated 22 September 2017) [52] were purchased from fish markets and fishmongers, in the Apulia region (south-eastern Italy), and stored at −20 °C until further use.

The mandatory labeling requirements indicated by Council Regulation (EC) No. 1379/2013 (Art. 35) were evaluated for each sample [53]. In detail, the commercial designation, the scientific name, the geographical area and production method, the category of fishing gear used in the capture of the species and whether previously frozen were assessed.

Genomic DNA extraction and purification were performed starting from 10 mg aliquots of sample, using the DNeasy Blood and Tissue Kit (QIAGEN, Hilden, Germany) as reported by Handy et al. [54]
Specimens of authentic species were used as positive extraction controls. No added tissue was included as negative extraction control to verify the purity of the extraction reagents. The DNA concentration and purity were established by evaluating the A260 nm/A280 nm ratio using a BioPhotometer D30 filter (Eppendorf, Milan, Italy).

The PCR reactions were conducted in a final volume of 25 μL, using 12.5 μL of HotStarTaq Master Mix 2× (QIAGEN, Hilden, Germany), containing 2.5 units of HotStarTaq DNA Polymerase, 1.5 mM of MgCl2 and 200 μL of each dNTP. Subsequently 0.5 μM of each primer and 1 μL of DNA were added. The amplification profiles for COI and NADH2 are described in Table 2.
Extraction and PCR positive and negative controls were encompassed. The PCR reactions were processed in an Applied Biosystems™ SimpliAmp™ Thermal Cycler (Thermo Fisher Scientific, Milan, Italy). All reactions were performed in duplicate.

The QIAquick PCR Purification Kit (QIAGEN, Hilden, Germany) was used to purify the PCR products, in order to generate an amplicon free of extra dNTPs and excess primers that might interfere with the sequencing reaction.

The sequences generated were dereplicated to identify and remove identical sequences using mothur v.1.44.1 [56]. Identification by analysis of similarity was performed, in the case of COI fragments, with a blast search against the Species Level Barcode Records database within BOLD SYSTEMS (http://www.boldsystems.org/index.php/IDS_OpenIdEngine) whereas the NADH2 fragments were blasted against the GenBank nucleotide database [57]. Summary of identifications of specimens based on analysis of similarity was visualized using Circos [58].
Identification by generation and placement in a tree was also performed. For COI analysis, all the reference sequences belonging to the species expected from the original label (M. mustelus, M. asterias, M. punctulatus, Prionace glauca, Scyliorhinus canicula, Squalus acanthias and Squalus blainville) and/or those not expected but recovered with a match <98% of similarity in the blast output, were downloaded from the BOLD SYSTEM. The reference sequences were dereplicated (i.e., identical sequences were removed) and aligned with the samples using MAFFT [59]. The alignment was manually checked and edited using SeaView v.4.0 [60].
A Maximum Likelihood tree was built with IQ-TREE v1.6.8 [61] with 1000 bootstrap replicates. The best-fit model was selected using ModelFinder [62] implemented in an IQ-TREE. The tree was visualized and annotated in iTOL [63,64]. An identical procedure was used for NADH2. For this marker, the hits were downloaded from the GenBank outputs, then dereplicated and multialigned with the samples using MAFFT to build the tree. Chimaera monstrosa was taken as outgroup both for COI (MN397913.1) and NADH2 (JQ518716.1) trees [65].

3.1. Analysis of the Fish Labels

Despite being required by Article 35 of EU Regulation No 1379/2013 [53], none of the shark fillet labels showed complete information on commercial designations, scientific denominations, geographical origins, production methods, categories of fishing gear used in capture and whether they were previously frozen. The labels included only the Italian commercial designation (as per Italian MiPAAF Decree dated 22 September 2017) [52], while the scientific name, geographical area and category of fishing gear used in capture were missing from all samples.

DNA of good yield and quality was isolated and purified from all 130 specimens. Following all of these extractions, the PCR products were clearly visible as single bands of the predicted size, i.e., respectively ~655 for COI and ~1050 for NADH2. Positive and negative controls for the extraction and PCR gave the predicted results. Sequence lengths ranged between 657–724 bp (average 694) in COI and 935–1391 bp (average 1084) in NADH2. After the removal of redundant haplotypes (fragments identical in length and nucleotide), the 130 samples were reduced to 20 COI and 22 NADH2 unique haplotypes (Table 3).

The clustering of haplotypes was in most cases congruent for both markers and contained samples originally labelled as the same species. However, in four cases in COI and three in NADH2, the cluster included a mix of specimens originally labelled as different species, highlighting the presence of mislabeling. Different numbers of total clusters in the two markers was due to two clusters including mixed specimens: (i) in COI, a cluster containing verdesca and spinarolo samples (15C_Verd, 16C_Verd, 25C_Verd, 33C_Spin) was split into two clusters in NADH2, one including verdesca and spinarolo (15N_Verd, 33N_Spin) and another only with verdesca (16N_Verd, 25N_Verd); (ii) in COI, a cluster containing verdesca and spinarolo samples (17C_Verd, 3C_Spin) was split into two 3N_Spin and 17N_Verd (Table 3). Analysis of similarity gave successful matches with references available, with the pair-wise sequence identity fluctuating from 99% to 100%.
The results of molecular investigations for both markers revealed a high occurrence of incorrect species declaration in 59/130 (45.4%) shark meat products. Of these, 15/42 (35.7%) fillets of palombo (M. mustelus, M. asterias, M. punctulatus) were wrongly labeled, with 9/15 being identified as Scyliorinus canicula and 6/15 as Prionace glauca. Among the prepared fillets sold as verdesca (Prionace glauca), 11/35 (31.4%) were incorrectly labeled, with 6/11 samples identified as belonging to Mustelus asterias and 5/11 as Isurus oxyrinchus. In addition, post-sequencing data analysis found that 8/28 (28.6%) fillets of gattuccio (Scyliorhinus canicula) were not correctly labeled, with 8/8 being identified as belonging to Mustelus punctulatus. Finally, all purported spinarolo (Squalus acanthias, Squalus blainville) (100%) samples were mislabeled, all being identified as Prionace glauca. Details of blast results are reported in Figure 1 and Supplementary Material Tables S1–S4.
The final alignment of COI produced a matrix of 424 sequences with 590 characters with best-fit model HKY + F + I + G4 chosen according to BIC criterion. In NADH2, the final alignment produced a matrix of 163 sequences with 865 characters with best-fit model TIM2 + F + I + G4 according to BIC criterion. In the COI and NADH2 Maximum likelihood trees (Figure 2), the placement of samples confirmed the identification (correctly or incorrectly labeled samples) obtained by the similarity approach.
The list of references used for the generation of the COI and NADH2 trees is available in Supplementary Material Tables S5–S7.

The study highlighted the use of threatened species in the International Union for Conservation of Nature (IUCN) in the Mediterranean (critically endangered-CR): Prionace glauca and Isurus oxyrinchus [12] (Table 4). None of the species was associated with CITES listings, prohibitions on landings or restricted sales [66]. The study detected the use of species included in Annex II (List of endangered and threatened species) of the Barcelona Convention for the Protection of the Mediterranean [67], such as Isurus oxyrinchus and species listed in Appendix III (Protected Fauna Species) of the Bern Convention such as Isurus oxyrinchus and Prionace glauca [68] (Table 4). 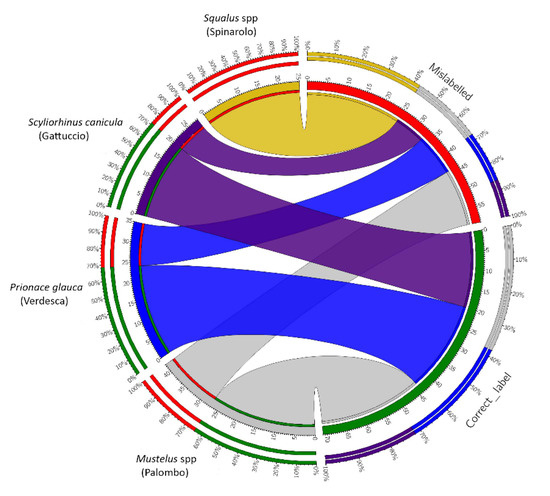 Table 4. Conservation status of identified species.
Table 4. Conservation status of identified species.
* IUCN (International Union for the Conservation of Nature) Conservation status categories: Least Concern (LC), Data-deficient (DD); Near-Threatened (NT), Endangered (EN). CITES: Convention on International Trade of Endangered Species of Wild Fauna and Flora ** Barcelona Convention: Annex II: List of endangered and threatened species; Annex III: List of species whose exploitation is regulated.
© 2020 by the authors. Licensee MDPI, Basel, Switzerland. This article is an open access article distributed under the terms and conditions of the Creative Commons Attribution (CC BY) license (http://creativecommons.org/licenses/by/4.0/).
We use cookies on our website to ensure you get the best experience. Read more about our cookies here.
Accept
We have just recently launched a new version of our website. Help us to further improve by taking part in this short 5 minute survey here. here.
Never show this again