Some chemical compounds, especially alcohol, sugars, and alkaloids such as hordenine, have been reported as elicitors of different emotional responses. This preliminary study was based on six commercial beers selected according to their fermentation type, with two beers of each type (spontaneous, bottom, and top). Chemometry and sensory analysis were performed for all samples to determine relationships and patterns between chemical composition and emotional responses from consumers. The results showed that sweeter samples were associated with higher perceived liking by consumers and positive emotions, which corresponded to spontaneous fermentation beers. There was high correlation (R = 0.91; R2 = 0.83) between hordenine and alcohol content. Beers presenting higher concentrations of both, and higher bitterness, were related to negative emotions. Further studies should be conducted, giving more time for emotional response analysis between beer samples, and comparing alcoholic and non-alcoholic beers with similar styles, to separate the effects of alcohol and hordenine. This preliminary study was a first attempt to associate beer compounds with the emotional responses of consumers using non-invasive biometrics. View Full-Text
Keywords: hordenine; happiness; beer consumption; sensory analysis; beer styles hordenine; happiness; beer consumption; sensory analysis; beer styles
►▼ Show Figures 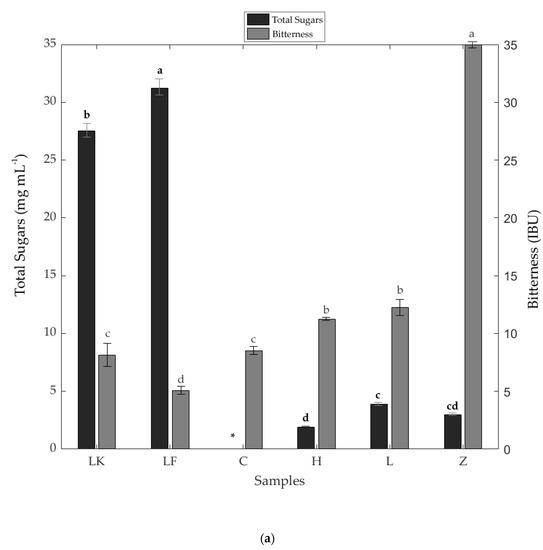