Vitamin D Incorporation in Foods: Formulation Strategies, Stability, and Bioaccessibility as Affected by the Food Matrix
Next Article in Special Issue

An Italian-Mediterranean Dietary Pattern Developed Based on the EAT-Lancet Reference Diet (EAT-IT): A Nutritional Evaluation

The Price of Homemade Street Food in Central Asia and Eastern Europe: Is There a Relation with Its Nutritional Value? 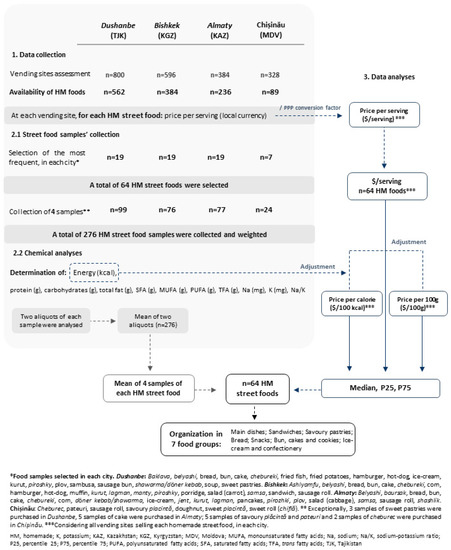