Special Care Dentistry and COVID-19 Outbreak: What Lesson Should We Learn?
Previous Article in Journal

The recent development of a highly effective vaccine against the human papillomavirus (HPV) has been met with widespread clinical and public health interest and awareness based on scientific and lay literature reports of its effectiveness and resulting reductions in associated cancer risk [1,2,3,4]. Systematic reviews of randomized controlled trials (RCT) revealed strong antibody responses from two- and three-dose vaccinations that have resulted in a significant reduction in the incidence of external genital lesions and will likely result in long-term reduction in the incidence of high-risk cervical cancers and other HPV-mediated pathologies [5,6,7]. Recent systematic reviews and meta-analyses have revealed compelling evidence of substantial reductions in HPV-specific infections in geographic areas with high vaccination coverage, which will likely facilitate both direct clinical protection and more far-reaching effects involving herd immunity within those communities [8,9].
However, in spite of these positive reports of HPV vaccine effectiveness, social and societal barriers to vaccination may hamper public health efforts to prevent HPV-mediated diseases [10]. For example, the challenge of increasing awareness, knowledge and compliance among boys and young men has been particularly difficult as described by low participation rates since HPV has been viewed as a pathogen primarily affecting women [11]. In addition, cultural beliefs and religious barriers based on pre-marital sexual relations bans may also contribute to vaccine hesitancy among some specific sub-populations that may harbor negative views regarding the topic of preventing sexually transmitted infections [12]. Finally, the debunked myths and misconceptions regarding a link between vaccination and childhood autism and other pediatric pathologies may still be pervasive among a significant proportion of the population [13,14].
Although a few studies have evaluated knowledge or awareness of HPV vaccination among practicing dentists or dental educators, it is unclear whether this information receives sufficient emphasis in dental education to mold student views on vaccination that lead to their implementation by students when they enter dental practice. Few studies have evaluated the awareness, knowledge and acceptance of HPV vaccination among dental students and post-graduate residents [15,16]. The few studies to date that have evaluated dental students specifically, have found deficiencies in both knowledge and awareness that may be addressed through changes to the dental curriculum [17,18]. In fact, recent evidence has suggested that HPV-specific immunization training may be sufficient to increase student knowledge and increase the likelihood of recommending HPV immunization among dental hygiene students [19].
Based upon this information, the primary goal of this study is to evaluate dental student and post-graduate resident awareness, knowledge and acceptance of HPV vaccination during a curricular module devoted to immunization practices and HPV-specific vaccination.

The original protocol was reviewed by the UNLV Biomedical Institutional Research Board (IRB) and was deemed excluded from IRB review (OPRS#0811-2911) November 12, 2008. Informed consent was waived pursuant to the exemption to human subjects research under the Basic HHS Policy for Protection of Human Research Subjects, (46.101) Subpart A (b) regarding IRB exemption for research involving the use of education tests (cognitive, diagnostic, aptitude, achievement) in which the subjects cannot be identified directly or through identifiers.
In brief, this study was a retrospective analysis of previously administered and collected student responses. All enrolled dental students (n = 312) and post-graduate residents (n = 48) were asked to complete a voluntary questionnaire, based upon a previously validated HPV vaccine awareness, knowledge, perceptions and clinical practice survey discussed within the context of the required Microbiology and Immunology course session focused on HPV and HPV vaccination [20].
Students were then placed into small groups of four and asked to pick one group of four questions (Questions 3–6 regarding general vaccine safety and efficacy or Questions 14–17 regarding HPV vaccine specifically) and find evidence-based information to support their answers. Each student would take one of the four selected questions and find peer-reviewed articles to support (or refute) their answers. The students then answered questions on a separate survey regarding how and where they found this peer-reviewed or evidence-based information (information literacy skills). Neither the HPV questionnaire or information literacy survey had any identifying information regarding the respondents. At the completion of this exercise, students were allowed to voluntarily turn in either the HPV questionnaire, the information literacy survey or both. The information from the literacy survey will be reviewed and published separately.

Compliance with IRB and Informed Consent exemption required that no demographic or other personal information could be collected at the time of the questionnaire collection, therefore no summary statistics or analysis for these participants and the corresponding responses can be provided. All questionnaire responses were transcribed in an Excel spreadsheet and descriptive statistics for the percentage of responses from each question were reported. Differences in responses between dental (DMD-level) students and post-graduate residents were analyzed using Chi square analysis and on-line software from GraphPad (San Diego, CA, USA).

The few previous studies that evaluated the awareness, knowledge and acceptance of HPV vaccination among dental students and post-graduate residents found deficiencies in both knowledge and awareness [15,16,17,18]. This study evaluated both dental student and post-graduate resident awareness, knowledge and acceptance of HPV vaccination during a curricular module devoted to immunization practices and HPV-specific vaccination and found noteworthy similarities and differences. For example, although the majority in both groups agreed vaccines were effective (~97%), significantly fewer dental students agreed they were safe. This provides support and confirmation of two previous studies that found that dental provider concerns about safety and efficacy corresponded with reluctance to discuss or recommend the HPV vaccine [21,22].
Moreover, the finding that nearly twice the percentage of dental students (approximately 20%) compared with dental residents (approximately 10%) agreed that some vaccines were dangerous may suggest that these concerns about vaccine safety, in general, may be more widespread and must be addressed within the dental school curriculum [23,24]. Although one recent study found that further education and training would improve willingness of dental providers to discuss and recommend HPV vaccination, previous work from the same group found dental student knowledge, awareness and willingness may be more malleable than established dental providers [17,18,25].
The findings that higher percentages of PGDR had discussed or received the HPV vaccination than DMD students may have several possible explanations. For example, the average age of a first year dental student is approximately 25 years old, while the average age for a post-graduate dental resident is closer to 30 years old—a difference of nearly five years that provides significant opportunities to interact with other healthcare providers and vaccination experts [26,27]. In addition, a higher proportion of PGDR may be married or partnered (likely also linked to age), which may increase the likelihood of interactions with healthcare providers recommending vaccinations, including the HPV vaccine [28,29].
This study also includes several limitations, which must also be considered. For example, this study is a retrospective analysis of previously collected data from an educational seminar and was therefore not designed specifically to collect demographic data and other variables that would allow for more in depth and comprehensive analysis of the respondents. In addition, more recent studies have developed and implemented psychometrically tested HPV surveys among college students, which may provide more accurate and useful information for comparison [30,31,32].

Despite these limitations, the data suggest more specific information in dental school microbiology and immunology courses might be needed to increase awareness and knowledge of the safety and effectiveness of vaccines, more specifically including the HPV vaccine and the relationship to oral cancer prevention. This enhanced education might also serve as a curricular focal point to answer questions regarding vaccine-related side effects and provide a mechanism for answering important questions regarding this vaccine.

This project received no external funding. The APC was funded by the Office of Research at the University of Nevada, Las Vegas—School of Dental Medicine and the Department of Advanced Education—Pediatric Dental Residency Program.

The authors would like to acknowledge the Office of Research at the University of Nevada, Las Vegas—School of Dental Medicine and the Department of Advanced Education—Pediatric Dental Residency Program for support of this project. Karl Kingsley is co-investigator on the National Institute of Health (NIH) grant R15DE028431. 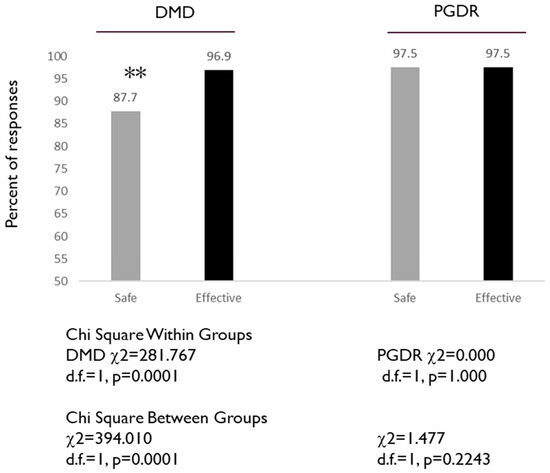 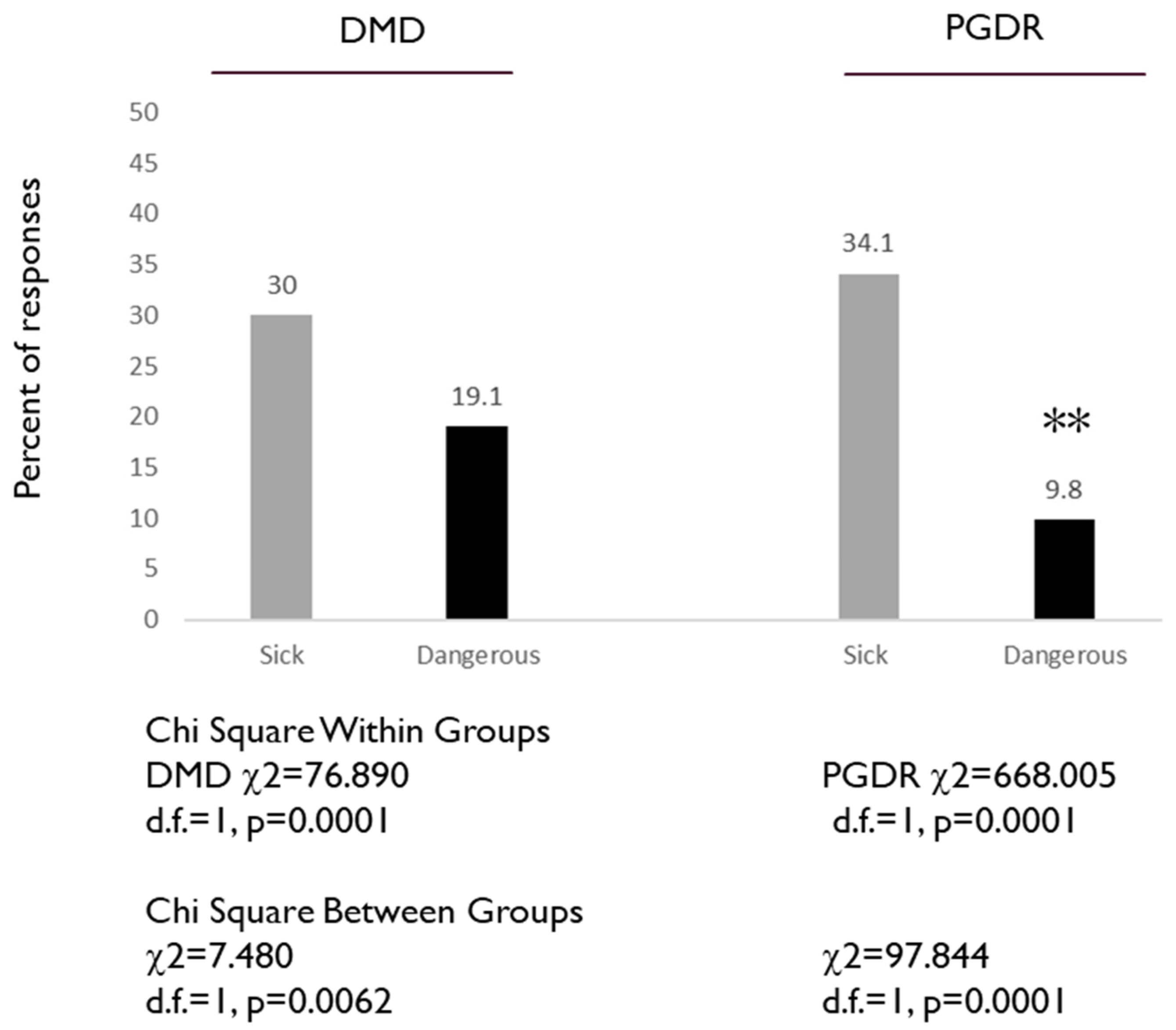 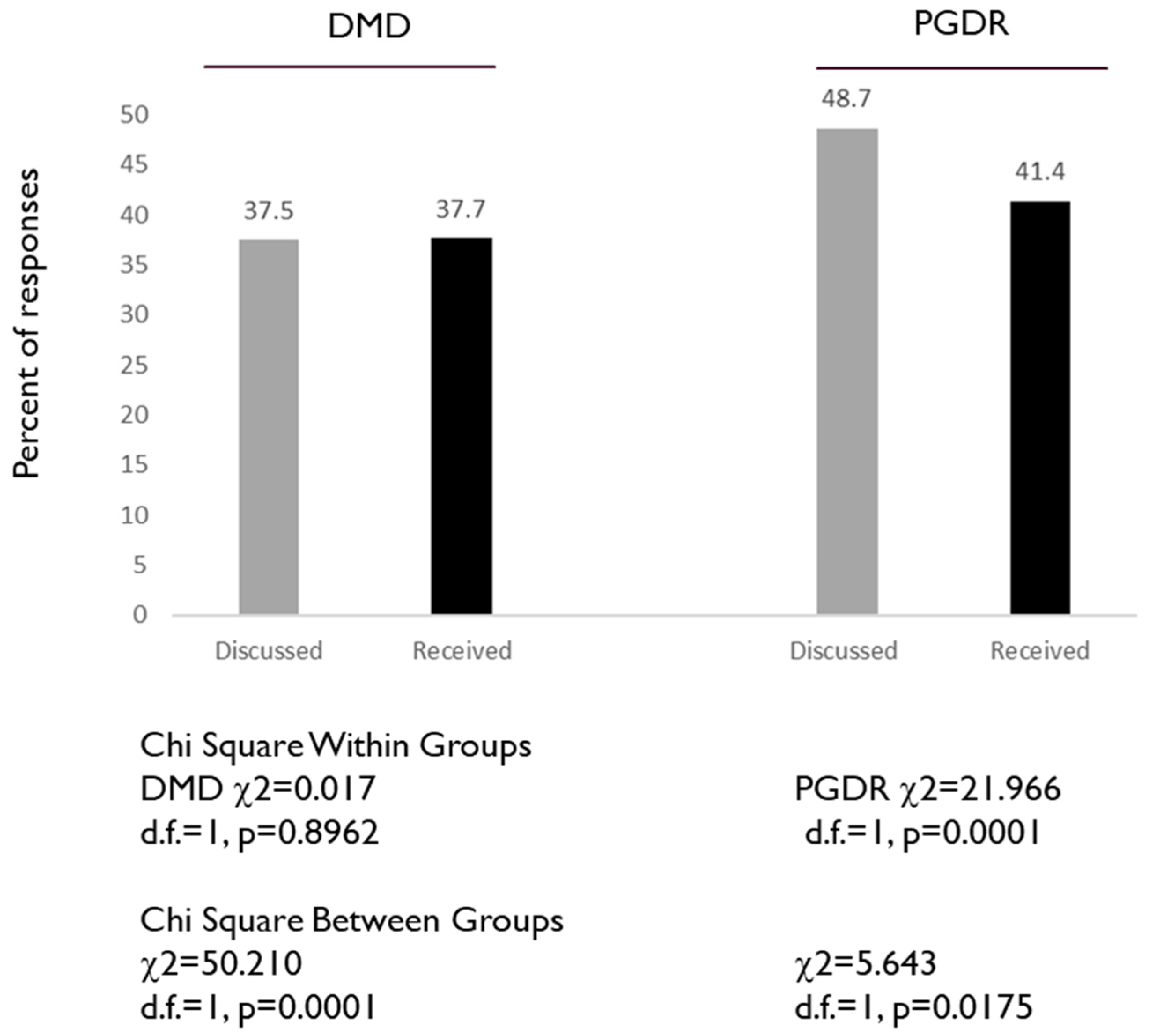 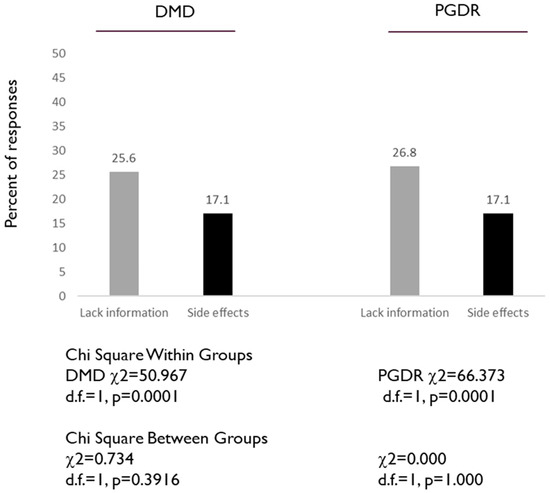 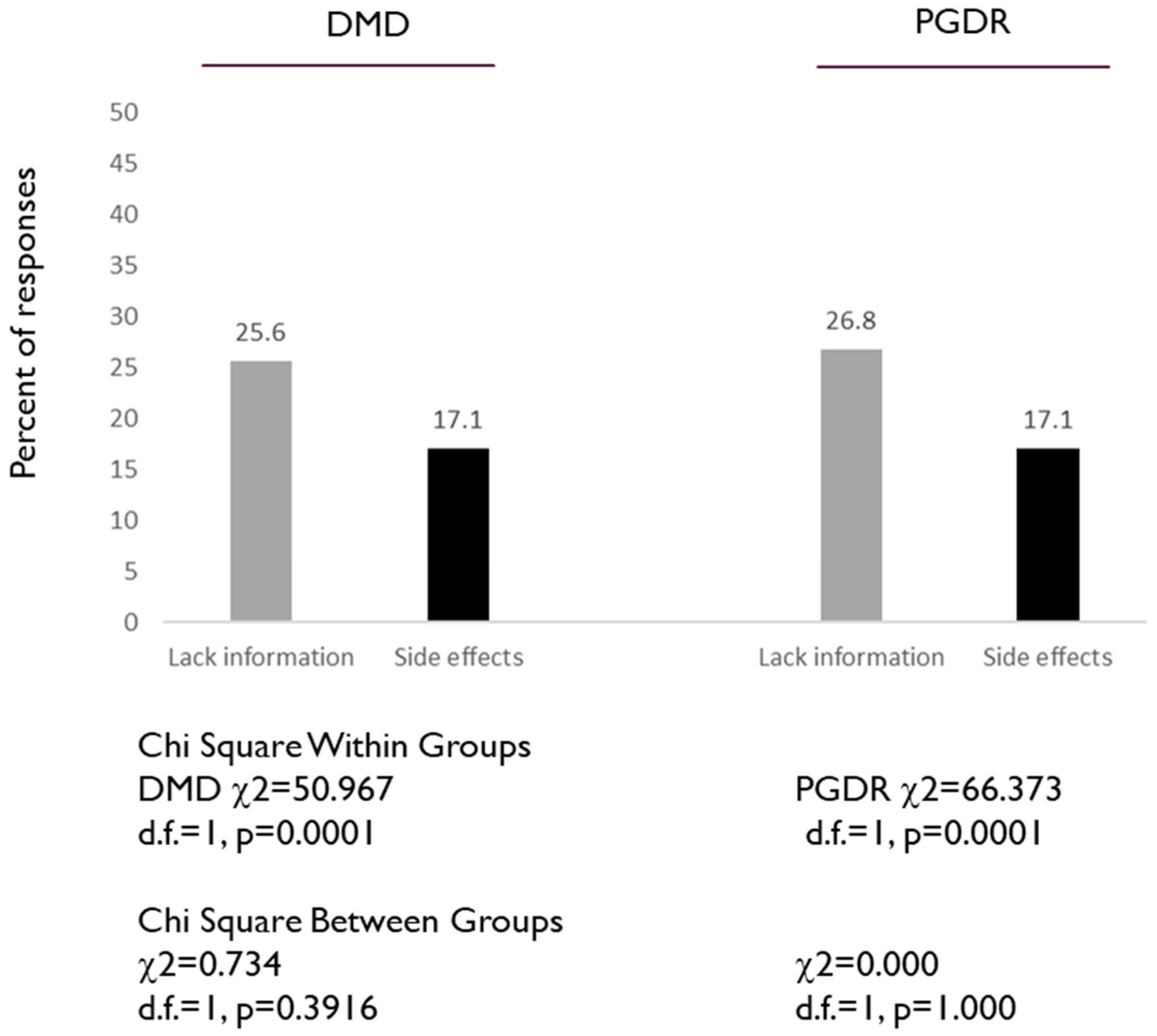 Table 2. Post-graduate resident demographics.
Table 2. Post-graduate resident demographics.
© 2020 by the authors. Licensee MDPI, Basel, Switzerland. This article is an open access article distributed under the terms and conditions of the Creative Commons Attribution (CC BY) license (http://creativecommons.org/licenses/by/4.0/).
We use cookies on our website to ensure you get the best experience. Read more about our cookies here.
Accept
We have just recently launched a new version of our website. Help us to further improve by taking part in this short 5 minute survey here. here.
Never show this again