The fluid flow and heat transfer analysis presented in the paper requires solving the full Navier–Stokes equation, continuity equation and the energy equation. COMSOL CFD analysis software was used to complete the analysis using the finite element method. A three-dimensional model has been created and three velocity vectors were added u, v, w, in x, y, z directions, respectively. For the free flow in the model, the formulation adopted are as follows:
x-direction momentum equation:
y-direction momentum equation:
z-direction momentum equation:
Continuity equation:
Energy conservation equation:
The dynamic viscosity is represented by μf and the density of the fluid is represented by . Pressure is represented as p, and gravity vector is notated as g. Velocities are represented by u, v and w and are in the x, y and z dimensions respectively. The specific heat of the fluid is represented by Cpf and its thermal conductivity is represented by kf. To analyze heat transfer within the aluminum pipe the heat conduction formulation is used.
Additionally, the following equations will be required to model the phase change material. Note in the following equations is the fraction of the PCM in the solid phase, is the fraction of the PCM in the liquid phase, αm is the mass fraction, and L1→2 is the latent heat of the phase change material.

The temperature and Reynolds number at the inlet will be kept constant at 50 °C and 500 respectively for each configuration that is analyzed. For water in a 1 cm inner diameter pipe this leads to an inlet velocity of 0.0445 m/s. Table 1 shows the physical properties of the materials used in the study.
The PCM was modeled in COMSOL using the phase change material module [26]. This allowed for the phase change temperature and transition interval to be set to 22–26 °C.

The mesh sensitivity was checked by taking the ratio of the average Nusselt number along the inner diameter of the pipe divided by the accumulated heat. The mesh sizes tested and results for the reference straight pipe configuration are shown in Table 2 and Figure 4. Due to the complexity of the twisted tape features which are also thin bodies, the finer mesh was selected to model the system, to ensure all features were adequately captured for all configurations.

2.6. Detailed Dimensions of the Helical Pipe

Determining the best configuration for transferring heat from water flowing in a pipe to phase change materials is the aim of this paper. As previously mentioned, the use of various twisted tapes and a helical pipe will be compared to a reference straight pipe to see what impact they have on the overall performance. Since the straight pipe configuration with no insert will be used as a reference, the performance of the other pipes can be compared to it by taking the ratio of the various factors with respect to the straight pipe.
To determine the inlet velocity of the water, the Reynolds number relationship will be used. To be consistent in comparison, all configurations will be compared using equivalent Reynolds number at the inlet (). The Reynolds number will be kept constant at 500 to ensure laminar flow at the inlet of the pipe. The Reynolds number and related inlet velocity can be determined using the following equations.
As previously mentioned for water in a 1 cm inner diameter pipe and a Reynolds number of 500 this leads to an inlet velocity of 0.0445 m/s.
To analyze the performance of the pipe several factors will be considered. They are the heat transfer rate of the system (), the Nusselt number (Nu), the friction factor (f), and the performance evaluation criterion (PEC). Further details of these parameters are given in the following sections.

To further enhance the performance, the effect of the pipe diameter is studied in detail. In particular, the performance evaluation criterion of the configurations can be further enhanced. To do this, the equation for the Nusselt number and the equation for the friction factor can be directly substituted into the formula for the PEC as is shown below. The PEC of the changing diameter will be notated as PECD.
If a constant Reynolds number at the inlet is maintained ( of 500) then the equation relating velocity to Reynolds number (Equation (7)) can be substituted into the equation.
Splitting the above equation into constant and non-constant parts gives the following.
The only parameters that can be changed directly in the configuration are the path length of the pipe (L) and the inner diameter of the pipe D (diameter of the pipe) as all components are either constant or implicitly determined by these two parameters. Based on the equation the most effective way to increase the PEC seems to be lowering the inner diameter of the pipe as the performance evaluation criterion is inversely proportional to the cube of the inner diameter of the pipe (without considering what indirect effects the pipe inner diameter has on the pressure drop and heat transfer coefficient). The inner diameter of the pipe that was simulated previously was 1 cm. Two additional simulations were investigated changing the pipe ID to 0.75 and 0.5 cm respectively for a total of three data points. To keep the Reynolds number at the inlet constant, the inlet velocity will have to be determined for these new configurations using Equation (7). Besides those changes all other parameters of the configuration will remain the same as previously specified. The varying parameters of the 3 helical pipe configurations are shown in Table 3.
The results of the simulations are shown in Figure 13, Figure 14 and Figure 15. Overall, as the inner diameter of the pipe is made smaller, the PEC of the system rises. Additionally, the outlet temperature of the outlet water remains cooler for longer which indicates a higher percentage of the heat is being collected from the water as it flows past the PCM. This is likely due to the fact that lowering the pipe inner diameter, while holding the Reynolds number constant, lowers the total mass flow rate since the cross-sectional area of the pipe decreases faster than the inlet velocity increases. This is the case since area is related to the square of the diameter whereas the inlet velocity for a constant Reynold’s number is inversely related to the diameter. In other words, as the diameter becomes smaller less heat enters the system, due to a lower mass flow rate, but a higher percentage of the heat that does enter the system is stored in the PCM. This is a limiting factor on how small the diameter can become. The reduction in mass flow rate also has the effect of lengthening the time required for the system to reach its maximum capacity as can be seen by the fact that the configuration with the 1 cm pipe diameter reaches a heat transfer rate of about zero the earliest in Figure 15. 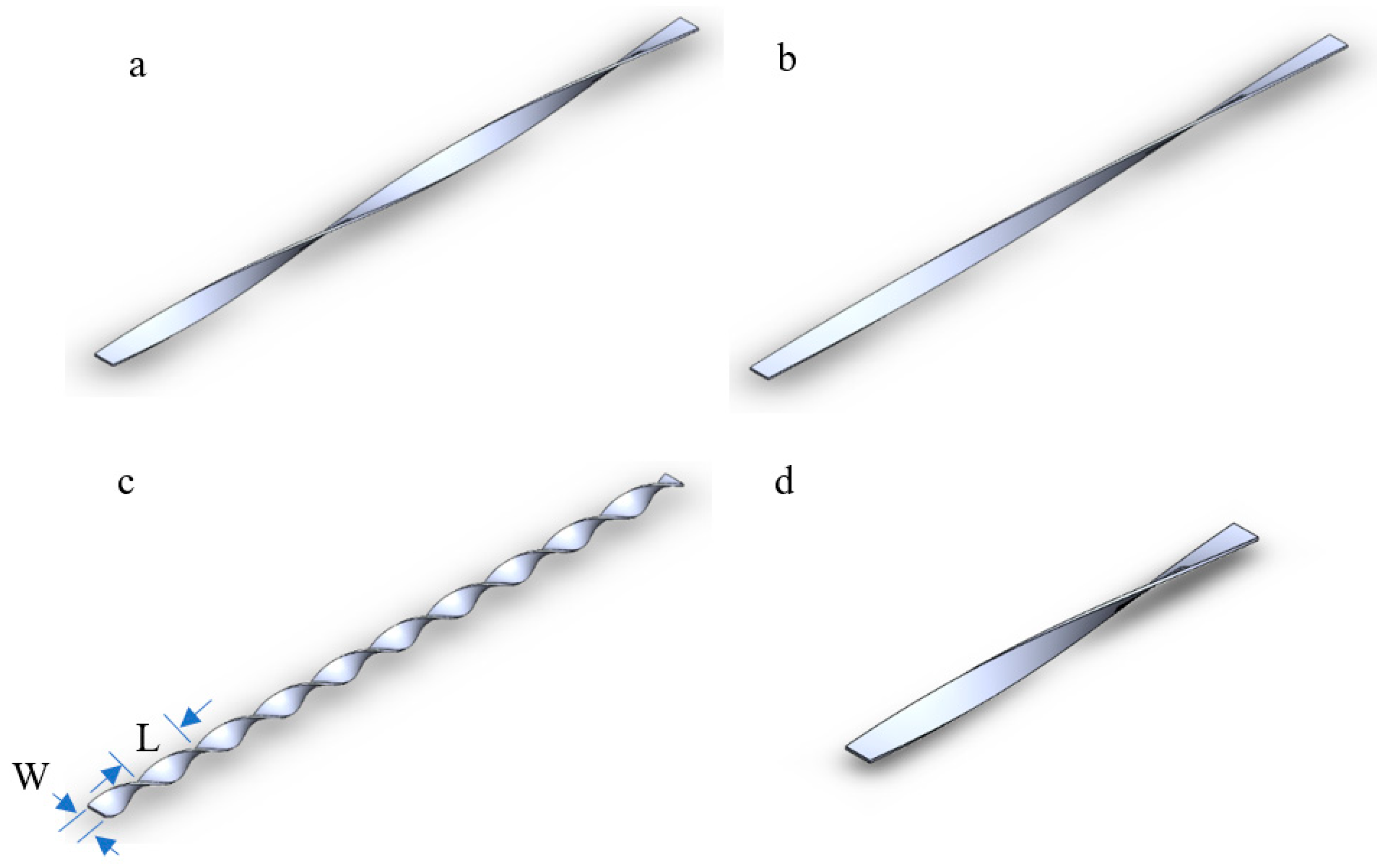 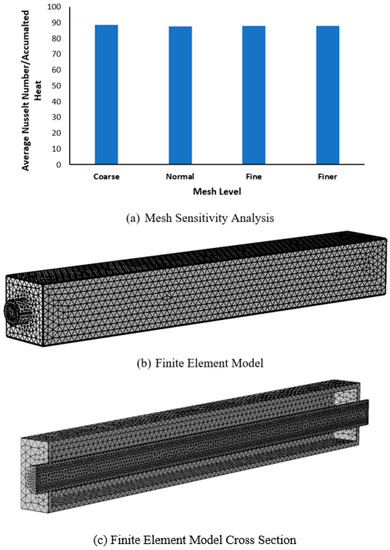 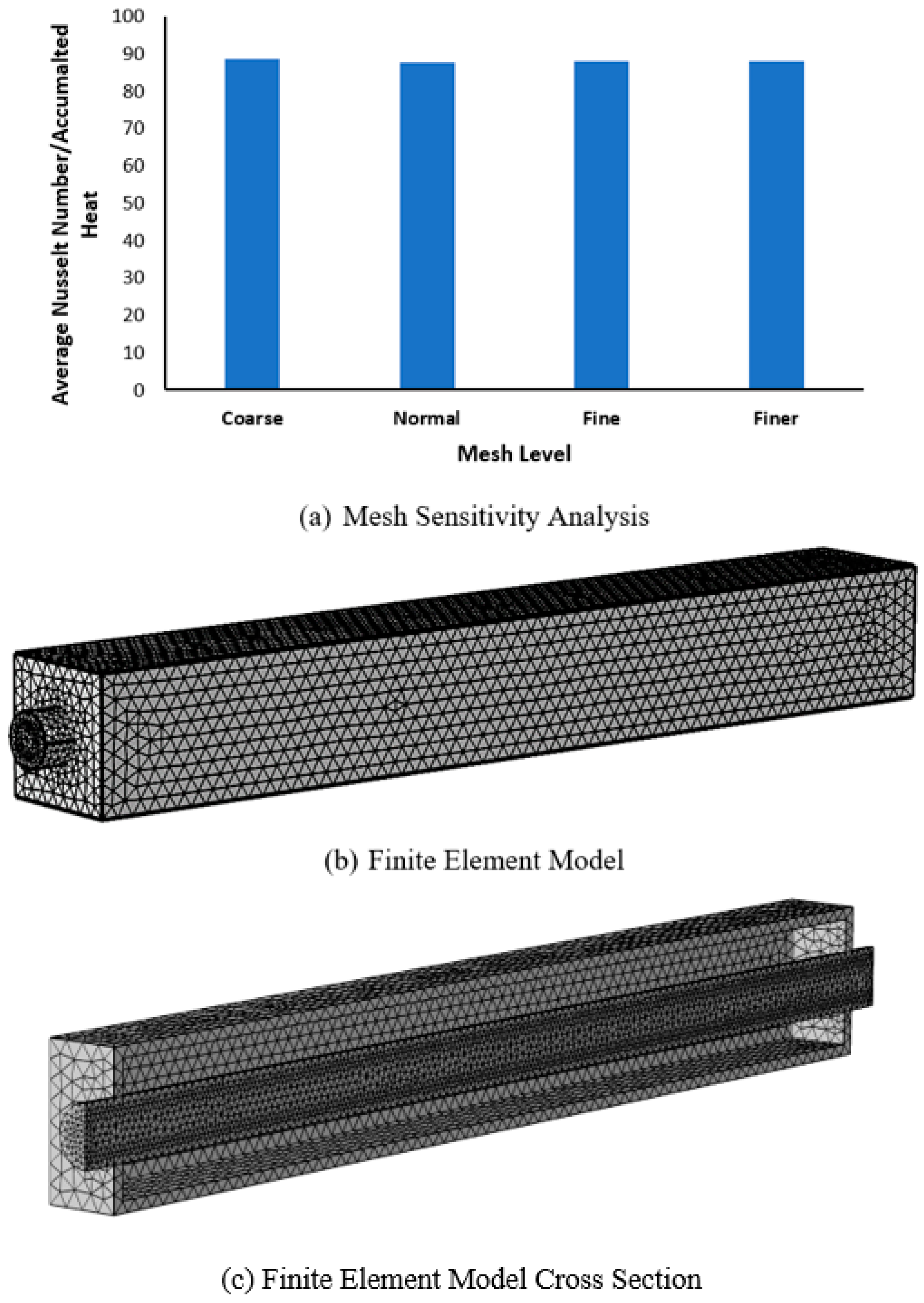 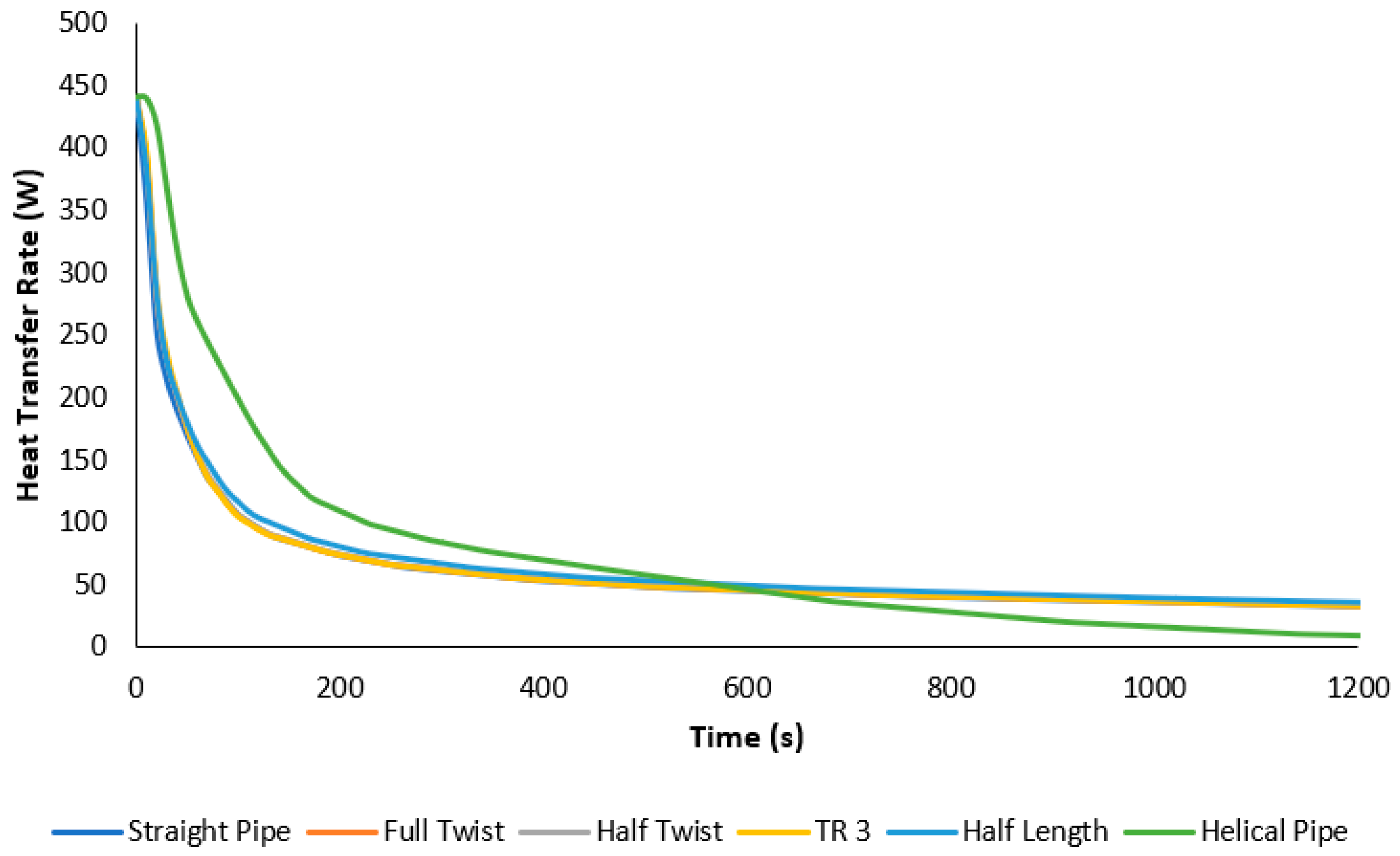 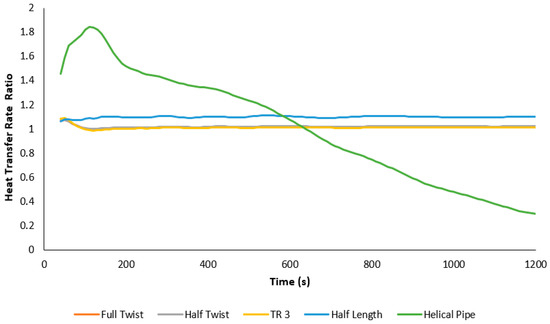 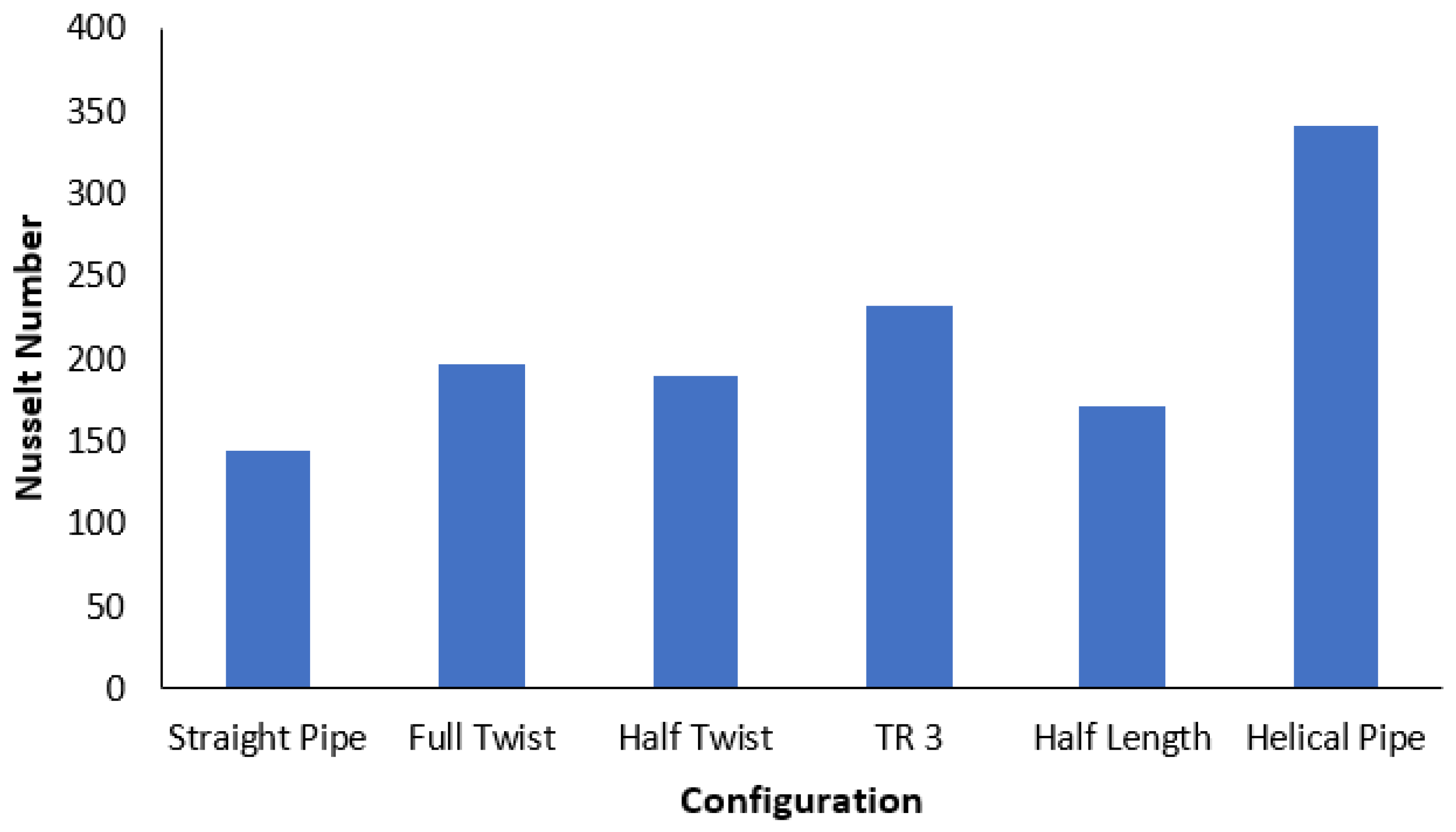 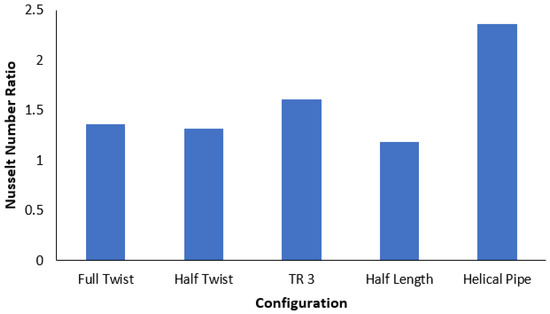 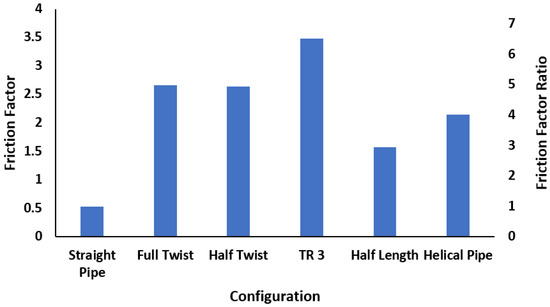 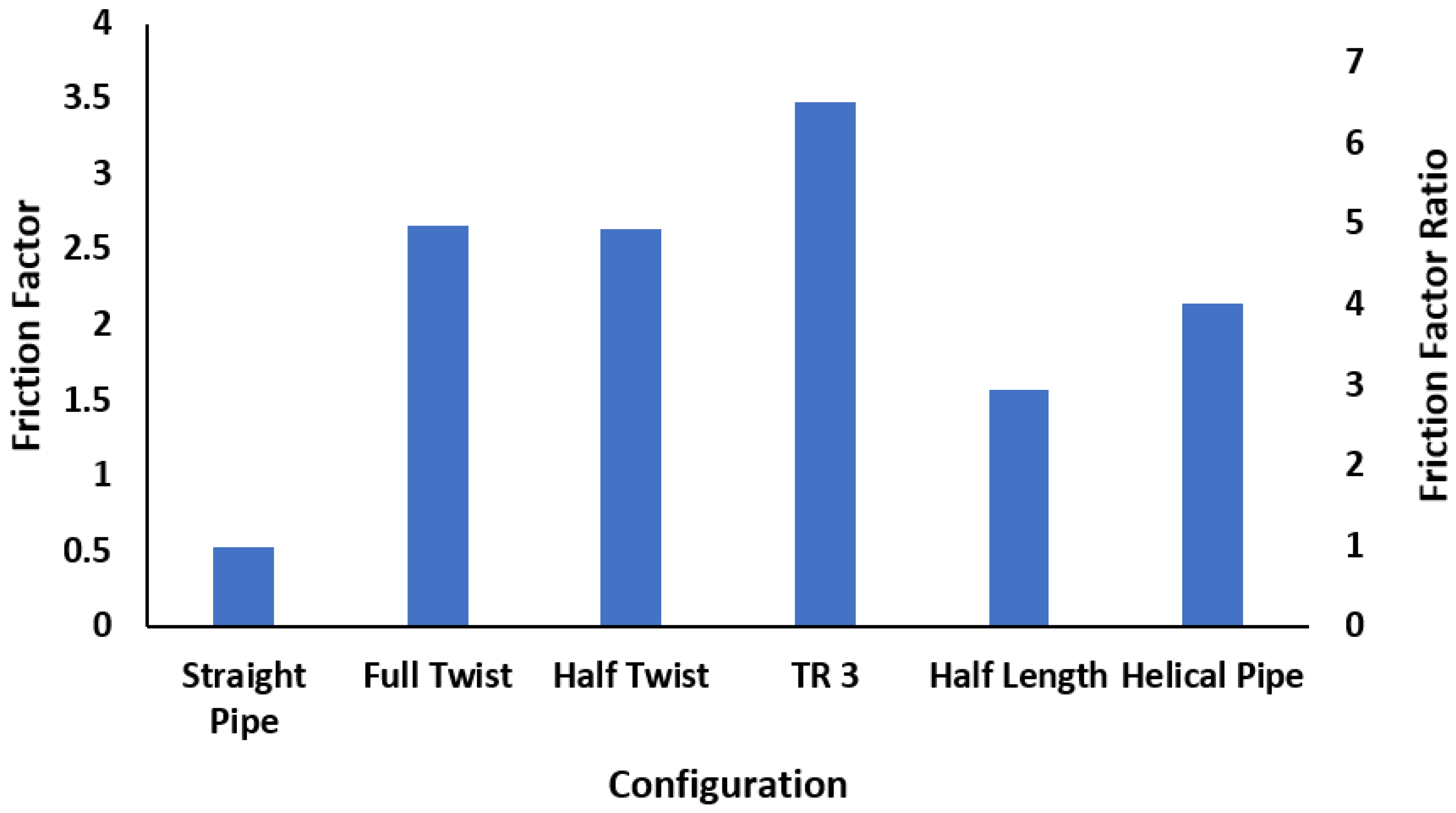 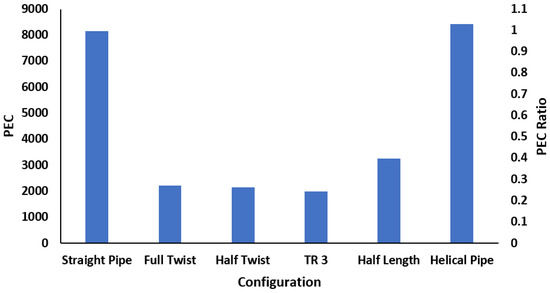 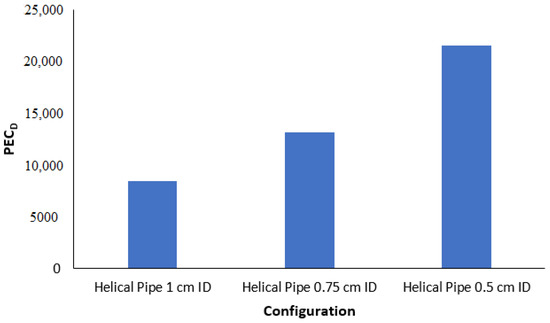 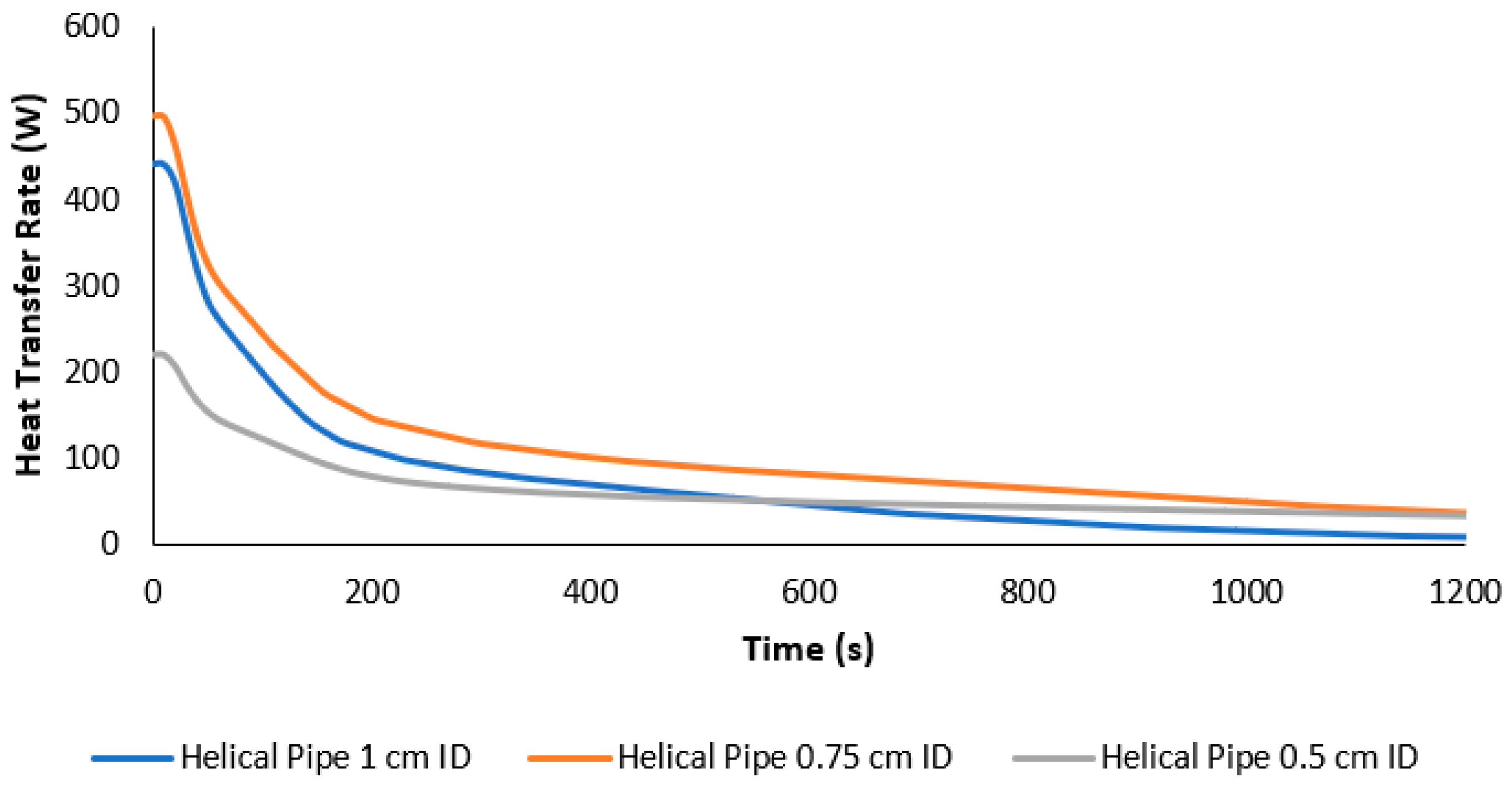 Table 3. Inlet Velocity.
Table 3. Inlet Velocity.
© 2021 by the authors. Licensee MDPI, Basel, Switzerland. This article is an open access article distributed under the terms and conditions of the Creative Commons Attribution (CC BY) license (https://creativecommons.org/licenses/by/4.0/).
We use cookies on our website to ensure you get the best experience. Read more about our cookies here.
Accept
We have just recently launched a new version of our website. Help us to further improve by taking part in this short 5 minute survey here. here.
Never show this again