Investigation and Analysis of a Hazardous Chemical Accident in the Process Industry: Triggers, Roots, and Lessons Learned

Performance Evaluation of Elimination of Stagnation of Solar Thermal Systems

To eliminate thermal stagnation, the collector tilting system was used. Verification of the operation of the system took place using a laboratory thermal system consisting of a panel array consisting of four flat solar panels HERZ CS 100F located at the workplace of the Department of Process Engineering. The total area of the collectors is 8.28 m2 and the absorption area of the collector is 7.56 m2, which means that 91.3% of the total area is actively used. A maximum of seven panels can be placed in one collector array as stated by (Hafez et al., 2018). The collector frame features a double-chamber made of anodized aluminum with insulation consisting of mineral wool with a temperature resistance up to 300 °C mounted in the lower part of the frame. In order to obtain the best possible conditions and the most ideal angle between the incident solar radiation and the absorption surface of the collectors, the collectors were placed on a structure that allows the entire surface to be automatically tilted according to the current position of the sun controlled by the Siemens Desigo Insight system. Figure 1 shows the tracker construction enabling the collector tilting.. The Siemens Desigo Insight control system (Figure 2) is used for correct and automatic collector tilting.

Harrison et al. [9] describe stagnation conditions as any situation in which a solar collector must receive heat from solar radiation and pass it on to the heat-transfer fluid, causing the solar collector and its components to rise in temperature above the maximum allowable level. Stagnation conditions may arise during the exposure to solar radiation when the flow of heat-transfer fluid in the system is interrupted due to technical faults such as power outages, component failures, system maintenance and repair and pump controller interventions due to capacity storage limitations or any other reason for temporary low heat consumption.
Stagnation behavior is crucial for long-term, reliable and low level of maintenance operation of solar thermal systems. This is particularly important in industrial applications where the entire installed thermal capacity of a solar system cannot be fully utilized. This may be due to technical failures (e.g., circulator pump failure), lack of heat consumption (e.g., weekends, holidays, maintenance, repairs) or power outages. This operating state causes all components in the solar system to be under high stress, which is different from normal operating conditions [41].
When the stagnation temperature is reached, the thermal output of the Qcoll solar thermal collector drops to zero. The heat output of a solar thermal collector can be approximated by the following equation:
Qcoll—thermal output of the collector [W]
A—area of the collector [m2]
η0—peak efficiency (conversion factor) [−]
a1—heat transfer coefficient at (Tm − Ta) = 0 [Wm−2 K−1]
a2—temperature-dependent heat transfer coefficient [Wm−2 K−2]
Tm,f—mean liquid temperature in the collector [°C]
Ta—ambient temperature [°C]
G—hemispherical solar radiation on the collector [Wm−2]
A temperature that reaches ηcoll = 0 gives a stagnant temperature Tstag each collector and can be calculated from the efficiency curve equation (Tm,f = Tstag): Tstag equilibrium (stagnant) temperature [°C].
The efficiency of a solar collector under steady conditions is defined as the ratio of the heat output dissipated by the heat transfer medium from the collector field to the incident solar radiation.
η—efficiency of solar collector, Qk—heat output, G—amount of solar radiation [W/m2], Ak—reference surface of the collector [m2].
The reference surface for evaluating the efficacy may be the absorber area, the aperture area or the thick area. The efficiency of the solar collector is evaluated and reported as a curve depending on the climatic and operating conditions.
G—amount of solar radiation [W/m2], Ak—reference surface of the collector [m2], η0—solar collector efficiency at zero heat loss (optical collector efficiency), a1—linear heat loss coefficient [W/(m2.K)], a2—quadratic coefficient of heat loss of collector (expresses temperature dependence).

Heat-transfer fluid with a volume of 5.2 L flows through the collector with a flow rate of 4.6 L.min−1. It is a heat-transfer fluid Agrimex Collector P super with a low pour point suitable for all types of collectors. The liquid is based on monopropylene glycol (1,2-propanediol) with the addition of non-toxic corrosion inhibitors and stabilizer to achieve increased thermal stability and extended life. The heat-transfer fluid has a freezing temperature of −30 °C, which is necessary for local climatic conditions. The fluid can be short-term overheated up to 300 °C and has constant heat conductivity and pH. In addition, the heat capacity and density of the fluid are only slightly variable at different temperatures. The temperature pressure diagram is shown in Figure 4. These properties have a high stability and are suitable for performing experiments and measurements. The heat-transfer fluid is described in Table 1.
Fluid life expectancy in professionally operated systems is 10 years. The manufacturer recommends checking the fluid for freezing temperature and pH once every 2 years. Table 2 shows the parameters of the heat-transfer fluid in temperature regimes of −30 °C to 100 °C.

Tilting of collectors is carried out thanks to the construction solution that tilts around one axis. Azimuth extrapolation is used to determine the correct position of the collector. Due to the size of the whole multivalence system of the experimental laboratory, a part with a gas boiler and thermal panels was used and the resulting scheme of the part of the system used in the experiments is shown in Figure 5. This system consists of the control system, a three-way changeover valve with actuator and a fluid flowmeter with calorimetric counter. The thermal energy that is obtained from the panels is transmitted in the DHW cylinder VT-S 1000 FRMR with a capacity of 970 L and then in the PSR 800 with the capacity of 800 L.
Position control (Figure 6) transfers the signal to two binary outputs with three degrees: open–close–stop; in this case it is a right–left–stop. This signal is determined by evaluating the solar radiation intensity. In case of sufficient solar radiation intensity, the structure is tilted according to the current recalculated position of the sun. If the intensity falls below the critical solar radiation intensity, the engine stops. Subsequent triggering occurs only after the solar radiation intensity has increased again. To ensure the rotation of the structure, the end position sensors are located in the end positions (Figure 7), which also serve as zero points for the calculation of end positions in the interval 0–100.
The pump operation (Figure 8) is conditional upon the achievement of the defined difference of the measured temperature values at the output of the solar panels and the temperature values in the accumulation tanks.

In terms of location, the laboratory is located in the city of Prešov (Slovakia). In terms of climatic conditions, the city is located in the northern temperate zone, which is characterized by four seasons. Prešov region belongs to a slightly warmer area, where the average annual temperature ranges from 4 to 8 °C. Wind conditions are complicated not only due to the complex orography (land relief), but also due to the great variability of weather during the year. The homogeneity of the active surface, which determines its roughness, also plays an important role. The average annual wind speed ranges from 2 to 3 m s−1. In terms of precipitation, 40% of precipitation is projected for the summer (June–August), 25% for the spring, 20% for the autumn and 15% for the winter (the prevalence of precipitation in the summer is obvious). The most rainy months are June or July, with the least rainfall in January to March. In winter, much of the rain falls in the form of snow.
The average amount of sunlight during the monitored period ranged from 100 W/m2 to a daily average of over 500 W/m2. It can be seen from Figure 9 that days with average values of about 500 W/m2 are those during which suitable conditions for stagnation due to the high values of incident solar radiation may occur. These days represented 40% of the total number of days measured in the given period. In summer, there may also be a long-lasting series of sunny and steady days, when the solar system can overheat and then approach or reach a stagnant temperature. Therefore, the solar system must be properly designed and properly sized to prevent the entire system from overheating even in the case of low hot water demand in summer.

3.2. Experimental Verification of the Operation of the Tilting System in Relation to Stagnation

3.2.1. Simulation of Incident Solar Radiation on the Solar Thermal Collector

There were several options to streamline and maximize the use of the solar potential in solar systems. One possibility is to mount the collector on the tracker construction. This design allows the collector to move and monitor the current position of the sun, making it possible to use more of the incident solar radiation. An important aspect is also to determine the ideal angle of incidence of the sun’s rays on the collector surface. With the ideal tilting and inclination of the collector towards solar radiation, higher temperature gains can be achieved than with a poorly optimized and static system. The threat to any solar system is overheating of the system as a result of a failure or energy saturation when the system may overheat, and stagnation processes may take place. Stagnation can most often occur due to a failure of the circulation pump or insufficient hot water consumption. High temperatures can severely damage the entire solar system and protection systems must be provided to prevent stagnation. In the proposed solar system placed on the tracker construction, no modification of collectors and heat transfer medium is necessary. A suitable option to protect the solar system from stagnation processes is to tilt the collector and reduce the amount of incident solar radiation, thereby lowering the temperature of the medium in the collector. By tilting the collectors, the system temperature decreased by 10% in one hour. Using this process, it is possible to intervene in the already existing stagnation process and lower the temperatures in the system. However, it is more effective to prevent the system from overheating and stagnation. When approaching the critical temperature, the panels tilt away from the incident solar radiation, thus reducing their performance and lowering the system temperature. The advantage of the proposed system is full automation of control and independent decision-making of the system according to the current conditions. The system selects the most appropriate variant of operation for a given time and user intervention is not necessary. In the case of energy saturation of the system, excess heat must be removed from the system, which means that in case of significant accumulation of thermal energy in the storage tanks and assuming a low consumption of hot water, the option is to cool the storage tank. This cooling is carried out by circulating the heat transfer medium throughout the system during the year, thus extracting thermal energy from the storage tank and releasing it to the outside. Measurements have shown that the storage tank can be cooled by circulating the heat transfer medium in the system at night. By doing so, the water temperature in the tank will drop significantly. This preventive solution can be deployed in case of a low hot water consumption during the summer or holiday season. This option is more demanding in terms of time, but it is highly effective in the case of low hot water consumption.

The authors disclosed receipt of the following financial support for the research, authorship, and/or publication of this article: This work was supported by the Slovak Research and Development Agency under the contract no. APVV-16-0192.

The authors declared no potential conflict of interest with respect to the research, authorship, and/or publication of this article. 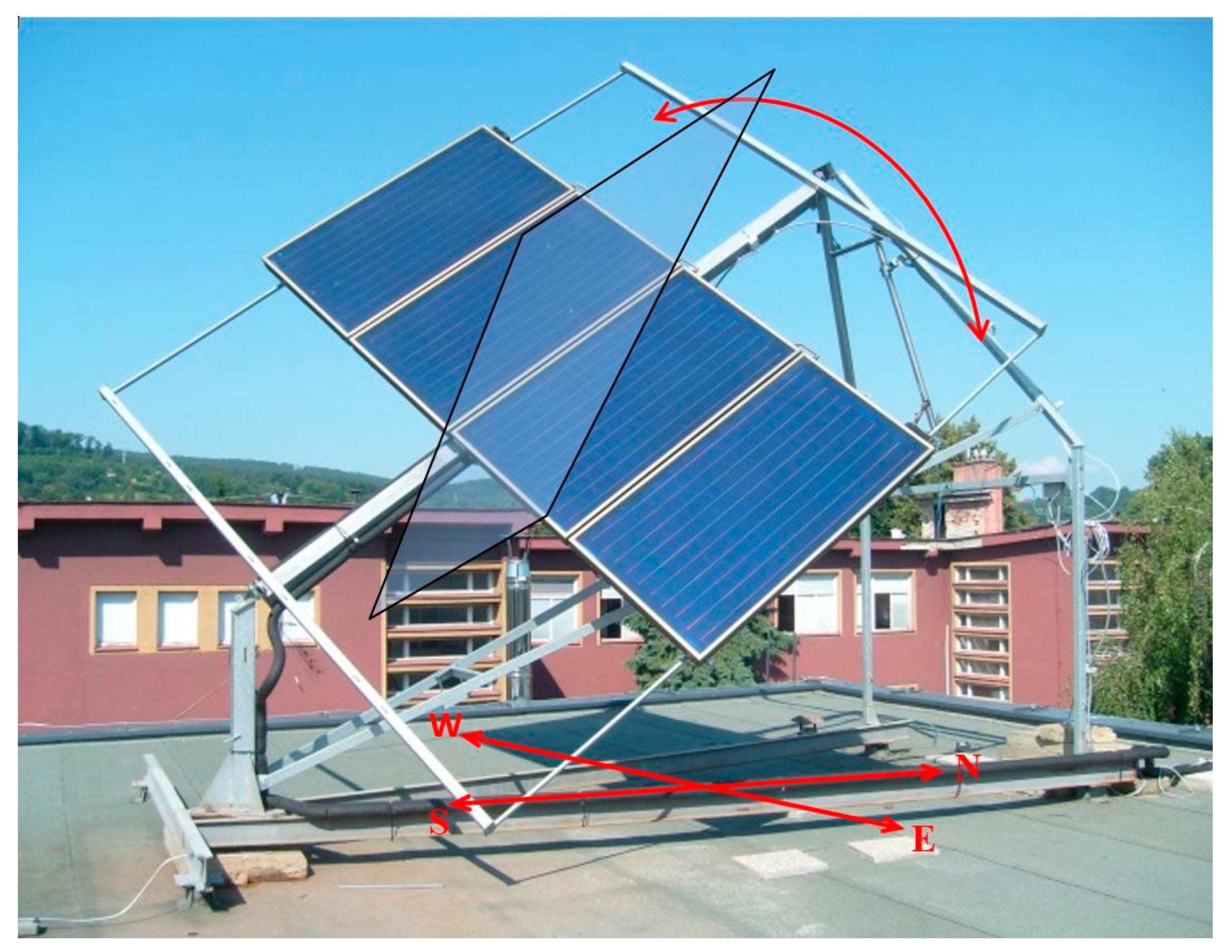 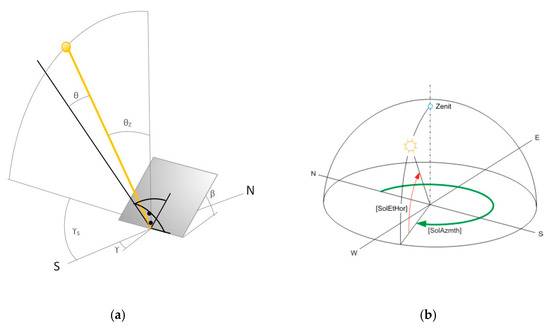 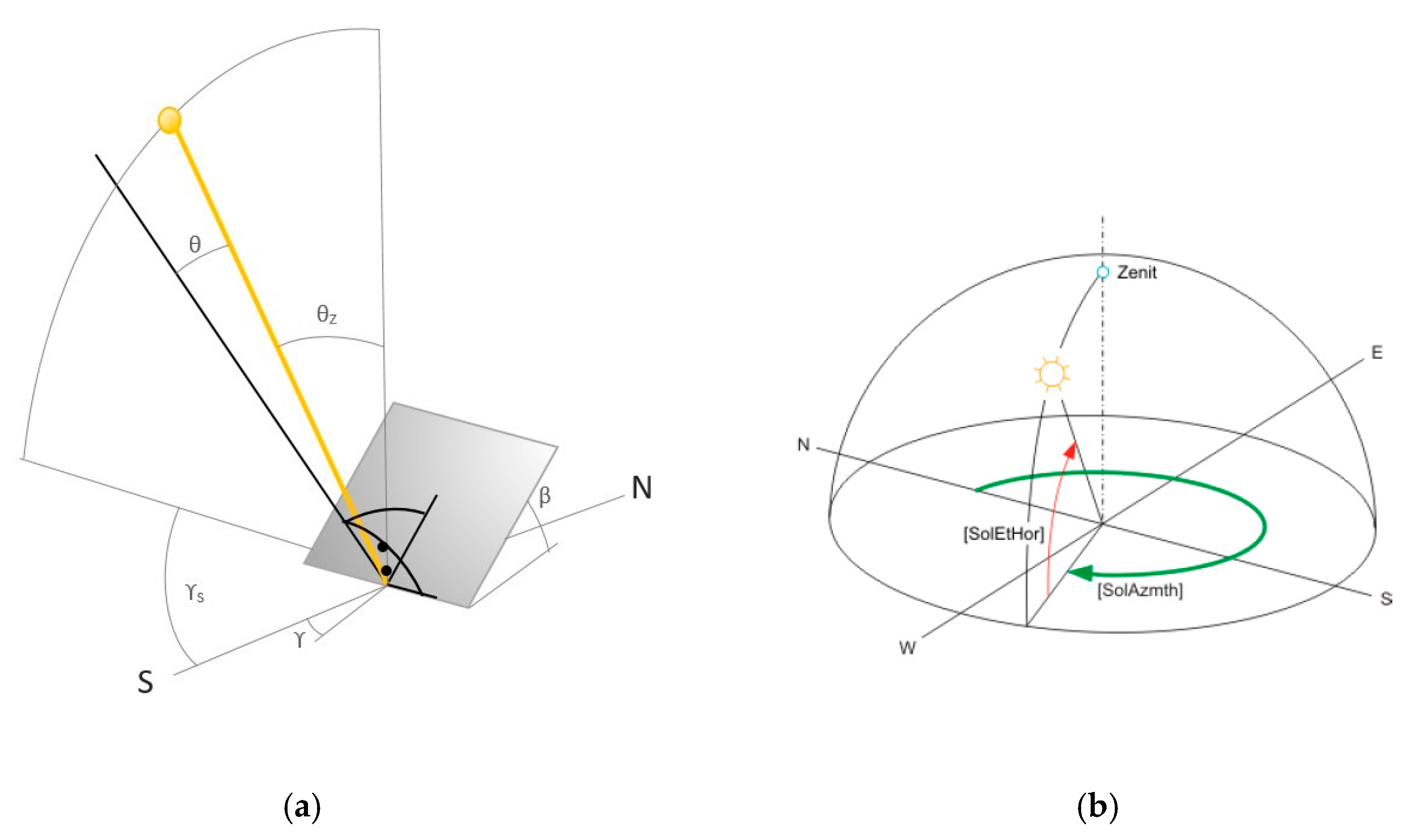 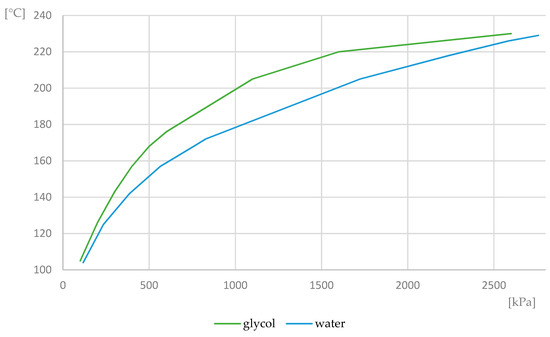 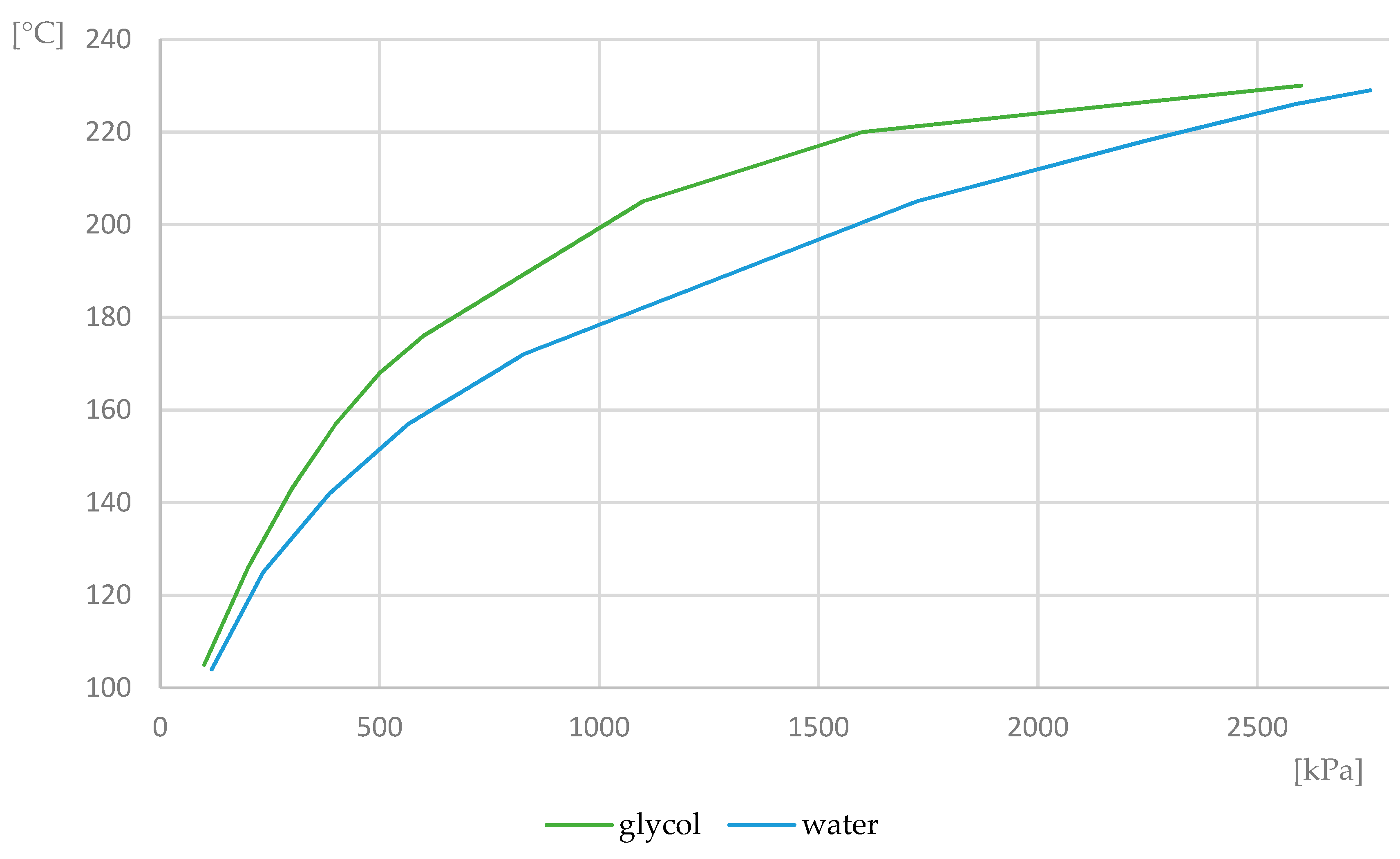 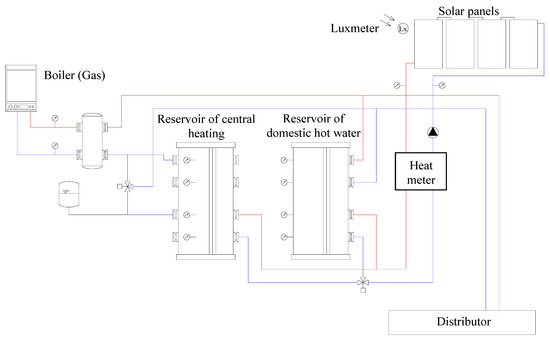 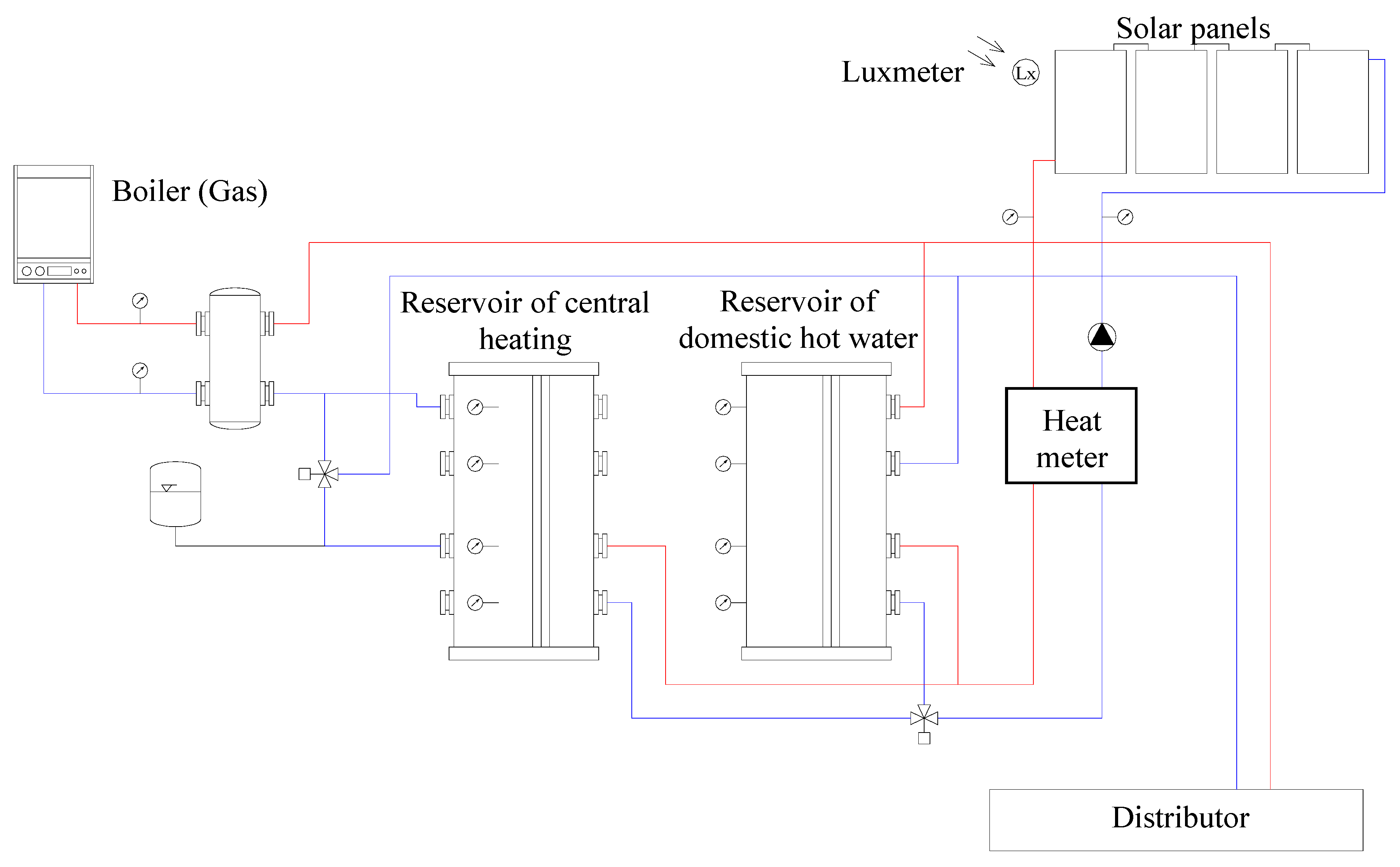 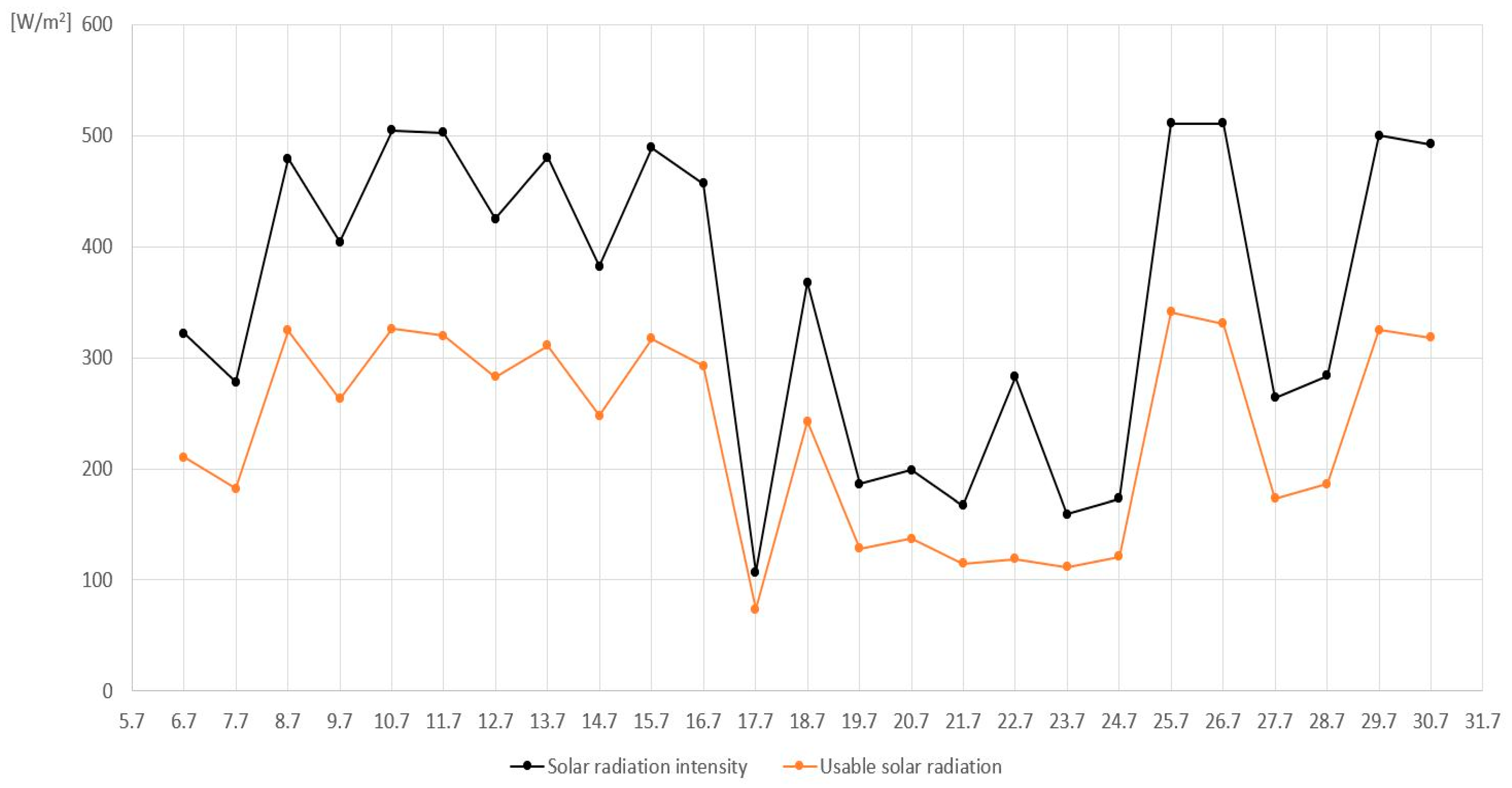 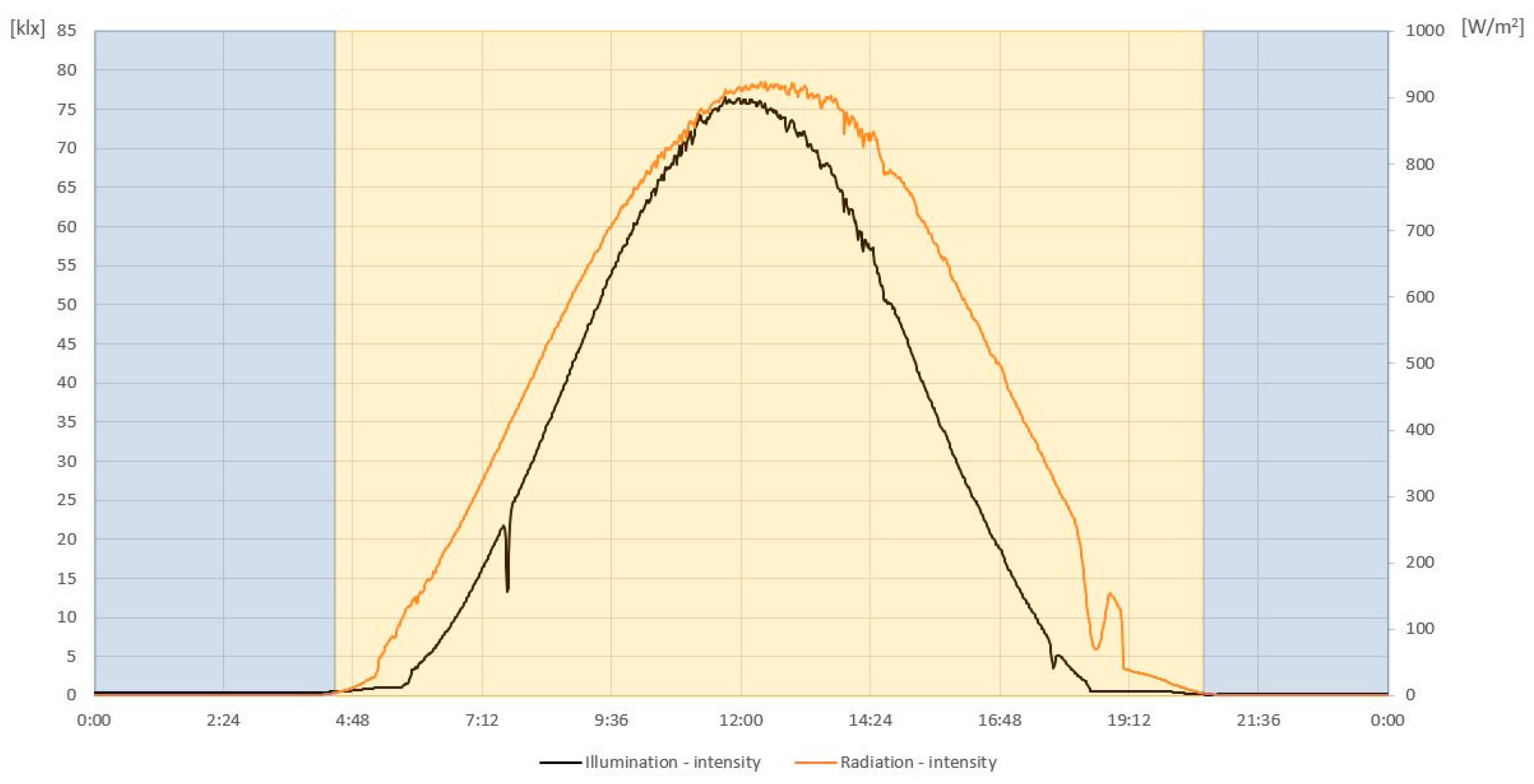 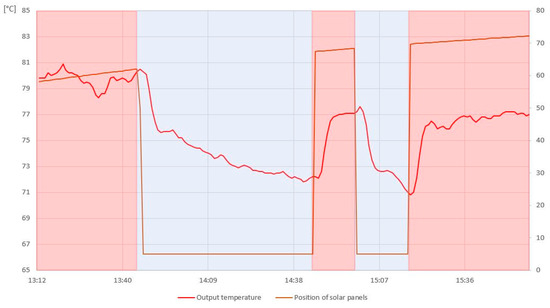 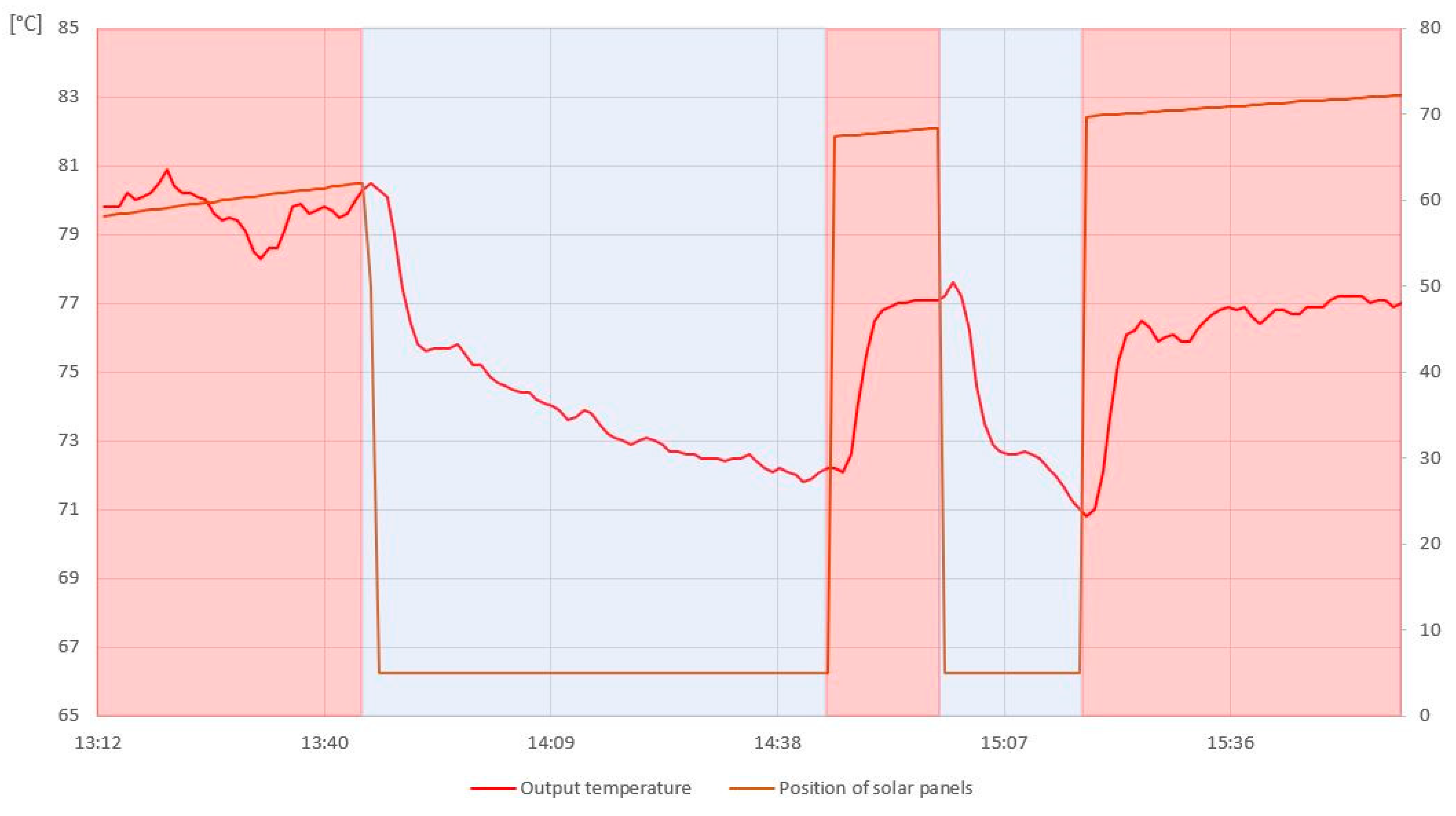