A mobile ad hoc network (MANET) is a self-configuring wireless network in which each node could act as a router, as well as a data source or sink. Its application areas include battlefields and vehicular and disaster areas. Many techniques applied to infrastructure-based networks are less effective in MANETs, with routing being a particular challenge. This paper presents a rigorous study into simulation techniques for evaluating routing solutions for MANETs with the aim of producing more realistic simulation models and thereby, more accurate protocol evaluations. MANET simulations require models that reflect the world in which the MANET is to operate. Much of the published research uses movement models, such as the random waypoint (RWP) model, with arbitrary world sizes and node counts. This paper presents a technique for developing more realistic simulation models to test and evaluate MANET protocols. The technique is animation, which is applied to a realistic scenario to produce a model that accurately reflects the size and shape of the world, node count, movement patterns, and time period over which the MANET may operate. The animation technique has been used to develop a battlefield model based on established military tactics. Trace data has been used to build a model of maritime movements in the Irish Sea. Similar world models have been built using the random waypoint movement model for comparison. All models have been built using the ns-2 simulator. These models have been used to compare the performance of three routing protocols: dynamic source routing (DSR), destination-sequenced distance-vector routing (DSDV), and ad hoc n-demand distance vector routing (AODV). The findings reveal that protocol performance is dependent on the model used. In particular, it is shown that RWP models do not reflect the performance of these protocols under realistic circumstances, and protocol selection is subject to the scenario to which it is applied. To conclude, it is possible to develop a range of techniques for modelling scenarios applicable to MANETs, and these simulation models could be utilised for the evaluation of routing protocols. View Full-Text
Keywords: MANET; RWP; battlefield; realistic model; performance evaluation; network simulation; mobility modelling MANET; RWP; battlefield; realistic model; performance evaluation; network simulation; mobility modelling
►▼ Show Figures 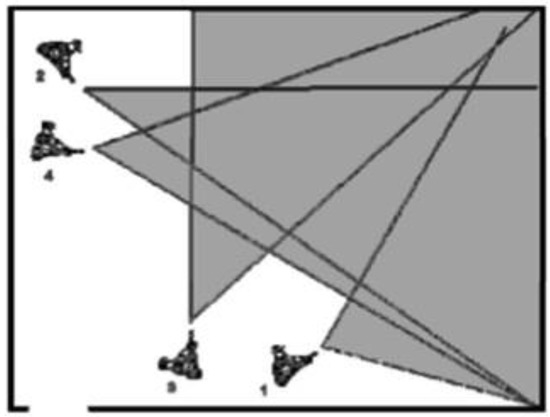