clear
Please note that, as of 1 January 2016, Chromatography has been renamed to Separations and is now published here.
Open AccessArticle

Traditionally, column performance in liquid chromatography has been studied using information from the elution of probe compounds at different flow rates through van Deemter plots, which relate the column plate height to the linear mobile phase velocity. A more recent approach to characterize columns is the representation of the peak widths (or the right and left peak half-widths) for a set of compounds versus their retention times, which, for isocratic elution, give rise to almost linear plots. In previous work, these plots have been shown to facilitate the prediction of peak profiles (width and asymmetry) with optimization purposes. In this work, a detailed study on the dependence of the peak widths (or half-widths) on the flow rate is reported. A new approach to quantify the deterioration of column performance for slow and fast flow rates and to characterize chromatographic columns is proposed. The approach makes use of the width (or half-widths) for a set of compounds with similar interaction kinetics and does not require knowledge of the extra-column contributions to the total variance. The chromatographic data of two sets of compounds of different natures (sulfonamides and β-blockers), eluted from Spherisorb and Chromolith columns with acetonitrile-water mixtures, are used to illustrate the approach. View Full-Text
Keywords: liquid chromatography; width plots; flow rate; prediction of peak profiles; column characterization liquid chromatography; width plots; flow rate; prediction of peak profiles; column characterization
►▼ Show Figures 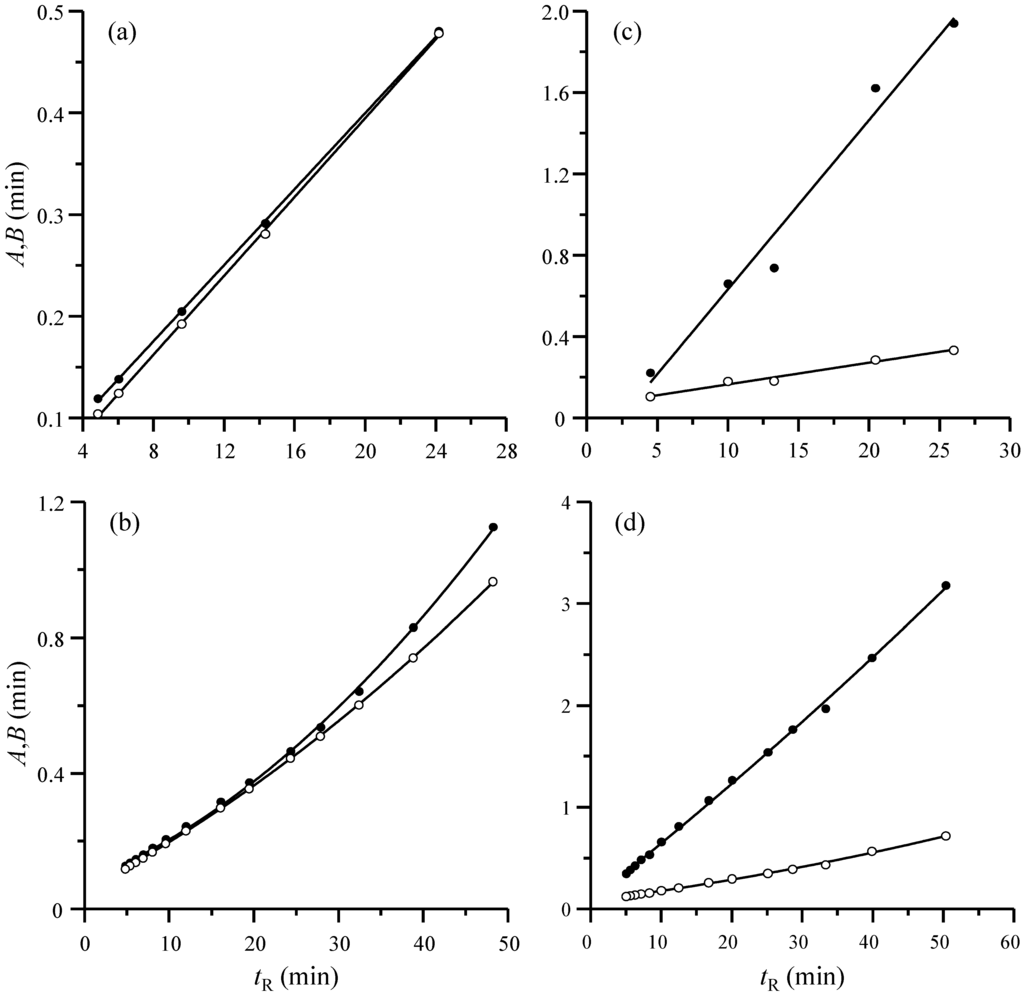