Monitoring Public Perception of Health Risks in Brazil and Italy: Cross-Cultural Research on the Risk Perception of Choking in Children
Next Article in Special Issue

Extensive limb lengthening (ELL) was completed in 75 patients: 66 achondroplasia and 9 hypochondroplasia. The average lengthening was 27 cm for achondroplasia (12–40 cm) and 17 cm for hypochondroplasia (range 10–25 cm). There were 48 females and 27 males. Lengthening was done either by 2-segment (14 patients; both tibias and/or both femurs) or by 4-segment lengthenings (64 patients; both femurs and tibias at the same time). Most patients also had bilateral humeral lengthening. Patients had 2 or 3 lower limb lengthenings and one humeral lengthening. Lengthenings were either juvenile-onset (31), adolescent-onset (38) or adult-onset (6). The average age at final follow-up was 26 years old (range 17–43 years). There were few permanent sequelae of complications. The most serious was one paraparesis. All patients returned to activities of normal living and only one was made worse by the surgery (paraparesis). This is the first study to show that ELL can lead to an increase of height into the normal height range. Previous studies showed mean increases of height of up to 20 cm, while this study consistently showed an average increase of 30 cm (range 15–40 cm) for juvenile-onset and mean increase of 26 cm (range 15–30 cm) for adolescent-onset. This results in low normal height at skeletal maturity for males and females. The adult-onset had a mean increase of 16.8 (range 12–22 cm). This long-term follow-up study shows that ELL can be done safely even with large lengthenings and that 4-segment lengthening may offer advantages over 2-segment lengthening. While all but the more recent cases were performed using external fixation, implantable limb lengthening promises to be an excellent alternative and perhaps an improvement.
Keywords: achondroplasia; hypochondroplasia; dwarfism; short-limb; short stature; FGFR3; skeletal dysplasia; genetic condition; extensive limb lengthening achondroplasia; hypochondroplasia; dwarfism; short-limb; short stature; FGFR3; skeletal dysplasia; genetic condition; extensive limb lengthening

Lengthening was performed as either 2-segment, bilateral femoral or bilateral tibial; or 4-segment, simultaneous bilateral femoral and tibial. 2-segment tibial followed by 2-segment femoral lengthening was done in 14 patients. There were 64 patients who had 4-segment lengthenings. Three patients had both 4-segment and 2-segment lengthenings at different times. Of the 4-segment lengthenings, 14 had three 4-segment lengthenings, 38 had two 4-segment lengthenings, and 12 had one 4-segment lengthening (Table 1).
2-segment lengthenings were done either with external fixators (exfix) 9 times, or with implantable lengthening nails (infix) four times. 4-segment lengthenings were done either with external fixators for both femurs and both tibias (all exfix) 107 times, external fixators on both tibias and implantable lengthening nails for both femurs (hybrid exfix-infix) five times, or both femurs and both tibias with implantable lengthening nails (all infix) 16 times. Lengthening of the humerus [10,11] for between 10 and 12 cm was done in all patients with achondroplasia and all but two patients with hypochondroplasia for between 10 and 12 cm (exfix in all but two cases which were done with infix) (Table 2).
The average age at final follow-up was 26 years old (range 17–43 years). This represented a follow-up average of 13 years in the adult-onset group, vs. 10 years in the combined adolescent- and juvenile-onset groups (range 2–33 years) (Table 3).
While there were various complications during lengthening [4,12], for the purpose of this end-result study, we only tabulated the ones that led to permanent sequalae. One female patient, aged 16, developed paraparesis upon waking up from anesthesia at the time of removal of the external fixators after a successful second 2-segment lower-limb lengthening (total length gain was 25 cm). She did not have any neurologic dysfunction during the distraction or consolidation phases. She did have a recognized thoracolumbar kyphosis which her neurosurgeon elected not to treat since she was asymptomatic. The paraparesis was treated by decompression and fusion and did improve, although she was left with some permanent lower-limb weakness. A second patient developed RSD after humeral lengthening. This eventually resolved after decompression of ulnar and radial nerves.
Other long-term findings not directly related to lengthening included one patient who committed suicide several years after finishing lengthening. He had always expressed satisfaction with the lengthening. He apparently struggled with depression while studying in university, unbeknownst to his parents and friends. Three patients had significant hip dysplasia. Two of these were treated by periacetabular osteotomy immediately after completing lengthenings. A third patient went on to develop arthritis of one hip which will likely require a total hip replacement. No other patients developed degenerative joints of hips, knees, or ankles. There was no evidence of radiographic deterioration of the joints after recovering from lengthening. Five patients developed spinal stenosis requiring surgery, either prior to, during treatment, or at a later date remote from the lengthening.
Patients started lengthening between ages 6–11 (juvenile-onset 31), 12–17 years (adolescent-onset 38), or 18 years and older (adult-onset 6) (Table 3 and Table 4).
All patients had completed high school, and many went on to higher education. All patients had returned to normal activities of daily living. Many were also participating in sporting activities. No patient was negatively impacted by the lengthening physically or psychologically, except the one patient who became paraparetic. The parents of the one patient who committed suicide were emphatic that his depression was not related to his previous lengthening surgery, which they felt was a very positive event in his life. Many patients were employed, and some were married and had children. Every patient said they would do this again despite the hardships. This included the patients with adult-onset ELL surgery.

Patient consent was waived due to the fact that this study was a retrospective chart review with minimal risk. 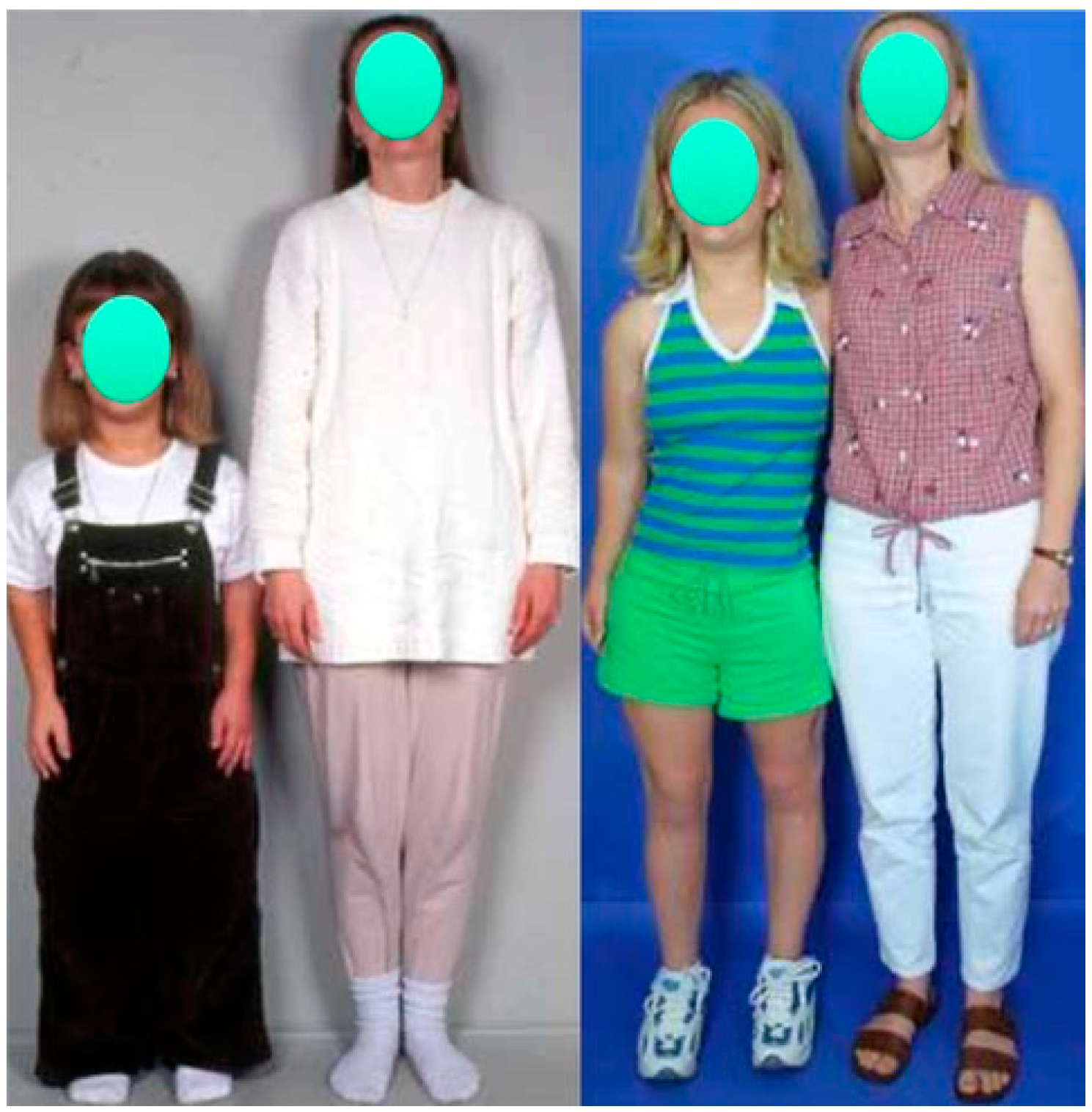 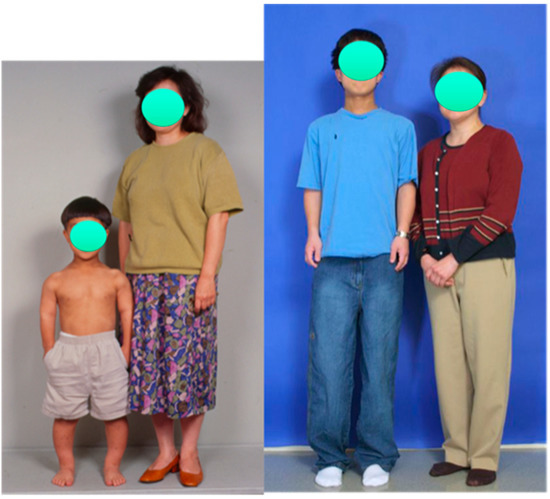 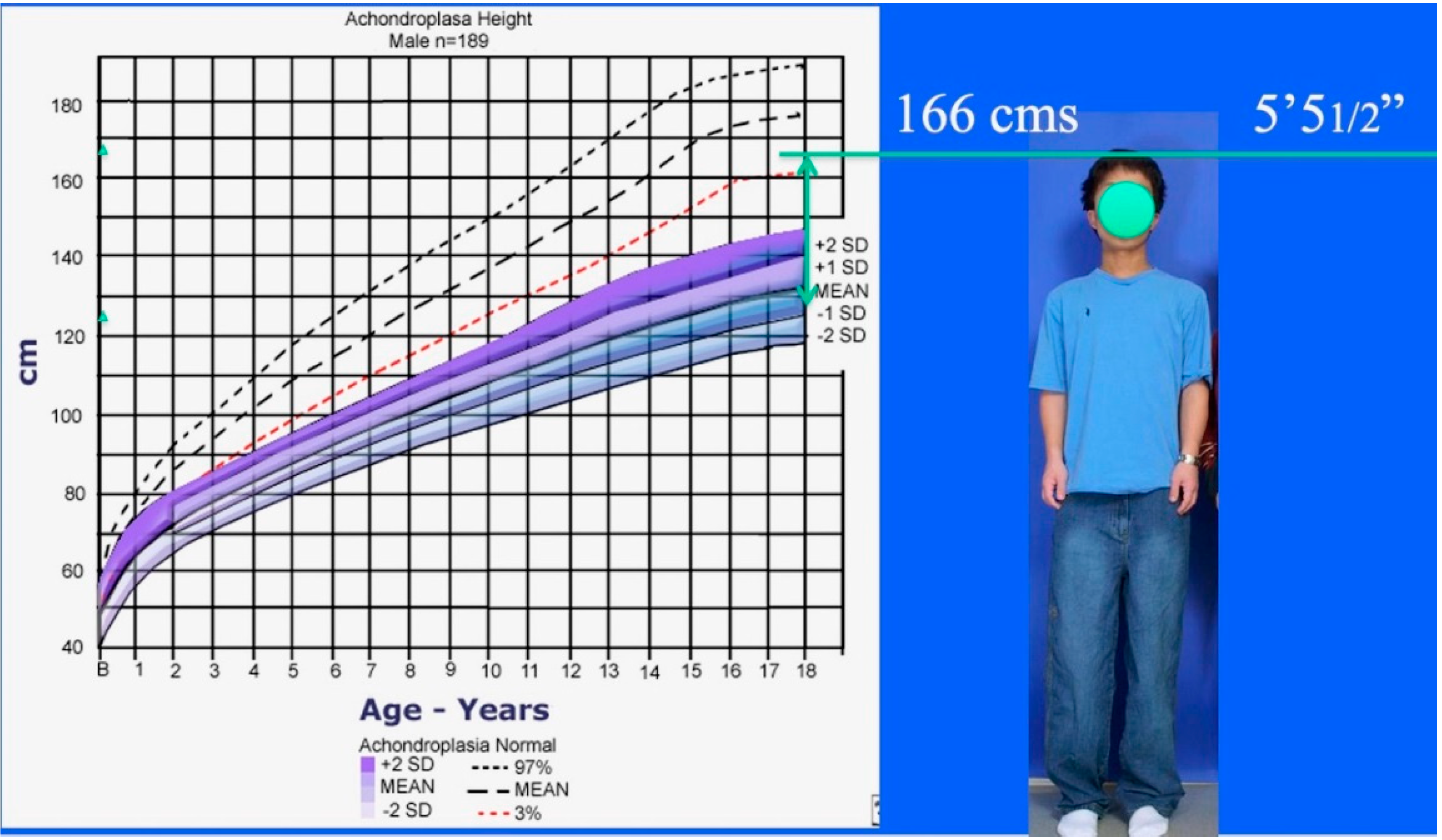 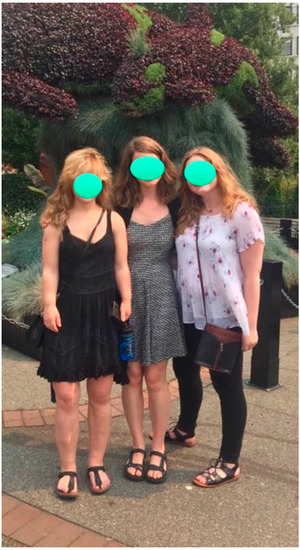 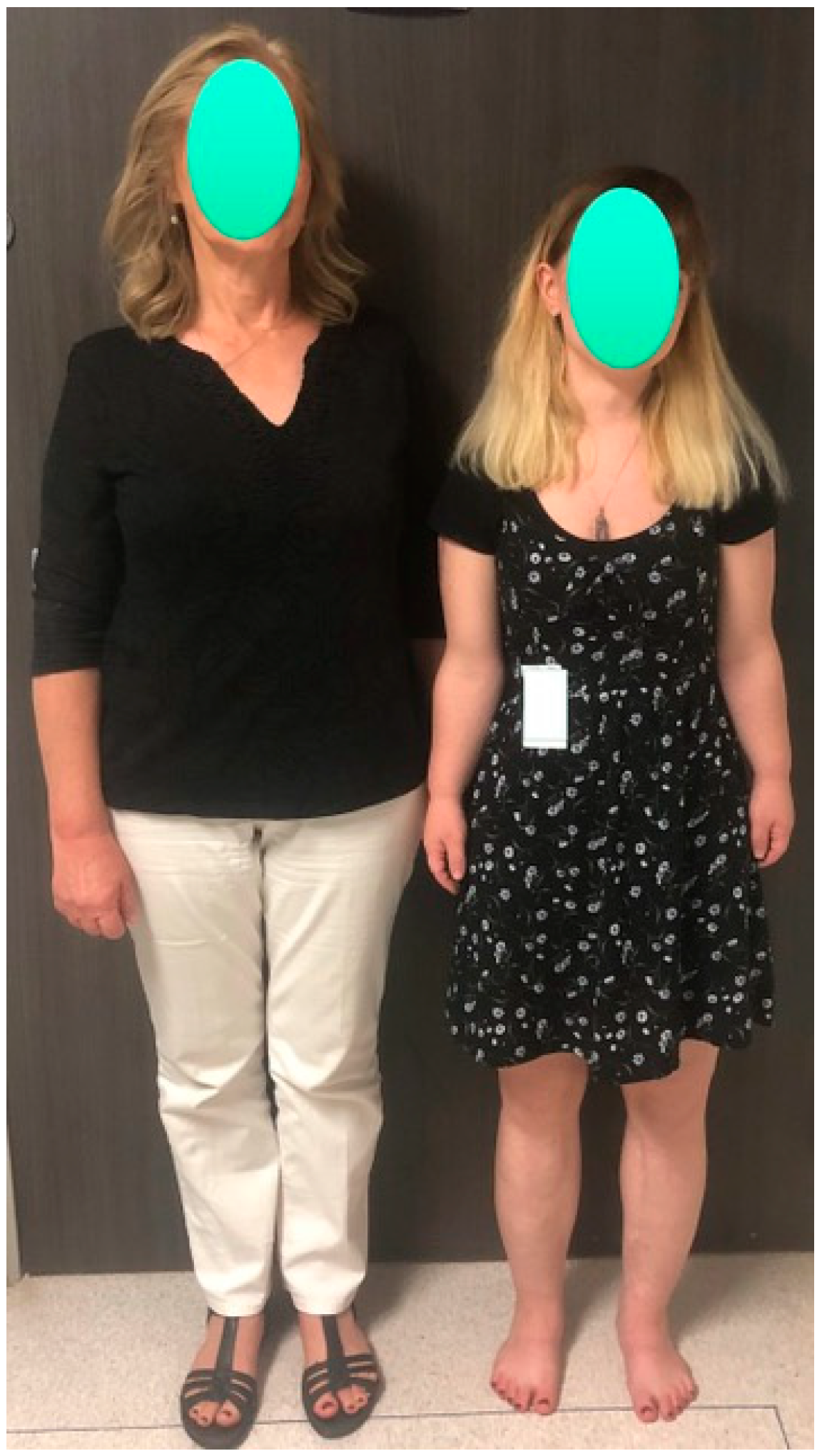 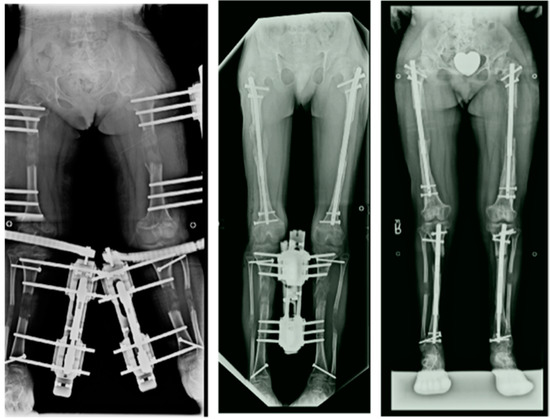 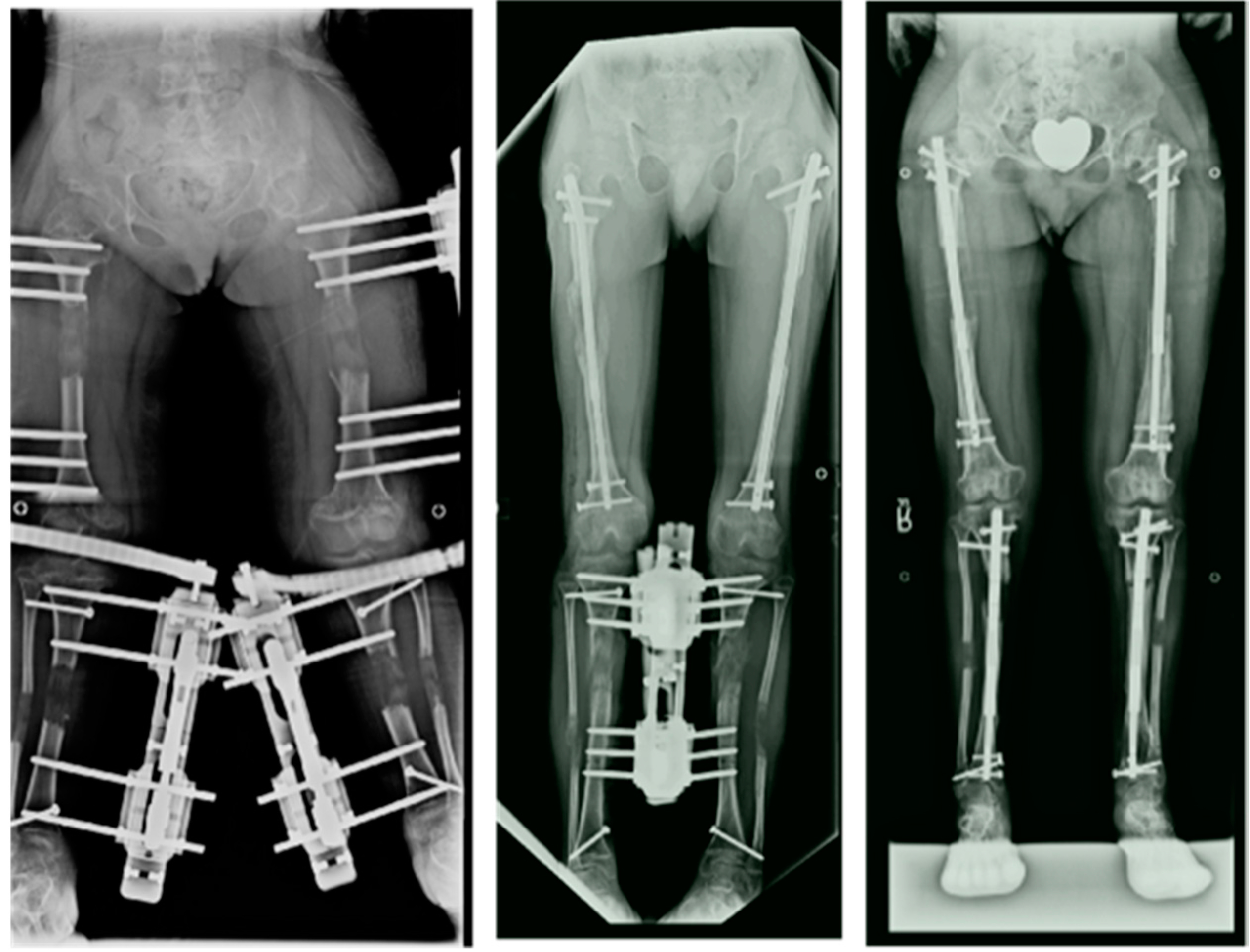