Hemolytic Uremic Syndrome Due to Methylmalonic Acidemia and Homocystinuria in an Infant: A Case Report and Literature Review
Previous Article in Special Issue

Background: Children with autism spectrum disorder (ASD) show certain characteristics in visual attention. These may generate differences with non-autistic children in the integration of relevant social information to set the basis of communication. Reliable and objective measurement of these characteristics in a language learning context could contribute to a more accurate early diagnosis of ASD. Gaze following and pupil dilation are being studied as possible reliable measures of visual attention for the early detection of ASD. The eye-tracking methodology allows objective measurement of these biomarkers. The aim of this study is to determine whether measurements of gaze following and pupillary dilation in a linguistic interaction task are potential objective biomarkers for the early diagnosis of ASD. Method: A group of 20 children between 17 and 24 months of age, made up of 10 neurotypical children (NT) and 10 children with an increased likelihood of developing ASD were paired together according to chronological age. A human face on a monitor pronounced pseudowords associated with pseudo-objects. Gaze following and pupil dilation were registered during the task These measurements were captured using eye-tracking methodology. Results: Significant statistical differences were found in the time of gaze fixation on the human face and on the object, as well as in the number of gazes. Children with an increased possibility of developing ASD showed a slightly higher pupil dilation than NT children. However, this difference was not statistically significant. Nevertheless, their pupil dilation was uniform throughout the different periods of the task while NT participants showed greater dilation on hearing the pseudoword. Conclusions: The fixing and the duration of gaze, objectively measured by a Tobii eye-tracking system, could be considered as potential biomarkers for early detection of ASD. Additionally, pupil dilation measurement could reflect differential activation patterns during word processing in possible ASD toddlers and NT toddlers. View Full-Text
Keywords: language acquisition; autism; eye-tracker; pseudowords; pupillometry; gaze fixation language acquisition; autism; eye-tracker; pseudowords; pupillometry; gaze fixation
►▼ Show Figures 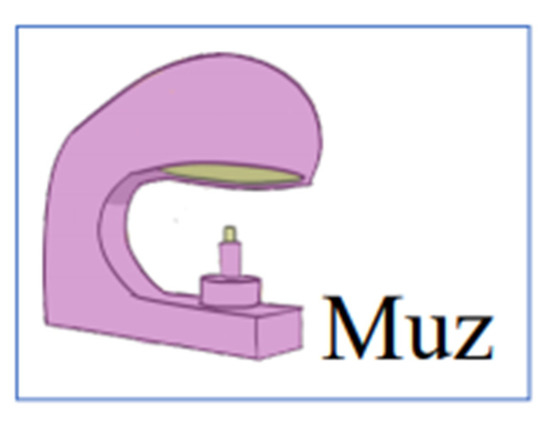