Extracellular Vesicles: A Potential Novel Regulator of Obesity and Its Associated Complications
Previous Article in Journal

Can the Mindful Awareness and Resilience Skills for Adolescents (MARS-A) Program Be Provided Online? Voices from the Youth
Previous Article in Special Issue

The patients in our study sample came from two major academic medical centers where they underwent Roux-en-Y gastric bypass (RYGB) or sleeve gastrectomy (SG) procedures between November 2000 and June 2014. From our sample, all patients who were 30 years or younger that were subsequently placed on topiramate, phentermine, or metformin after surgery were considered for inclusion. All patients had at least 12 months of documented postoperative follow up. Patients were excluded if they did not have sufficient follow up, had additional surgery for complications within 6 months of their initial surgery, or if they required a revision surgery. Two research groups obtained the clinical data from the medical record and the project was approved by the institutional review boards at both academic centers.

In this study, 54.1%, 34.3%, and 22.9% of patients achieved ≥5%, ≥10%, and ≥15% additional weight loss, respectively, which was very similar to results found by Stanford and colleagues’ study on medication use for additional weight loss after RYGB and SG, which demonstrated that 56%, 30%, and 16% of the patients it included achieved ≥5%, ≥10%, and ≥15% additional weight loss, respectively [17]. In the prior study, patients were between the ages of 21 and 73 years old [17]. We saw similar results in our younger study population, which is important because age is a predictor of weight regain after surgery [20]. Even modest weight reductions can lower risk of, or improve, cardiovascular disease, liver disease, and diabetes. Our confirmation that medication therapy can help confer additional weight loss after bariatric surgery in this population supports the use of pharmacotherapy in young adults. The use of weight loss medications has been shown to help patients across a broad range of ages lose additional weight after bariatric procedures [9,10,13,14,15,16,17]. Our study confirmed this for patients between the ages of 21 and 30 who had RYGB and SG. The median weight loss achieved with medications was −5.1% (−5.8 kg).
A recent 2018 study by Nor Hanipah and colleagues found a significant positive correlation between BMI at medication start and weight loss [14]. We found a non-significant slightly positive correlation between percent weight loss and BMI at the start of medications (r = 0.2482, p = 0.1386). This lack of correlation may be due to our small sample size. We also did not find a statistically significant difference in percentage of weight lost when medications were prescribed at weight plateau versus once weight regain had occurred, which agrees with previous findings on weight loss medication use post-surgery [9,10,13,14,15,16,17]. We chose to set a cut off to define patients either as part of a weight plateau group versus a weight regain group. A recent follow-up study by Ryder and colleagues explored factors associated with long-term weight-loss maintenance following bariatric surgery in adolescents at 5 years following surgery [21]. Ryder and colleagues used a cut off of 20% at 5 years to group patients that had maintained postsurgical weight loss or regained weight [21]. We grouped patients similarly but chose to use a smaller cutoff of 3% for this application to explore whether there was a difference in percent weight loss achieved on medications in patients able to stay closer to their nadir weight compared to those who started to regain more than 3% of their nadir weight. We did not find a significant difference in percent weight loss between these two groups but found a difference that seemed to approach significance in percent of total body weight lost from pre-surgical weight by patients who started medications at their post-operation nadir (−41.2%) compared to patients who started medications after weight regain (−27.1%) (p = 0.0766). Further research needs to be performed into the timing of weight loss medication, but our results may support prescribing medication at the nadir weight post-surgery as the best strategy to help patients achieve the greatest possible total weight loss [17].
Between the two surgery types studied, we found a difference in percent weight loss achieved on medications that approached statistical significance. RYGB participants lost a median of 8.1% of their weight on medications while SG participants lost a median of 3.3% of their weight on medications (p = 0.0515). This finding agrees with recent findings by Nor Hanipah and colleagues that found response to weight loss medications to be significantly better in RYGB and gastric banding patients compared to SG patients [14]. It has also been previously observed that RYGB patients have a higher likelihood of weight loss compared to patients who undergo SG [17,22]. Differences in the two surgeries and the physiologic changes that occur in the two may explain varying responses to different weight loss medications [23].
In the previous study using the same data set by Stanford and colleagues that evaluated patients aged 21 to 73 years old, a statistically significant increase in likelihood of additional weight loss after bariatric surgery with topiramate was observed [17]. In this study of the same data, which focused solely on 21 to 30 year olds, we did not observe a statistically significant difference in percent weight loss on topiramate or phentermine from the rest of the cohort, but we did find that patients using metformin had a statistically lower percentage of weight loss on medications compared to the rest of the cohort. Metformin is a well-tested, safe drug for use in diabetes treatment and for the prevention of diabetes in cases of pre-diabetes [24]. Metformin has shown success in trials for weight loss in patients without diabetes [25] and may decrease appetite and oppose unfavorable fat storage in peripheral tissues [26]. Unfortunately, the data available in this study do not allow for us to evaluate the indication for which metformin was prescribed in each case. A likely explanation for the lower percentage weight loss on metformin is that medical conditions often treated by metformin such as insulin resistance, type 2 diabetes, and metabolic syndrome can make weight loss more difficult. The finding that patients lost a lower percentage of weight on metformin is not an indictment of metformin as a treatment but is an interesting result that needs further research to understand.
There are many limitations to our study due to its retrospective nature. The largest limitation being a smaller sample size due to a smaller available data set for the younger adults between the ages of 21–30. Other limitations include missing patient data, no control group, inability to account for the length of time that patients were on weight loss medications, confounding factors including concurrent treatment with weight promoting medications, two different surgery types, and weight loss medications being evaluated for weight loss potential when they may have been prescribed for other indications. We were also unable to measure the effect of diet and exercise nor account for some medications prescribed more frequently than others. Despite these limitations, our study data came from two large academic study sites performing the two most common weight loss procedures in the United States and included a long duration of follow up, which gave us insight into the long-term successes achievable in young adults using weight loss medication after bariatric surgery.

We found that weight loss medications are beneficial for additional weight loss in patients between the ages of 21 and 30 who have undergone bariatric surgery. These results are of particular importance in the long-term treatment of young adults who undergo weight loss surgery. The ideal time to start weight loss medications appears to be at the postsurgical nadir weight. Patients who had RYGB lost a larger percent of weight with medications than SG patients, however, members of both RYGB and SG groups had benefits from the use of medication after bariatric surgery. Further research is needed to explore why patients on metformin lost a lower percentage of weight than other participants, but it is possible that this observed result may be due to underlying medical conditions that make weight loss more difficult. 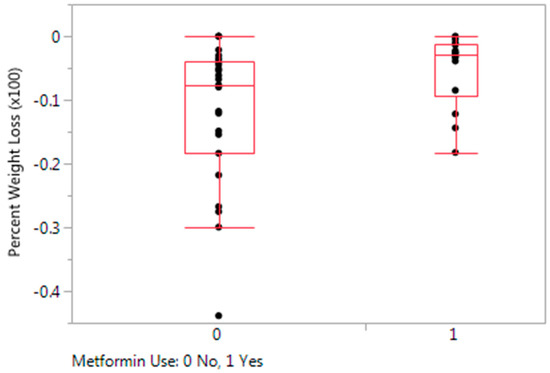 Table 3. Median Weight Change after Treatment by Subgroup.
Table 3. Median Weight Change after Treatment by Subgroup.
~ Plateau defined as weight that is within 3% above or below nadir weight postoperatively before medication. If above 3%, patient defined as starting medication at weight regain; ^ Calculated this number as ((weight at nadir post-medications) − (weight at start of medication))/(weight at start of medication); a Mann-Whitney-Wilcoxon test of percent weight change on medication.
© 2018 by the authors. Licensee MDPI, Basel, Switzerland. This article is an open access article distributed under the terms and conditions of the Creative Commons Attribution (CC BY) license (http://creativecommons.org/licenses/by/4.0/).
We use cookies on our website to ensure you get the best experience. Read more about our cookies here.
Accept
We have just recently launched a new version of our website. Help us to further improve by taking part in this short 5 minute survey here. here.
Never show this again