The application of palliative and hospice care to newborns in the neonatal intensive care unit (NICU) has been evident for over 30 years. This article addresses the history, current considerations, and anticipated future needs for palliative and hospice care in the NICU, and is based on recent literature review. Neonatologists have long managed the entirety of many newborns’ short lives, given the relatively high mortality rates associated with prematurity and birth defects, but their ability or willingness to comprehensively address of the continuum of interdisciplinary palliative, end of life, and bereavement care has varied widely. While neonatology service capacity has grown worldwide during this time, so has attention to pediatric palliative care generally, and neonatal-perinatal palliative care specifically. Improvements have occurred in family-centered care, communication, pain assessment and management, and bereavement. There remains a need to integrate palliative care with intensive care rather than await its application solely at the terminal phase of a young infant’s life—when s/he is imminently dying. Future considerations for applying neonatal palliative care include its integration into fetal diagnostic management, the developing era of genomic medicine, and expanding research into palliative care models and practices in the NICU. View Full-Text
Keywords: neonatal; palliative care; comfort care; pain neonatal; palliative care; comfort care; pain
►▼ Show Figures 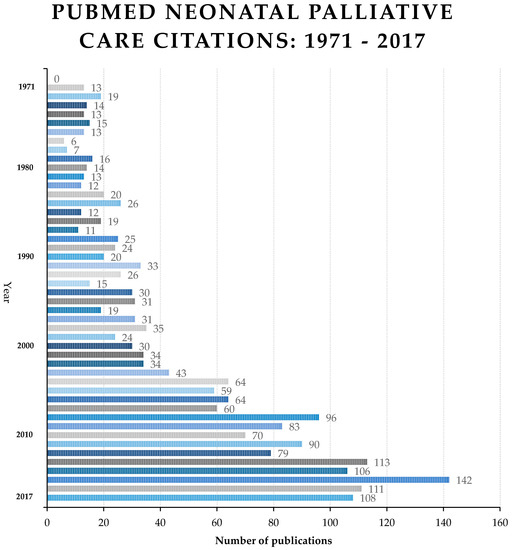