The Top 100 Most Cited Articles Published in Dentistry: 2020 Update

This bibliometric review is aimed to analyze the top 100 most-cited publications in dentistry and to compare its outcomes. A literature search was performed using Elsevier’s Scopus, without any restriction of language, publication year, or study design. Of 336,381 articles, the top 100 were included based on their citation count, which ranged from 638 to 4728 citations (Feijoo et al., 326 to 2050). The most productive decade was the 2000s, with 40 articles on the list (Feijoo et al., 1980s: 26). Marx RE (7%) was the major contributor in this study (Feijoo et al., Socransky SS: 9%), and almost half (48%) of articles were from the USA. Of the top 100 articles, 26% focused on periodontology (Feijoo et al., periodontology: 43%), while 17% of the total were published in the Journal of Dental Research (Feijoo et al., Journal of Clinical Periodontology: 20%). Most of the publications were narrative reviews/expert opinion (36%), (Feijoo et al., case series: 22%), and were within the evidence level V (64%) (Feijoo et al., 54%). The citation count that a paper secures is not necessarily a reflection of research’s quality, however, the current analysis provides the latest citation trends in dentistry.
Keywords: bibliometric analysis; citation analysis; dentistry; most cited bibliometric analysis; citation analysis; dentistry; most cited

As a science, dentistry has reached a high maturity level in recent decades [1]. In academia, journals play a crucial role by disseminating technical and scholarly work, peer-review and evaluating research, archiving such research, and providing a foundation for scholarly credits [2]. In 2004, Olk and Griffith stated that journals serve as the primary source of knowledge in a particular specialty. They argued that the boundaries of a given discipline are pushed by scholars, however, journals are essential to advance the main body of knowledge [3]. The American Journal of Dental Science, the world’s first dental journal, began its publication in 1839 [4]. Since then, journals in dentistry have been performing as a mode of communication and source of knowledge within the dental community and other related fields. Hence, valid and reliable tools are necessary to analyze and document several changes that may occur in the lifetime of a single academic journal or group of journals [2].
Citations are potential indicators of a publication’s impact in this expanding scientific literary environment [5]. A citation is an alphanumeric expression that acknowledges a particular subject’s contribution to others’ research [6,7]. Citation analysis is a bibliometric method to identify articles with the greatest impact on research and the clinical community in a given discipline [8], providing the foundation for developing new research lines, techniques, and theories. This method has been adopted in different dentistry subfields including endodontics, orthodontics, periodontology, implant dentistry, prosthodontics, oral and maxillofacial surgery, dental traumatology, dental caries, oral squamous cell carcinoma, oral submucous fibrosis, oral leukoplakia, cleft lip and palate, and medication-related osteonecrosis of the jaw (MRONJ) [9,10,11,12,13,14,15,16,17,18,19,20,21,22]. The definition of “classic article” has been a controversial topic across disciplines, and the most commonly suggested criterion has been the securing of a certain citation count, for instance, at least 400 citations [8,23,24]. However, a publication having accomplished 100 or more citations can also be termed as a “classic publication,” depending upon the field under consideration, such as dentistry [25].
This bibliometric review aimed to identify and analyze the scientific activity of dental sciences up to 2020. The Elsevier’s Scopus database was utilized to accomplish three specific objectives: (a) characterize the dental research in association with output, impact, geographic origin, authorship, topic, methodology design, and evidence level; (b) thematically categorizing research in dental areas, analyzing their interactions and evaluating their up-to-date trends; (c) assess any changes in citation trends of dentistry articles when compared with a similar, but much earlier study, published by Feijoo et al. [9] in 2014.

2.7. Methodological Design of the Publication

2.10. Comparison with the Bibliometric Analysis by Feijoo et al.

A total of 91 journals included in the category “Dentistry, Oral Surgery, and Medicine” in the database of the 2019 edition of the Journal Citation Report: Science Edition, a section of the Clarivate Analytics (https://www.jcr.clarivate.com) (accessed on 1 January 2021) were selected. An electronic literature search on Scopus (https://www.scopus.com) (accessed on 1 January 2021) database was performed on 1 January 2021. The journals American Journal of Orthodontics, now called the American Journal of Orthodontics and Dentofacial Orthopedics, the International Journal of Oral Surgery, now called as the International Journal of Oral and Maxillofacial Surgery, and Critical Reviews in Oral Biology and Medicine, now affiliated with the Journal of Dental Research, were also reviewed.
As the search strategy for each journal, the journal’s title was written in the source title’ section without any restriction of language, publication year, and study design of the article. Using the ‘documents’ tool of Scopus, the citation counts of all the articles published in all dentistry journals were identified.

According to the selected database, 336,381 articles were retrieved, out of which, the top 100 most-cited publications were further selected for this bibliometric analysis. The top 100 most-cited articles were selected and ranked based on their citation count. After ranking these articles, their cross-matching was performed with the citation data from Google Scholar to evaluate any fluctuation in citation counts.

The Visualization of Similarities (VOSviewer) software (Centre for Science and Technology Studies, Leiden University, Leiden, The Netherlands) [76] was employed to visually analyze the registers separately, drawing a network of links among prominent authors, contributing countries, publishing journals, and author keywords to identify the strongest link of the net. The reason for selecting this software to draw and represent large networks from bibliometric information among other software, including Pajek or Gephi, is the remarkable display quality, the choice of demonstrating the density of links, and the probability of creating overlay maps adding data batches. Moreover, this software has been employed in several bibliometric analyses [75,77,78,79,80]. The characteristics are relevant for performing our bibliometric analysis.
Descriptive and bivariate analyses were performed using a statistical software package, i.e., IBM SPSS Statistics version 24.0 (IBM, Chicago, IL, USA). To assess the normality of the data, the Shapiro-Wilk test was conducted. Mean (standard deviation) or median (interquartile range) were calculated based on normality and distribution of data. To evaluate the median differences between the independent groups, the Kruskal–Wallis test was performed. Post hoc testing was performed to assess the median differences within each group. Any decrease or increase in the time-dependent trends was analyzed by performing the Mann–Kendall trend test. The Spearman-rank test was performed to assess the correlation between the publication count of the journal and the age of the journal. A value of p < 0.05 was considered statistically significant.

An appropriate selection of search engine and search strategy are extremely important to conduct a thorough bibliometric analysis. In this study, changing the search database resulted in several prominent differences when compared with the outcomes of a similar analysis published by Feijoo et al. [9] in 2014. The current study reported that narrative reviews/expert opinions related to periodontology having evidence level V were the most-cited articles in dentistry.

The authors would like to acknowledge the financial support provided to Faris Asiri by the Deanship of Scientific Research at King Faisal University, under Nasher’s Track 206003.

The authors would like to acknowledge the University of Western Australia and the College of Dentistry, King Faisal University for their ongoing support. 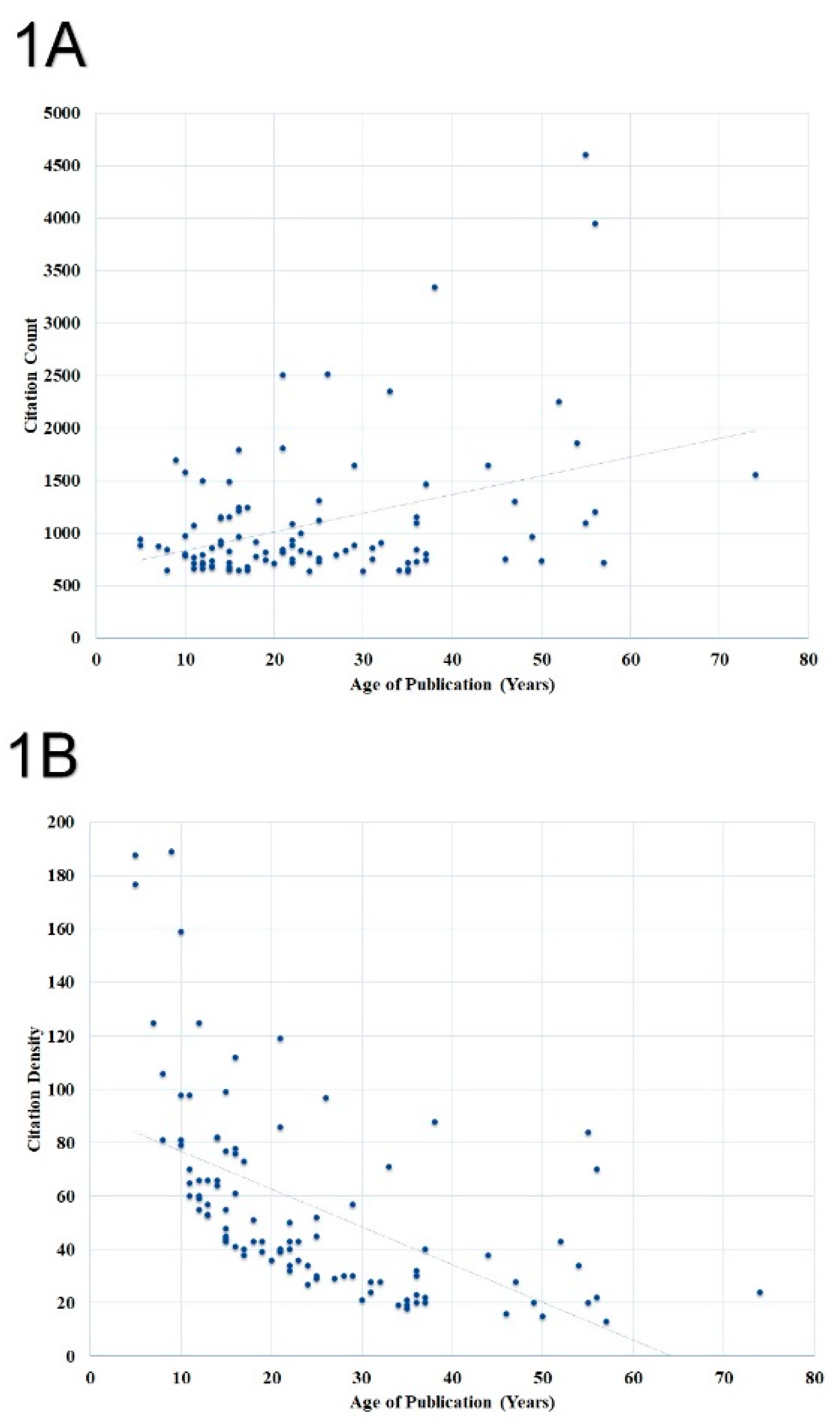 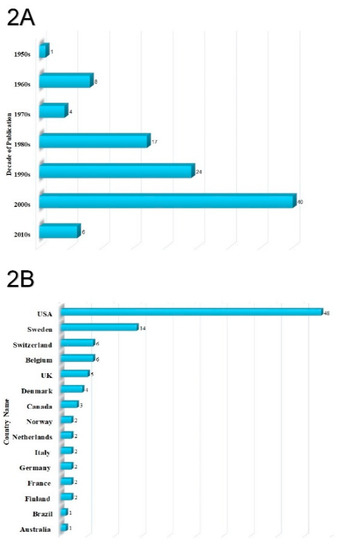 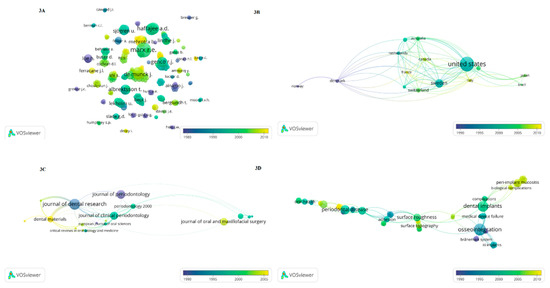 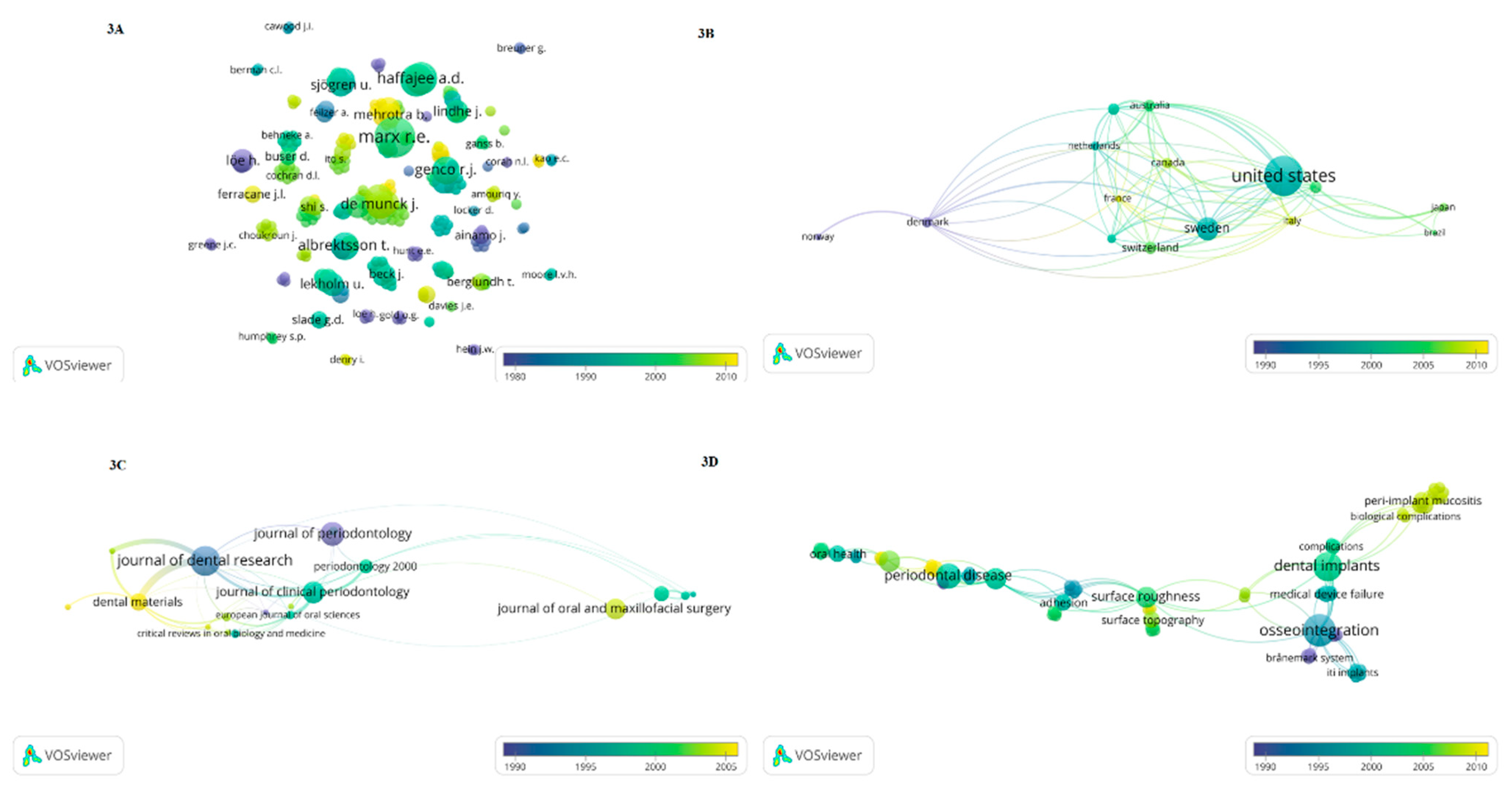