Understanding the transmission and control of visceral leishmaniasis, a neglected tropical disease that manifests in human and animals, still remains a challenging problem globally. To study the nature of disease spread, we have developed a compartment-based mathematical model of zoonotic visceral leishmaniasis transmission among three different populations—human, animal and sandfly; dividing the human class into asymptomatic, symptomatic, post-kala-azar dermal leishmaniasis and transiently infected. We analyzed this large model for positivity, boundedness and stability around steady states in different diseased and disease-free scenarios and derived the analytical expression for basic reproduction number (R0). Sensitive parameters for each infected population were identified and varied to observe their effects on the steady state. Epidemic threshold R0 was calculated for every parameter variation. Animal population was identified to play a protective role in absorbing infection, thereby controlling the disease spread in human. To test the predictive ability of the model, seasonal fluctuation was incorporated in the birth rate of the sandflies to compare the model predictions with real data. Control scenarios on this real population data were created to predict the degree of control that can be exerted on the sensitive parameters so as to effectively reduce the infected populations. View Full-Text
Keywords: visceral leishmaniasis; disease transmission; positivity and boundedness; stability; epidemic thresholds; control visceral leishmaniasis; disease transmission; positivity and boundedness; stability; epidemic thresholds; control
►▼ Show Figures 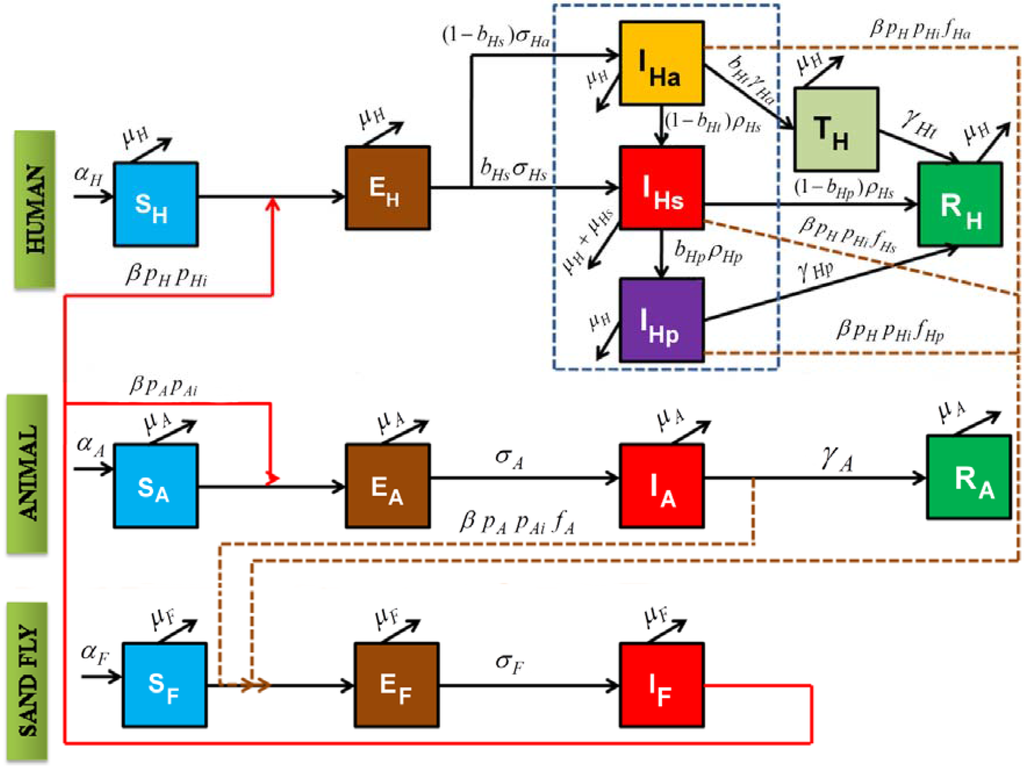