Three years ago, the Polish Geopolitical Society began an initiative focused on students, PHD candidates and interested academic societies, who wished to co-operate in popularizing the subject area of geopolitics. This initiative sought to serve as a forum for such groups and individuals to compete with other interested colleagues and groups from around the world. During the process, students strive to prove their level of professional knowledge, while their teachers assist them in preparing for their best presentations. All participants then meet during the final stages of the competition in order to exchange their experiences. This, in turn, benefits the development of general approaches and methods of study regarding the discipline of geopolitics. The question addressed in this paper then, is how such international competitions can improve the overall skills and knowledge of the subject area at hand among those participating. The importance of this question is underscored by various initiatives undertaken that attempt to measure the quality of higher education. The research presented in this article, then, is based upon interviews with both participants and organizing committee members, which attempt to gauge the experiences and results achieved during such competitions. The results show both the positive and negative aspects of organizing such gatherings. Most certainly, one could draw the conclusion that such events are the most attractive to the most ambitious of students and teachers, who consider education a privilege and as a process, which continues throughout one’s lifetime. Adversely, for those who place education in the same category as a material good, to be bought and sold, such competitions have little appeal especially when focused upon a narrow field of study.
Keywords: education quality; international cooperation; competition; geopolitics; teaching methods; educational initiative; educational events education quality; international cooperation; competition; geopolitics; teaching methods; educational initiative; educational events

An author would like to thank Polish Geopolitical Society for support and providing interviews opportunities. 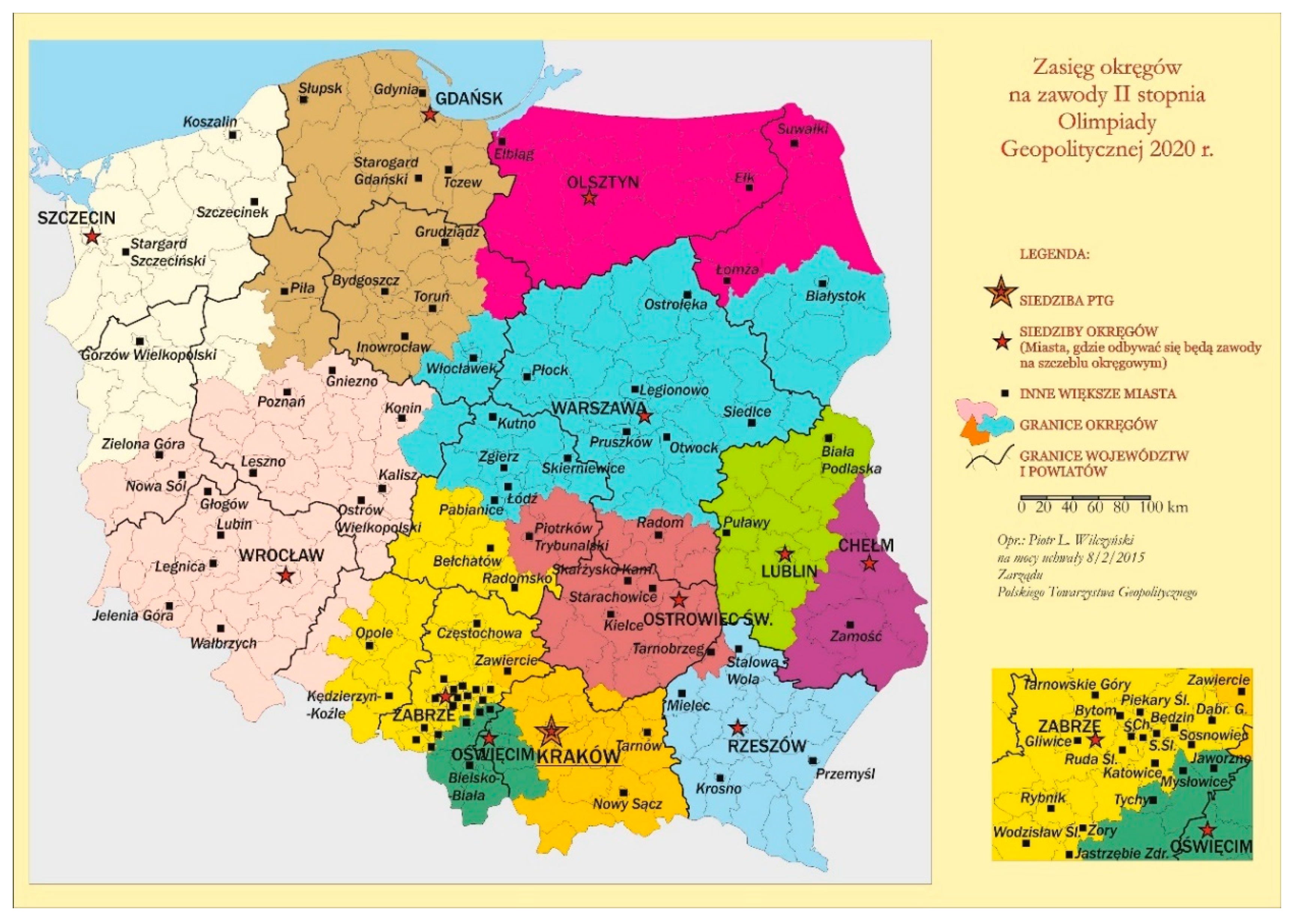