Nanosatellites are increasingly being used in space-related applications to demonstrate and test scientific capability and engineering ingenuity of space-borne instruments and for educational purposes due to their favourable low manufacturing costs, cheaper launch costs, and short development time. The use of CubeSat to demonstrate earth imaging capability has also grown in the last two decades. In 2017, a South African company known as Space Commercial Services launched a low-orbit nanosatellite named nSight-1. The demonstration nanosatellite has three payloads that include a modular designed SCS Gecko imaging payload, FIPEX atmospheric science instrument developed by the University of Dresden and a Radiation mitigation VHDL coding experiment supplied by Nelson Mandela University. The Gecko imager has a swath width of 64 km and captures 30 m spatial resolution images using the red, green, and blue (RGB) spectral bands. The objective of this study was to assess the interpretability of nSight-1 in the spatial dimension using Landsat 8 as a reference and to recommend potential earth observation applications for the mission. A blind image spatial quality evaluator known as Blind/Referenceless Image Spatial Quality Evaluator (BRISQUE) was used to compute the image quality for nSight-1 and Landsat 8 imagery in the spatial domain and the National Imagery Interpretability Rating Scale (NIIRS) method to quantify the interpretability of the images. A visual interpretation was used to propose some potential applications for the nSight1 images. The results indicate that Landsat 8 OLI images had significantly higher image quality scores and NIIRS results compared to nSight-1. Landsat 8 has a mean of 19.299 for the image quality score while nSight-1 achieved a mean of 25.873. Landsat 8 had NIIRS mean of 2.345 while nSight-1 had a mean of 1.622. The superior image quality and image interpretability of Landsat could be attributed for the mature optical design on the Landsat 8 satellite that is aimed for operational purposes. Landsat 8 has a GDS of 30-m compared to 32-m on nSight-1. The image degradation resulting from the lossy compression implemented on nSight-1 from 12-bit to 8-bit also has a negative impact on image visual quality and interpretability. Whereas it is evident that Landsat 8 has the better visual quality and NIIRS scores, the results also showed that nSight-1 are still very good if one considers that the categorical ratings consider that images to be of good to excellent quality and a NIIRS mean of 1.6 indicates that the images are interpretable. Our interpretation of the imagery shows that the data has considerable potential for use in geo-visualization and cartographic land use and land cover mapping applications. The image analysis also showed the capability of the nSight-1 sensor to capture features related to structural geology, geomorphology and topography quite prominently. View Full-Text
Keywords: nanosatellites; remote sensing; image quality; image interpretability; land use and land cover applications nanosatellites; remote sensing; image quality; image interpretability; land use and land cover applications
►▼ Show Figures 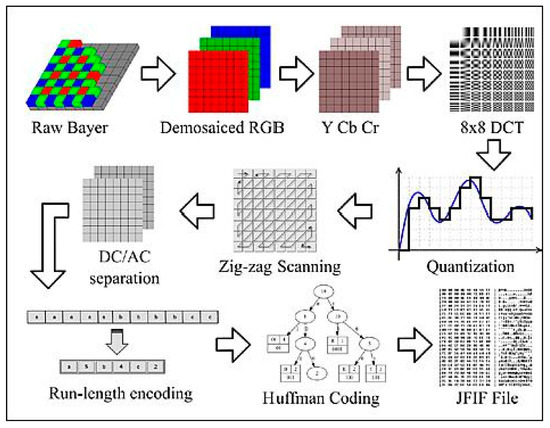