The development of a parametric model for the variable portion of the Cost Per Flying Hour (CPFH) of an ‘unknown’ aircraft platform and its application to diverse types of fixed and rotary wing aircraft development programs (F-35A, Su-57, Dassault Rafale, T-X candidates, AW189, Airbus RACER among others) is presented. The novelty of this paper lies in the utilization of a diverse sample of aircraft types, aiming to obtain a ‘universal’ Cost Estimating Relationship (CER) applicable to a wide range of platforms. Moreover, the model does not produce absolute cost figures but rather analogy ratios versus the F-16’s CPFH, broadening the model’s applicability. The model will enable an analyst to carry out timely and reliable Operational and Support (O&S) cost estimates for a wide range of ‘unknown’ aircraft platforms at their early stages of conceptual design, despite the lack of actual data from the utilization and support life cycle stages. The statistical analysis is based on Ordinary Least Squares (OLS) regression, conducted with R software (v5.3.1, released on 2 July 2018). The model’s output is validated against officially published CPFH data of several existing ‘mature’ aircraft platforms, including one of the most prolific fighter jet types all over the world, the F-16C/D, which is also used as a reference to compare CPFH estimates of various next generation aircraft platforms. Actual CPFH data of the Hellenic Air Force (HAF) have been used to develop the parametric model, the application of which is expected to significantly inform high level decision making regarding aircraft procurement, budgeting and future force structure planning, including decisions related to large scale aircraft modifications and upgrades. View Full-Text
Keywords: Cost Per Flying Hour; parametric model; Life Cycle Cost; F-35A; F-16C/D; operating and support cost Cost Per Flying Hour; parametric model; Life Cycle Cost; F-35A; F-16C/D; operating and support cost
►▼ Show Figures 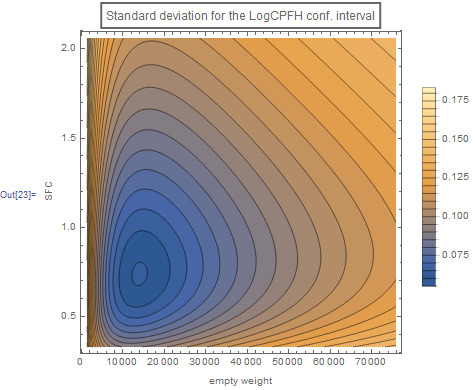 Lappas, I.; Bozoudis, M. The Development of an Ordinary Least Squares Parametric Model to Estimate the Cost Per Flying Hour of ‘Unknown’ Aircraft Types and a Comparative Application †. Aerospace 2018, 5, 104. https://doi.org/10.3390/aerospace5040104


Lappas I, Bozoudis M. The Development of an Ordinary Least Squares Parametric Model to Estimate the Cost Per Flying Hour of ‘Unknown’ Aircraft Types and a Comparative Application †. Aerospace. 2018; 5(4):104. https://doi.org/10.3390/aerospace5040104


Lappas, Ilias, and Michail Bozoudis. 2018. "The Development of an Ordinary Least Squares Parametric Model to Estimate the Cost Per Flying Hour of ‘Unknown’ Aircraft Types and a Comparative Application †" Aerospace 5, no. 4: 104. https://doi.org/10.3390/aerospace5040104