The Flight of Birds and Other Animals

Methods of observing birds in flight now include training them to fly under known conditions in wind tunnels, and fitting free-flying birds with data loggers, that are either retrieved or read remotely via satellite links. The performance that comes to light depends on the known limitations of the materials from which they are made, and the conditions in which the birds live. Bird glide polars can be obtained by training birds to glide in a tilting wind tunnel. Translating these curves to power required from the flight muscles in level flight requires drag coefficients to be measured, which unfortunately does not work with bird bodies, because the flow is always fully detached. The drag of bodies in level flight can be determined by observing wingbeat frequency, and shows CD values around 0.08 in small birds, down to 0.06 in small waders specialised for efficient migration. Lift coefficients are up to 1.6 in gliding, or 1.8 for short, temporary glides. In-flight measurements can be used to calculate power curves for birds in level flight, and this has been applied to migrating geese in detail. These typically achieve lift:drag ratios around 15, including allowances for stops, as against 19 for continuous powered flight. The same calculations, applied to Pacific Black-tailed Godwits which start with fat fractions up to 0.55 at departure, show that such birds not only cross the Pacific to New Zealand, but have enough fuel in hand to reach the South Pole if that were necessary. This performance depends on the “dual fuel” arrangements of these migrants, whereby they use fat as their main fuel, and supplement this by extra fuel from burning the engine (flight muscles), as less power is needed later in the flight. The accuracy of these power curves has never been checked, although provision for stopping the bird, and making these checks at regular intervals during a simulated flight was built into the original design of the Lund wind tunnel. The Flight programme, which does these comparisons, also had provision for including contributions due to extracting energy from the atmosphere (soaring), or intermittent bounding flight in small birds (Passerines). It has been known for some time that the feathered surface allows the bird to delay or reverse detachment of the boundary layer, although exactly how this works remains a mystery, which might have practical applications. The bird wing was in use in past times, when birds were still competing with pterosaurs, although these had less efficient wings. The birds that survived the extinction that killed the pterosaurs and dinosaurs have (today) an automatic spherical navigator, which enables them to cross the Pacific and find New Zealand on the other side. Bats have never had such a device, and pterosaurs probably did not either. Animals, when seen from a zoological point of view, are adapted to whatever problems they had to deal with in earlier times. View Full-Text
Keywords: birds; bats; pterosaurs; aerodynamics; migration; wind tunnel birds; bats; pterosaurs; aerodynamics; migration; wind tunnel
►▼ Show Figures 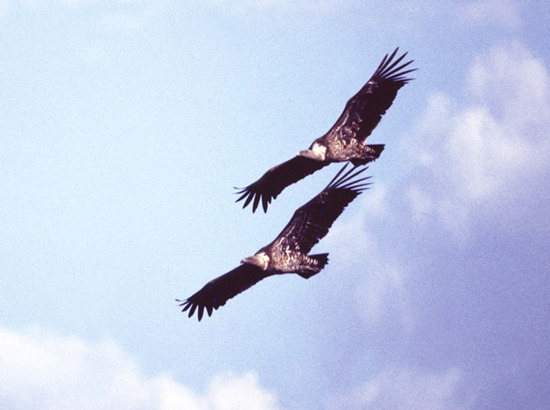