Air temperature, both cold and hot, has impacts on mortality and morbidities, which are exacerbated by poor health service and protection responses, particularly in under-developed countries. This study was designed to analyze the effects of air temperature on the risk of deaths for all and specific causes in two regions of Brazil (Florianopolis and Recife), between 2005 and 2014. The association between temperature and mortality was performed through the fitting of a quasi-Poisson non-linear lag distributed model. The association between air temperature and mortality was identified for both regions. The results showed that temperature exerted influence on both general mortality indicators and specific causes, with hot and cold temperatures bringing different impacts to the studied regions. Cerebrovascular and cardiovascular deaths were more sensitive to cold temperatures for Florianopolis and Recife, respectively. Based on the application of the very-well documented state-of-the-art methodology, it was possible to conclude that there was evidence that extreme air temperature influenced general and specific deaths. These results highlighted the importance of consolidating evidence and research in tropical countries such as Brazil as a way of understanding climate change and its impacts on health indicators. View Full-Text
Keywords: mortality; temperature; mortality risk; health impacts; health indicators mortality; temperature; mortality risk; health impacts; health indicators
►▼ Show Figures 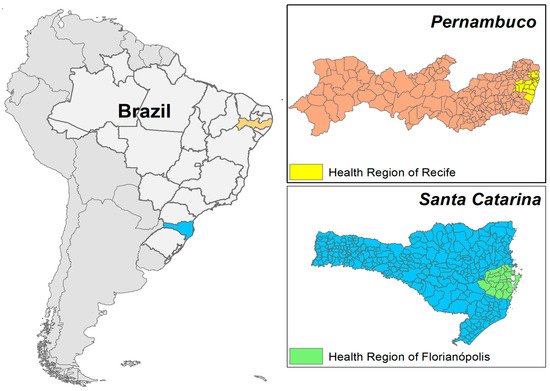 
Péres WE, Ribeiro AFS, Russo A, Nunes B. The Association between Air Temperature and Mortality in Two Brazilian Health Regions. Climate. 2020; 8(1):16.