Assessment of Groundwater Resources in the Context of Climate Change and Population Growth: Case of the Klela Basin in Southern Mali

Groundwater in the Klela basin in Mali, a subbasin of the Bani basin (one of the main tributaries of the Niger River), is required for domestic use, irrigation and livestock. Furthermore, water supply of the city of Sikasso directly depends on the groundwater resources, which are under pressure caused by increased water demand as well as climate variability and climate change. As a consequence, freshwater availability is being threatened which can have a direct negative impact on irrigation agriculture. The aim of this study was to evaluate future behavior of groundwater resources in the context of climate change and population growth using socio-economic and population growth scenarios for water demand and the Representative Concentration Pathways scenarios (RCP4.5 and RCP8.5) data for calculating groundwater recharge using the Thornthwaite model. The WEAP (Water Evaluation and Planning system) model was applied to balance water availability and demand and to compute changes in groundwater storage up to 2050. The overall results show that groundwater recharge as well as storage is decreasing over time, especially in the 2030s which can lead to severe agricultural droughts in this period. Recharge declined by approximatively 49% and stored groundwater by 24% over the study period. View Full-Text
Keywords: groundwater recharge; climate change; population growth; socio-economic development; WEAP model; EARTH model; Thornthwaite model groundwater recharge; climate change; population growth; socio-economic development; WEAP model; EARTH model; Thornthwaite model
►▼ Show Figures 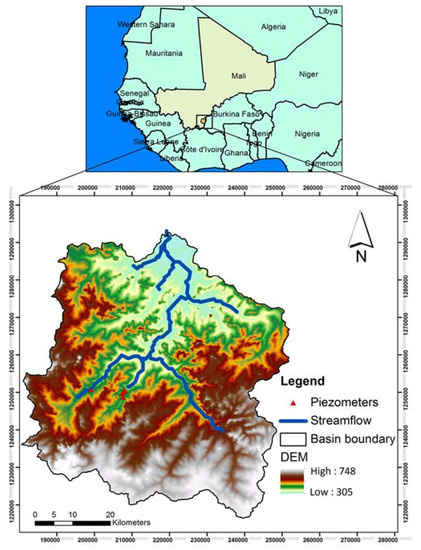 Toure, A.; Diekkrüger, B.; Mariko, A.; Cissé, A.S. Assessment of Groundwater Resources in the Context of Climate Change and Population Growth: Case of the Klela Basin in Southern Mali. Climate 2017, 5, 45.


Toure A, Diekkrüger B, Mariko A, Cissé AS. Assessment of Groundwater Resources in the Context of Climate Change and Population Growth: Case of the Klela Basin in Southern Mali. Climate. 2017; 5(3):45.