Watershed Response to Climate Change and Fire-Burns in the Upper Umatilla River Basin, USA
Next Article in Special Issue

Assessment of Groundwater Resources in the Context of Climate Change and Population Growth: Case of the Klela Basin in Southern Mali
Previous Article in Journal

The Vulnerability of Rice Value Chains in Sub-Saharan Africa: A Review

Climate simulations in West Africa have been attributed with large uncertainties. Global climate projections are not consistent with changes in observations at the regional or local level of the Niger basin, making management of hydrological projects in the basin uncertain. This study evaluates the potential of using the quantile mapping bias correction to improve the Coupled Model Intercomparison Project (CMIP5) outputs for use in hydrological impact studies. Rainfall and temperature projections from 8 CMIP5 Global Climate Models (GCM) were bias corrected using the quantile mapping approach. Impacts of climate change was evaluated with bias corrected rainfall, temperature and potential evapotranspiration (PET). The IHACRES hydrological model was adapted to the Niger basin and used to simulate impacts of climate change on discharge under present and future conditions. Bias correction with quantile mapping significantly improved the accuracy of rainfall and temperature simulations compared to observations. The mean of six efficiency coefficients used for monthly rainfall comparisons of 8 GCMs to the observed ranged from 0.69 to 0.91 and 0.84 to 0.96 before and after bias correction, respectively. The range of the standard deviations of the efficiency coefficients among the 8 GCMs rainfall data were significantly reduced from 0.05–0.14 (before bias correction) to 0.01–0.03 (after bias correction). Increasing annual rainfall, temperature, PET and river discharge were projected for most of the GCMs used in this study under the RCP4.5 and RCP8.5 scenarios. These results will help improving projections and contribute to the development of sustainable climate change adaptation strategies. View Full-Text
Keywords: climate change; evapotranspiration; IHACRES model; rainfall; runoff; quantile mapping climate change; evapotranspiration; IHACRES model; rainfall; runoff; quantile mapping
►▼ Show Figures 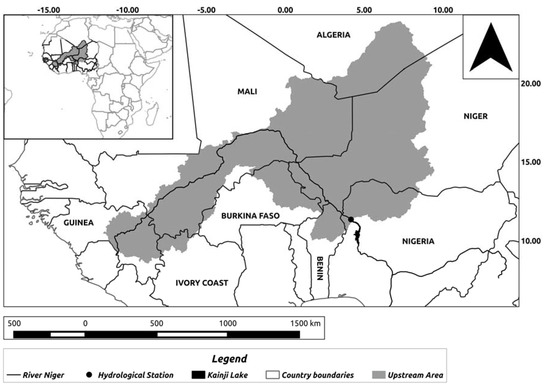