Changes in the Content of Some Groups of Phenolic Compounds and Biological Activity of Extracts of Various Parts of Heather (Calluna vulgaris (L.) Hull) at Different Growth Stages
Next Article in Special Issue

Physiological Behavior of the Aquatic Plant Azolla sp. in Response to Organic and Inorganic Fertilizers
Previous Article in Special Issue

Around the world, there are more than 1500 genebanks storing plant genetic resources to be used in breeding and research. Such resources are essential for future food security, but many genebanks experience backlogs in their conservation work, often combined with limited budgets. Therefore, avoiding duplicate holdings is on the agenda. A process of coordination has started, aiming at sharing the responsibility of maintaining the unique accessions while allowing access according to the international treaty for plant genetic resources. Identifying duplicate holdings based on passport data has been one component of this. In the past, and especially in vegetables, different selections within the same varieties were common and the naming practices of cultivars/selections were flexible. Here, we examined 10 accession pairs/groups of cabbage (Brassica oleracea var. capitata) with similar names maintained in the Russian and Nordic genebanks. The accessions were analyzed for 11 morphological traits and with a SNP (Single Nucleotide Polymorphism) array developed for B. napus. Both proved to be useful tools for understanding the genetic structure among the accessions and for identifying duplicates, and a subset of 500 SNP markers are suggested for future Brassica oleracea genetic characterization. Within five out of 10 pairs/groups, we detected clear genetic differences among the accessions, and three of these were confirmed by significant differences in one or several morphological traits. In one case, a white cabbage and a red cabbage had similar accession names. The study highlights the necessity to be careful when identifying duplicate accessions based solely on the name, especially in older cross-pollinated species such as cabbage. View Full-Text
Keywords: Brassica oleracea; conservation; diversity; genebank; plant genetic resources; SNP Brassica oleracea; conservation; diversity; genebank; plant genetic resources; SNP
►▼ Show Figures 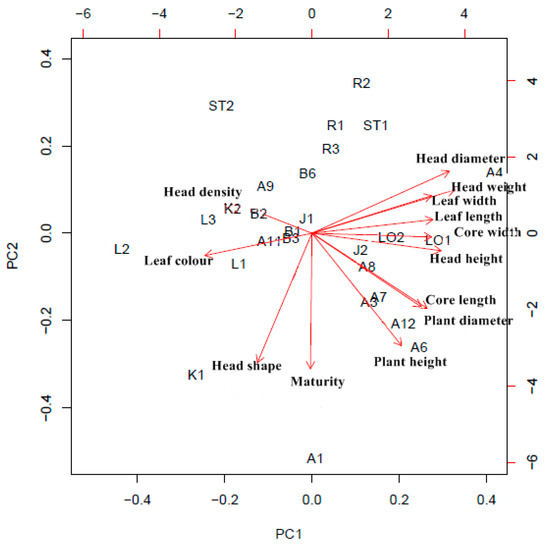