Extra virgin olive oil (EVOO) is a major component of the Mediterranean diet and is appreciated worldwide because of its nutritional benefits in metabolic diseases, including type 2 diabetes (T2D). EVOO contains significant amounts of secondary metabolites, such as phenolic compounds (PCs), that may positively influence the metabolic status. In this study, we investigated for the first time the effects of several PCs on beta-cell function and survival. To this aim, INS-1E cells were exposed to 10 μM of the main EVOO PCs for up to 24 h. Under these conditions, survival, insulin biosynthesis, glucose-stimulated insulin secretion (GSIS), and intracellular signaling activation (protein kinase B (AKT) and cAMP response element-binding protein (CREB)) were evaluated. Hydroxytyrosol, tyrosol, and apigenin augmented beta-cell proliferation and insulin biosynthesis, and apigenin and luteolin enhanced the GSIS. Conversely, vanillic acid and vanillin were pro-apoptotic for beta-cells, even if they increased the GSIS. In addition, oleuropein, p-coumaric, ferulic and sinapic acids significantly worsened the GSIS. Finally, a mixture of hydroxytyrosol, tyrosol, and apigenin promoted the GSIS in human pancreatic islets. Apigenin was the most effective compound and was also able to activate beneficial intracellular signaling. In conclusion, this study shows that hydroxytyrosol, tyrosol, and apigenin foster beta-cells’ health, suggesting that EVOO or supplements enriched with these compounds may improve insulin secretion and promote glycemic control in T2D patients.
Keywords: extra virgin olive oil; phenolic compounds; diabetes; pancreatic beta-cells; insulin; apigenin extra virgin olive oil; phenolic compounds; diabetes; pancreatic beta-cells; insulin; apigenin

Diabetes mellitus describes a group of metabolic disorders characterized by chronically elevated glycemia. It represents one of the fastest-growing health challenges of the 21st century, with the number of adults living with diabetes having more than tripled over the past 20 years [1]. The International Diabetes Federation estimated 451 million (age 18–99 years) people with diabetes worldwide in 2017, with the estimation going up to 693 million for 2045 [1].
In its two main forms, diabetes is caused by immune-mediated beta-cell destruction (type 1 diabetes (T1D)) or by the loss of physiological beta-cell functional mass, often concomitant to reduced insulin sensitivity in peripheral insulin-dependent tissues (type 2 diabetes (T2D)).
The loss of beta-cell functional mass is a necessary and early condition in the development of T2D [2]. Accordingly, beta-cell restoration or regeneration should be strongly considered for the treatment, and possible cure, of T2D. Indeed, a truly efficient anti-diabetes therapeutic strategy capable of preventing the onset and progression of T2D should possess the capacity to stop beta-cell loss and/or promote the restoration of the fully functional beta-cell mass [2].
According to recommendations for the management of hyperglycemia in T2D from the American Diabetes Association and the European Association for the Study of Diabetes [3], lifestyle interventions, including the adoption of a healthy Mediterranean eating pattern, are effective and safe for improving glucose control in T2D and are recommended as first-line therapies from the time of diagnosis and as co-therapy for patients on glucose-lowering medications.
Extra virgin olive oil (EVOO) is a major component of the Mediterranean diet (MedDiet) and is appreciated worldwide because of its nutritional benefits in metabolic diseases, including T2D [4]. In the Prevención con Dieta Mediterránea (PREDIMED) study, a multicenter, randomized, parallel-group primary prevention trial conducted in Spain, participants were randomly assigned to receive MedDiet supplemented with EVOO, MedDiet supplemented with nuts, or a control low-fat diet, without interventions, to increase physical activity or lose weight [5,6]. After a median follow-up of 4.1 years, a statistically significant 40% relative risk reduction of new-onset T2D was observed in the group that received MedDiet supplemented with EVOO, but not in the group that received MedDiet supplemented with nuts, compared to the control diet [6], suggesting an important role of EVOO in diabetes prevention.
Traditionally, the high content of monounsaturated fatty acids (MUFAs), particularly oleic acid (C18:1, 55–83%), was considered to be responsible for the beneficial effects of EVOO [4]. Indeed, recent meta-analyses of randomized controlled trials have reported beneficial effects on metabolic parameters in T2D patients after replacing carbohydrates (~5–10% of total energy intake) with MUFAs [7,8,9]. It has been suggested, however, that most of the metabolic benefits of EVOO could be due to its minor components, particularly phenolic compounds (PCs) [4]. Accordingly, consuming EVOO rich in PCs (25 mL/day, 577 mg of PCs/kg) for a total of 4 weeks improved metabolic control in T2D patients compared to the consumption of refined olive oil with no PCs [10]. The phenolic content of EVOO consists of various phenolic classes, including phenolic acids (e.g., caffeic, vanillic, coumaric, ferulic, and sinapic acids), phenolic alcohols (e.g., tyrosol and hydroxytyrosol), secoiridoids (e.g., oleuropein), lignans (e.g., pinoresinol), and flavones (e.g., luteolin and apigenin) [11].
Although increasing data support the beneficial role of MedDiet and its components, especially PCs of EVOO, in T2D, the exact mechanisms responsible for these effects are not yet fully understood. Accordingly, in this study we investigated, for the first time, simultaneously but individually, the effects of the main EVOO PCs on beta-cell function and survival.

To evaluate the impact of PCs on beta-cell survival, INS-1E cells were treated for 24 h with 10 μM of the most important PCs identified in EVOO. To simplify the presentation of data, each compound was assigned an alphanumeric code (Table 1).
Beta-cell survival was assessed by measuring both mRNA levels of the marker of proliferation Ki67 (Figure 1A) and apoptosis levels (Figure 1B).
Hydroxytyrosol (C1), tyrosol (C2), vanillic acid (C4), and apigenin (C12) significantly increased Ki67 mRNA levels by approximatively 30–70% (Figure 1A; * p < 0.004 vs. DMSO). Surprisingly, caffeic acid (C3), vanillic acid (C4), and vanillin (C5) also increased apoptosis levels (1.5-, 1.4-, and 2-fold, respectively; Figure 1B; * p < 0.004 vs. DMSO).

For evaluation of glucose-stimulated insulin secretion (GSIS), INS-1E cells were treated for 1 h with 10 μM of each PC, cultured with 3 mM (basal) of glucose Krebs–Ringer bicarbonate HEPES buffer (KRBH) for 1 h and then cultured with 25 mM (stimulatory) of glucose KRBH for another hour. Interestingly, vanillic acid (C4), vanillin (C5), luteolin (C9), and apigenin (C12) enhanced the GSIS by ~1.9-, 1.4-, 1.3-, and 1.3-fold, respectively (Figure 3A; * p < 0.004 vs. 3 mM glucose; # p < 0.004 vs. DMSO). In contrast, p-coumaric acid (C6), ferulic acid (C7), sinapic acid (C8), and oleuropein (C11) reduced the ability of beta-cells to secrete insulin in response to stimulatory concentrations of glucose (Figure 3A). In addition, insulin content was measured in the same cells used for the GSIS assay (Figure 3B). Interestingly, unlike prolonged treatment (24 h, Figure 2B), short exposure to PCs (1 h) did not induce any changes in insulin content. Only a slight, not-significant reduction was observed in cells treated with vanillic acid (C4), vanillin (C5), luteolin (C9), and apigenin (C12), probably due to enhanced glucose-stimulated insulin release.
Furthermore, we evaluated the ability of a mixture of three PCs (i.e., 10 μM hydroxytyrosol (C1), 10 μM tyrosol (C2), and 10 μM apigenin (C12)) to promote the GSIS in human pancreatic islets. The components of the mixture were chosen for different reasons: while apigenin was the only PC to enhance all observed biological effects in INS-1E cells without influencing apoptosis, hydroxytyrosol and tyrosol, in addition to inducing beta-cell proliferation and insulin biosynthesis, are the only two PCs in EVOO to have already been included in a health claim by the European Food Safety Authority (EFSA) for their ability to protect blood lipids from oxidative stress [12]. Interestingly, we found that the mixture enhanced the GSIS by ~1.5-fold (Figure 3C; * p < 0.025 vs. 3 mM glucose; # p < 0.025 vs. DMSO).

As mentioned above, apigenin was the only phenolic compound to enhance all observed biological effects without influencing apoptosis (Table 2).
We, therefore, investigated whether apigenin is able to promote the phosphorylation/activation of protein kinase B (AKT) and cAMP response element-binding protein (CREB), which are key in the regulation of beta-cell mass and function [13,14]. Apigenin significantly induced both AKT and CREB phosphorylation, starting from 5 and 15 min of stimulation, respectively (Figure 4; * p < 0.017 vs. no apigenin).

Rat insulin-secreting INS-1E cells (passage 15–30; a kind gift from C. B. Wollheim, University of Geneva, Geneva, Switzerland) were grown in RPMI-1640 medium with 11.1 mM glucose supplemented with 10% fetal bovine serum (FBS), 100 IU/mL of penicillin, 100 μg/mL of streptomycin, and 1% nonessential amino acids (all from Thermo Fischer Scientific, Waltham, MA, USA). Cultures were kept in a monolayer at 37 °C in a humidified incubator gassed with 5% CO2. For experiments, cells were seeded in 6-well dishes up to 80% confluence.

Standards of hydroxytyrosol, tyrosol, caffeic acid, vanillic acid, vanillin, p-coumaric acid, ferulic acid, sinapic acid, luteolin, (+)-pinoresinol, oleuropein, and apigenin were all purchased from Sigma-Aldrich (St. Louis, MO, USA). Stock solutions of PCs were prepared in DMSO and stored at −20 °C. Cells were treated with 10 μM PCs, or a mixture thereof, for various times, as indicated. Under control conditions, cells were treated with DMSO only.

4.4. Immunoblotting and Measurement of Apoptosis

This research was funded by AGER 2 Project (grant no. 2016-0174), COMPETITIVE e Claims of Olive oil to iMProvE The market ValuE of the product, by the European Union (European Social Fund, PON R&I 2014–2020, AIM 1810057), and by the Fondazione per la Ricerca Biomedica Saverio e Isabella Cianciola.

The study was conducted according to the guidelines of the Declaration of Helsinki, and approved by the Ethics Committee of Azienda Ospedaliero Universitaria Consorziale Policlinico (protocol code 5316; date of approval 29 November 2017).

The data presented in this study are available in supplementary material here.

The authors thank Maria Lisa Clodoveo (Interdisciplinary Department of Medicine, University of Bari Aldo Moro, Bari, Italy) for providing insight and expertise that greatly assisted us in the discussion of the results. 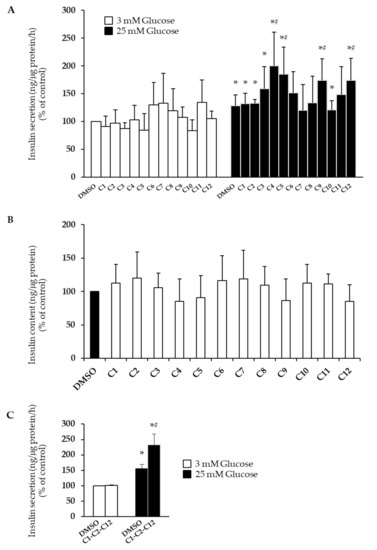 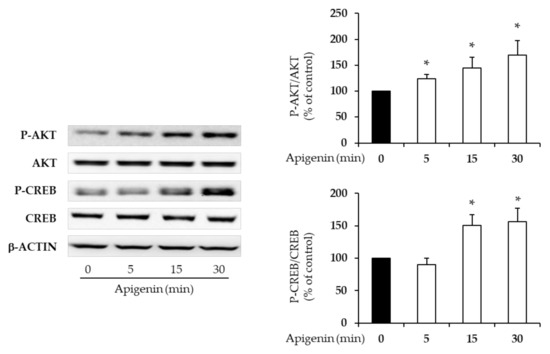 Table 4. Primers used for qRT-PCR analysis.
Table 4. Primers used for qRT-PCR analysis.
© 2021 by the authors. Licensee MDPI, Basel, Switzerland. This article is an open access article distributed under the terms and conditions of the Creative Commons Attribution (CC BY) license (http://creativecommons.org/licenses/by/4.0/).
We use cookies on our website to ensure you get the best experience. Read more about our cookies here.
Accept
We have just recently launched a new version of our website. Help us to further improve by taking part in this short 5 minute survey here. here.
Never show this again