Minecraft as a Tool for Engaging Children in Urban Planning: A Case Study in Tirol Town, Brazil
Previous Article in Journal

A Proposal for Modeling Indoor–Outdoor Spaces through IndoorGML, Open Location Code and OpenStreetMap

:
Traditionally, the standards of spatial modeling are oriented to represent the quantitative information of space. However, in recent years an increasingly common challenge is appearing: flexibly and appropriately integrating quantitative information that goes beyond the purely geometric. This problem has been aggravated due to the success of new paradigms such as the Internet of Things. This adds an additional challenge to the representation of this information due to the need to represent characteristic information of the space from different points of view in a model, such as WiFi coverage, dangerous surroundings, etc. While this problem has already been addressed in indoor spaces with the IndoorGML standard, it remains to be solved in outdoor and indoor–outdoor spaces. We propose to take the advantages proposed in IndoorGML, such as cellular space or multi-layered space model representation, to outdoor spaces in order to create indoor–outdoor models that enable the integration of heterogeneous information that represents different aspects of space. We also propose an approach that gives more flexibility in spatial representation through the integration of standards such as OpenLocationCode for the division of space. Further, we suggest a procedure to enrich the resulting model through the information available in OpenStreetMap.
Keywords:
IndoorGML; open location code; OpenStreetMap; space representation; smart city; smart building

The emergence of paradigms such as the Internet of Things (IoT), smart city, or smart buildings demands more advanced space representation systems than those normally employed due to the large variety of information that is generated. Toward this end, it is necessary to address the limitations of standards that, to date, do not provide enough flexibility in the integration of heterogeneous information, in the division of space, or that simply do not support the combined modeling of indoor and outdoor spaces. Furthermore, these standards tend to focus on geometric aspects, with the low level of semantic expressiveness that generally prevents a comprehensive interpretation of the space or the impossibility of representing the same space from different points of view. Although these problems have been tackled in isolation, it is necessary to find a solution capable of addressing all these challenges as a whole.
The work presented in this paper proposes a comprehensive approach to the aforementioned challenges, based on the application of the IndoorGML standard to outdoor spaces. The multi-layered nature of IndoorGML is used to propose different levels of abstraction, thus incorporating the advantages offered by other standards such as Open Location Code or OpenStreetMap. The Open Location Code standard is used to represent the space to be modeled at the lowest abstraction level. At the same time, the OpenStreetMap system divides the space according to more abstract entities, such as streets, parks, gates, etc., while also incorporating associated semantics. Leveraging the mechanisms offered by IndoorGML, all these layers are related through inter-layer relations, thus connecting the different levels of abstraction and points of view according to the needs. Finally, the proposed approach also supports the integration of IndoorGML models of buildings contained in the region of the modeled space, resulting in a single model with indoor and outdoor information.
Ultimately, it is worth mentioning that, although the examples shown in the validation process were applied to navigability issues, the combined description of indoor and outdoor spaces with information that goes beyond the purely geometric level opens up many possibilities in the field of intelligent cities and buildings. One feasible application could be the categorization of the space by information implied in the explicit definition of the model. That is to say, for example, that knowing that X, Y, and Z are different spaces, and some dangerous events have occurred in X and Y, we could get a discretization of the space with divisions by the level of danger in which X and Y would appear combined as a dangerous space. This information would be extracted without a specific layer about that issue, even at the building level, because of the possibility of working with indoor and outdoor spaces using the proposed approach. These advantages could also be applied to other fields that are not directly related to smart cities and smart buildings where this ability to represent a space from different points of view can open many possibilities. An example of this could be the management of an industrial sea port for the transport of goods where, in addition to having the spatial and geometric description of the exterior and the warehouses, it could also be very interesting to have additional layers of information that allow the same space to be represented but describing the type of merchandise arranged in each place, the state of availability of the space, etc.
Going further, the modeling of the action range of certain devices as is done in IndoorGML and structured according to the proposed model could be used by systems with certain spatio-temporal reasoning capabilities to solve problems in common areas of smart cities and smart buildings. For this reason, as a future work we would like to experiment by enriching models with new layers of higher-level information to solve complex problems that require integrating and reasoning about information of a very varied nature.
However, the approach proposed in this paper has some limitations that should be mentioned. On the one hand, we find the drawback that although IndoorGML is a widely accepted standard by the scientific community for modeling indoor environments, buildings are normally not modeled in this format. Therefore, on many occasions we will have to generate the model ourselves through the different existing alternatives: modeling the building manually using the tools provided by the community or generating that model automatically from the building model if it exists previously. The latter alternative also has limitations, since the tools to automatically generate IndoorGML models from the most common standards such as IFC have significant shortcomings and limitations. On the other hand, on certain occasions we may have the problem that the outdoor region we want to represent is not initially modeled in OpenStreetMap, that it contains errors or that it is simply incomplete. Therefore it would be necessary to model, correct, or complete this region of space ourselves. However, as already mentioned throughout the text, several studies have shown that the quality of the data available in OpenStreetMap is getting better and more abundant. 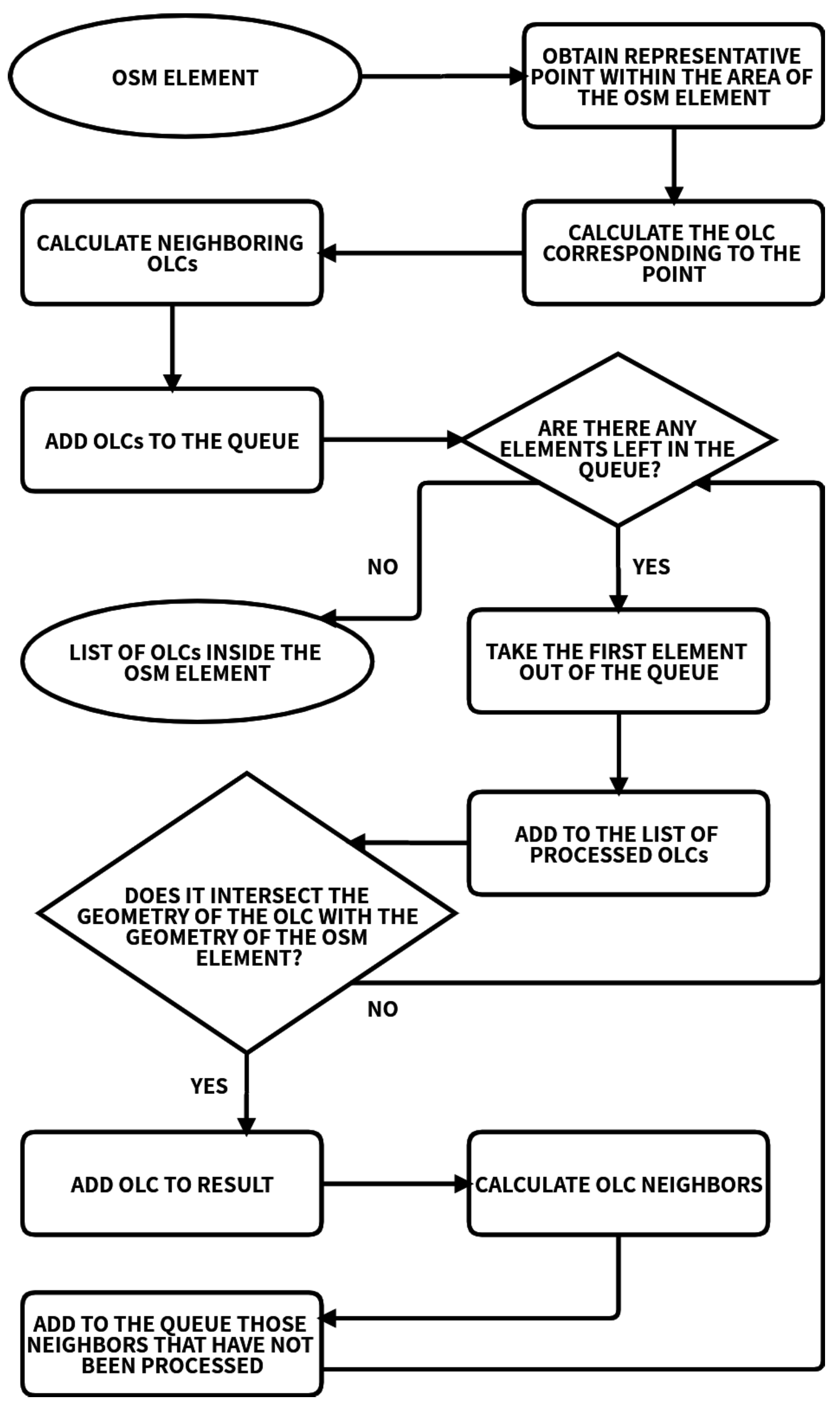 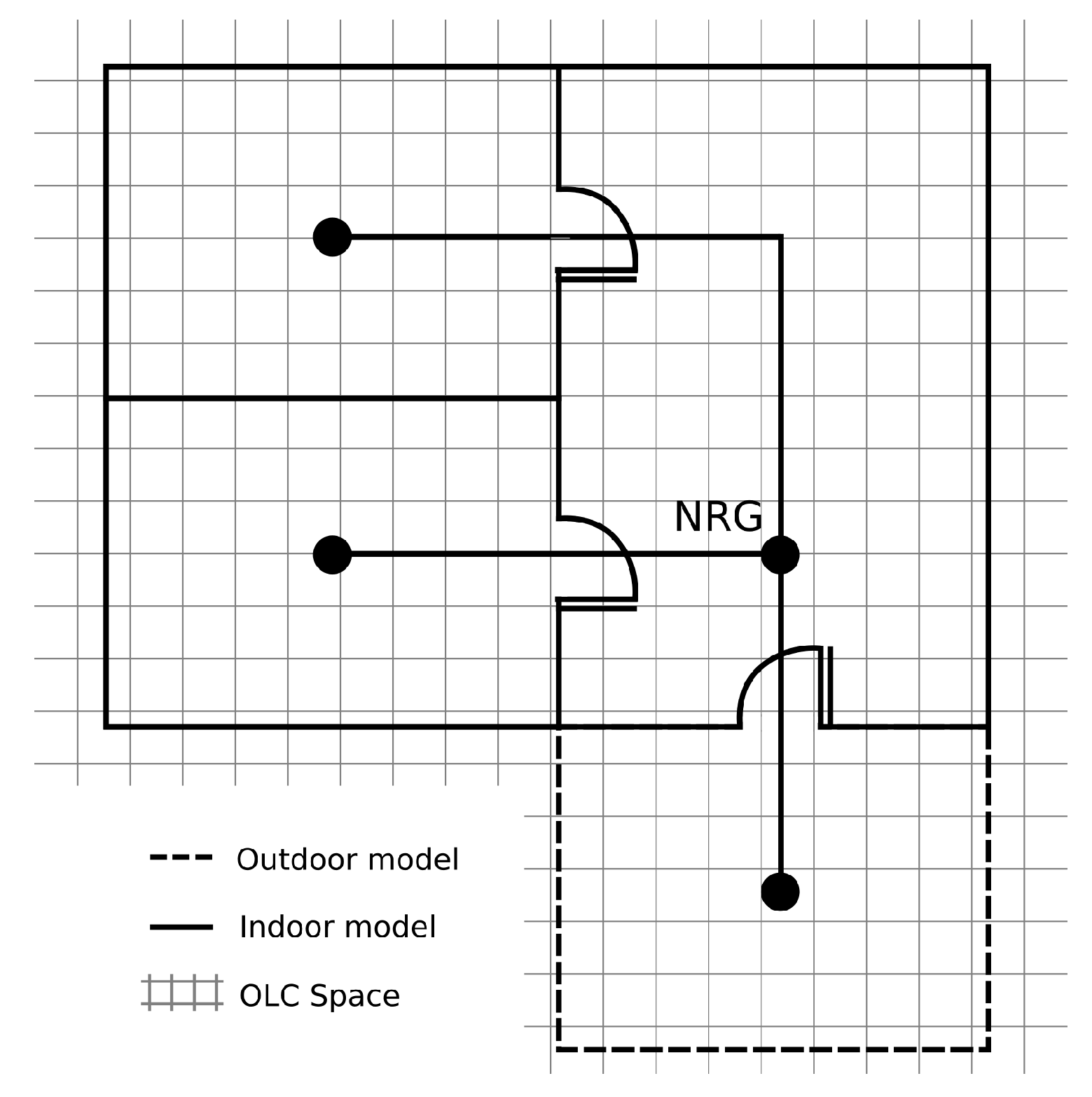 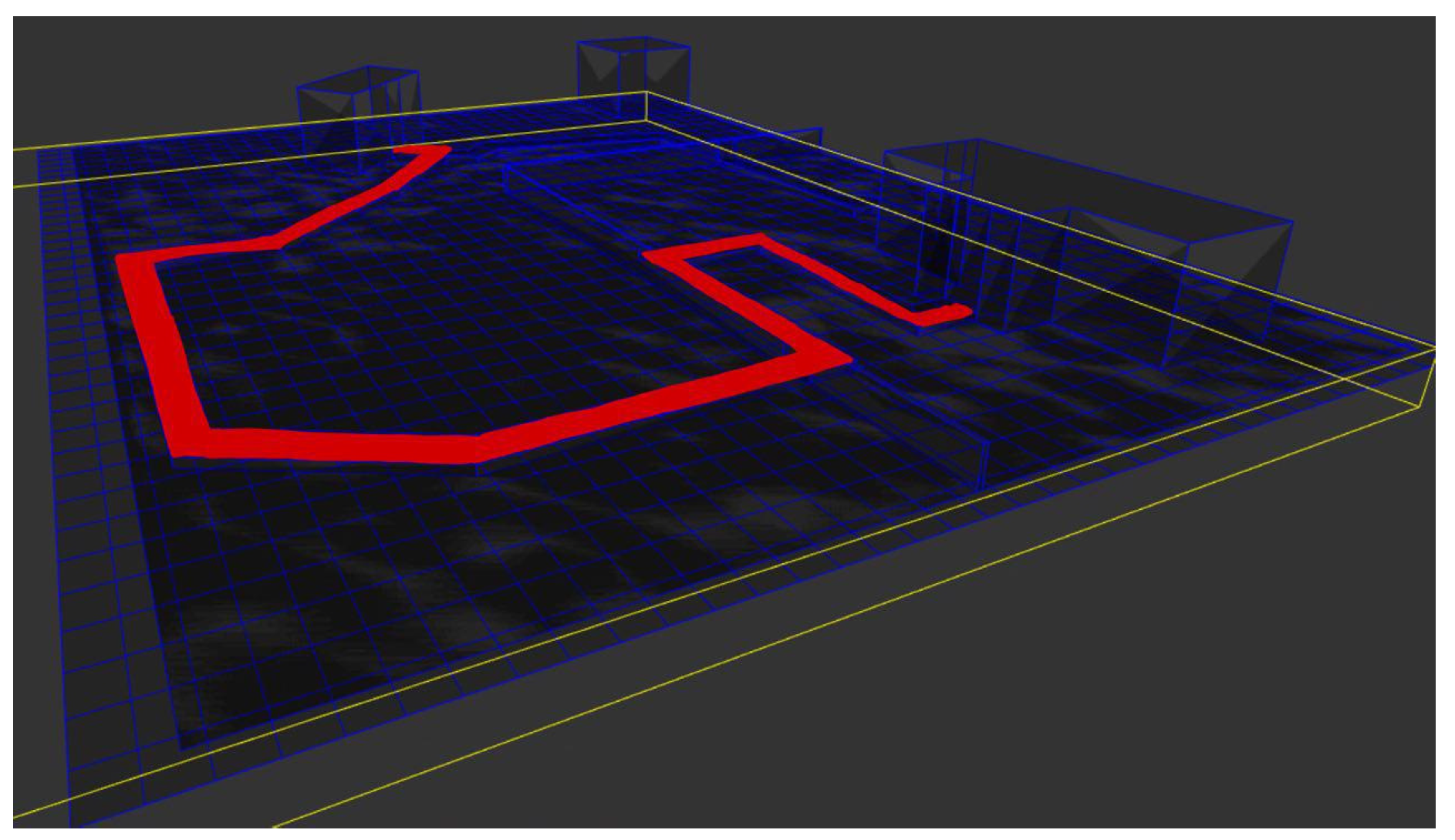