The Role of Spatial Context Information in the Generalization of Geographic Information: Using Reducts to Indicate Relevant Attributes

This study utilizes mobile phone data and land use data on Shanghai, China. Shanghai is one of the most economically developed cities in the country and serves as the economic, financial, trade, and shipping center of mainland China. It functions as the hub of China’s economic interaction with the world and is home to the head offices of many multinational companies in China. It is also the leading urban area of the Yangtze River Delta economic zone. At the end of 2013, there were about 24.1515 million permanent urban residents living in the city. In the same year, the GDP generated by the city was approximately 2.13982 trillion Yuan, with a per capita GDP of USD 14,442.33, reaching a similar GDP per capita level to that of developed countries. With the booming consumer demand, there is an urgent need to provide the city with rich, diversified, and specialized public service facilities.
This study focuses on the central urban area of Shanghai, an area of ~66,000 hectares. (Figure 1) The spatial unit is of great significance when analyzing the dynamic distribution characteristics of urban population density. Land use (lot) is a commonly used data unit in the field of urban planning, and it is relatively simple to convert data units such as blocks, traffic districts, and administrative districts to this unit. Therefore, this study utilizes 12,584 plots in the central area of Shanghai as the analysis unit, which is of great value for urban planning and management.

3.1. Characteristics of the Temporal Evolution of Urban Population Density

The results of the behavior density calculation provided an intuitionistic and accurate cognition of the spatial and temporal law of citizen activities on a macro-level. For example, on an autumn day in Shanghai’s central city, the variations in the density difference is larger within each block, with the highest density being 150,000 people per square kilometers and the lowest density being less than 2000 people per square kilometer. Moreover, the density of space in a single day differed significantly. The kernel density method was used to draw a contour distribution map of behavior density in each time period. This map shows that the behavior density showed a dark-colored concentration core in the central area during the day, which shifted to other areas outside the city center at night (Figure 2).
According to the behavior density calculation results, the temporal changes of mobile phone user density can be measured on different scales. Within the central area of Shanghai, the average numbers of mobile phone users on each working day and each holiday period are shown in Figure 3. The average number of users is 9.037 million on working days and 8.971 million on holidays. The maximum number of users on weekdays is 9.608 million, whereas the maximum number of users on holidays is 9.534 million. The minimum number of weekday users was 8.446 million, whereas the minimum number of holiday users was 8.411 million. The minimum users’ numbers were recorded at 5 am. The fluctuations between the maximum and minimum values were mainly caused by mobile phone users entering or leaving the research area at different times.

3.2. Correlation between the FAR and Average Population Density by Day

3.3. Correlation between the FAR of Public Service Facilities and Population Density from Day to Night

3.4. Correlation between the FAR of Non-Public Service Facilities and Population Density from Day to Night

This research was funded by the Youth Science Fund Project of National Natural Science Foundation of China, grant number 51708103. 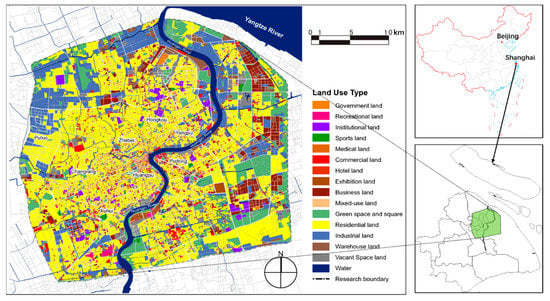 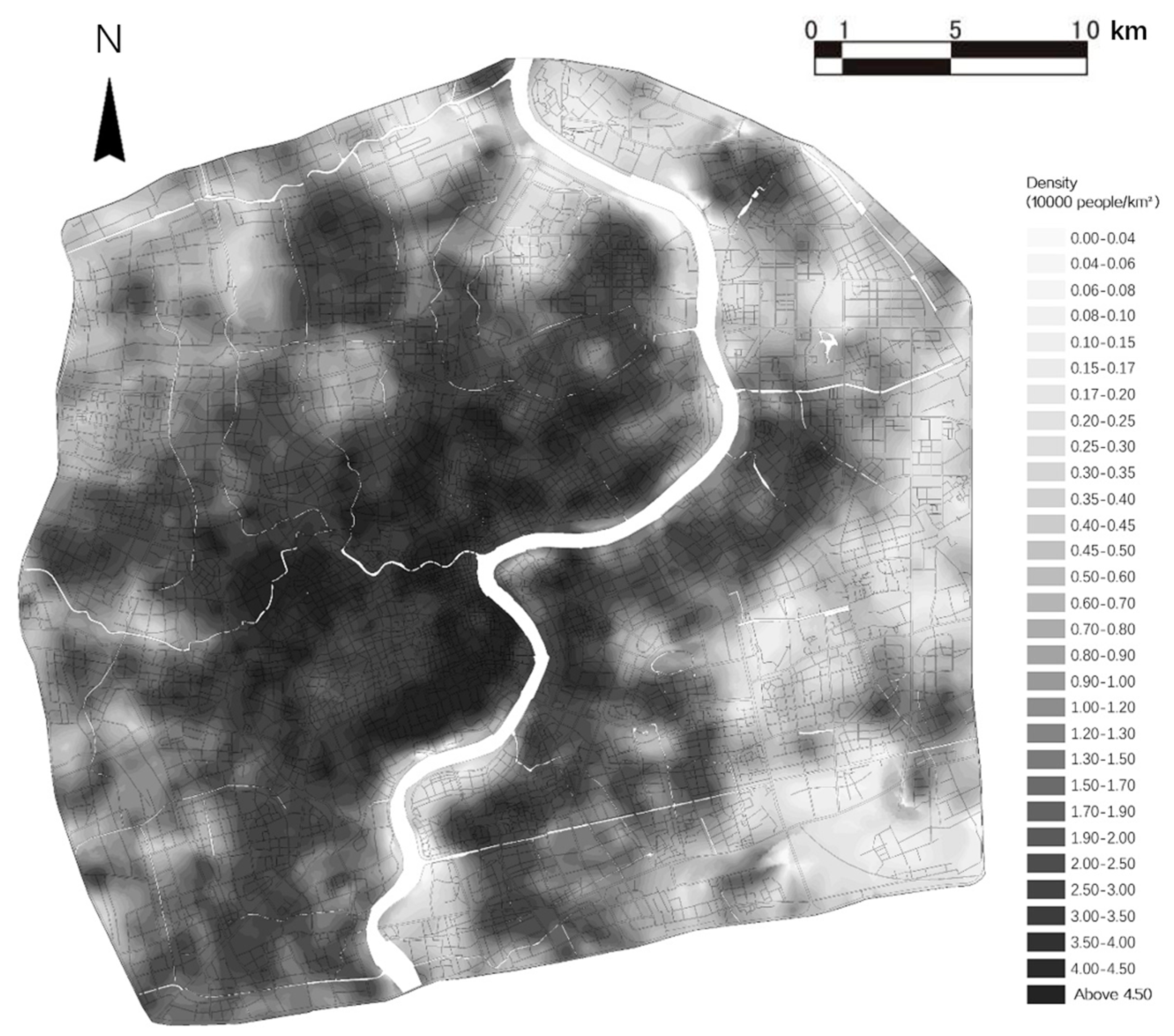