3.3. CGA Expression for Geometric Objects Based on Outer Product

3.4. Correlations between the Outer Product Results and the Spatial Topology of the Geometric Object

3.5. Interior Space Detection of Spatial Objects Based on the Outer Product

In this paper, a method that is able to rapidly locate the interior space of simple polygons and simple polyhedrons in a 3D space is developed based on the discovered correlation characteristics between the sign of the coefficients of the outer product results and the topological space of the spatial object. Figure 4 shows the algorithm flow. Using the simple polygon that is shown in Figure 5 as an example, the algorithm principle of determining the interior space of spatial objects that is based on the result of the outer product is demonstrated. The algorithm first searches for the convex vertex of the spatial object, specifically, to look for the vertex with the highest coordinate value along the X-axis (e.g., P4 in Figure 5). The one with the highest Y-axis and Z-axis values are searched if multiple vertices are found with the same X-axis value. The resultant vertex is inevitably a convex vertex. Moreover, the outer product between any terminal vertex connecting the convex vertex (P5 in Figure 5) and the boundary object, where the other terminal vertex at Edge L34 of P3 (Figure 5), OPResult, is computed. Finally, the signs of the coefficients of the outer product between an arbitrary spatial point and the boundary of the polygon are used as criteria to determine whether it is inside the polygon. If the sign of the coefficient of the outer product of a spatial point and the polygon boundary is consistent with that of OPResult, then this spatial point is located within the interior of the polygon. This method can detect the interior space for both two-dimensional simple polygons and three-dimensional simple polyhedrons.

3.6. Interior Space Detection of Spatial Objects Based on the Outer Product

We thank anonymous reviewers and editors for their helpful comments. 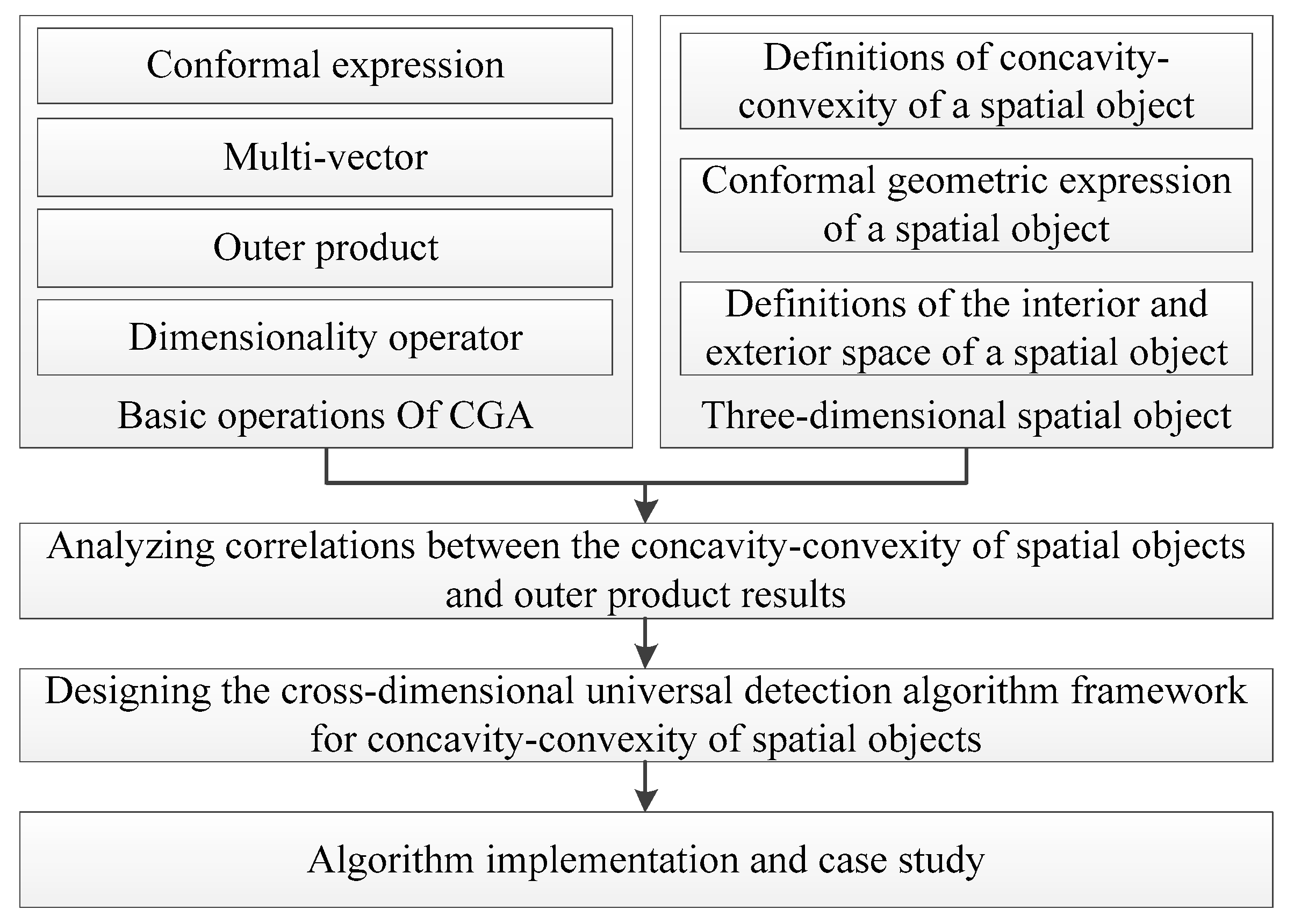 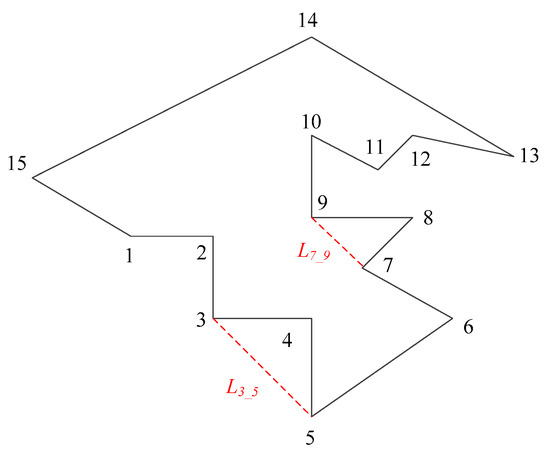 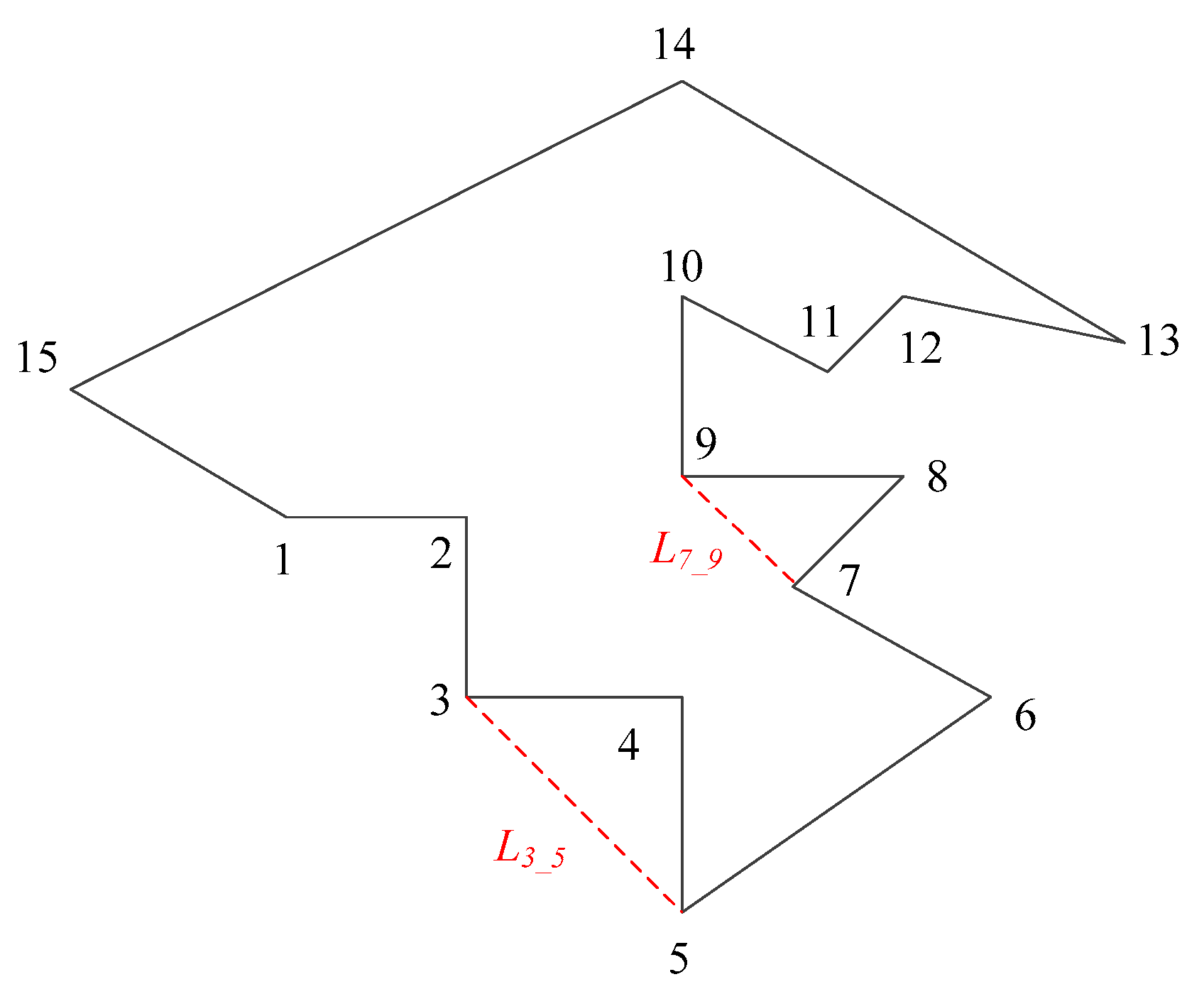 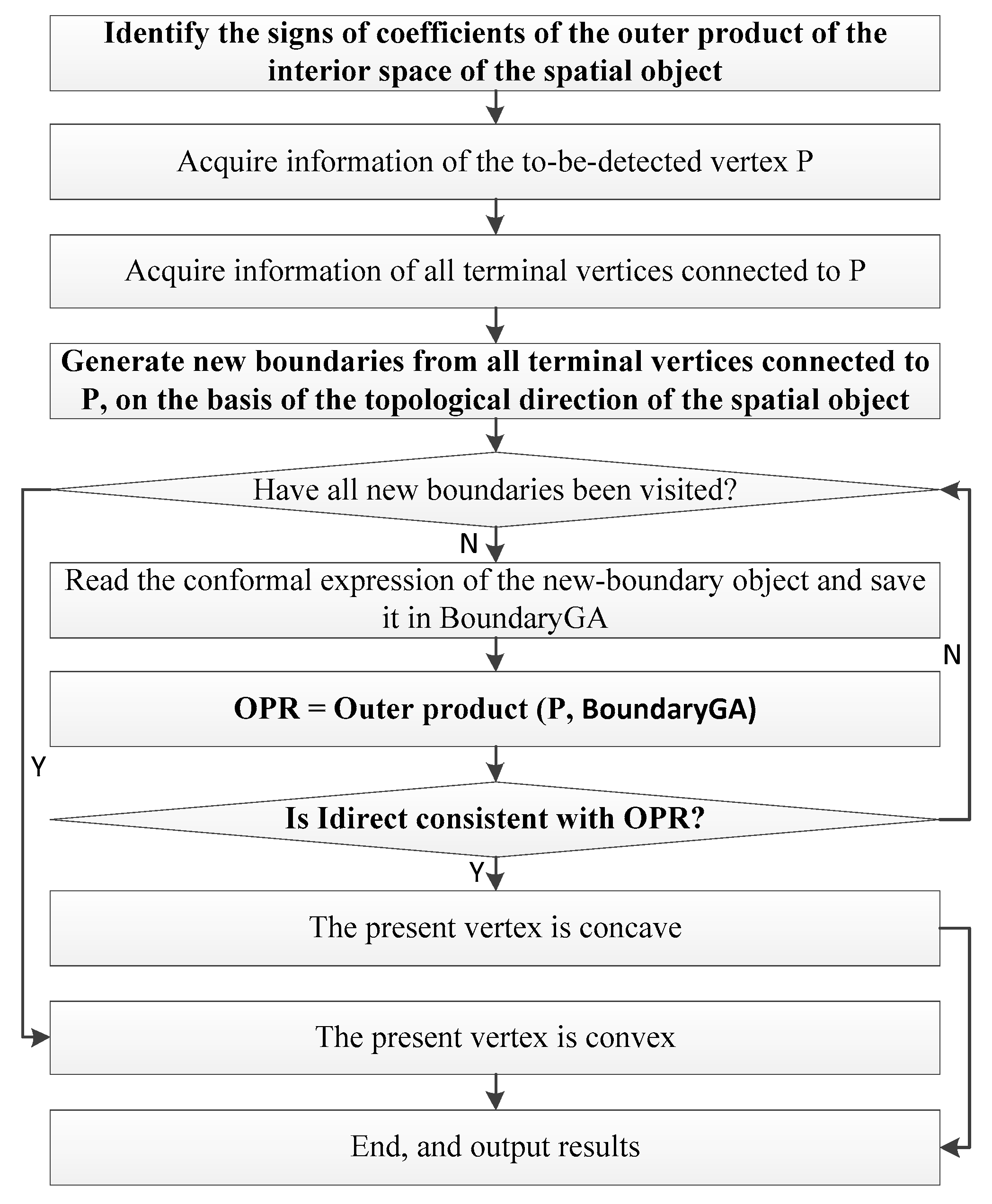 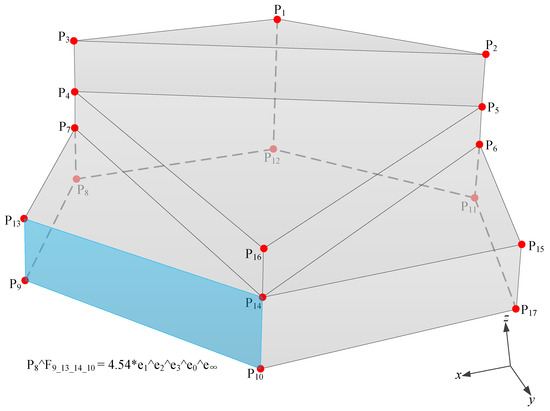