Land-cover changes are driven by different combinations of biophysical, economic, and cultural drivers that are acting at different scales. We aimed to (1) analyze trends in land use and land cover changes (conversion, abandonment, forest persistence) in the dry Chaco in central Argentina (1979 to 2010), and (2) examine how physical and socio-economic drivers have influenced those changes. Based on Landsat data, we obtained the proportion of 16 classes of land cover changes for 81 individual circular samples. We performed a Principal Component Analysis (PCA) to identify the main trends of change across the whole region. To explore the relationships between the changes in land cover and drivers, we developed a GIS comprising thematic maps representing the different drivers. The drivers were first correlated with the two first PCA axes, and in a second approximation were subjected to multiple regression analyses. We obtained in this way the best model to explain each PCA axis. The highest conversion, as indicated by PCA axis 1, was experienced by flat areas close to roads and with the highest annual rainfall. Besides agricultural expansion that was triggered by precipitation increase as a major driver of forest conversion, changes that were observed during the period 1979–2010, may have also been influenced by several other driving forces acting at different spatial scales and contexts. View Full-Text
Keywords: Landsat; land-cover changes; driving forces; deforestation; conversion-abandonment; dry Chaco Landsat; land-cover changes; driving forces; deforestation; conversion-abandonment; dry Chaco
►▼ Show Figures 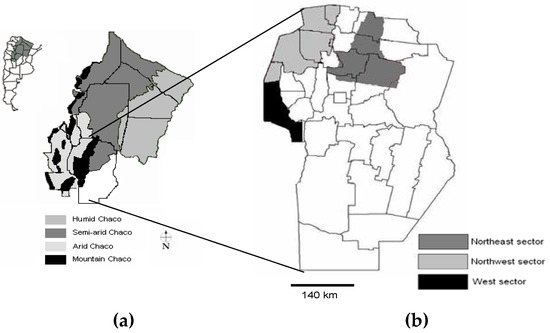 
Hoyos LE, Cabido MR, Cingolani AM. A Multivariate Approach to Study Drivers of Land-Cover Changes through Remote Sensing in the Dry Chaco of Argentina. ISPRS International Journal of Geo-Information. 2018; 7(5):170.