The various levels of detail (LODs) of a 3D city model are often stored independently, without links between the representations of the same object, causing inconsistencies, as well as update and maintenance problems. One solution to this problem is to model the LOD as an extra geometric dimension perpendicular to the three spatial ones, resulting in a true 4D model in which a single 4D object (a polychoron) represents a 3D polyhedral object (e.g., a building) at all of its LODs and a multiple-LOD 3D city model is modeled as a 4D cell complex. While such an approach has been discussed before at a conceptual level, our objective in this paper is to describe how it can be realized by appropriately linking existing 3D models of the same object at different LODs. We first present our general methodology to construct such a 4D model, which consists of three steps: (1) finding corresponding 0D–3D cells; (2) creating 1D–4D cells connecting them; and (3) constructing the 4D model. Because of the complex relationships between the objects in different LODs, the creation of the connecting cells can become difficult. We therefore describe four different alternatives to do this, and we discuss the advantages and disadvantages of each in terms of their feasibility in practice and the properties that the resulting 4D model has. We show how the different linking schemes result in objects with different characteristics in several use cases. We also show how our linking method works in practice by implementing the linking of matching cells to construct a 4D model. View Full-Text
Keywords: level of detail (LOD); 4D; multi-dimensional GIS; 4D data structure level of detail (LOD); 4D; multi-dimensional GIS; 4D data structure
►▼ Show Figures 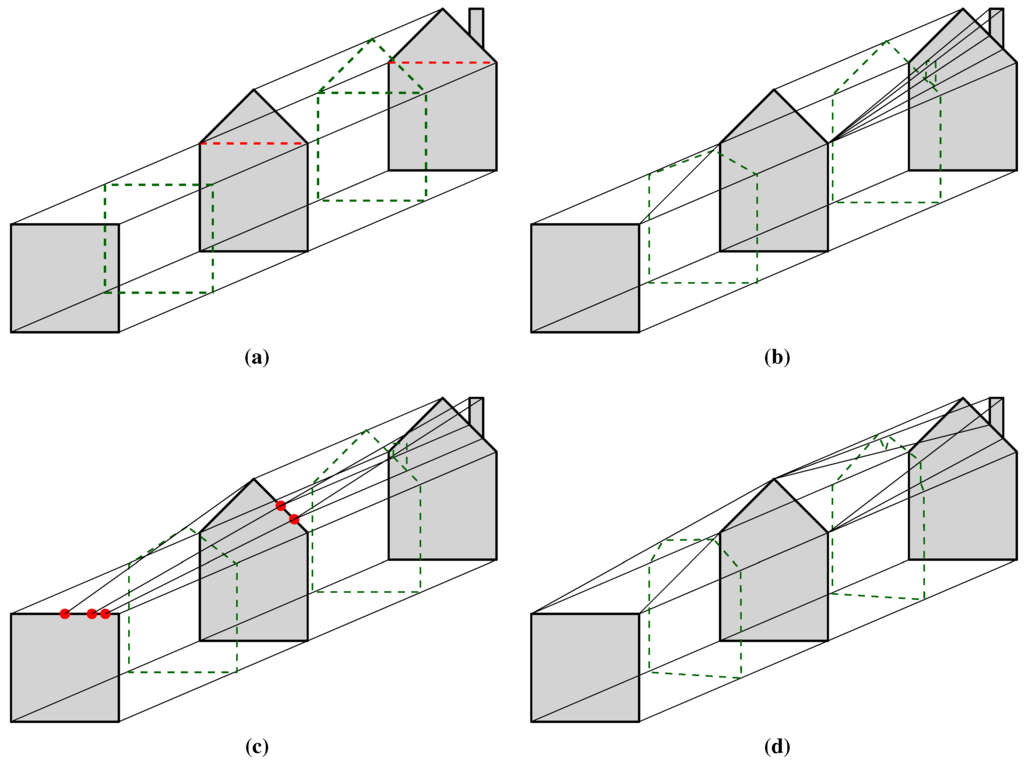