Estimates of the Ambient Population: Assessing the Utility of Conventional and Novel Data Sources

The Key Factors Driving the Development of New Towns by Mother Cities and Regions: Evidence from China

As an important carrier of expanded urban spatial growth, new towns have been a “policy tool” for spatial production in the new era and have received long-term and constant attention from circles such as geography, planning, and economics. National new districts constitute a new regional space for China to implement the national strategy and promote the transformation of urban development mode. They are mutually reinforcing with their mother cities and hinterland provinces. Based on the geodetector method, this paper reveals the key factors driving the development of national new districts by mother cities and hinterland provinces and their interaction effects, which provides a basis for municipal and provincial governments to accurately formulate policies to promote the development of new towns by classification. The study shows that, firstly, there are five types of driving factors, that is, all-round driving factors, scale-increasing factors, expansion and quality-improving factors, expertise driving factors, and non-driving factors. The strength and dimension of the driving factors are characterized by prominent heterogeneity; R&D personnel, export and import trade are the key factors to expand the increment, optimize the inventory, and improve the quality; the overall development driving forces are in the order of innovation > opening > industry > investment > population. Secondly, the pairwise interaction between different factors exhibits two-factor enhancement, and the population shows a nonlinear increase in the driving force of investment, openness, and innovation on a provincial scale. Thirdly, according to the driving force of the factors and the interaction between them, suggestions are put forward based on the development stage and key demands for city and provincial governments to make policies for the development of national new districts, to support the establishment of scientific competition and cooperation between new towns and mother cities or regions, and to build a long-term collaborative development mechanism. View Full-Text
Keywords: new town; national new district; driving mechanism; geodetector; China new town; national new district; driving mechanism; geodetector; China
►▼ Show Figures 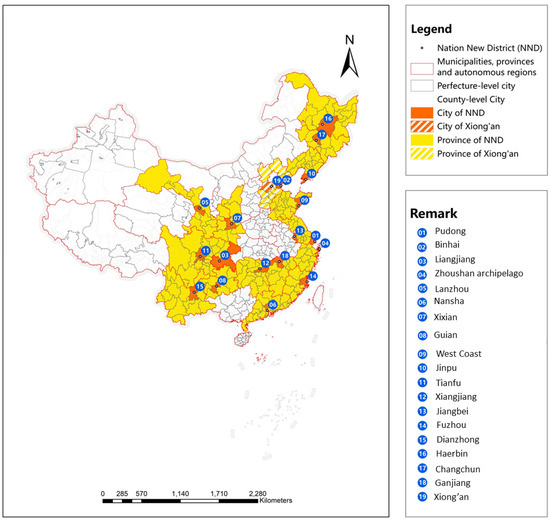