Tiny but Fatty: Lipids and Fatty Acids in the Daubed Shanny (Leptoclinus maculatus), a Small Fish in Svalbard Waters
Previous Article in Journal

Fatty Acid Content and Composition of the Yakutian Horses and Their Main Food Source: Living in Extreme Winter Conditions 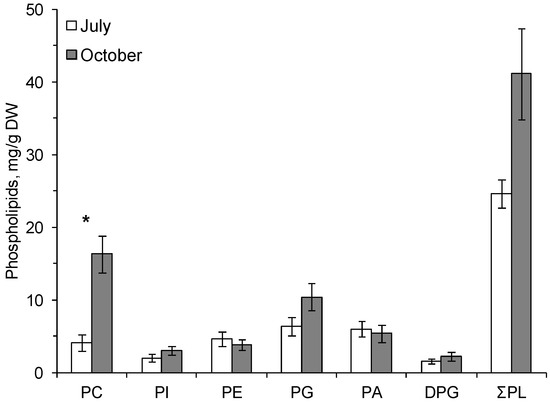