The aim of this study was to investigate the acute and subchronic toxicity of a film formulation that combines κ-Carrageenan and konjac glucomannan for soft capsule application. For the acute toxicity study, a dose of 2000 mg/kg body weight (bw) of the film suspension was administered orally to rats. The animals were observed for toxic symptoms and mortality daily for 14 days. In a subchronic toxicity study, the film suspension, at doses of 10, 30 and 75 mg/kg bw for 28 days, were orally administered to rats. After 28 days, the rats were sacrificed for hematological, biochemical and histological examination. In the acute toxicity study, neither signs of toxicity nor death among the rats were observed for up to 14 days of the experimental period. The results of the subchronic toxicity study show that there were no significant changes observed in the hematology and organ histology. Some alterations to the relative organ weight and blood biochemistry were observed, but they were considered to be temporary effects and not an indication of toxic effects. The overall findings of this study indicate that the film formulation of κ-Carrageenan and konjac glucomannan is non-toxic up to a dose of 75 mg/kg bw, which could be considered a safe dose for soft capsule application. View Full-Text
Keywords: κ-Carrageenan; Konjac Glucomannan; soft capsule; toxicity κ-Carrageenan; Konjac Glucomannan; soft capsule; toxicity
►▼ Show Figures 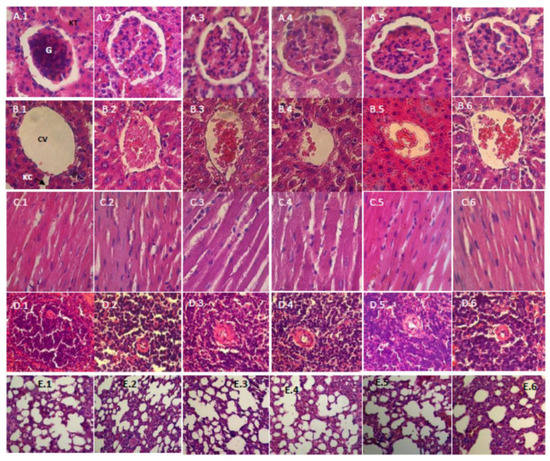