Measurement of Results of Functional Reach Test with Sensors: A Systematic Review
Next Article in Special Issue

IOTA-BT: A P2P File-Sharing System Based on IOTA
Previous Article in Journal

1
Department of Computer Science, University of Liverpool, Liverpool L69 7ZX, UK
2
School of Engineering and Computer Science, Victoria University of Wellington, Wellington 6140, New Zealand
*
Authors to whom correspondence should be addressed.
†
This paper is an extended version of our paper published in Evaluation and Assessment in Software Engineering (EASE2020).
‡
This author contributed equally to this work.
Electronics 2020, 9(7), 1077; https://doi.org/10.3390/electronics9071077
Received: 20 April 2020 / Revised: 11 June 2020 / Accepted: 11 June 2020 / Published: 30 June 2020
(This article belongs to the Special Issue Blockchain-Based Technology for Mobile Application)

Given the current state of software development, it does not seem that we are nowhere near vulnerability-free software applications, due to many reasons, and software developers are one of them. Insecure coding practices, the complexity of the task in hand, and usability issues, amongst other reasons, make it hard on software developers to maintain secure code. When it comes to cryptographic currencies, the need for assuring security is inevitable. For example, Bitcoin is a peer-to-peer software system that is primarily used as digital money. There exist many software libraries supporting various programming languages that allow access to the Bitcoin system via an Application Programming Interface (API). APIs that are inappropriately used would lead to security vulnerabilities, which are hard to discover, resulting in many zero-day exploits. Making APIs usable is, therefore, an essential aspect related to the quality and robustness of the software. This paper surveys the general academic literature concerning API usability and usable security. Furthermore, it evaluates the API usability of Libbitcoin, a well-known C++ implementation of the Bitcoin system, and assesses how the findings of this evaluation could affect the applications that use Libbitcoin. For that purpose, the paper proposes two static analysis tools to further investigate the use of Libbitcoin APIs in open-source projects from a security usability perspective. The findings of this research have improved Libbitcoin in many places, as will be shown in this paper. View Full-Text
Keywords: API usability; Bitcoin; security; privacy; open-source; Libbitcoin APIs; software developers API usability; Bitcoin; security; privacy; open-source; Libbitcoin APIs; software developers
►▼ Show Figures 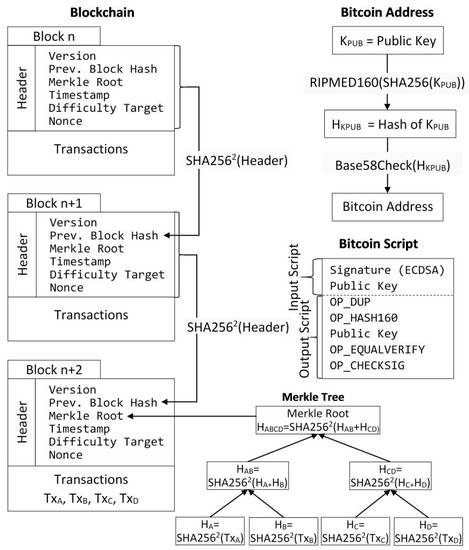