Canny established three qualitative measures for the ideal edge-detection filter: clear detection and accurate localization of edge pixels, and unique filter response. His aim was to discover the optimal edge detection algorithm which would reduce the probability of detecting false edges and yield to sharp edges in the filtered image. The algorithm proposed by Canny is based on grayscale pictures; therefore, the pre-requisite is to convert the original image to grayscale before applying the algorithm. The algorithm is nowadays considered as the best edge-detection algorithm for images corrupted by noise and can be broken down to five different steps, as shortly resumed in the following paragraphs.
First, the image is convolved with a Gaussian filter of size × , given by: where . This step slightly smooths the image to reduce the effects of noise (which causes the presence of unwanted details and textures in the image) on the edge detection and to prevent false detection. The larger the size of the Gaussian kernel, the lower the edge detector’s sensitivity to noise; on the other hand, the edge localization error is slightly higher with the increase of the Gaussian filter kernel size, since the blurring effect is stronger. A 5 × 5 kernel (i.e., . is a good size for most cases, but this also varies depending on specific situations.
The second step consists in calculating the gradient intensity of the Gaussian-smoothed image. Initially, an edge detection operator is applied (such as Roberts Cross [48]), which returns a value for the first derivative in the horizontal direction (say ) and in the vertical direction (say ). The gradient intensity image is determined as:
An edge in an image may point in a variety of directions and the Canny algorithm aims at distinguishing between horizontal, vertical and diagonal edges in the image (this information is used in the next steps of the algorithm). To this aim, the gradient angle is determined as: and it is rounded to one of four angles representing vertical, horizontal and the two diagonal directions (0°, 45°, 90° and 135°, respectively)—for instance a direction in [0°, 22.5°] or [157.5°, 180°] maps to 0°.
In the gradient intensity image, the edges are already visible, but some of them are thick and others are thin. The application of a non-maximal suppression procedure (third step of Canny edge algorithm) will help to mitigate the thick ones. Moreover, in the gradient intensity image the gradient intensity level is obviously not uniform: the weak edges should be removed and on the final Canny-processed image all edges should have the same intensity (binary image); this is accomplished during the fourth and fifth steps of the algorithm.
The third step of the Canny edge detector consists in the application of an edge-thinning technique, namely the non-maximal suppression: this step aims at suppressing all the gradient values by setting them to 0, except the local maxima that indicate locations with the sharpest change of intensity value. To do so, the algorithm checks whether each non-zero pixel in the gradient intensity image has a higher value than its two neighbors along the rounded gradient angle: if so, the pixel is kept unchanged, otherwise it is set to 0. More in detail, for every non-zero pixel:
In this explanation, the sign of the direction is obviously irrelevant, i.e., north–south is the same as south–north, and so on.
The fourth step of Canny edge algorithm is the double-threshold application. After the application of non-maximal suppression, the remaining edge pixels provide a more accurate representation of the real image edges. However, some unwanted edge pixels are still present, caused by noise. In order to account for these spurious responses, it is essential to filter out edge pixels with a weak gradient intensity value and preserve edge pixels with a high gradient intensity value. This is accomplished by selecting and applying two suitable high and low threshold values. If the gradient intensity value of an edge pixel is higher than the high threshold value, the pixel is marked as a strong edge pixel. If the gradient intensity value of an edge pixel is smaller than the high threshold value and larger than the low threshold value, the pixel is marked as a weak edge pixel. If the gradient intensity value is smaller than the low threshold value, the pixel is suppressed (i.e., its gradient intensity value is set to 0). It is obvious that when the threshold values are higher, the resulting image has less noise and fewer false edges but greater gaps between edge segments.
Finally, the fifth step of Canny edge algorithm is the edge tracking by hysteresis, to remove gaps between edge segments and bring all the final edge pixels to the same intensity value. All pixels marked as strong edge pixels in the fourth step of the algorithm shall certainly be involved in the final edge image. A weak edge pixel, instead, is retained only when it fills a gap between strong edge pixels (assuming that noise responses are unconnected). In particular, to track edge connections, for every weak edge pixel the algorithm considers a 3 × 3 portion of the image centered on it and checks whether among the eight pixels surrounding the central weak edge pixel there is at least one strong edge pixel: in such case, the weak edge pixel is identified as one that shall be preserved and its value is changed to the value of the strong edge pixel. This kind of analysis is also called connected-component labelling or blob extraction [59].

2.4. Experimental and Synthetic Datasets Used to Test the Proposed Algorithms

Numerical tests were performed on 10 synthetic and real radargrams, to verify the effectiveness and performance of the proposed procedure and to identify the most convenient search zone among those depicted in Figure 4. The electromagnetic simulator gprMax [40,56], implementing the finite-difference time-domain technique, was used to generate synthetic radargrams; the experimental radargrams, instead, were recorded in real field surveys carried out in urban areas.
In Table 1, the basic properties of the considered radargrams are resumed. The smallest one (#1) has 60,600 pixels (120 traces with 505 electric-field amplitudes per trace); the largest radargrams (#9 and #10) have 115,2291 pixels (1483 traces with 777 electric-field amplitude values per trace). The antennas were always ground-coupled, the central frequencies were 400 MHz, 500 MHz and 900 MHz in the experimental cases, 1500 MHz in the simulations.
All radargrams are shown in Figure 5 and Figure 6. The eight experimental radargrams presented in Figure 5 were obtained during real GPR surveys carried out in urban areas, in Belgrade, in the presence of different utilities. The two synthetic radargrams of Figure 6 belong to the Open Database of Radargrams of COST (European Cooperation in Science and Technology) Action TU1208 [6], namely Radargram #9 is obtained by scanning Concrete Cell 1.1 proposed in [60], whereas Radargram #10 is obtained by scanning an enlarged version of the same structure [28].
Overall, the considered test radargrams can be divided into three groups:
In the paper, stronger emphasis is put on experimental data and indeed 80% of test radargrams are experimental.

The research work presented in this paper investigated the use of the Canny edge detector in the initial stage of APEX (automated point extraction from radargrams), a previously proposed advanced algorithm for the automatic detection and characterization of hyperbolic reflections in ground-penetrating radar (GPR) radargrams. The implementation solution described in this paper largely decreases the number of unnecessary edge pixels in Canny edge processed radargrams and correctly retains edge pixels that are in the vicinity of hyperbolic reflections’ apices.
The procedures presented herein have been successfully tested over eight experimental and two synthetic radar images with different levels of complexity and noise, obtained with antennas working at various central frequencies ranging from 400 MHz to 1.5 GHz. Based on the promising findings of this study, the introduction of the new procedures into APEX has proved to be a robust upgrade of the algorithm, which is extremely useful for reducing its overall execution time. To further improve this upgrade of APEX and make the algorithm even faster, future steps will include the implementation of suitable procedures to remove also the unnecessary edge pixels originating from horizontal reflections (e.g., due to road and soil layers) and the definition of additional criteria to eliminate other unwanted edge pixels (e.g., due to noise and small reflections generated by debris or stones in the soil). Finally, only the edge pixels in the vicinity of the apices of hyperbolic reflections will be retained for the purposes of estimating the coordinates of the apices.
It is worth emphasizing that the original version of the APEX algorithm makes use of a trained neural network to identify the so-called “segments of interest”, i.e., small regions of the radargram under test containing the sought objects (hyperbolas). The final version of the upgraded APEX will be made independent of the use of a trained neural network, and this is expected to increase its effectiveness and accuracy. The upgraded algorithm will provide results in near real-time and, thanks to the use of the Canny operator, it will also be less susceptible to noise than the original algorithm.

Original idea, conceptualization and methodology: A.R., L.P. and Ž.B.; field survey: A.R., M.V. and Ž.B.; data processing: M.V. and Ž.B.; validation, analysis and discussion of the results: all authors; writing—original draft preparation: A.R., M.B. and L.P.; writing—review and editing: M.B, L.P. and M.G. All authors have read and agreed with the submitted version of the manuscript.

This research benefited from the networking activities carried out in COST (European Cooperation in Science and Technology) Action TU1208 “Civil engineering applications of Ground Penetrating Radar” (www.cost.eu, www.gpradar.eu, April 2013–October 2017) and, subsequently, in TU1208 GPR Association (www.gpradar.eu/tu1208). The Authors thank COST for funding and supporting the COST Action TU1208. This paper is an invited contribution to the Special Issue “Microwave Imaging and Its Application” (www.mdpi.com/journal/electronics/special_issues/ele_microwave), guest edited by Prof. Raffaele Solimene. The Authors are grateful to the Guest Editor and to the Editorial Team of Electronics for the invitation and for offering a publication fee waiver. 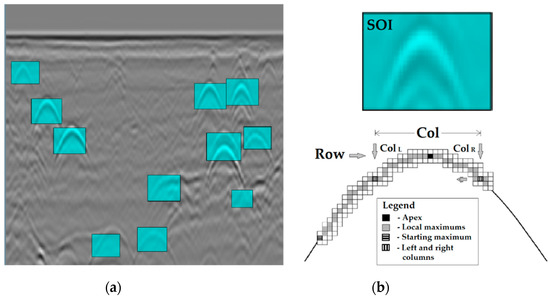 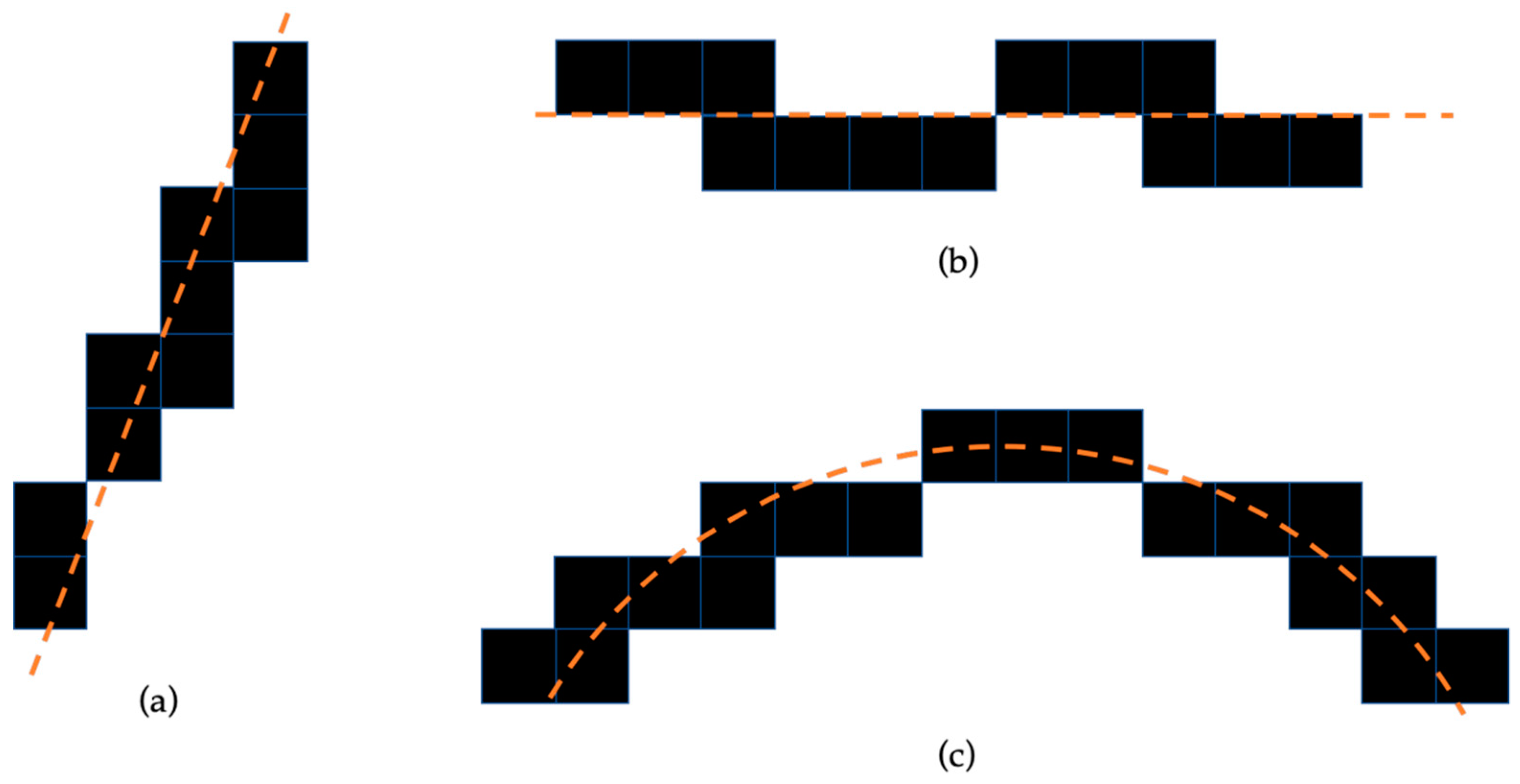 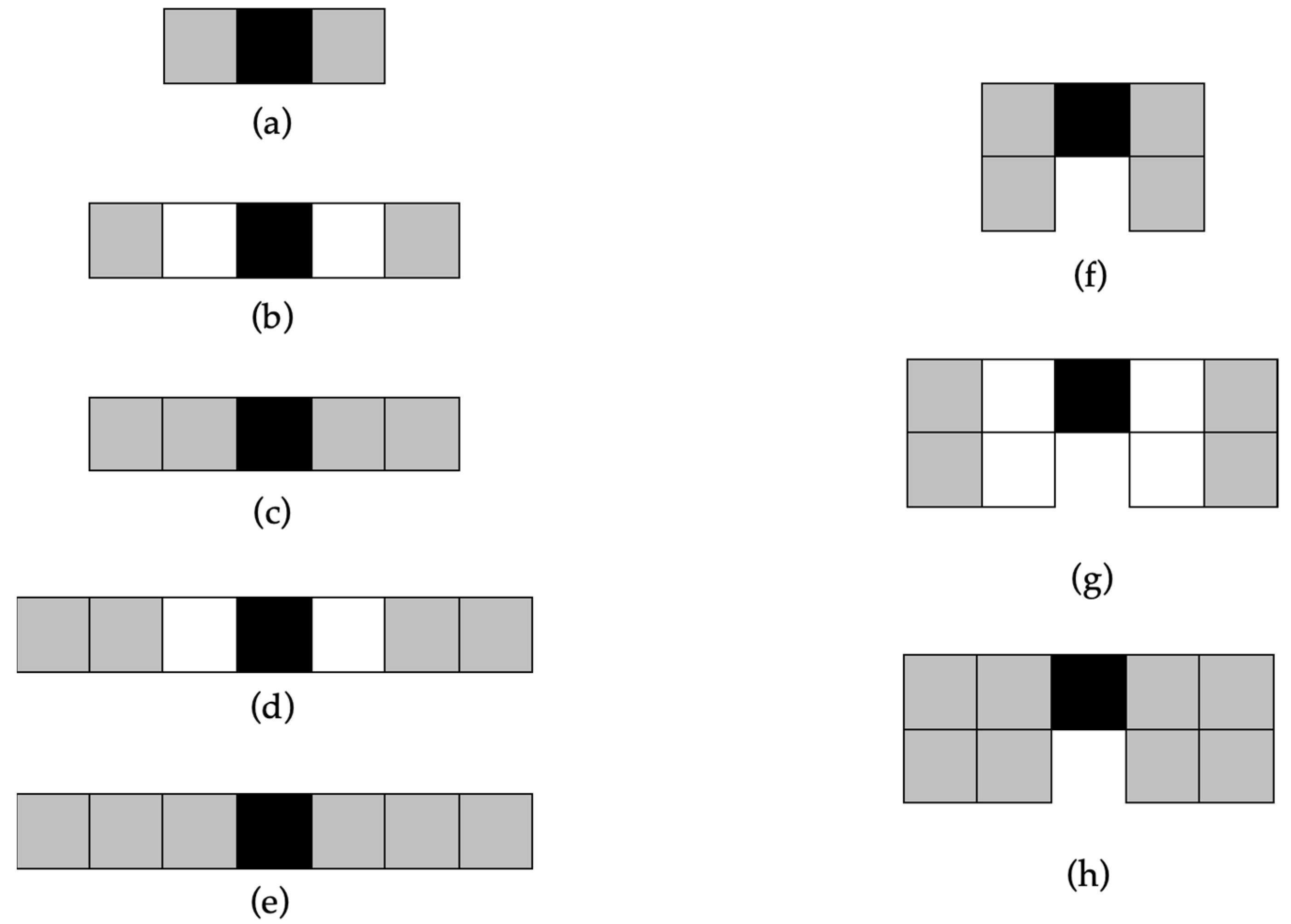 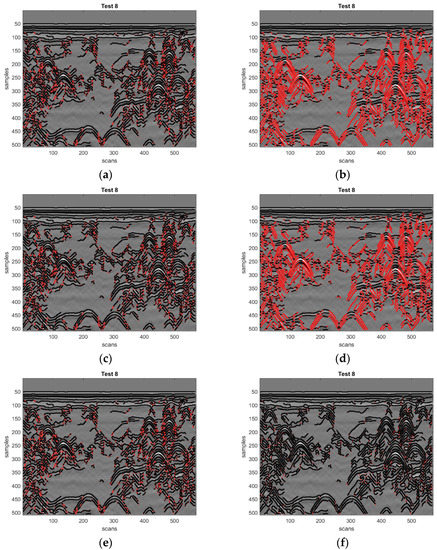 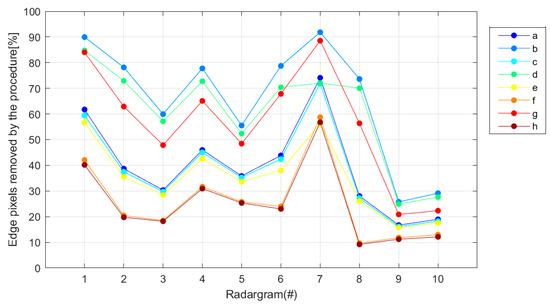