Object detection is an important and challenging field in computer vision, one which has been the subject of extensive research [1]. The goal of object detection is to detect all objects and class the objects. It has been widely used in autonomous driving [2], pedestrian detection [3], medical imaging [4], industrial detection [5], robot vision [6], intelligent video surveillance [7], remote sensing images [8], etc.
In recent years, deep learning techniques have been applied in object detection [9]. Deep learning uses low-level features to form more abstractive high-level features, and to hierarchically represent the data in order to improve object detection [10]. Compared with traditional detection algorithms, the deep learning-based object detection method based has better performance in terms of robustness, accuracy and speed for multi-classification tasks.
Object detection methods based on deep learning mainly include region proposal-based methods, and those based on a unified pipeline framework. The former type of method firstly generates a series of region proposals from an input image, and then uses a convolution neural network to extract features from the generated regions and construct a classifier for object classes. The region-based convolution neural network (R-CNN) method [11] is the earlier method used to introduce convolution neural networks into the field of object detection. It uses the selection search method to generate region proposals from the input images, and uses a convolution neural network to extract features from the generated region proposals. The extracted features are used to train the support vector machine. Based on the R-CNN method, Fast R-CNN [12] and Faster R-CNN [13] were also proposed to reduce training time and improve the mean average precision. Although region proposal-based methods have higher detection accuracy, the structure of the method is complex, and object detection is time-consuming. The latter type of method (based on a unified pipeline framework) directly predicts location information and class probabilities of objects with a single-feed forward convolution neural network from the whole image, and does not require the generation of region proposals and post-classification. Therefore, the structure of the unified pipeline framework approach is simple and can detect objects quickly; however, it is less accurate than the region proposal-based approach. The two kinds of methods have different advantages and are suitable for different applications. In this paper, we mainly discuss the unified pipeline framework-based approach.
Researchers have proposed a wide range of unified pipeline framework-based methods in recent years, one of which is the You Only Look Once v2 (YOLOv2) method [14]. YOLOv2 uses batch normalization to improve convergence and prevent overfitting, and anchor boxes to predict bounding boxes, in order to increase the recall. Other innovations include a high-resolution classifier, direct location prediction, dimension cluster, and multi-scale training, all of which lend greater detection accuracy. Pedoeem and Huang recently proposed a shallow real-time detection method for Non-GPU computers based on the YOLOv2 method [15]; their method reduces the size of input image by half in order to speed up the detection speed, and removes the batch normalization of shallow layers in order to reduce the amount of model parameters. Shafiee et al. have proposed the Fast YOLO method, whereby YOLOv2 can be applied to embedded devices [16]: this employs an evolutionary deep intelligence framework to generate an optimized network architecture. The optimized network architecture can be used in the motion-adaption inference framework to speed up the detection process and thus reduce the energy consumption of the embedded device. Simon et al. have developed a complex-YOLO method [17], which uses a specific complex regression strategy to estimate multi-class 3D boxes in Cartesian space for detecting RGB images; the authors report a significant improvement in the speed of 3D object detection. Liu et al. have developed the Single Shot MultiBox Detector (SSD) method [18], which generates multi-scale feature maps in order to detect objects of different sizes. This method strikes a careful balance between speed and accuracy of detection, but the expression ability of the feature map is insufficient in the shallow layer. In order to enhance the expression ability of shallow feature maps, Fu et al. have proposed the Deconvolutional Single Shot Detector (DSSD) method [19], which uses the ResNet extraction network (generating better features) [20], a deconvolution layer and skip connection in order to improve the expression ability of shallow feature maps. In order to improve the detection accuracy of the SSD method for small objects, Qin et al. have proposed a new SSD method based on the feature pyramid [21]. Their method applies a deconvolution network in the high-level of the feature pyramid in order to extract semantic information, and expands the convolution network so as to learn low-level position information. Their method constructs a multi-scale detection structure so as to improve the detection accuracy of small objects. Redmon and Farhadi have proposed applying the YOLOv3 method for using binary cross-entropy loss for class predictions [22], which employs scale prediction to predict boxes at different scales, and thus improves the detection accuracy with regard to small objects.
In this Section 1, we have reviewed recent developments related to object detection. In Section 2, we outline the concepts and processes of the YOLOv3 object detection method, and in Section 3 we describe our proposed method. In Section 4, we illustrate and discuss our simulation results.

Conceptualization, formal analysis, investigation, and writing the original draft were performed by L.Z. and S.L. Experimental tests were performed by S.L. All authors have read and approved the final manuscript.

This research was funded by National Natural Science Foundation of China (61271115) and Science and Technology Innovation and Entrepreneurship Talent Cultivation Program of Jilin (20190104124). 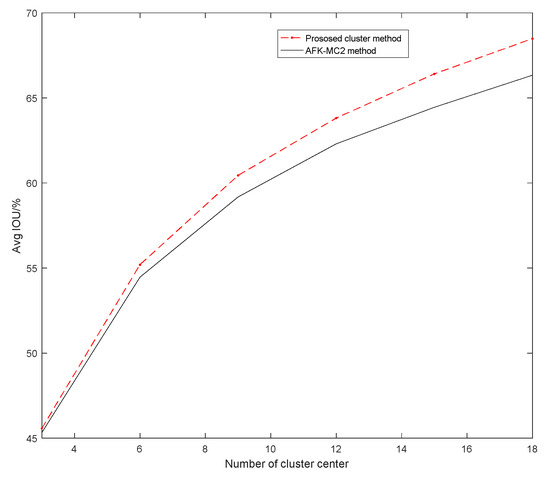 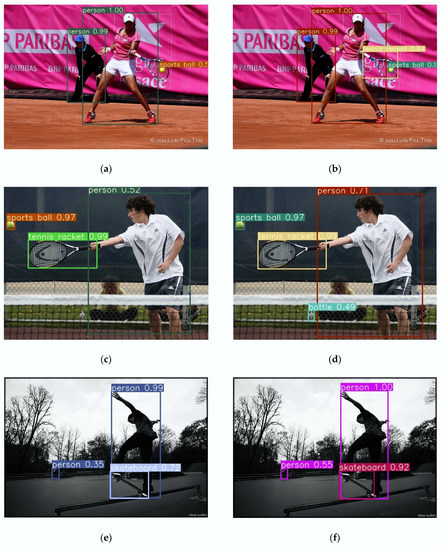 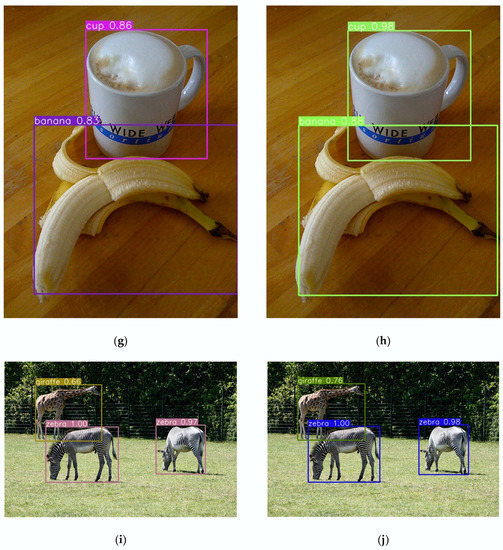