Can User Innovation Grow a Firm? The Case of the Korean Smart Media Industry
Previous Article in Journal

Expressing Personalities of Conversational Agents through Visual and Verbal Feedback

Future artificial intelligence (AI) assistants must be more than just question-and-answer machines. Computers need to express and recognize affect and emotions because affective computers can help reduce user frustration during interactions and enable smooth communication between users and computers [1]. Computers with unnatural expressions and reactions could deter human–computer interaction (HCI) and frustrate users. For instance, when users expect their conversational agents to deliver factual information without intense emotions, but conversational agents speak with intense emotions, users will become frustrated. Therefore, the feedback that matches with users’ perceptions of natural human-computer interaction needs to be designed.
Most studies in the field of affective computing have applied emotion to convey an agent’s internal states naturally. However, this research applied the concept of personality to implement more natural feedback for a conversational agent for the following reasons: (1) The concept of personality can allow individualized and complex features to be conveyed simultaneously; (2) it is possible to predict users’ perceptions by giving a personality to conversational agents; and (3) with personality, agents can implement consistent patterns of reactions rather than simple and immediate reactions.
Personalities are not innate for computer systems or interfaces; thus, humans must program them. In addition, they cannot be defined in a single sentence; instead, they are combinations of abilities, beliefs, preferences, dispositions, behaviors, and temperamental features with diverse behavioral and emotional attributes [2,3]. Therefore, the study posits the following general research question: RQ. How can conversational agents effectively express personalities?
Personalities can be expressed with two factors: (1) behavioral features (gestures, movements) and (2) verbal traits (voice, speech style). People with different personalities demonstrate different amplitudes and speeds of gestures and movements. Extroverts demonstrate faster, wider, and broader movements than introverts [4]. In addition, extroverts tend to demonstrate more reactive and faster movements and body gestures than introverts [5]. Personality and verbal traits are also highly interrelated. Extroverts tend to express more emotionality with positive emotions and use fewer formal expressions with agreement and gratitude [6]. Extroverts also demonstrate shorter silences and use more positive words and informal expressions than introverts. Introverts use more abstract words and formal words than extroverts [2,7].
Gestures are difficult to implement with current conversational agents because most of them are designed in the form of AI speakers. Existing conversational agents in the current market, including Amazon Alexa and Google Home, are not able to implement gesture movements. Instead of using gestures, AI speakers deliver simple visual feedback through a smart display in response to voice commands. Considering the current form of conversational agents, visual feedback was chosen as the personality expression element. As people with different personalities demonstrate different gesture speeds, the lighting speed could also be perceived as different personalities. Quick lighting is perceived as more active than slow lighting; therefore, the study posits the following research question: RQ 1. Can different visual feedback be perceived as different personalities?
Most current AI speakers use a consistent voice with the same speech style. As extroverts and introverts demonstrate different verbal traits, different verbal traits are perceived as different personalities. Therefore, the study posits the second research question: RQ 2. Can different verbal cues be perceived as different personalities?
Unlike previous studies, the current study applied a wider range of personalities rather than focusing on expressing only two contrasting personalities, such as extroversion and introversion. In addition, personality was expressed with diverse factors, including visual feedback with different colors and motions and five verbal cues, rather than focusing on a single element.

People treat computers as social actors [8]. Considering the uncertainty of systems, it is difficult to set absolute standards for expressing a machine’s psychological and emotional states. In the field of HCI, machines’ internal states can be represented by diverse elements.
Verbal cues and text are the most direct ways of representing machines’ and computers’ internal states. Voice-related factors, such as volume, frequency range, and speech rate, are associated with the internal states of machines and computers [9,10]. Non-verbal behaviors, such as facial expressions, interpersonal closeness, gestures [9], and gaze [11,12], of embodied conversational agents were adjusted to demonstrate their social competencies in conversations. In particular, the gaze of the conversational agents were used to deliver back-channel feedback in turn-taking situations [13]. Diverse colors and lights were also used to express the social robots’ emotions [14,15,16], and a simple blinking light was used as a subtle expression to smooth human–robot speech interactions [17].
A large number of studies have focused on emotion [18]. This study argues that, for long-term HCI, the interface’s personality plays a more crucial role than simple emotional reactions. The current approach for personality expression was adapted from previous affective computing [19] and expressive output modality studies [15,16]. For instance, similar to prior studies, this study adopted cues to express conversational agents’ internal states, such as personality. Affective computers can both perform better when assisting humans and enhance their decision-making skills.

2.2. Personality Expressions of Computers and Interfaces

Personality can be defined as consistent patterns of feeling, thinking, and behavior [3]. In this study, personality was chosen to express the internal states of conversational agents for the following reasons: First, personality can easily express subtle and complex dimensions in individual differences. Second, personality can provide a wide range of predictions concerning how people may respond to various personalities [8]. In other words, people unconsciously use personality as a tool for assessing social partners [20]. In addition, much literature supports that individuals assess computers according to personality [8,21,22]. Lastly, personality is essential [23,24] in that it can help agents build natural relationships with humans.
Personality can be expressed and perceived in diverse ways because diverse viewpoints exist regarding personality. Personality could be seen as only measurable consistencies in behavior, or it could be seen as perceived consistencies regardless of its actual measurable consistencies. Among many diverse perspectives, the current study argues that personality is expressed and perceived through the interactions between the expectations of observers and the behaviors of the observed [20].
Most prior studies on a machine’s expressions of personality in particular have focused specifically on expressing two contrasting personalities, such as extroversion/introversion or dominance/submissiveness. Comparatively, few studies of personality expression have applied diverse types of personalities, such as openness and conscientiousness. Among the diverse categorizations of personalities, the Big Five personality traits were applied because they have demonstrated high reliability and validity in psychology and communication studies [25,26,27].

The two representative environmental factors in affective computing are (1) visual and behavioral elements (including color, light, video, and animations) and (2) audio stimuli (including noise, sound, and music). The current study uses both visual and verbal feedback.
Previous studies effectively examined personalities using diverse interfaces and contexts. Behavioral and linguistic factors and their correlations with personality were observed in virtual environments [28]. A social robot using different postures, gestures, and eye gazes depending on its personality and that of its user was also studied [9,29]. Linguistic cues and their correlations with personality [8] were also studied. LED lights [30] were used for the internal expressions of interfaces.
Personality and verbal traits, such as voice pitch, speech speed, wordiness, questioning, and vocal emotionality are highly related. Pitch and speech speed are two key factors of vocal communication [31] for delivering individual features. Vocal emotionality, which was expressed as the emotional reactions and feedback of the conversational agents in this study, was selected because the agent generating the desired emotional state and personality is important in users’ perceptions of the agent [1]. The questioning element was chosen because the usages of questionnaires determine the perception of voices [31]. Wordiness was chosen with reference to the natural language generator named PERSONAGE [9], which uses verbosity as the element to express personality dimensions through language. Vocal gender could be an element of a verbal cue because it is meaningful for personal attributes [6].
Based on previous studies, the current study argues that the personality of interfaces must be expressed using combinations of diverse cues. Therefore, both visual feedback and paralinguistic and verbal cues were adopted to express the conversational agent’s personality.

A total of 105 participants were recruited for the entire study (Table 1). All participants were recruited from a local community group located in Seoul, South Korea. They were all college students with a similar educational background, and they all had an intermediate level of English. In addition, they had similar residences and similar economic backgrounds.
Participants entered the room and received oral instructions about the study. Divided into groups, they were exposed to different experimental materials (visual feedback or verbal cues) because this research aims to express conversational agents’ personalities both with visual feedback and verbal cues.
A total of 45 participants (20 male, 25 females, mean age = 25, standard deviation of age = 3.6) were recruited for visual feedback. Divided into eight groups, five or six participants watched one visual feedback among eight visual feedback (see Section 3.2). A total of 60 participants (34 male, 26 females, mean age = 23.5, standard deviation of age = 2.5) heard 24 different verbal cues. Divided into five groups, 12 participants heard one condition of verbal cues among five conditions. (see Section 3.3).
After being exposed to experimental materials, they answered survey questions asking which personalities best matched the shown visual feedback and verbal cue voices. The survey questions were the short version of the Big Five personality questionnaires [37] (Table A1). The Big Five personality traits were applied because they have demonstrated high reliability and validity in psychology and communication studies [24,25,26,27]. In total, 10 questions were asked of participants in the survey.

This research was supported by the National Research Foundation of Korea (NRF) Grant funded by the Korean National Police Agency and the Ministry of Science and ICT for Police field customized research and development project. (NRF-2018M3E2A1081492). 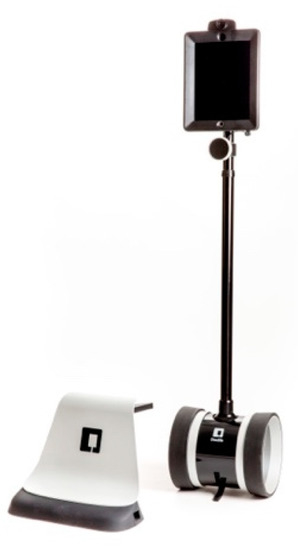 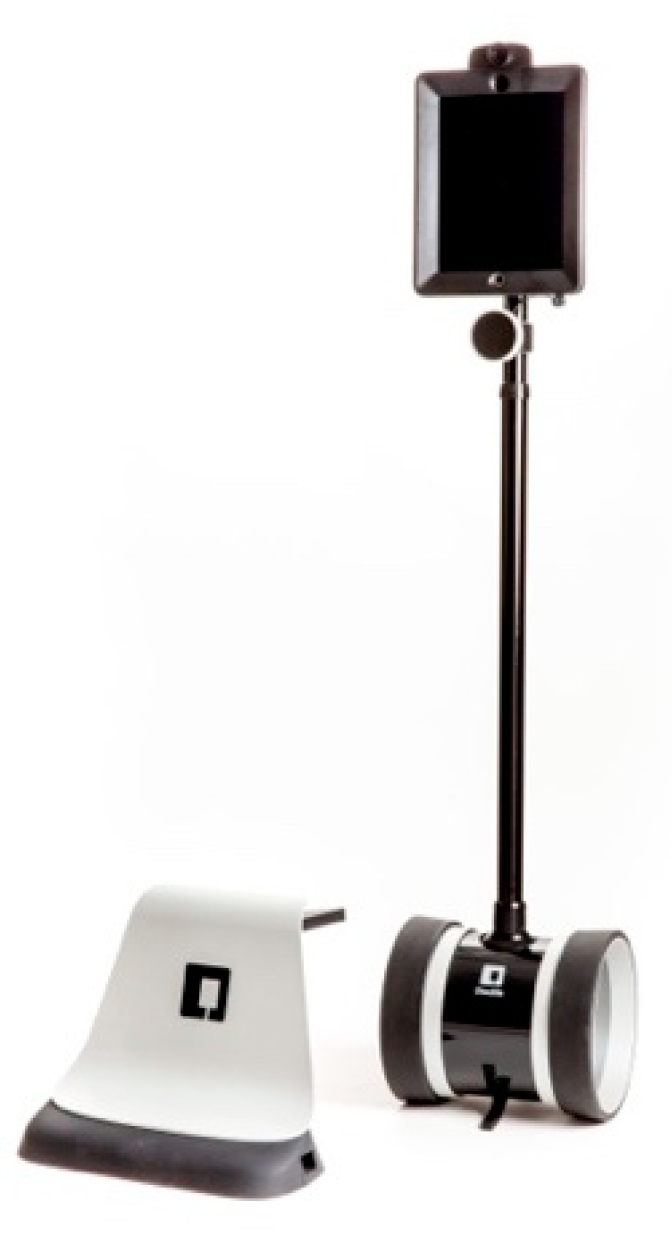 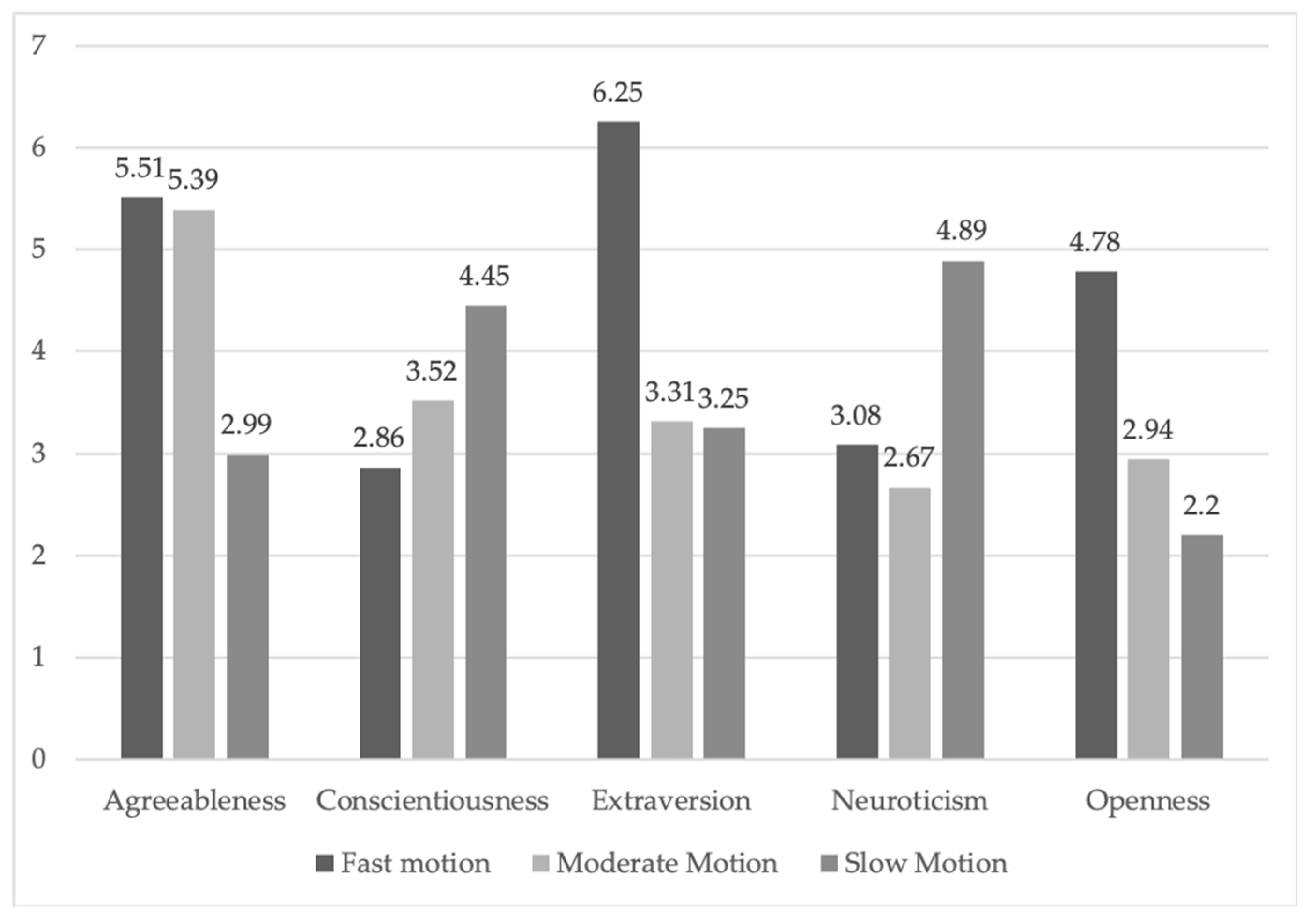