The high penetration of wind generators in modern electrical grids is pushing transmission system operators and energy producers to enhance critical operation functions with accurate and reliable wind generators models, designed and updated by processing experimental data. To deal with the anomalies and incoherence affecting measured data, this paper proposed a classification method based on bad-data detection and unsupervised clustering analysis for wind data filtering and data-driven generator modeling. The main idea was to combine the robustness of adaptive filtering algorithms with the data classification capability of fuzzy data clustering for on-line detection of a valid data-set, and identifying a set of multivariate regression models relating the generated power to the measured variables.
The experimental results obtained on a complex case study demonstrated the effectiveness of the proposed method in enhancing the generation modeling accuracy compared to other traditional solution algorithms.
In particular, power system operators frequently integrate simple and reliable models of wind generators in solving power system operation problems. Hence, the possibility of enhancing these models with advanced tools aimed at relating the actual derated power capability to the pitch angle represents a strategic tool for reducing renewable power curtailments and power system congestions.
Indeed, the proposed method allows managing huge data-sets by processing a large matrix of measured data with computational times compatible with the time constraints imposed by power system operation. Moreover, the developed wind generator model has shown to be highly adaptive, since it allows correctly describing the behavior of all the available generators.
Another important feature characterizing the proposed method is its capability in on-line detection of potential miscorrelation between the measured and the estimated power output, as a function of the available SCADA data. Thanks to this feature, the system operator can define effective policies for optimal reserve management, by taking into account the expected operating state of the available wind generators.
Finally, the proposed model, by explicitly taking into account the pitch angle, is particularly suitable for supporting condition monitoring applications, since it allows detection if a reduction of the generated power is related to a failure or due a voluntary power reduction imposed by the system operator for congestion management. This feature is particularly useful in accurately quantifying the wind power curtails that should be imposed in order to mitigate expected network congestion. 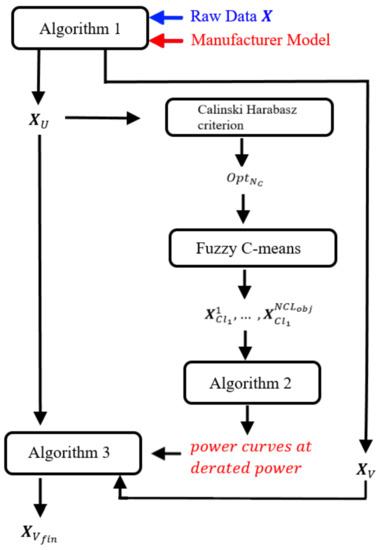 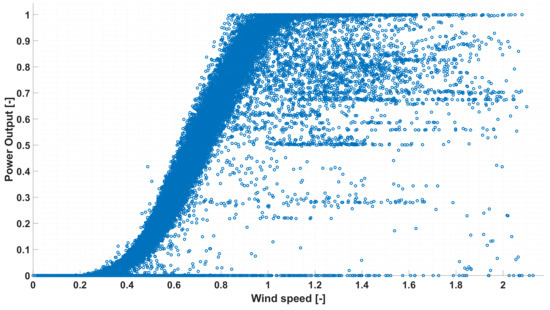 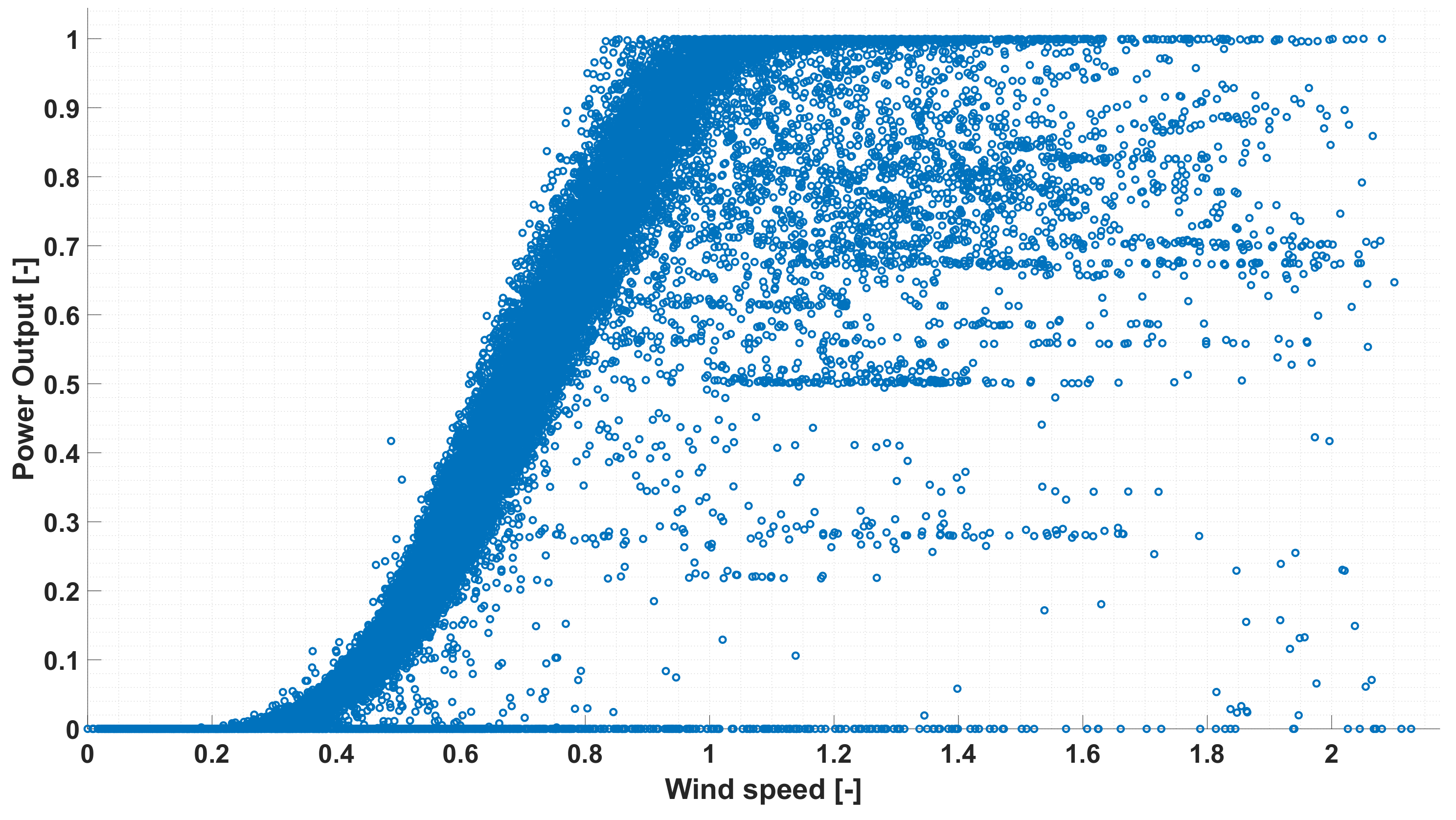 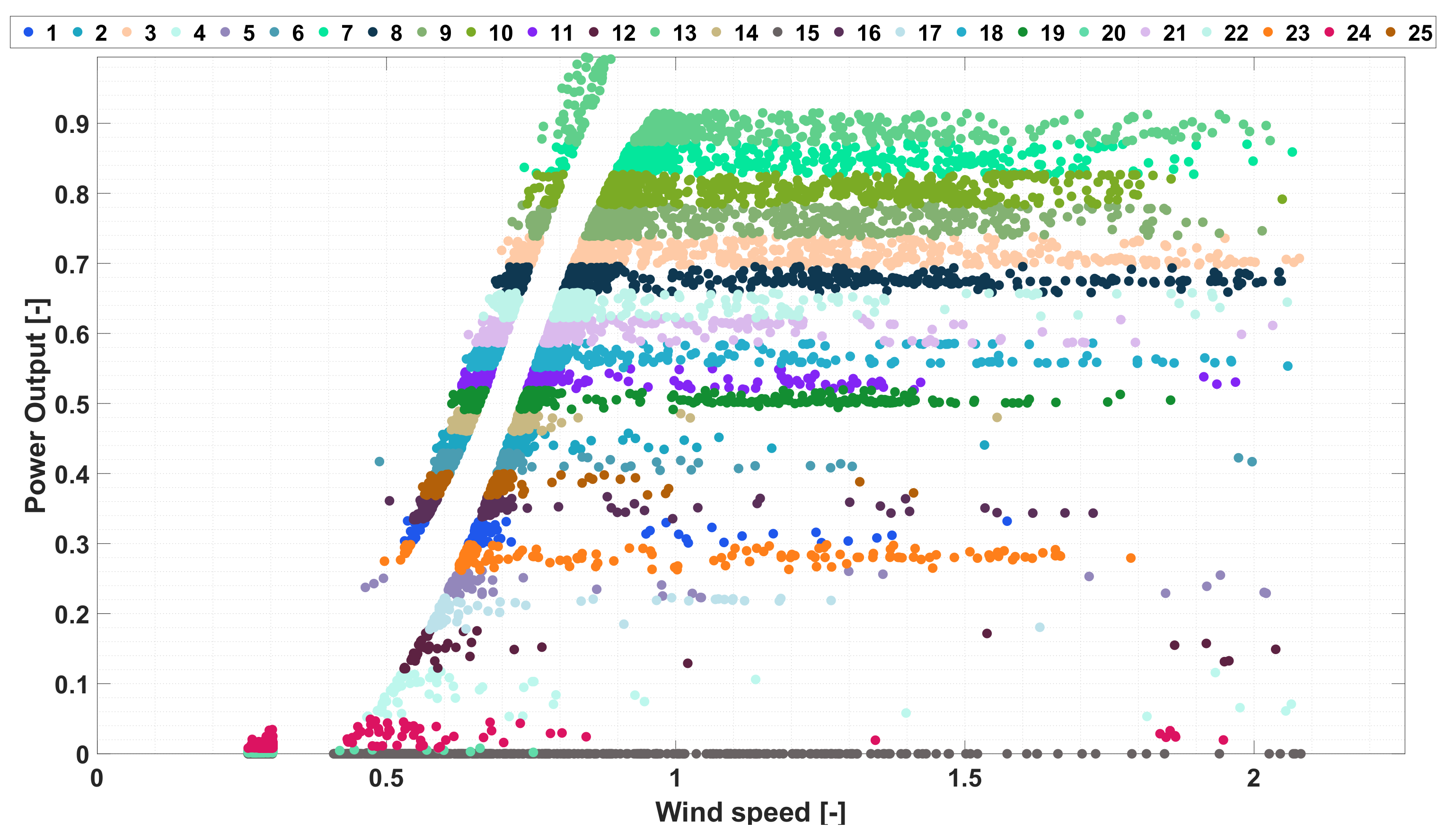 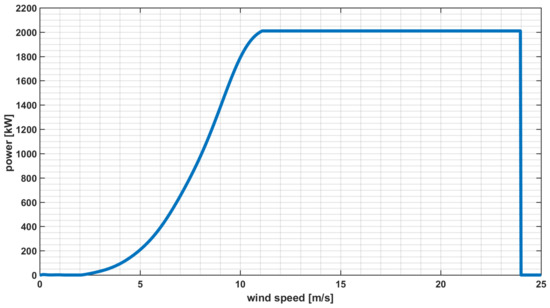 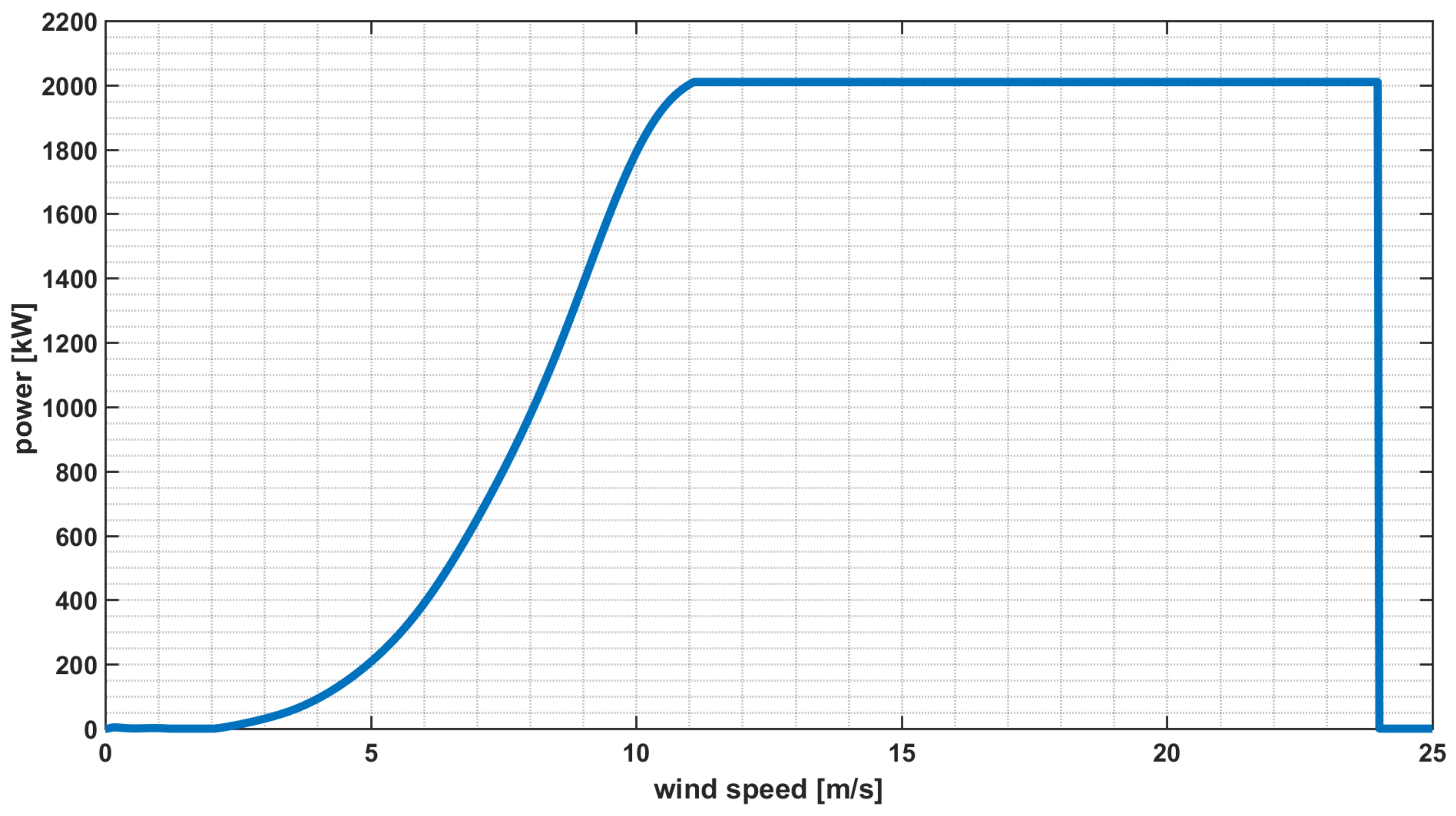 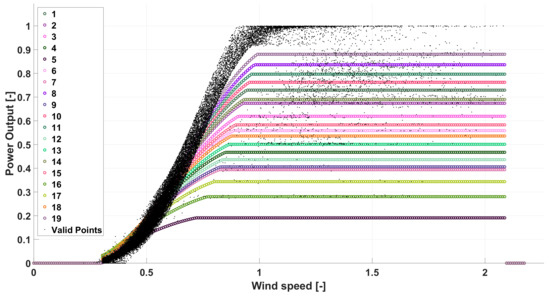 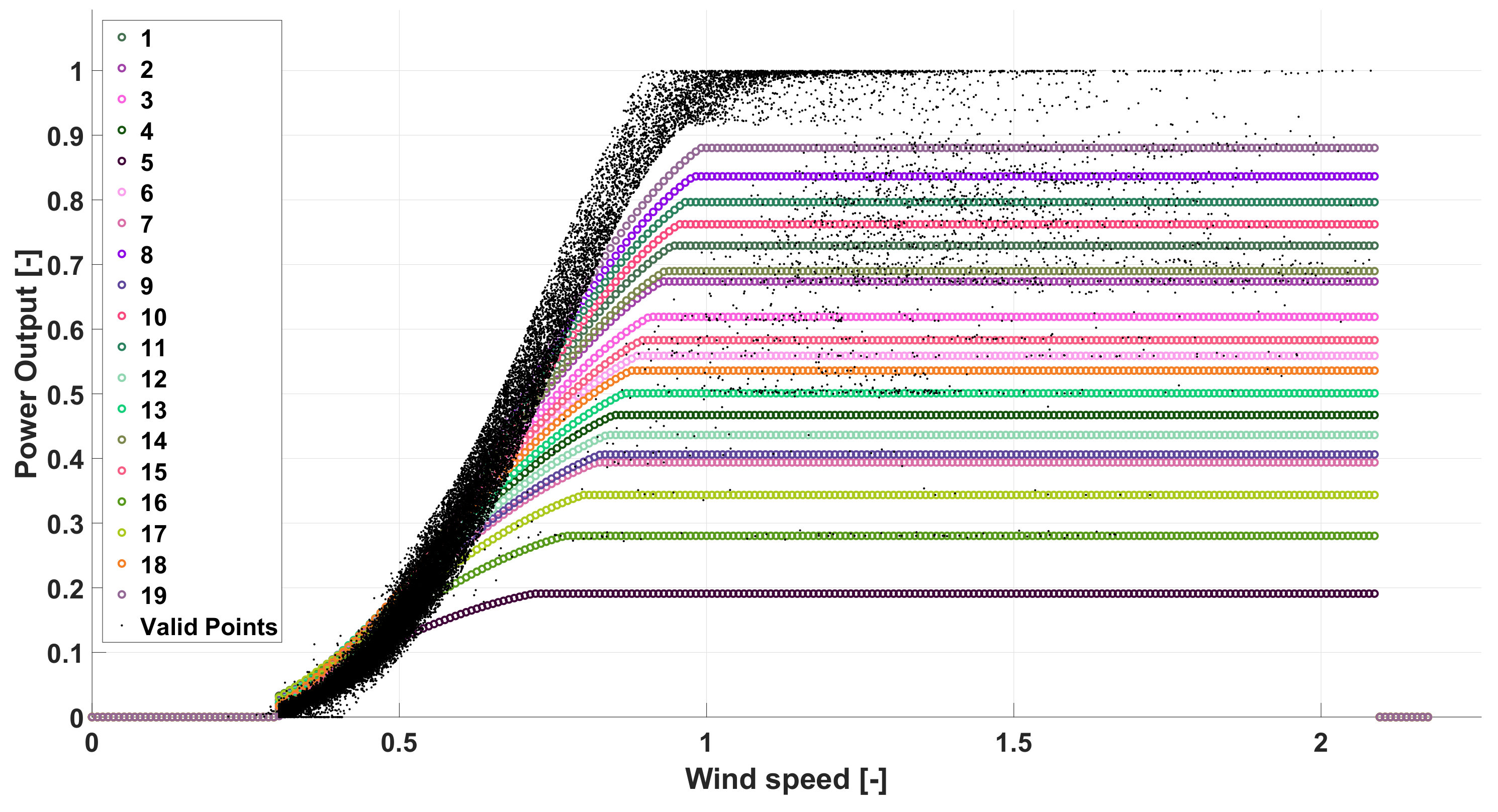 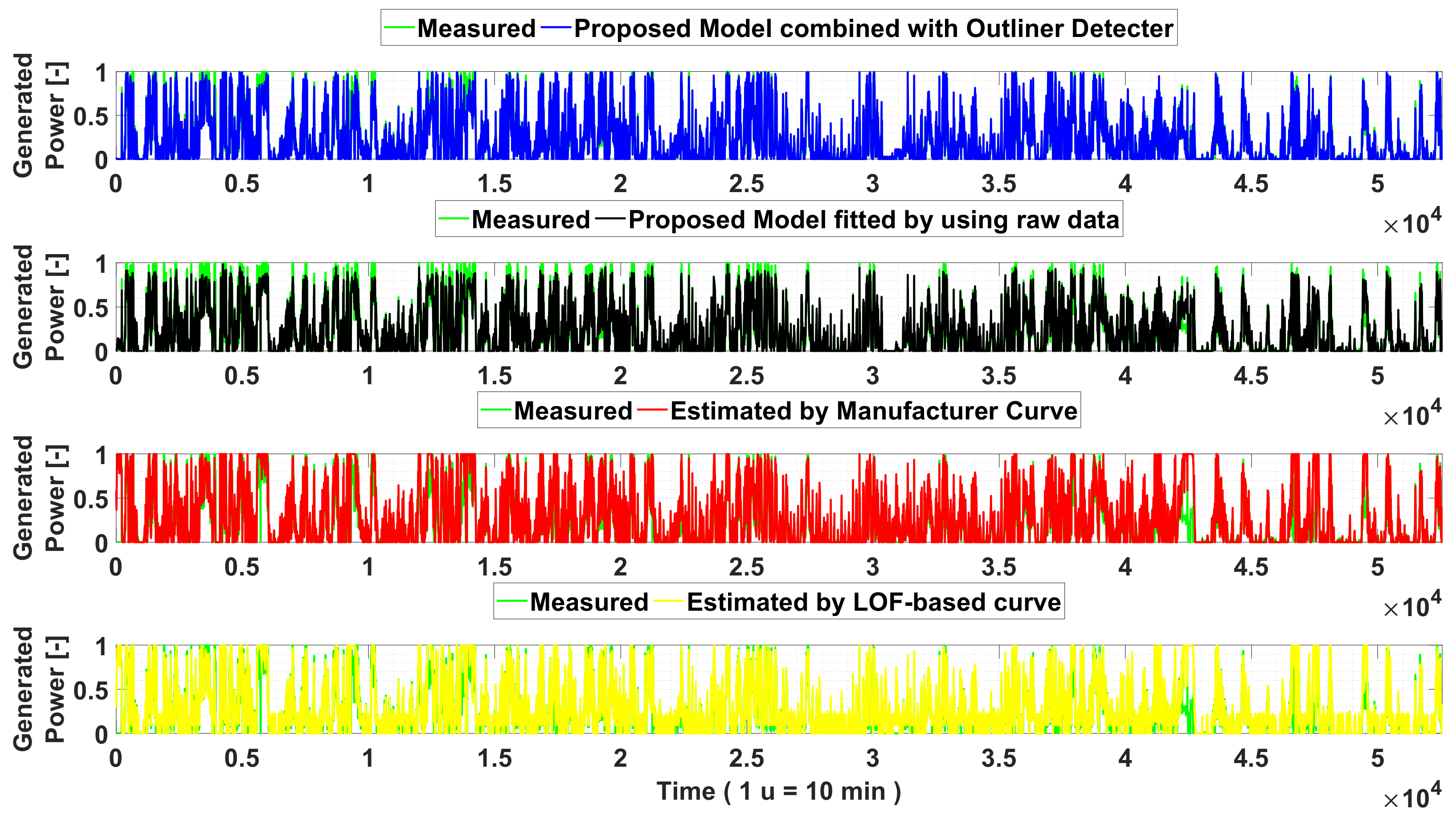 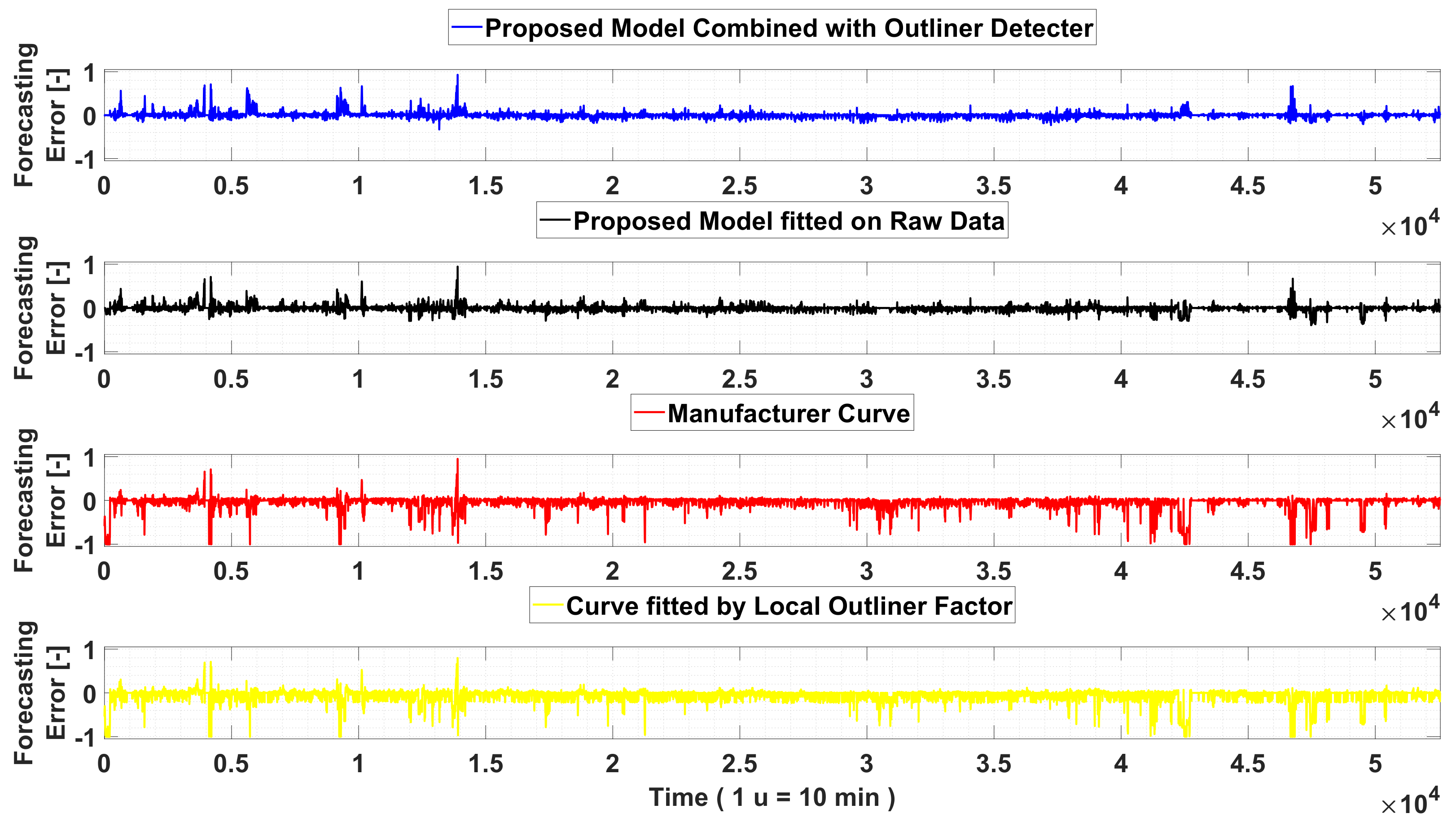 Table 5. Computational times required.
Table 5. Computational times required.
© 2018 by the authors. Licensee MDPI, Basel, Switzerland. This article is an open access article distributed under the terms and conditions of the Creative Commons Attribution (CC BY) license (http://creativecommons.org/licenses/by/4.0/).
We use cookies on our website to ensure you get the best experience. Read more about our cookies here.
Accept
We have just recently launched a new version of our website. Help us to further improve by taking part in this short 5 minute survey here. here.
Never show this again