:
In order to solve the problem that the control system of permanent magnet synchronous motor (PMSM) is difficult to meet the high control accuracy due to the influence of non-repeated disturbances such as external disturbance, system parameter variation, and friction force during operation, a novel sliding mode control (NSMC) method based on tracking differentiator (TD) and radial basis (RBF) neural network was proposed. Firstly, a new sliding mode reaching law is proposed by adding the state variables to the traditional exponential reaching law, which can effectively reduce the chattering of the system. Then, the speediest tracking differentiator is designed to estimate the given speed signal and its differential signal, to realize the novel sliding mode variable structure algorithm. Finally, the RBF neural network is used to compensate for the uncertainty and external interference of the system; the robustness of the system is further improved by adaptive weight updating. The simulation results show that, by comparing with the traditional exponential approach law, the overshoot of 22 r/min is reduced by the control method based on the new hybrid reaching law, the speed decrease amplitude is reduced by 77.1% under load disturbance, and the speed recovery time is shortened by 0.059 s. After the optimization of the new sliding mode control method based on tracking differentiator and RBF neural network, the overshoot of 86 r/min is further reduced, the speed decrease amplitude of load disturbance is reduced again by 48.5%, and the speed recovery time is shortened again by 0.073 s.
Keywords:
permanent magnet synchronous machine; new sliding mode control; tracking differentiator; RBF neural network

The direct torque control strategy is adopted in this paper, and the simplified PMSM model in the D–Q axis is: where and are the d–q axis component of the stator voltage; is stator resistance; and are the d–q axis component of the stator current; and are the inductance of the d–q axis; is electric angular velocity; is permanent magnet flux; is electromagnetic torque; is the polar logarithm.
The equation of motion of PMSM is: where is the moment of inertia; is the friction coefficient, which is generally very small; is the load torque; is the mechanical angular velocity.
If the influence of system parameter changes, external disturbance and friction, and other uncertain factors on the PMSM direct torque control system is ignored, Equation (2) can be rewritten as the equation of motion under the ideal state. where is the control rate of the controller and .
However, in practical application, the total disturbance of the control system has a great influence on the accuracy and robustness of the control, which cannot be ignored. Equation (2) can be rewritten as where , , and are system parameter uncertainties caused by , , and ; is the total uncertainty of the system, including changes in system parameters, frictional resistance, and external load, assuming bounded. where is the upper bound of the total uncertainty of the system.

3.2. Design of a New Sliding Mode Speed Controller Based on RBF Neural Network

To verify the control accuracy and tracking ability of the new sliding mode speed controller based on the tracking differentiator and RBF neural network in the PMSM control system, the Matlab/Simulink simulation model was established for simulation research. Figure 4 shows the structure diagram of the PMSM control system with the TD and RBF-SMC speed controller in this paper.
The parameters of PMSM are shown in Table 1.
The parameters of the new sliding mode controller proposed in this paper are selected as: = 300, = 0.003, = 100, = 0.02; The speed controller parameter is set to = 0.78, = 20. The PI torque controller parameters are set as = 0.00345, = 0.6. The number of hidden layer nodes of the RBF neural network is 5, and the parameter of the Gaussian basis function is , .
Simulation conditions:
Figure 5 compares the motor feedback speed curves under the four control methods. It can be seen from the enlarged figure that among the three control methods, the TDRBF-SMC control and SMC control have similar response speeds; through comparison, it can be found that the TDRBF-NSMC control has a faster convergence speed, the PMSM can reach a stable speed state in 0.008 s, the NSMC control takes 0.185 s, the SMC control takes 0.325 s, the PI control takes 0.45 s. At the turning point, the three control methods have overshoot: the overshoot of the PI control is 13.67%, the overshoot of the SMC control is 12.58%, the overshoot of the NSMC control is 10.67%, and the overshoot of the TDRBF-NSMC control is significantly reduced to 0.17%. In general, the speed convergence of the system based on TDRBF-NSMC control is faster, and the overshoot is smaller, which shows that the starting control effect is better.

2.
To verify the response speed and tracking ability of the new control method in the presence of load disturbance when the load disturbance exists. The simulation running time is 2 s, the initial speed of the electrode is 900 r/min, the PMSM is started when the load is 10 N∙m, and the load is suddenly increased to 20 N∙m in 0.8 s, runs to 1.2 s, and suddenly reduces the load to 15 N∙m. The load variation curve is shown in Figure 6. The comparison of the motor speed curves using the four control methods is shown in Figure 7.

Aiming at the PMSM system, a novel sliding mode control method based on the tracking differentiator and RBF neural network is proposed to improve the control performance of the motor speed control system. Firstly, a new hybrid reaching law is obtained by adding the state variables to the traditional exponential reaching law. Based on this, a new sliding mode velocity controller is designed, which considers the load disturbance and the uncertainty disturbance caused by the change of internal parameters. Secondly, the speediest tracking differentiator is designed to estimate a given speed signal and its derivative to realize the novel sliding mode variable structure algorithm. Finally, RBF neural network is used to approximate the total disturbance of the system in real time to compensate for the influence of uncertain disturbance on the tracking performance of the system. The desired speed signal of the PMSM system under no-load and sudden load increase or decrease conditions is taken as the tracking target of the new sliding mode controller, and the effectiveness and robustness of the proposed sliding mode control method are verified. The results show that the new sliding mode control method presented in this paper has smaller tracking errors and faster convergence speeds, and it can provide reliable support for the stable operation of the control system of the PMSM. 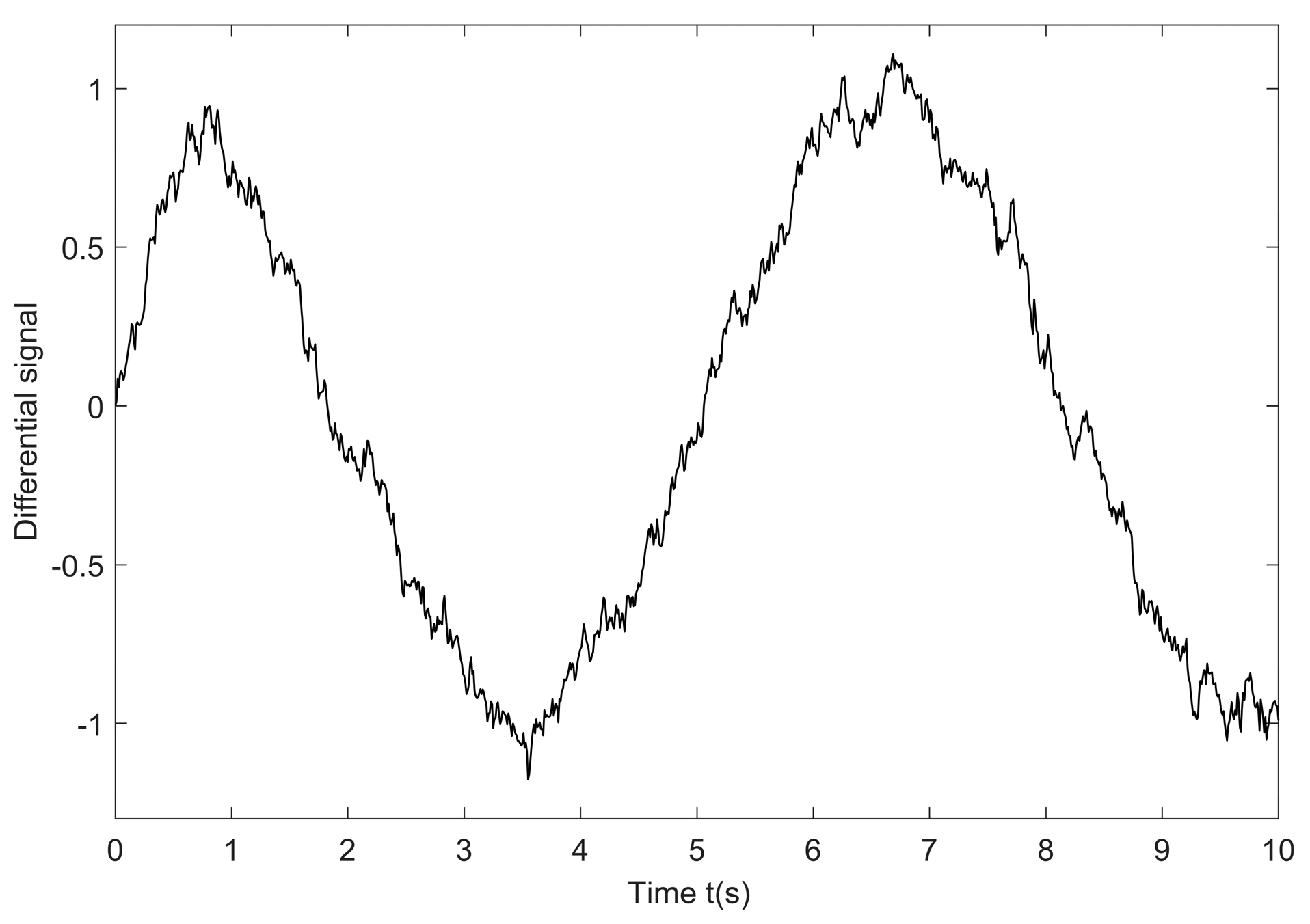 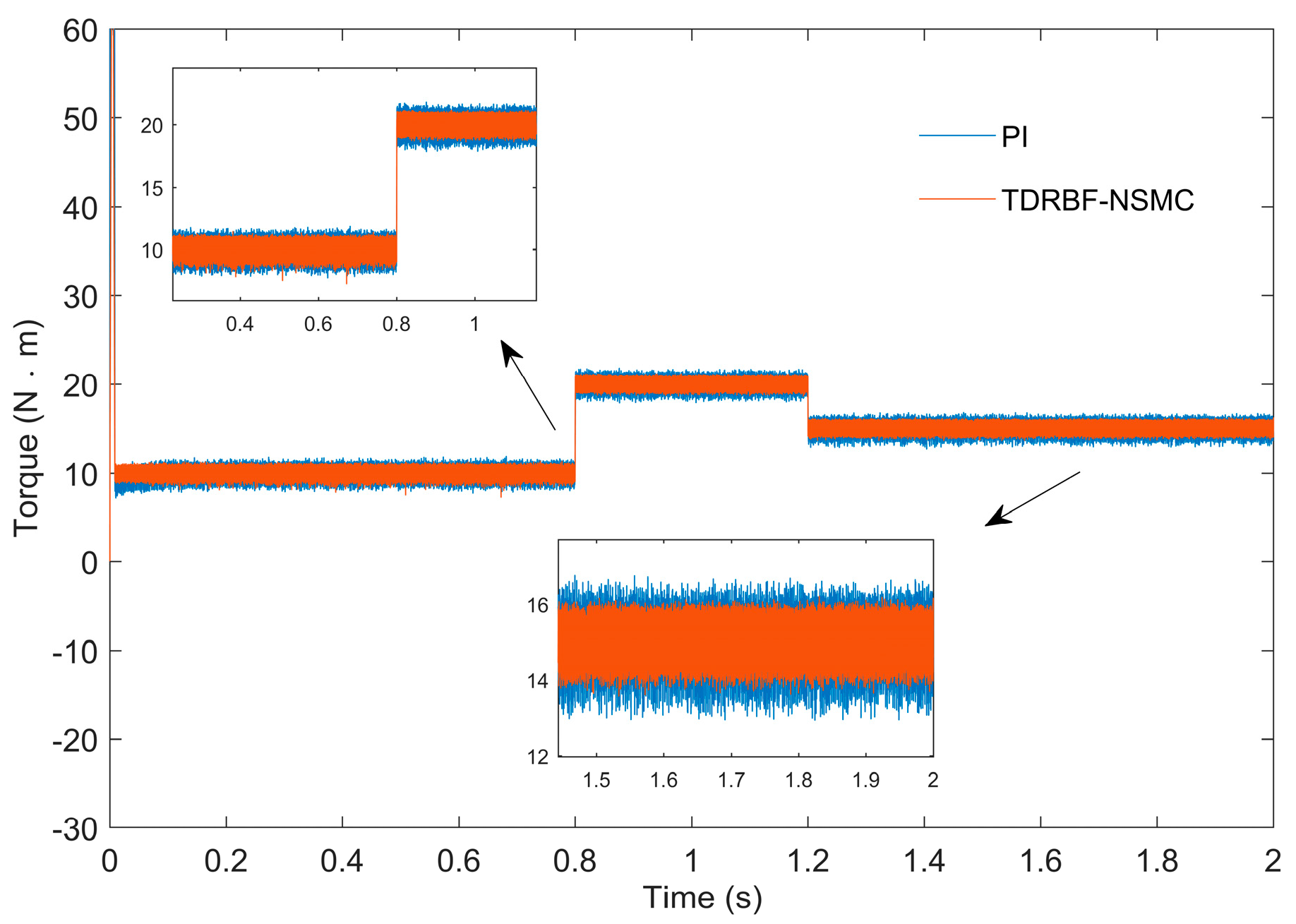 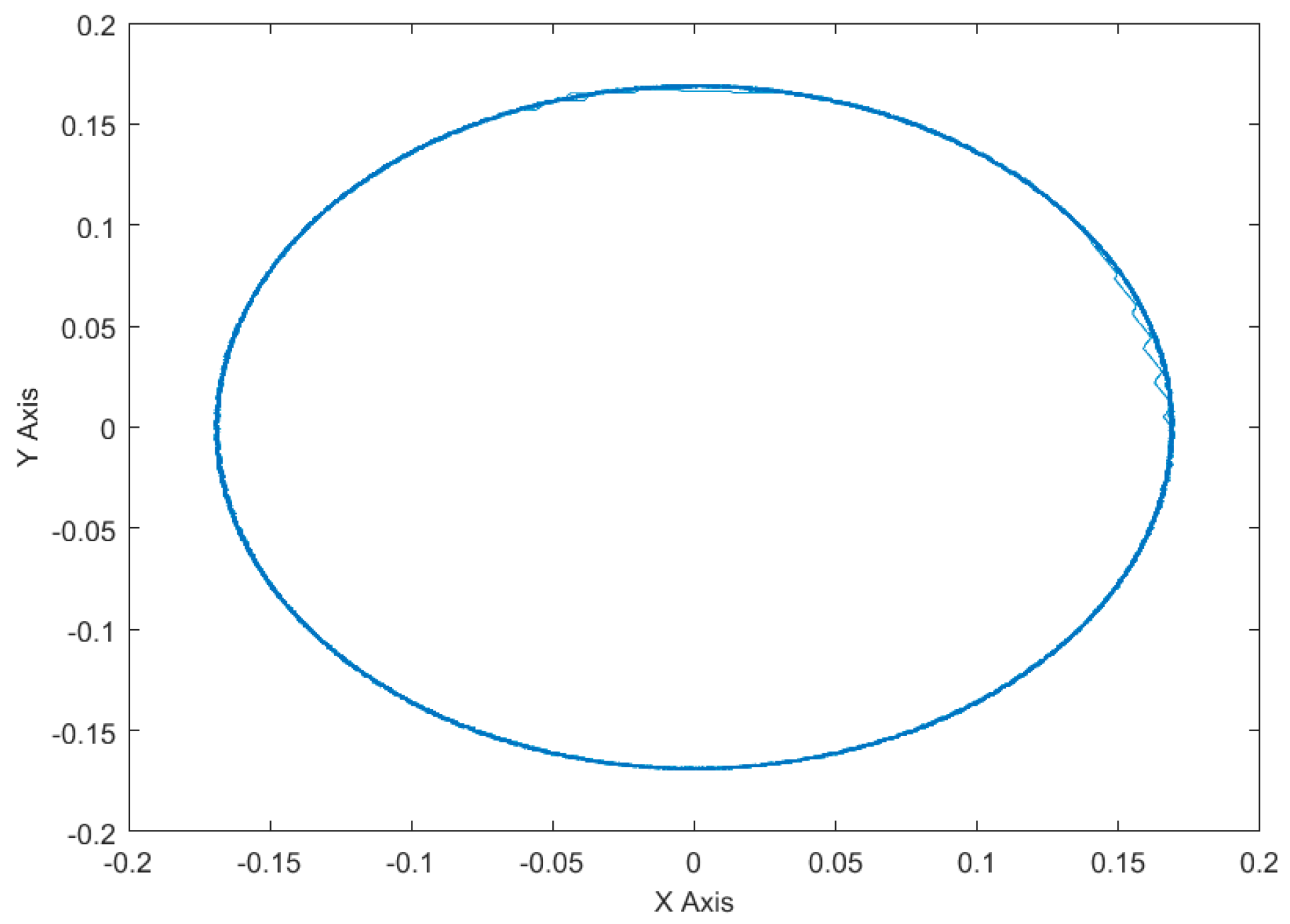