An Assessment of Airport Sustainability, Part 2—Energy Management at Copenhagen Airport
Next Article in Special Issue

Mankind uses a lot of various mineral resources for the manufacturing of goods. Most of the natural resources are exhaustive and non-renewable. However, rice waste represents a rare exception. Several hundred million tons of rice hulls (or rice husks) are generated annually. This waste material contains two types of resources. The organic part of rice hulls can be oxidized with the receipt of energy and the inorganic remnants, or ash, consists of the amorphous silica applicable for manufacturing various materials. Generation of rice hulls ash is comparable with the silica mineral extracted from the ground as a raw material for many types of products.
Irrigated rice production is one of the most crucial agricultural activities for sustaining our global population, and at the same time, is one of the agricultural sectors that is considered to be most eco-unfriendly [1]. The problem of reusing rice waste, such as husks and straw, also remains unsolved.
Use of rice hulls as a bilateral (energy and mineral) resource is limited due to the difficulties of its combustion and low density. Transportation of rice hulls to industrial centers for generation of energy and high technology processing of the resulting ash is not economically effective. Moreover, rice production is concentrated in agricultural regions with underdeveloped industries. It is difficult to implement the construction of powerful electrical stations or enterprises for deep reusing of rice hulls ash. However, the uniqueness of rice hulls consists in combining the energy and renewable material resources in one material. The required construction material made from rice hulls ash could be produced using the energy of the same rice hulls.

Rice hulls produced in the Krasnodar region of Russia were used. Complex research provided a successful analysis of the resource potential of rice hulls. Pyrolysis of the rice hulls was performed with a STA 449 F1 device for the synchronous thermal analysis (Netzsch, Selb, Germany), allowing the thermal analysis of a sample to be performed with simultaneous recording of its thermal gravimetric and calorimetric characteristics. The gaseous products were analyzed with a QMS 303 CF Aeolos mass spectrometer (Netzsch, Selb, Germany). The results were processed using the appropriate software. An X-ray diffractometer Shimadzu XRD-7000 (Shimadzu Corporation, Kyoto, Japan) and a scanning electron microscope HITACHIS-3400 (Hitachi High-Technologies Corporation, Hitachinaka, Japan) were used.
The cellular structure materials were prepared from rice hulls ash and sodium hydroxide. The standard rice hulls ash, containing 6.5% of carbon, was additionally oxidized in rich oxygen atmosphere containing 0.2% of carbon after oxidation at 550 °C. The samples were prepared by mixing the 14.5 M solution of sodium hydroxide and the low-carbon ash by impregnation of the moisture capacity. The resulting mixture was dried at 90 °C and then calcinated at 780 °C. The prepared composition was heated at 780 °C for one hour.

A key to the efficient development of rice hulls reuse is exploitation of the full potential of the organic and inorganic material. The initial rice hulls are shown in Figure 1a. The energy generation is possible by oxidation of the rice hulls in the flame. Burning proceeded slowly and with difficulty due to the high concentration of inorganic silica and the low permeability of the husk layer. The rice hulls ash that appears during the usual process of burning has a lot of residual carbon (Figure 1b).
Generation of energy is more effective in intensive methods, for example, in pulverized fuel-fired steam. The whole organic part is oxidized in this process and it is possible to separate the energy potential of the rice hulls as much as the potential of any other organic waste. Pyrolysis without air leads to obtaining flying organic substances and coal; both can be separately used later as fuel. The resulting ash consists of amorphous silica. All these components of rice waste are considered usually as independent resources.

3.1. Weight Loss of a Sample in the Process of Pyrolysis

The thermogravimetry analysis was carried out in air and in the inert atmosphere of argon. Figure 2 shows the corresponding thermogravimetry (TG) and differential thermogravimetry (DTG) curves. One can observe three stages of decomposition for a sample in air atmosphere.
The first stage of mass loss at 80–120 °C can be attributed to the removal of physical water. Further heating of the dry material does not lead to noticeable changes up to a temperature of 220 °C. The second stage of mass reduction is observed from approximately this temperature up to a temperature of 370 °C. This effect can be explained by the decomposition of the organic component down to carbon and the removal of volatile organic compounds from the sample. This version is confirmed by the TG and DTG curves similarity at the second stage and their difference at temperatures above 370 °C, when a pronounced third stage of mass loss is observed on the TG curve, for the sample in air atmosphere. However, there is no similar effect of mass loss above 370 °C for the sample in argon atmosphere.
The carbon, which remained after the removal of volatile organic compounds, is intensively oxidized by air oxygen at the third stage, at temperatures of 370–575 °C. The residual carbon remains unchanged when the sample is heated in an argon flow; the slight decrease in mass of the TG curve, in this case, can be explained by the presence of trace amounts of oxygen in the inert gas.
Thus, in the process of heating the rice hulls, three temperature intervals can be distinguished. At the first stage of 80–120 °C, the material is dried and its water is removed. At the second stage, above 220 °C, volatile organic compounds are removed from the material; this process is completed at 370 °C, when only carbon and inorganic ash remain in the material. At the third stage, from 370 °C to 575 °C, carbon oxidation occurs in the presence of oxygen. After the combustion of all the carbon, the remaining mass of about 20% of the weight of the initial sample is non-combustible residue ash, which is supposed to be composed of silica.

This way of decomposition is confirmed by the mass spectrum data presented in Figure 3 and Figure 4. Acetone, acetic acid and furan are the most typical products of cellulose and wood pyrolysis. Observation shows that compounds are evolved only at the second stage of the process with a very narrow interval: 325–341–347 °C. There is an absence of any flying organic substances discharged at the third stage.
The evolution of water and carbon dioxide looks very different here compared with inorganic substances. Water steam evolution occurs for the first time at low temperatures of 70–150 °C in the first stage and it corresponds to the physical water evaporation. The aforementioned second stage of mass loss on the TG curve is attributed to the removal of volatile organic compounds. It is natural to assume that in the presence of oxygen in the atmosphere these compounds will be oxidized to water and carbon oxides. Indeed, the ion currents of water and carbon dioxide have characteristic peaks in the temperature range of the second stage, with a maximum at 347 °C.
If the third stage of mass loss of a sample in the presence of oxygen is attributed to pyrocarbon oxidation, as it was suggested above, then in the appropriate temperature range, one should assume the presence of carbon dioxide alone in the gas phase and the absence of water vapor. Indeed, on the ion current curves, a peak is observed only for the ion current of carbon dioxide, with a maximum at 516 °C.
Therefore, an assumption concerning the nature of the three stages of the rice hulls mass loss upon heating is confirmed by the results of mass spectroscopy. When the rice hulls are heated, the physical water is removed first, then the volatile organic compounds, and only then the remaining pyrolytic carbon is oxidized by oxygen.

3.4. Structure of the Rice Hulls Ash

Free firing of rice hulls leads to ash with a high quantity of carbon, as it is possible to see in Figure 6. Thermogravimetry analysis of this ash shows the content of carbon to be 6.5%. The reduction of carbon content in resulting ash is possible by various methods. One can increase the concentration of oxygen; however, the most technologically correct method is the use of a pulverized burning system. Oxidation in rich oxygen atmosphere was used for preparation of the ash, with the content of carbon reduced to 0.2%. The sample of the resulting silica product is shown in Figure 7. The low content of carbon in the sample is obvious.
The results of the X-ray diffraction analysis are shown in Figure 7; they confirm that the sample obtained by burning in the usual atmosphere is amorphous silica. Burning in the oxygen-rich atmosphere resulted in forming a cristobalite phase in the silica sample. Presumably, this fact is due to high temperatures of burning in cases of high concentrations of oxygen.
Amorphous silica is achieved as a result of burning the rice hulls. Intensification of the burning process and the corresponding increase of temperature in the flame lead to the formation of a cristobalite phase in the ash. However, the cristobalite content is too low and this crystal phase is unlikely to interfere in further processing of the amorphous silica.

The amounts of gases, which evolved in the process of glass formation from polysilicates at temperatures of glass thermoplasticity, can be enough for the creation of cellular glass. Since the synthesis of glass from a polysilicate chain is essentially the process of eliminating water, it has been found that steam will be the main gas evolved in the course of heat treatment of an alkali-silica composition [2,3].
The cellular structure materials have been prepared according to the above-mentioned procedure, using rice hulls ash and sodium hydroxide. At temperatures of glass thermoplasticity, the steam can actively oxidize carbon through the reaction of steam conversion [4]. The presence of carbon in silica ash promotes the increase of gas formation inside the material during heat treatment.
The obtained samples have the cellular structure shown in Figure 8. The density of both samples is 210–220 kg/m3; the effect of the cristobalites presence in one of the samples has not been found.

Rice hulls are an agricultural waste produced in hundreds of millions of tons annually. The material has up to 20% silica in its composition. Due to the high percentage of ash and the reduced concentration of organic substances, the rice hulls are not effective as an industrial fuel. However, the unique combination of organic and inorganic components, namely, the rice hulls ash, allows us to use rice hulls as a complex raw material for heat insulation of foamed structure material manufacturing in agricultural regions of rice production. The uniqueness of rice hulls as a renewable resource is in its self-sustainability. The material contains not only silica as a basis for building material manufacturing, but also enough fuel for organizing such a manufacture.

A.K. conceived the experiment and methodology. I.G. performed the experiment, and carried out the data collection, analysis and writing. I.V. and L.R. provided funding, guidance, and editing of the paper. M.K. provided the analysis using thermogravimetry and mass-spectrum.

The authors would like to thank Korotaev V.N. and Rossomagina N.I. for their assistance with this project. 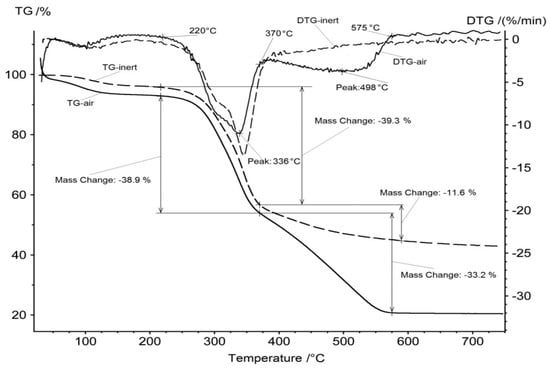 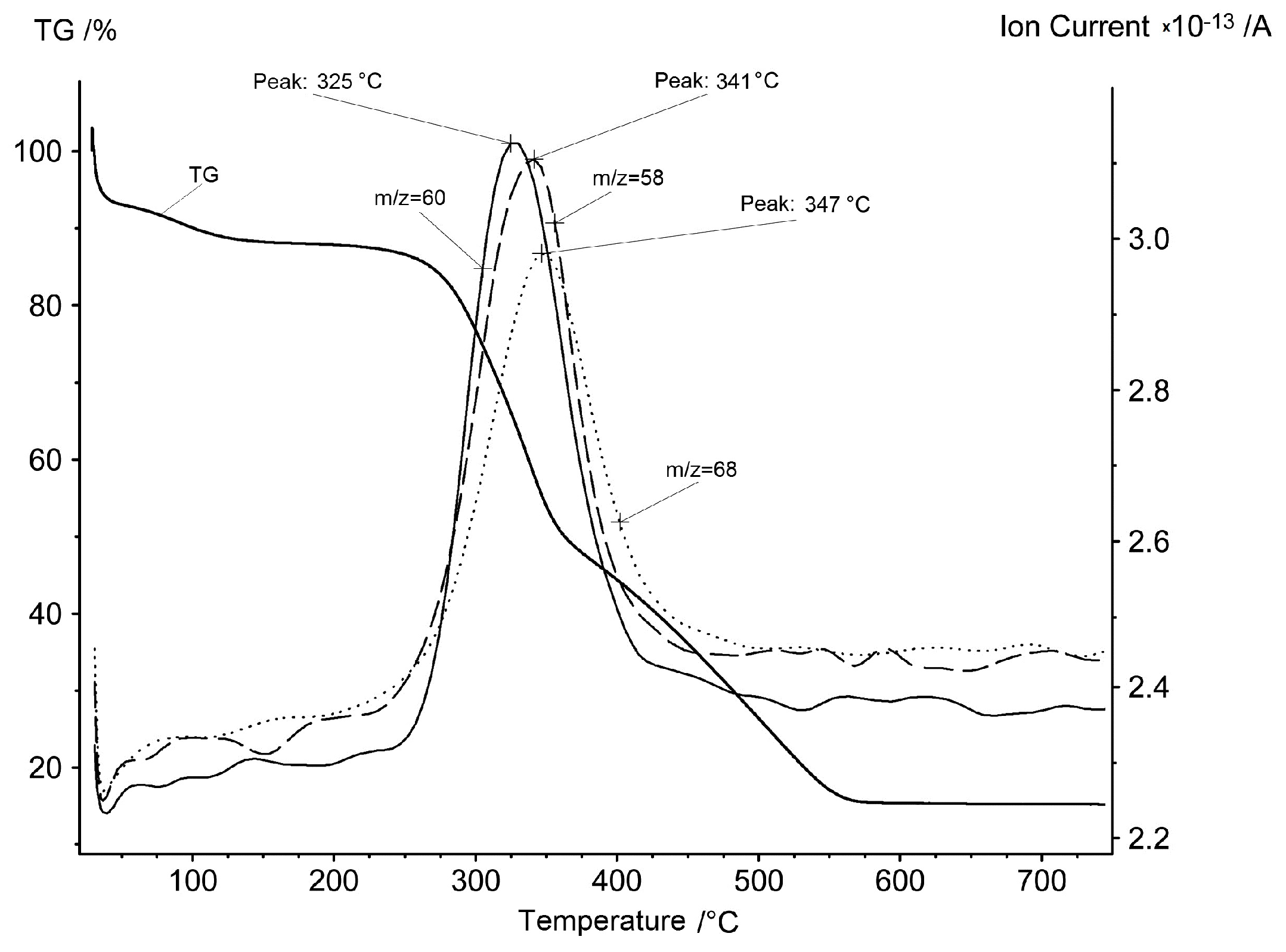 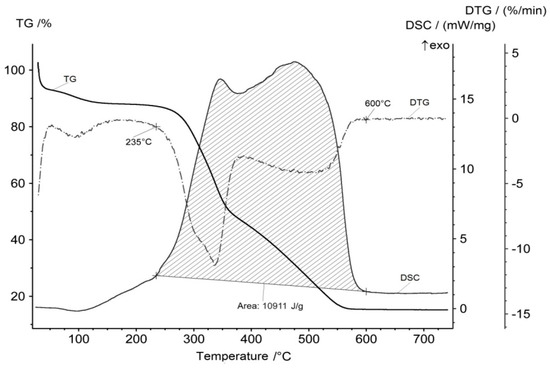 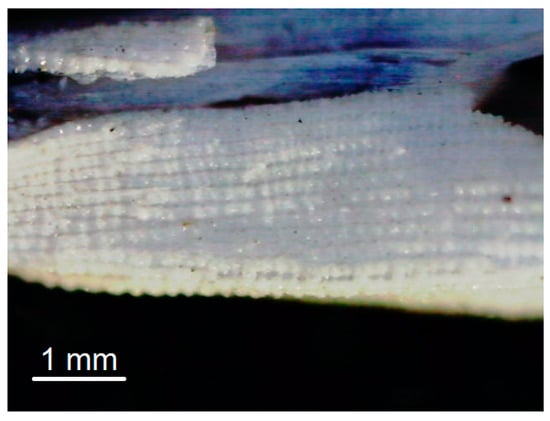 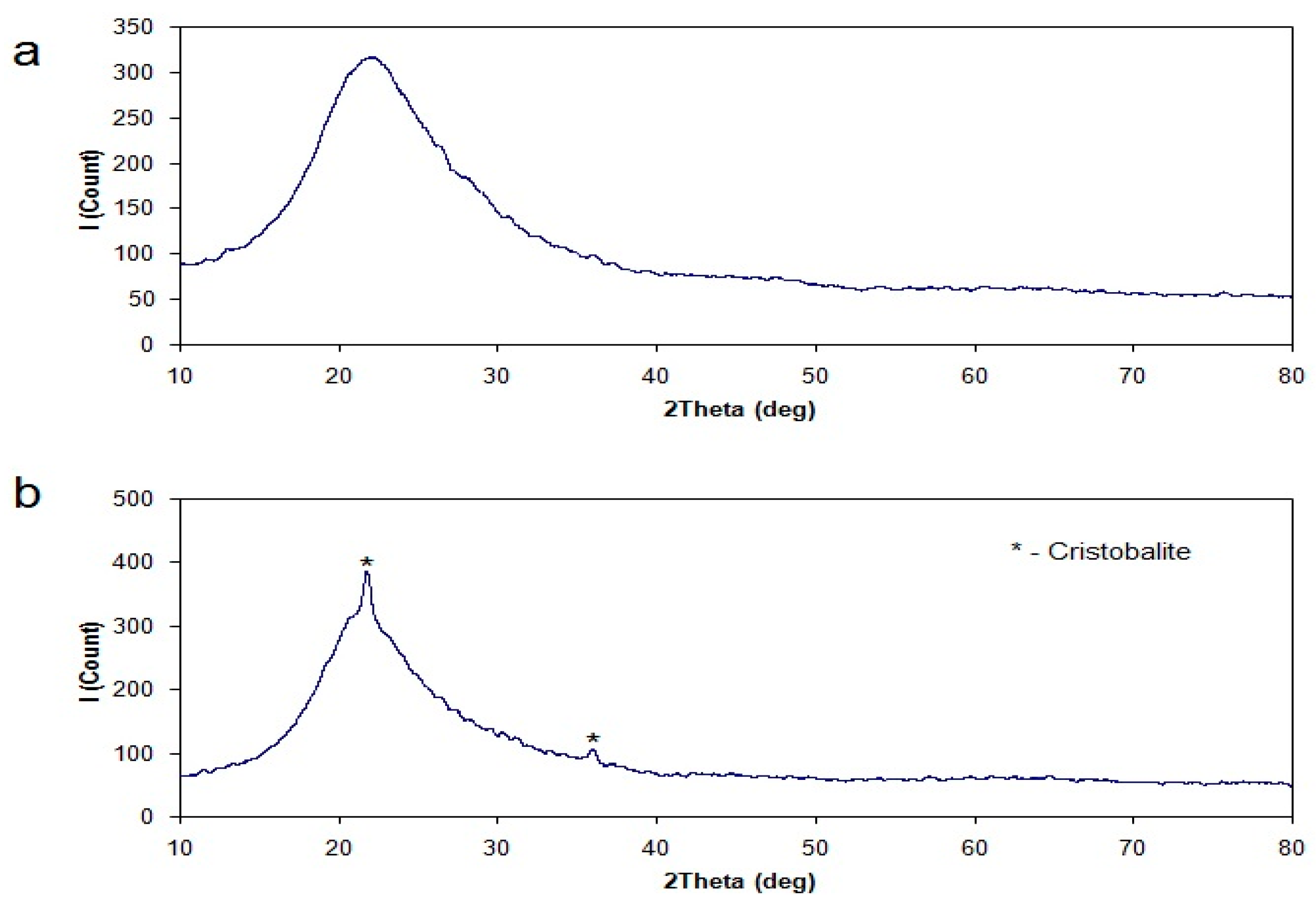